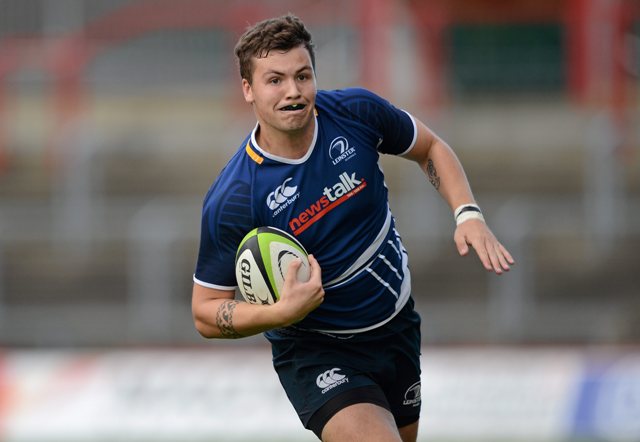 The Ireland Under-20 side to face New Zealand Under-20s in the 3rd place play-off of the IRB Junior World Championship has been named.

Head Coach Mike Ruddock has made a number changes to the side that lost out to England for their final game of the tournament.

Leinster’s Peadar Timmins will captain an Ireland Under-20 team with 10 Leinster players in the starting XV against New Zealand in the Junior World Championship 3rd place play-off this Friday.

The back row sees Timmins joined by Rory Moloney who is named at openside flanker with Frank Taggart moving to No. 8.

Friday’s match will see two Leinster players starting in midfield, with Harrison Brewer in the centre along with Garry Ringrose.

Ringrose has been named in the IRB shortlist of four nominees for the IRB Junior Player of the Year 2014 Award. The winner will be announced following the final at Eden Park in Auckland on Friday. Click here to vote for Garry.

Jack O’Donoghue has been ruled out of the game as he continues to observe to the ‘return to play’ concussion protocols.

Dylan Donnellan and Oisin Heffernan both make their first start of the tournament partnering Peter Dooley in the front row with Darragh Moloney named in the second row alongside Ross Moloney.

Speaking ahead of the final test, Ruddock said: “Trying to defeat a New Zealand team in Eden Park is a formidable challenge for any Irish team but we will give it our best shot.”

TG4 have confirmed that they will broadcast this game live on Friday morning ahead to the IRB JWC Final. They will also show highlights of the game at 8.30pm on Friday evening (Irish Time)