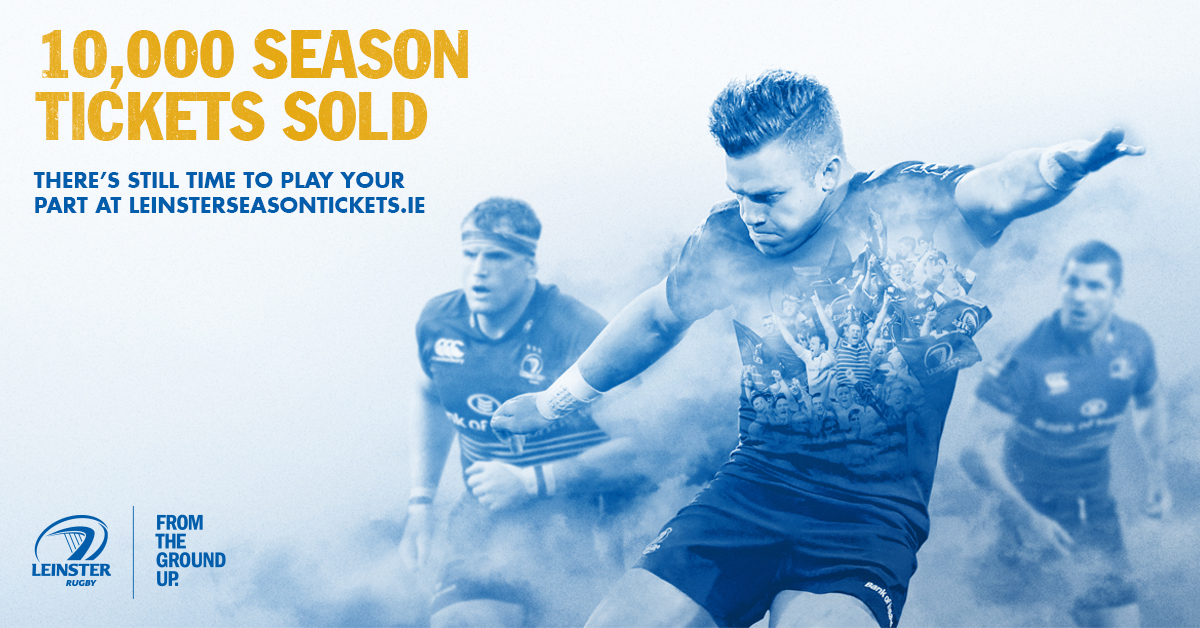 Leinster Rugby is delighted to announce today that thanks to the fantastic support of followers all over the province and further afield that we have now sold 10,000 Season Tickets for the 2015/16 season.

Season Ticket holders also get priority access to tickets for knock-out games such as this season’s Champions Cup quarter-final against Bath in AVIVA Stadium and the semi-final against Toulon in Marseille.

The announcement that 10,000 supporters have already signed up to play their part next season comes ahead of an exciting time for Leinster Rugby with Johnny Sexton and Isa Nacewa returning to the province, as well as the plans for the redevelopment of the RDS Arena taking shape and scheduled to be completed for the beginning of the 2017/18 season.

A Leinster Season Ticket can be purchased at a cost of less than €;20 per game across the whole season, which represents fantastic value for any match-going supporter.

Where Your Money Goes… 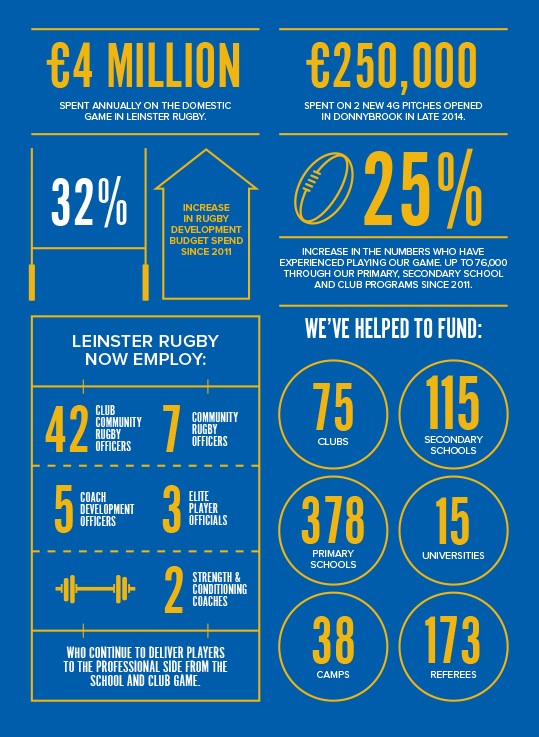