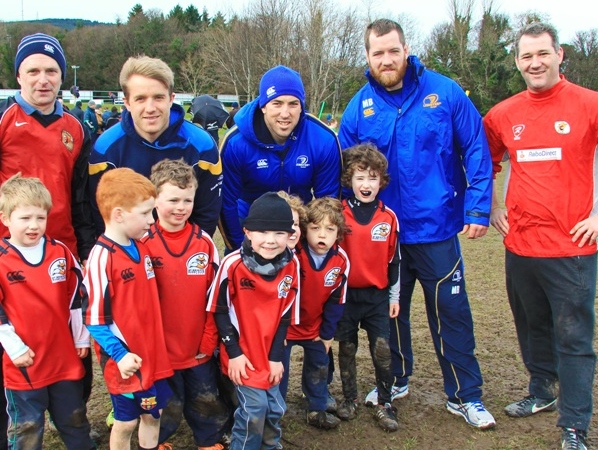 The Kieran Burke Festival of Rugby was set up in honour of one of our youngest and most enthusiastic players (who also had the privilege of being a former Leinster mascot) Kieran Burke and it returns this year on the 22nd February.

In conjunction with the Burke family, De La Salle Palmerston FC devised the tournament, with the inaugural event being held in January 2005. Since then it has grown to become not just the largest rugby, but sporting event, for the U6 /U7 age group in the country. With this year being the 11th consecutive year of the tournament.

The festival is a non-profit event, with any excess income and donations raised on the day going to the National Children’s Hospital in Crumlin. The idea behind the festival is to enable this age group to participate in a safe sporting event.

As anyone involved in coaching children in any sport at this age group will tell you, even trying to get them to stand still can be a task! So needless to say the build up to their “first tour” to a festival, creates a huge level of excitement, with a very high decibel level!

This year’s event will see over 30 clubs from all over Leinster taking part, which in terms of numbers is in excess of 2,000 people on the day, consisting of participants, parents, coaches, and support teams. DLSP exclusively reserve their impressive 16 acre facility for this event, with the full support of everybody at Leinster Rugby, who have been 100% supportive since the festivals’ inception.

Needless to say it takes a large enthusiastic group of volunteers who run the event by way of administration, facilities, health and safety, catering, etc. to make sure that an event of this magnitude is run successfully, and with this in mind the Burke family with DLSP would like to say a big thank you to every one involved.