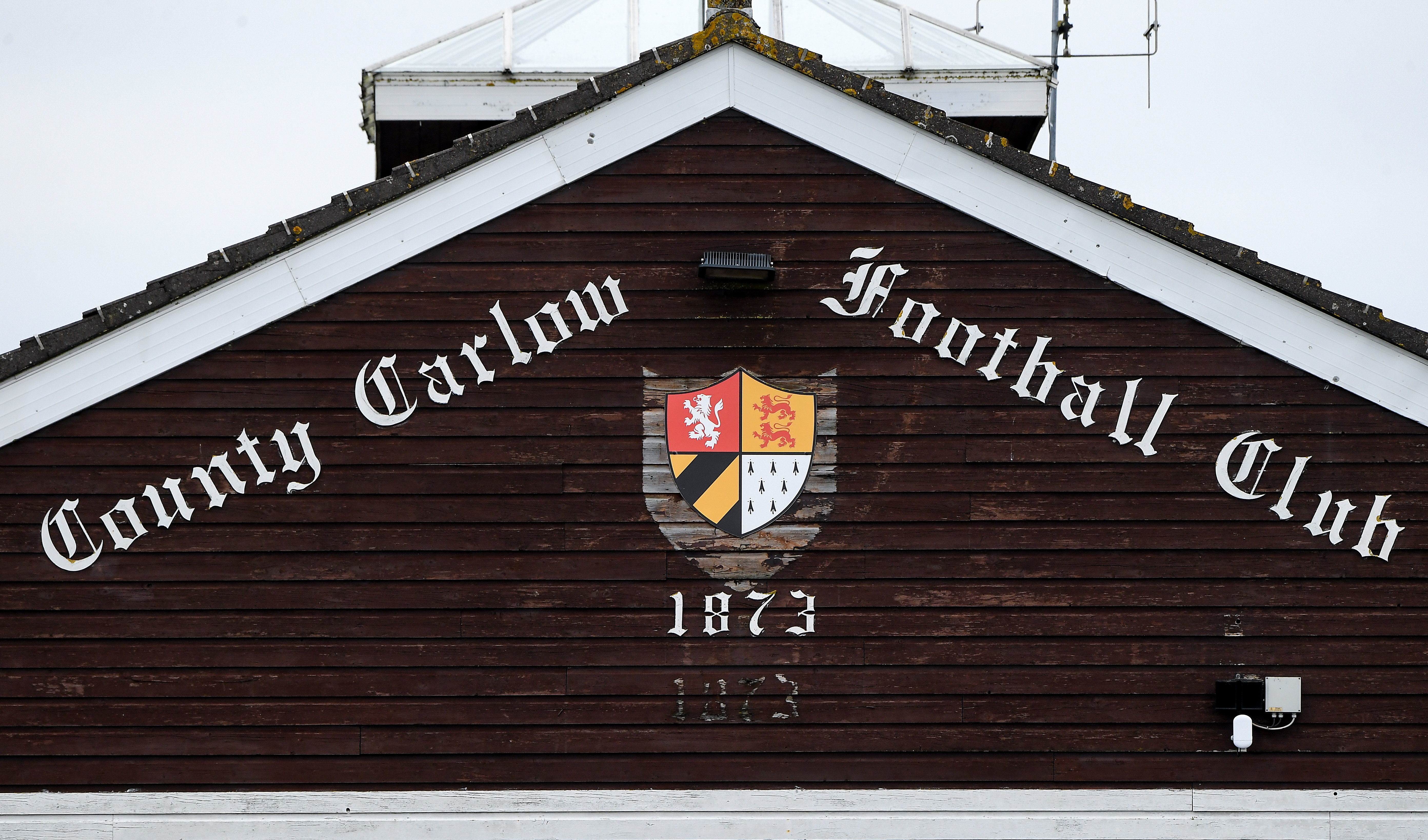 As part of a new Leinster Rugby TV series called ’12 Counties, One Club’, we visited County Carlow RFC to speak to club members.

They regaled us with stories of their beginnings in the club, what it means to them and how they have seen it change over the years that they have been involved.

County Carlow Football Club is one of the oldest clubs in Ireland, set to celebrate its 150th anniversary in 2023.

It has a long and proud tradition underpinned by many achievements in Junior and Senior rugby.

They were promoted into the AIL in 1997 and joined the chase for greater glory around the rugby fields on the island.

This halcyon period produced five consecutive seasons in Divisions 4 to Division 1 from 1998 to 2003 and back-to-back Leinster Senior Cups in 2003 and 2004.

That was then. This is now. Currently, County Carlow is fighting the good fight in Division 1B of the Leinster League.

“Overall, our goal is to get back to winning Towns Cups again on our way into All-Ireland League rugby,” says committee member Melvin Elmes.

“We are a long way from that at the moment. These are different times. We will have to make it back to the AIL with players that come up through our minis and youth system.

“In those years, the same as every other club in the country, we made no bones about it, we had to bring in outside players to maintain our momentum.”

That top-down strategy of bringing in players to lift the standards of those already there worked for many years. But, it came with unsustainable costs.

County Carlow started to drop through the divisions, returning to the Leinster League where they have been toiling away.

“At the moment, we are allowed to bring in one overseas player. But, we are not doing that anymore. The onus is on us to produce the players,” he states.

In an overall context, it is a competitive world out there where multiple sports clubs are vying for the attention of children.

It is not enough to simply exist and trade on a stellar reputation. There has to be a campaign to grow the numbers streaming into the club and to keep them coming in.

In that regard, County Carlow has committed to being agile in how it welcomes in the new and existing members and how it reaches out to make new connections in the community.

There is a five-year strategic plan which includes short and long-term goals to be achieved on and off the pitch.

It is subdivided into the development of five areas: rugby, grounds, facilities, governance and structure. 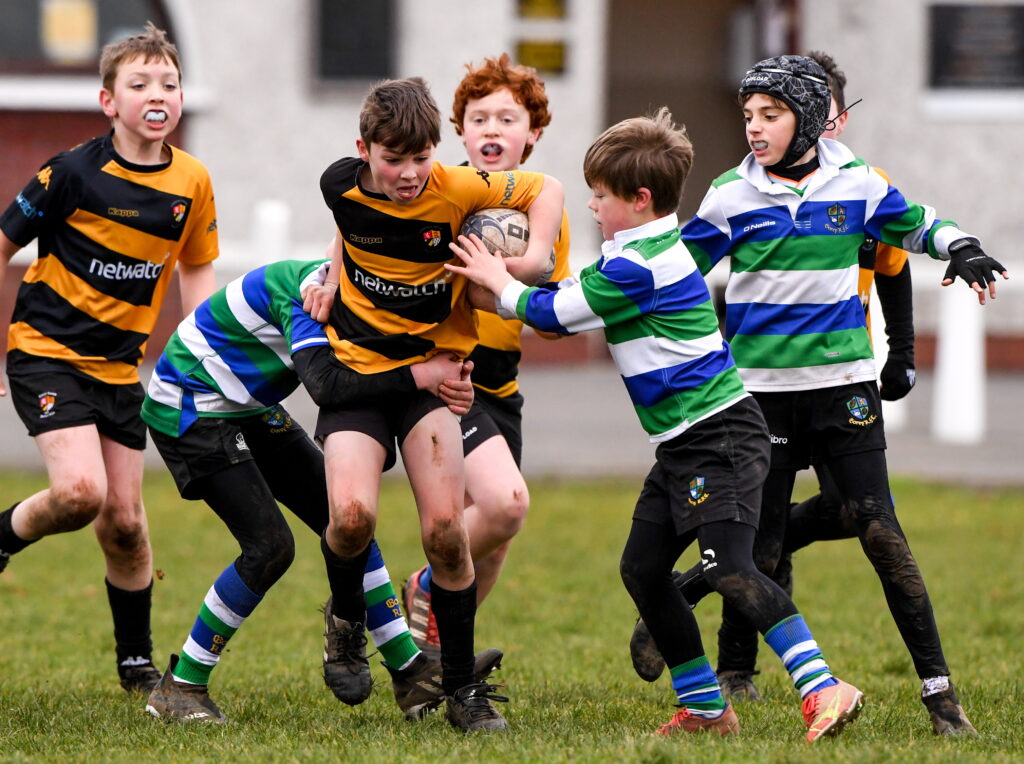 The club is becoming a victim of its success in that pressure on space is driven by the increase in numbers, splitting the minis into two groups, six to nine-year-olds practicing from 9.30-10.30 and the remainder from 10.30-11.30.

In minis rugby, there are in the region of 200 kids at the club on a Saturday morning for sessions, co-ordinated by Robert Keady. At youths rugby, there are 100 boys and girls, spread across six teams, currently managed by Brendan Carbery

County Carlow also has an all-inclusive ‘Bees Squad’ managed by Aurlene Browne and Muireann Brennan. The attitude of volunteering back to the club is there in the involvement of past-players, parents and members.

“It is a family club. There are approximately 165 families attached to the club. There are 71 families directly involved in the running of the club whether as coaches or committee members,” says Elmes.

“There are 100 volunteers that willingly give up their free time to make County Carlow what it is to all of us. We are not saying we are any different from, or any better than, any other club.”

This enables a commitment to a minimum three-person coaching team for all levels of youth and mini rugby in line with a mini youth and senior player retention plan.

Director of Rugby Derek Cope oversees the strength in playing depth from the 66 male players. The seconds are setting the pace in 1B of the seconds league and the J3s focus on the Anderson Cup.

The long-term targets revolve around winning the Towns Cup, reaching out to promote rugby in all the schools in Carlow through Club Community Rugby Officer Gavin Whitney.

There is a strong desire to increase the number of girls at minis, youth and adult levels by at least 10 per cent every year.

They already have ‘The Rhinos’ girls teams which evolved from a very successful working group with neighbours Tullow RFC.

Further, there is a drive to actively attract the community into the club.

“We intend to put in a walking track around the pitches for the parents and locals to use during training or at other times of the day,” says Elmes.

The club wants to launch and establish an annual community volunteer event to grow the number of volunteers and celebrate those already involved in the club.

The process to have floodlights on all three pitches began, starting with the top training pitch.

At the moment, the club is planning for Phase 2 of their training lights due to commence in April and is set to take eight weeks.

Everything is in place to complete the process thanks to funding by a Department of Transport and Tourism Sports Capital Grant, club fundraising and membership

“We have continually worked on the grounds where monies are available to us,” says Justin Hannon, the chairman of development.

This is micro-managed by Ian Dwyer, chairman of finance, his committee and honorary treasurer Terry Cassidy.

“We are very reluctant to go down the road to an all-weather, artificial pitch. We hold the opinion that it is not sustainable for Junior clubs due to extra costs, such as the maintenance fees etc,” declares Hannon.

“We would prefer a state-of-the-art grass pitch. At the moment, our surface is not bad. But, we have applied for grant aid to help us level it and reseed it.

“We have all the other infrastructure. We have the stand. We have the lights. We just need to upgrade the pitches.”

The bathrooms are up for redevelopment and there is an eagerness to turn the famous ‘triangle’ area into a mini rugby/training pitch and an outdoor gymnasium by the end of this year.

Further, there are plans to resurface the car park and for the gym, hall and kitchen to contribute financially to the club as a rentable space for functions, fitness classes, as a training venue or a performance/exhibition space.

“The purchase of a pitch maintenance vehicle and complementary equipment has been approved along with an application for green flag status which encompasses a pollinator plan, a waste policy and litter plan,” notes Donald Daly, chairman of house and grounds.

There is a will to increase cooperation with other community organisations in the local area and to engage with other clubs and groups with at least one new formal collaboration each year. 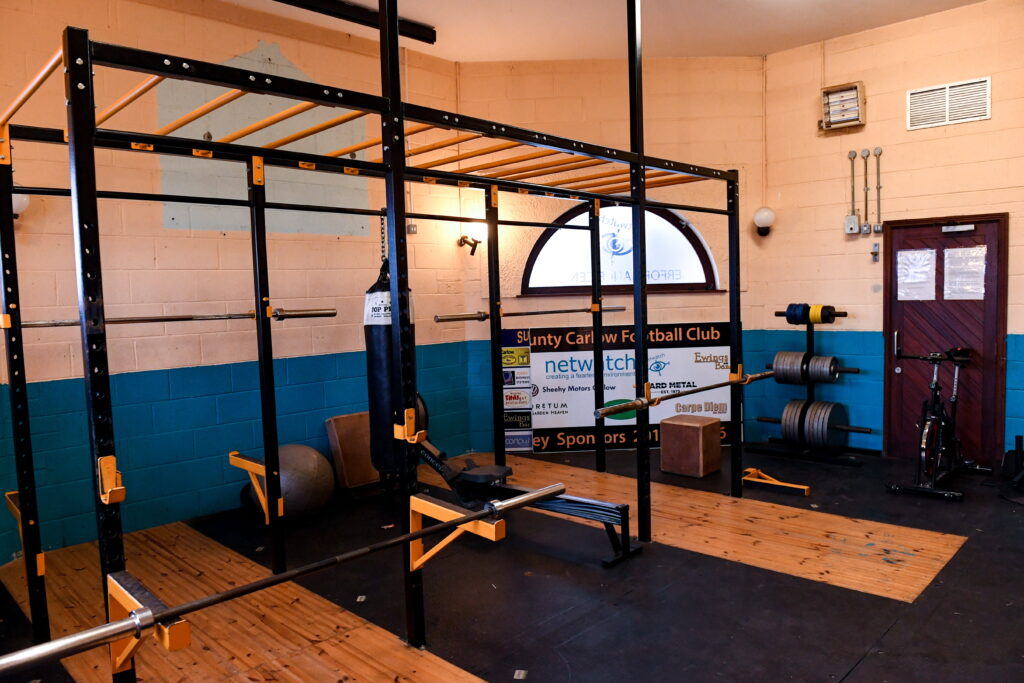 This is part of the wish to bring the community into the club, as exemplified by the relationship with Dolmen Athletics Club.

In 2014, a 10-person management committee was formed, meeting twice-a-week, to make hard financial decisions, reporting back to the executive monthly.

The result of which was running two Gala dinners with Joe Schmidt and Johnny Sexton appearing as headline speakers, plus two very enjoyable outdoor summer concerts.

The governance and structure element is there to ensure high standards in running the club and continually working around any transition for those coming into new positions.

“This ensures the tasks and roles being carried out within the club are being guided and monitored,” says Hannon.

“It includes every role from small to big so that each person is clear about what is expected of them.”

The club acknowledges the continued support of the members, the IRFU, Leinster Branch, sponsors and various public schemes all of which keep its progress on track.

“We are indebted to our membership database, in particular the support given to subscriptions secretary Michael Carbery over the last two years in concern to the Covid pandemic,” says chairperson Edel Gibbons.

It sounds like County Carlow club is on its way.