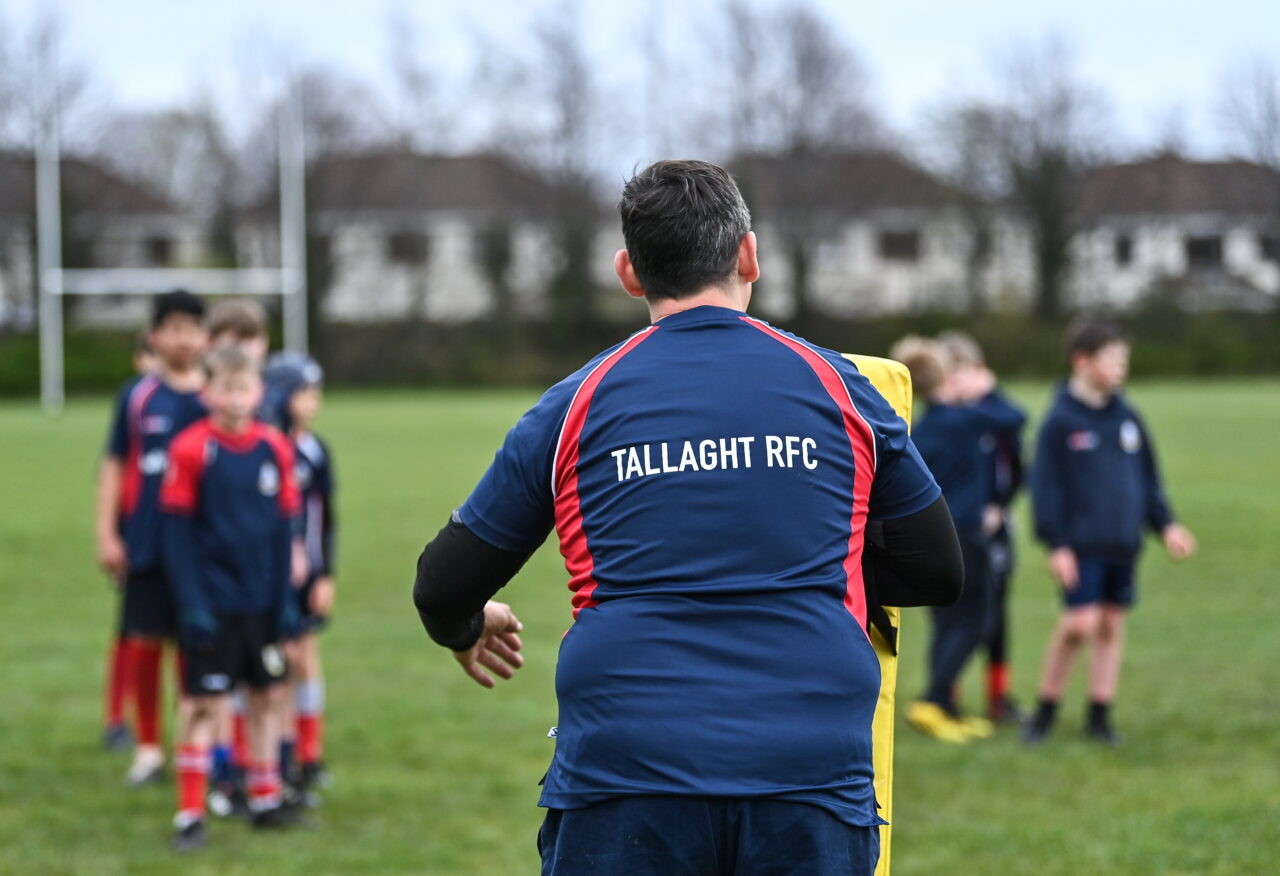 In the intervening years, the club has moved from venue to venue, on terms set down by the Dublin Council, longing for a place to call their ‘forever home’.

“We are currently playing out of a Dublin Council-owned pitch in Firhouse, across the road from the Community School,” said Director of Rugby Stephen Heaney.

“Pitch 100 has been our home for the last number of years. Two 40-foot containers serve our facility’s needs, one as a changing room and one as a storage room. It is not much by any standard, but it is home for us, at the moment. 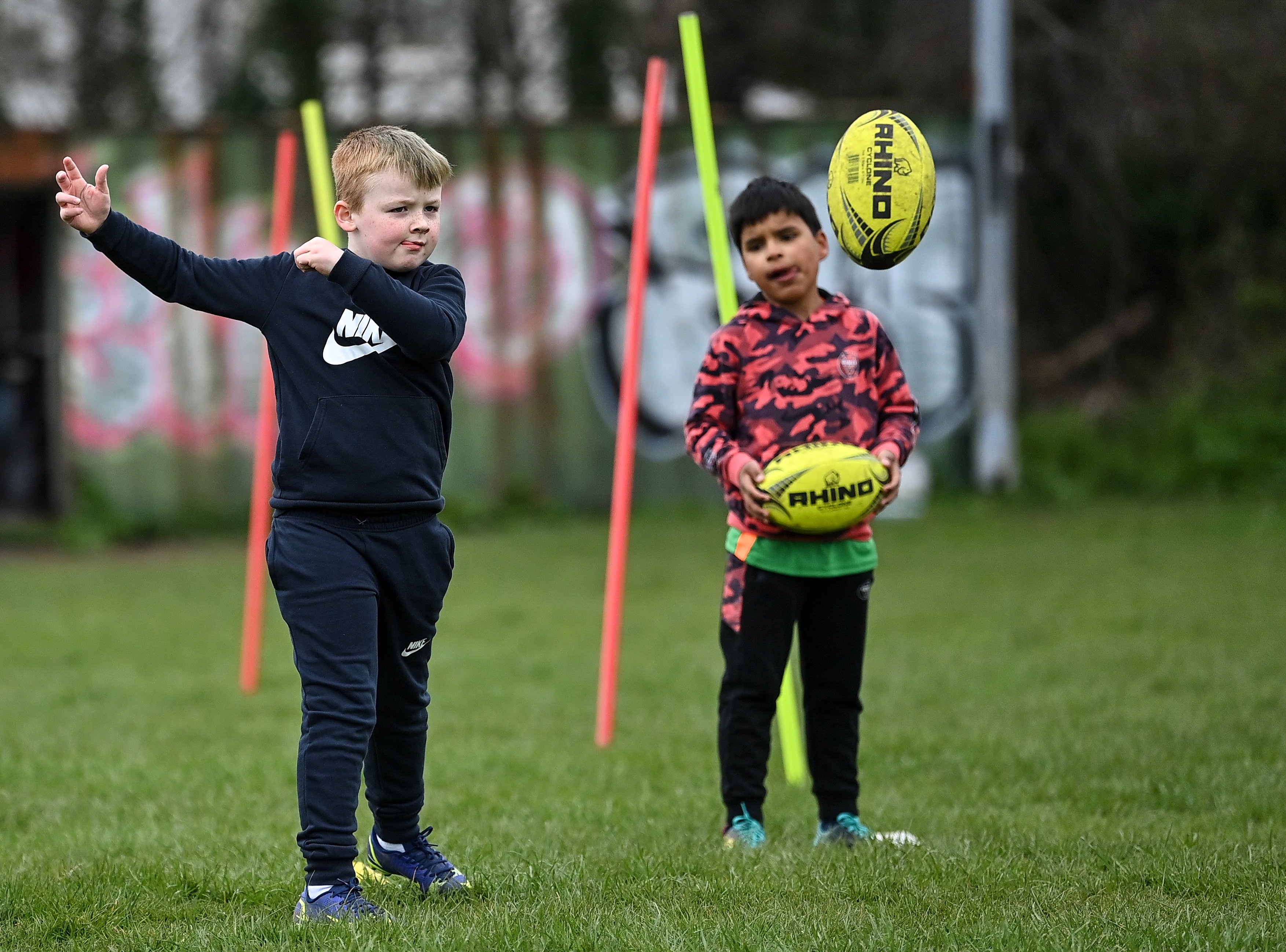 In recent years, Tallaght has embraced the positivity and direction that comes with planning for the future, not just letting it happen.

“The main point of our five-year plan is to secure our ‘Forever Home’,” said Stephen.

“The fact we are renting our pitch from the Council leaves our future in their hands. We want to take control of where we are going as a club.

“Don’t get me wrong, we are grateful for the facilities provided by South Dublin County Council. However, we cannot put down plans to grow and evolve when we don’t own our own land.

The absence of a long-term lease or ownership of the land prevents the club from applying for the significant grants they need to build a clubhouse and install modern facilities, like floodlights.

“Until we have the money to buy a home, we can’t apply for those larger grants,” he said.

It is akin to having their hands tied behind their backs when there is a plate of possibilities staring them in the face. 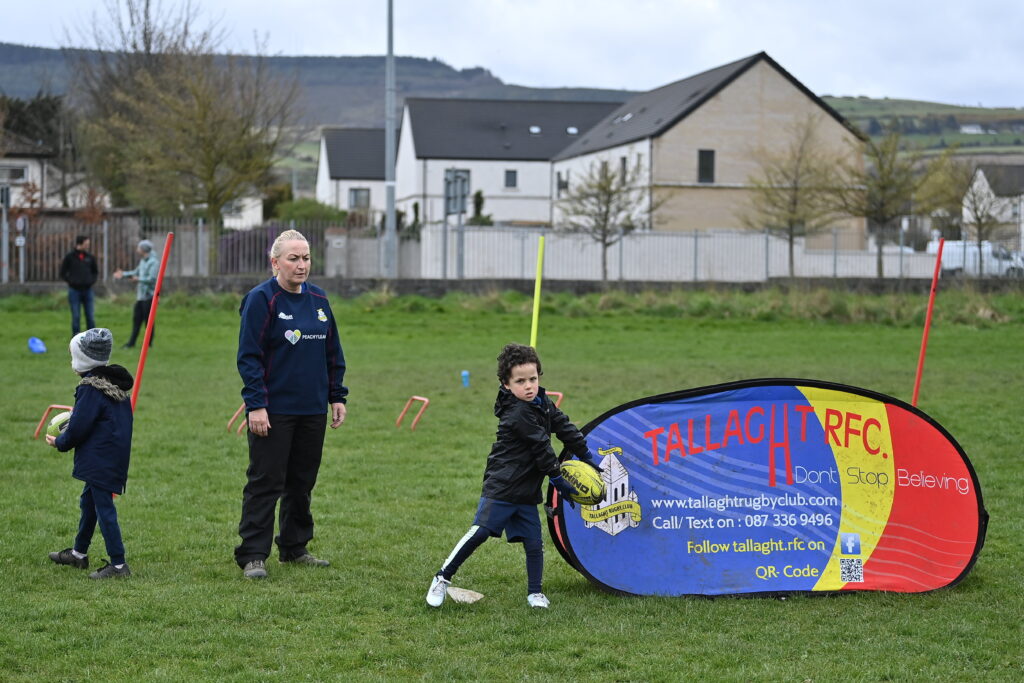 There is no reason why Tallaght shouldn’t think bigger and better when it is located in the heart of a rising population area, catering to 75,000 locals with 10 secondary schools containing 6,000 students.

The large volume of housing makes for a steady stream of potential new members. This has been partly tapped into by a doubling of men’s and women’s numbers in recent years, albeit coming from a low base.

Following a spate of vandalism acts within their allocated grounds, the club created a ‘GoFundMe’ for their permanent home, raising just over €35,000 and growing.

The support from the wider rugby community has been incredibly heart-warming with many domestic clubs rowing in behind them to help.

They got involved because they understand the huge benefit rugby can bring to an area as large and diverse as Tallaght.

The club is constantly in search of a piece of land, within Dublin 24, that it can develop, and make its own. Chairman Niall Mahon is doing incredible work in the background to help make this dream a reality.

It would certainly make for an increase in numbers from the current base of 250 players, based on what they have been able to do to date, without the basics of running water and toilets.

Tallaght is also one of the few clubs aiming to have the same number of men’s and women’s teams as early as next season.

“Our Ladies Development Officer, Martina Fitzpatrick, has been with the club for a long time and has been at the helm of women’s recruitment. We have a new women’s coach in Sean Bishop, who has made a three-year commitment with us, along with two senior men’s players as backs and forwards coaches helping out too,” issues Stephen. 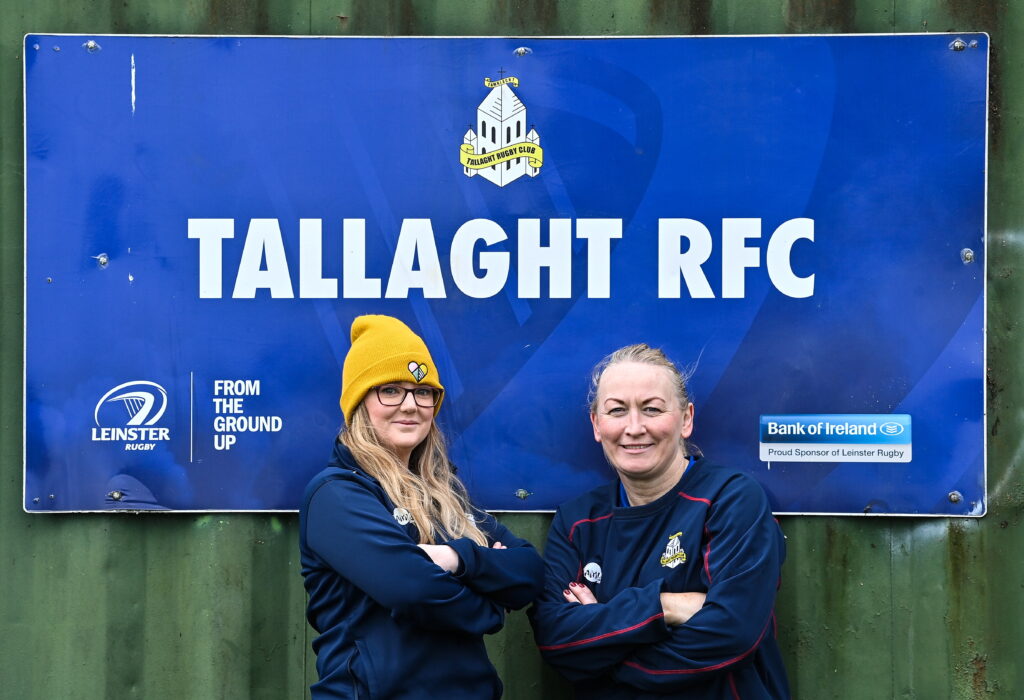 There has been considerable uptake in sponsorship. Tallaght based entrepreneurs have put close to €20,000 into the men’s, women’s and now youths teams. All the teams are fully kitted out in the branding of local company logos.

The club is leading the field in growing numbers through its online presence, using smart and creative social media campaigns to generate enough interest for new members to join the club.

“The way things are going you have to have a big social media presence and we are very lucky with the work our club PRO Emma Louise Keogh is doing on this front,” adds Stephen.

“She is always pushing fun ideas and links in regularly with Leinster and the IRFU which makes for thousands of exposures for such a small club. It just puts us on the rugby map a little more.”

Sponsorship has come from people with Tallaght close to their hearts or locals looking to help. They include 123ink.ie, PeachyLean, Inivo Medical, Tadhg Riordan Motors, Windsor Motors and this list is growing.

As a local parish community club, it has been able to get support from the professional side of the game. benefiting from a training day with former Ireland coach Joe Schmidt as well as kicking and skills sessions with Ireland U-20 coach Richie Murphy.

In addition, Colin McEntee, the Director of the IRFU Domestic Game, has joined the club for a few training sessions, along with Ultan and Donncha O’Callaghan who hosted an evening of talks with senior men’s players ahead of a final back in 2020. 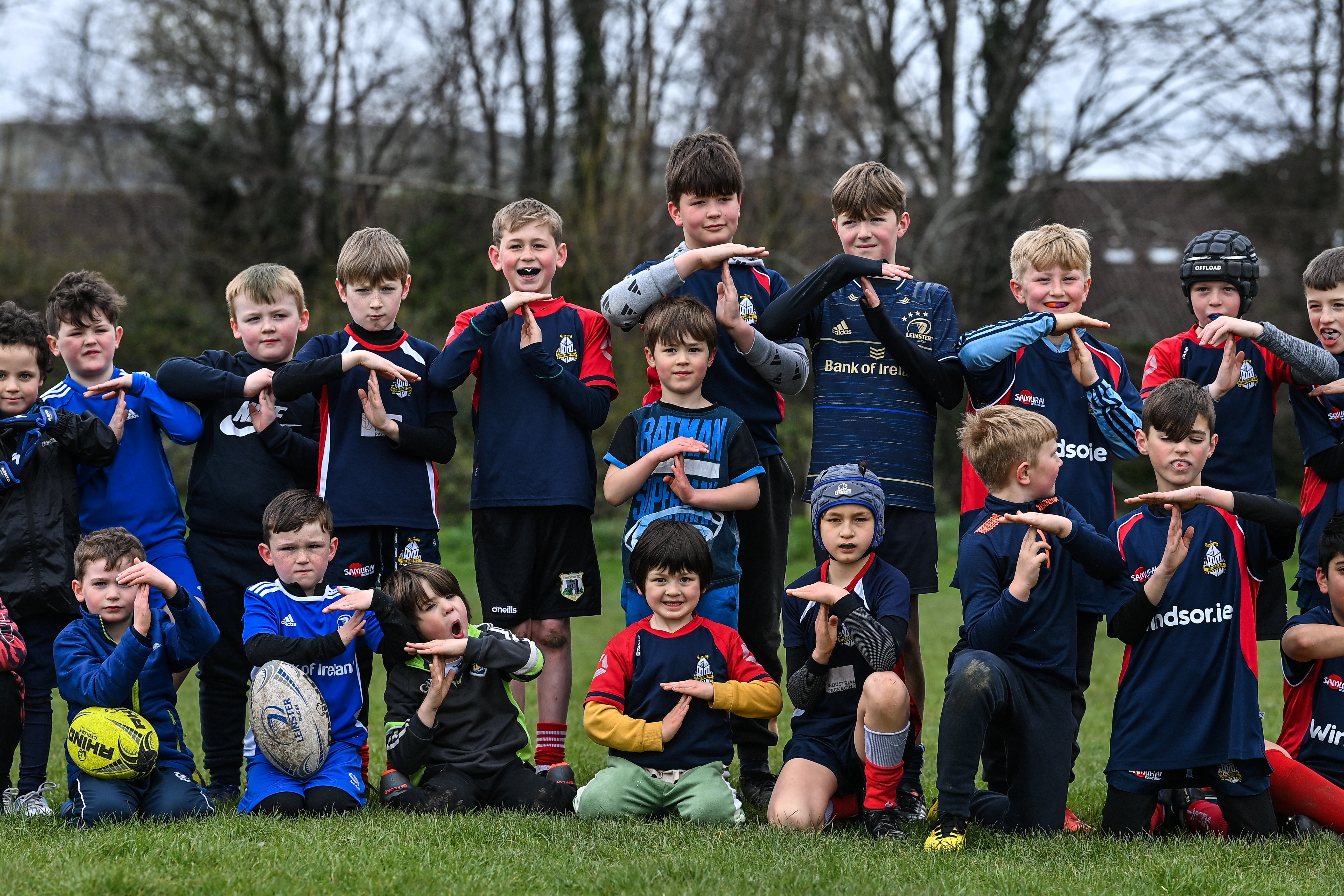 At the moment, there are two men’s teams competing from 65 registered players. The women’s squad has 30 registered players and there are plans afoot to create a second team as soon as next season. There are age-grade teams in the youths section and a growing minis group from six to 13 years of age.

Tag rugby will take place in the summer, running to eight teams from a total playing membership of 250. There are also a number of Leinster referees registered within the club, such as Audrey Fulham, who started playing on the women’s team in the second row.

“We can only hope to continue the growth of referees within the club and see them excel and grow in the way Audrey has,” says Stephen.

There has been a lot done. There is so much more to do. Imagine what could be achieved if Tallaght RFC actually had a pitch, a clubhouse.