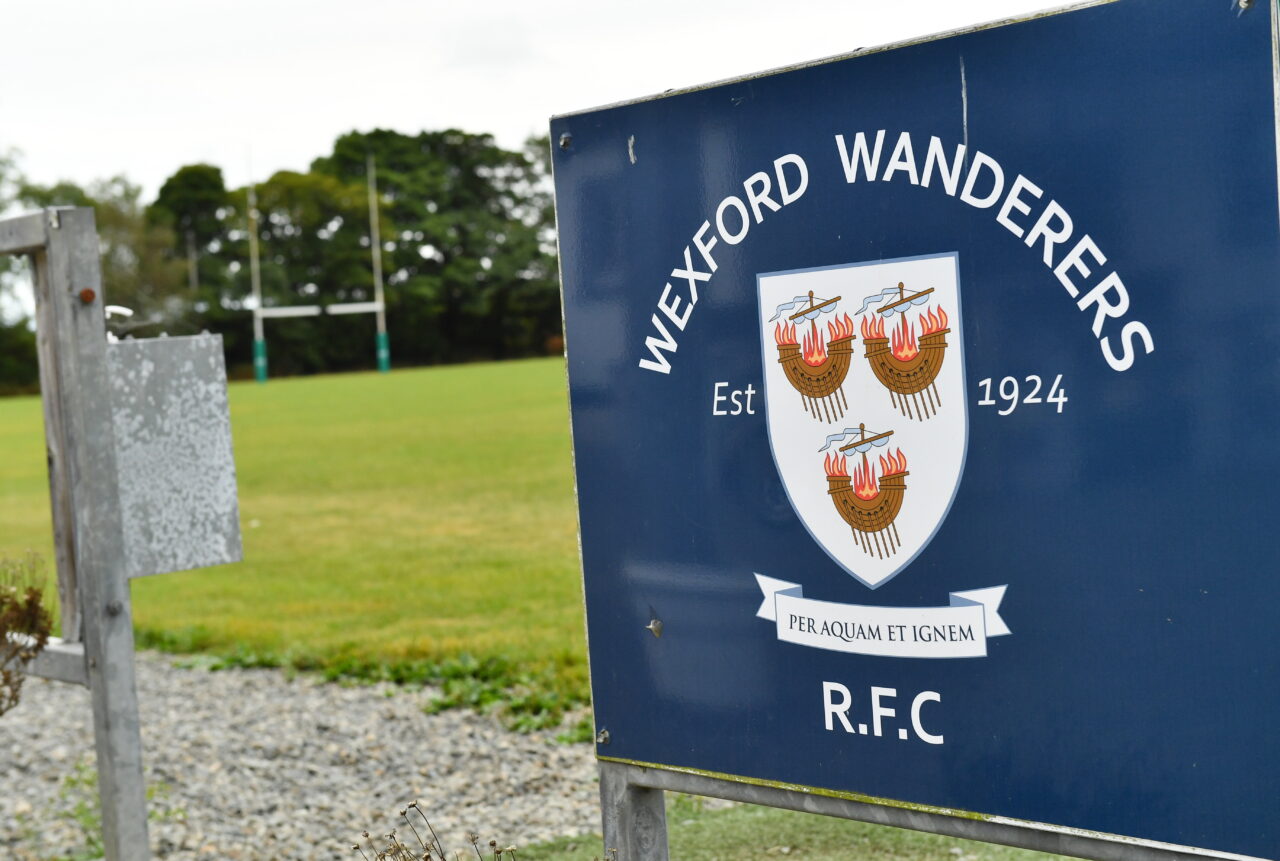 In 2024, Wexford Wanderers will celebrate their centenary year.

It will provide the perfect moment in time to look back with pride at where the club has come from and with optimism about where it is going.

“Historically, Wexford would have been the centre of business and banking and the courts’ system in the wider area,” says Club President and historian Brendan Culliton.

“There were professionals in the town, a lot of whom would have had a rugby background from going to boarding school. Of course, as parents, they often wanted the same for their kids.

“The concentration on youths rugby goes back to the 1960s when parents were keen to get their kids involved in the game,” says Brendan.

“There was no rugby played in the neighbourhood really. The nearest rugby playing schools were in Newtown or Waterpark in Waterford or Kilkenny College.”

Wexford town was and still is very strong in Gaelic football through clubs like Sarsfields and Volunteers as well as the hurling club Faythe Harriers.

But, it is strongly parish-based whereas rugby is more area-based in that there is only one club here, four in the county beside Energia All-Ireland League club Enniscorthy, Tadhg Furlong’s New Ross and Paul Boyle’s Gorey.

The club has been an enduring and positive influence on the area, situated in various homes from Wexford Park, once a municipal, multi-sports venue, Bettyville, the site of the racecourse, Crosstown, Killiane Castle and Park Lane, where it has been since purchasing land in the 1950s.

The club pavilion was opened in 1974 and it has been extended and reshaped on a number of occasions, looking to change with the times. 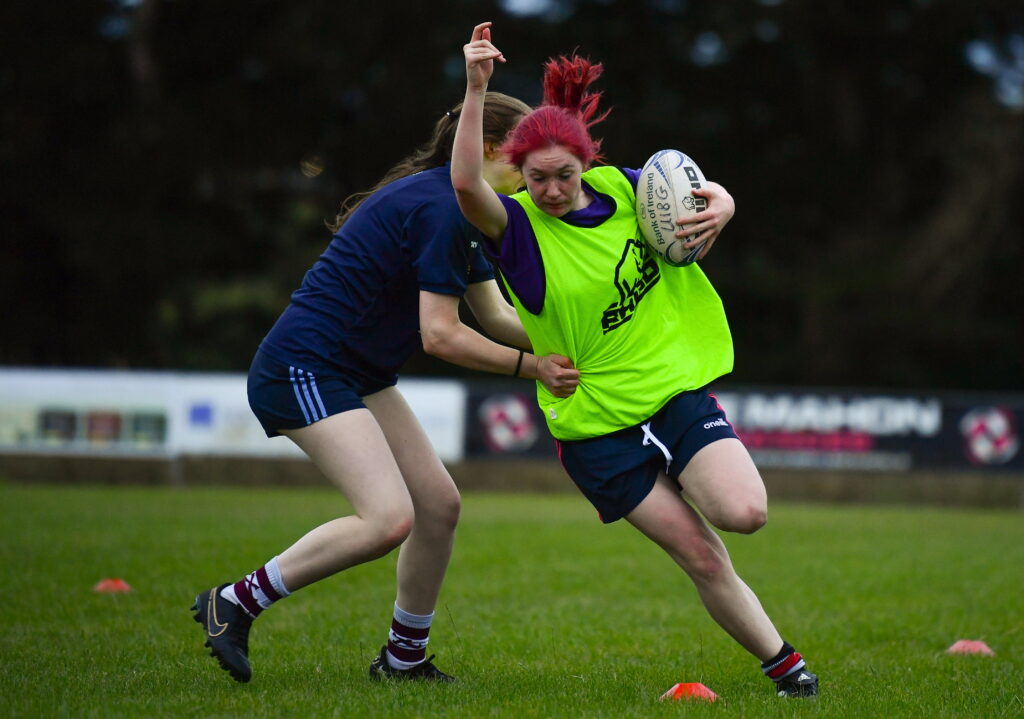 In 1980, the grounds were extended to three pitches and, at the tail end of that decade, floodlights were installed.

There has always been a proactive outlook to enhance and improve a club that has prospered in competition and in the production of players for higher honours.

Just underneath that professional layer, Grant Palmer has already been conferred with Ireland Youths caps and recently featured in the front row for the Leinster U-19 squad.

Kaylem Codd and Luke O’Connor have tested themselves in the Leinster U-18 Youth squads, while Harry Rogers was involved in the Leinster Schools U-18 squad through Kilkenny College.

In the ladies’ game, former Ireland international Katie Fitzhenry has risen to the role of Women’s Performance Pathway Coach at the IRFU.

Full-back Robyn O’Connor, younger sister to Josh, turned in a stunning try for Ireland at the inaugural U-18 Six Nations Festival in Scotland.

Melissa Quirke, Naoise McManus and Rachel Dempsey are veterans of the South-East squad that played in the inaugural Sarah Robinson Cup. 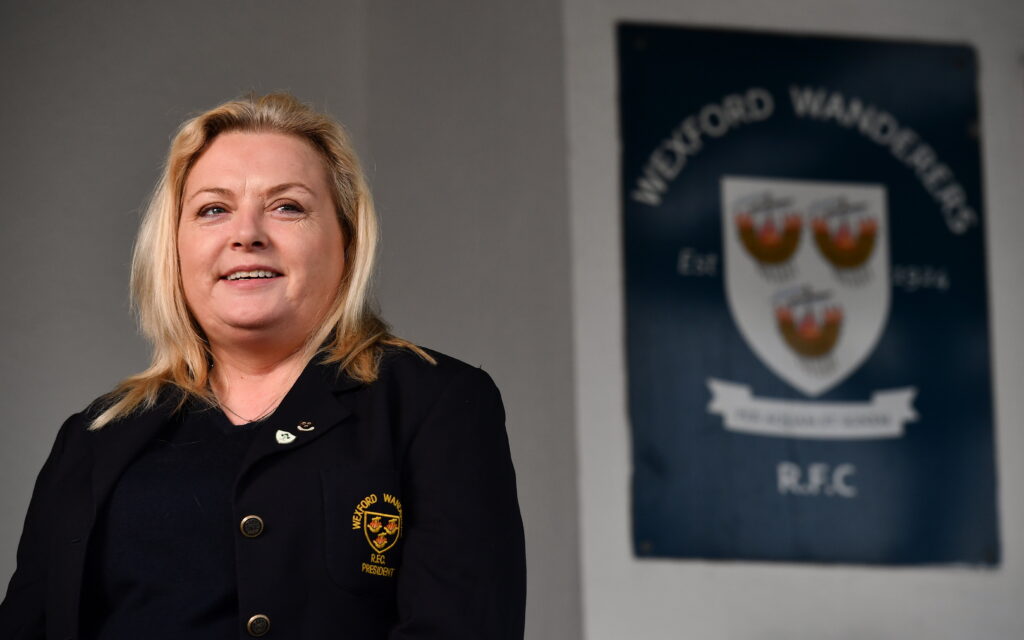 These players have been funnelled up through the various stepping stones in the club where Wexford currently has 147 playing minis, 250 playing youths and 85 playing senior rugby.

It has placed pressure on a club bursting at the seams with enthusiasm and the numbers to match.

“There is no desire to move further out of town for more space. People are quite happy with the shape of the club,” he adds.

“It is very focused on the family and it is a case of ‘grow your own’. I don’t know when was the last time we got a player who came in from somewhere else.

“Almost all of the players in the club grew up in south Wexford, in the town and from the baronies of Forth and Bargy.”

That is why there is such a strong lineage of families in the club, the Coffeys, the Haddens, the O’Connors, the Kellys, the Corcorans, the Pierces, the Walshes, the Doyles.

“In the old days, you got Gardaí and bank clerks being transferred in. That doesn’t happen anymore,” states Brendan.

“There is a huge emphasis gone into training young people. The youths section is humming, growing further with the advent of rugby for girls.

“However, men’s and women’s rugby both suffer when the kids get to 18 years of age and they are on the first bus out of town which is a huge problem.

“It is not just a matter of travelling to college. It is also the need to get away from home. They all want to go on the adventure that life is to them. And that is entirely understandable.”

And still. The sunniest part of the south-east is a tourist trap and a popular starting point for small and large businesses.

“Wexford town is doing well. There are a lot of businesses expanding. The motorway has made a huge difference, in terms of getting in and out. It all helps to keep families in the area.” 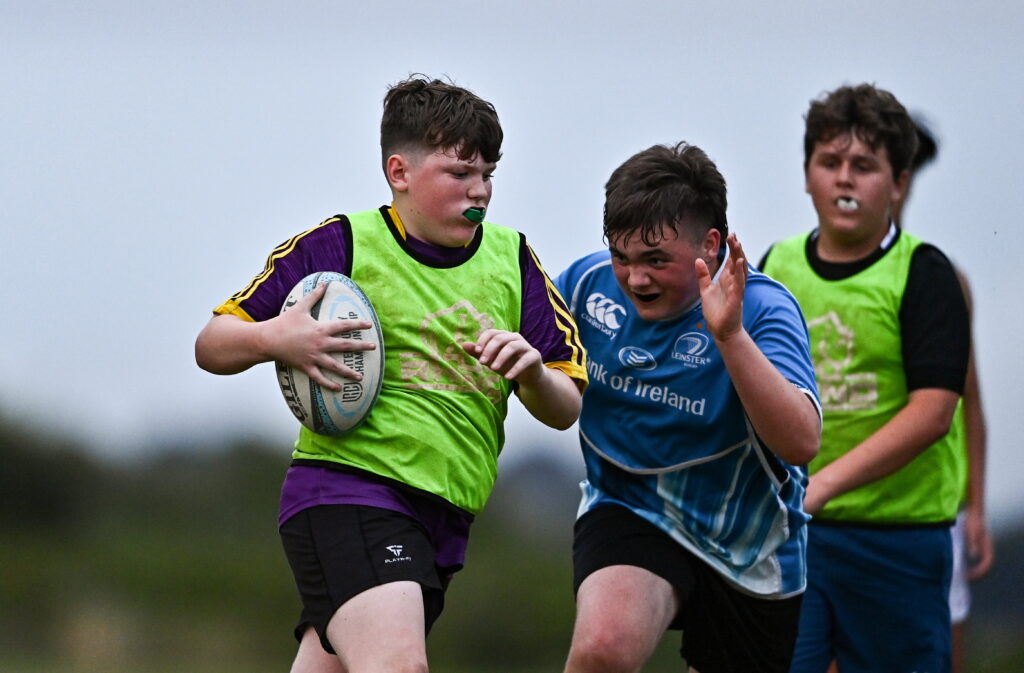 Wanderers has been able to provide their share of players going on to achieve at the regional, provincial and even international levels.

“In the club, we have a lot of people who take the coaching of rugby seriously and that is the case at every age level,” he says.

“As an example, we announced our coach of the year recently and James O’Connor’s son Josh and daughter Robyn are part of the success story.”

The special relationship between the club and its players is perhaps best reflected in the enduring connection to Gordon D’Arcy.

“Gordon is very important to the club. There are players everywhere around the country that play with a club until 12 or 13, go off to boarding school and never return to the club.

“He could have done that. But, he didn’t. There is huge respect for him. He has always been available to help the club in whatever way he can.”

That is a sign of the quality of the man and the club he came from.