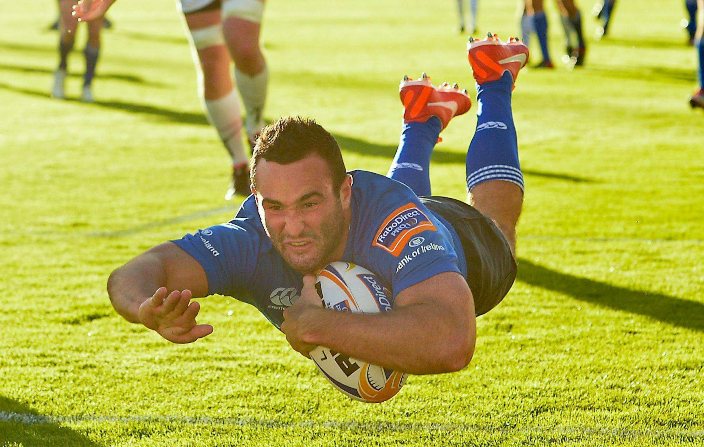 Below we have attempted to choose thirteen of the best photos from 2013, an action-packed year for Leinster Rugby….

Ian Madigan celebrates after kicking Leinster to victory against Munster in Thomond Park. His five penalties, and a conversion after a Brian O’Driscoll try, helped to secure a 22 – 15 win for Leinster. (Diarmuid Greene / SPORTSFILE)

Jamie Heaslip scores one of his two tries against Biarritz in the semi-final of the Amlin Challenge Cup. (Stephen McCarthy / SPORTSFILE)

Jonny Sexton and Isa Nacewa lift the Amlin trophy after tries from Cian Healy, Ian Madigan, Rob Kearney and Sean Cronin helped to secure a 34 -13 win in the RDS for Leinster in the Amlin Challenge Cup final. (Stephen McCarthy / SPORTSFILE)

On the same day Leinster claimed the Amlin Challenge Cup trophy, the Leinster ‘A’ team were busy winning the British & Irish Cup against Newcastle Falcons in Kingston Park in Newcastle. (Barry Cregg / SPORTSFILE)

The weekend after claiming two trophies, Leinster would complete a treble with a win over provincial rivals Ulster in the PRO12 Playoff Final. (Oliver McVeigh / SPORTSFILE)

The win over Ulster would be Joe Schmidt’s last match in charge of Leinster before moving to take on the role of Ireland head coach. Jonny Sexton and Fergus McFadden lift him on to their shoulders in front of the RDS crowd. (Stephen McCarthy / SPORTSFILE)

Dave Kearney dives to score a try during Matt O’Connor’s first match in charge of Leinster in the RDS which ends 29-29 against Ospreys. (Stephen McCarthy / Sportsfile)

Leo the Lion put on a great show in the Aviva Stadium before Leinster faced Northampton Saints for the second weekend running. (Brendan Moran / SPORTSFILE)

Ian Madigan shakes hands with Ireland teammate Paddy Jackson ahead of Leinster v Ulster in the RDS. Leinster went on to win their final game of 2013 by a score of 19 points to 6. (Stephen McCarthy / Sportsfile)