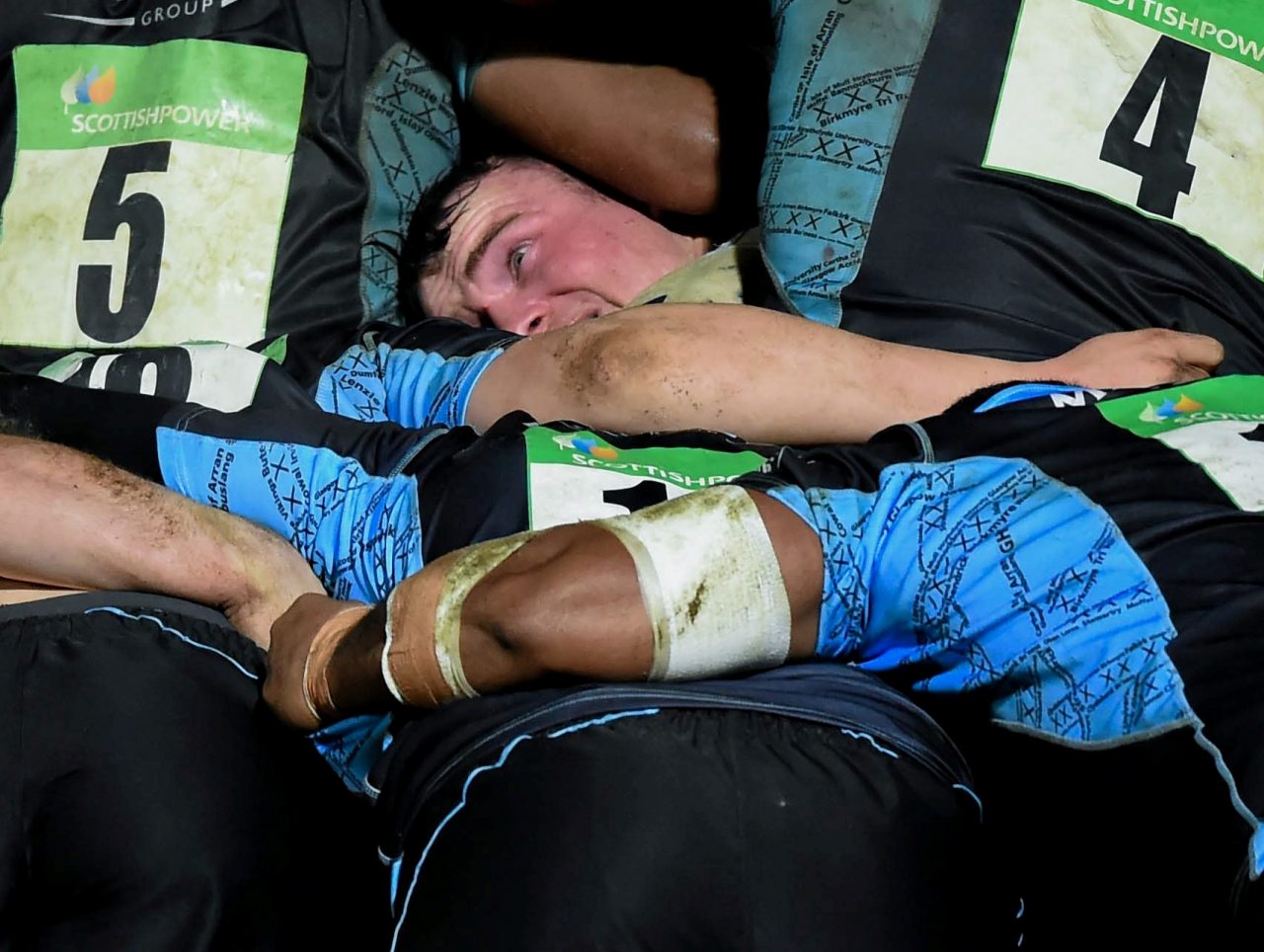 Every season there are thousands of photos taken at games and training sessions, with many more of supporters travelling near and far to cheer on the boys in blue, with a story behind every one.

One man responsible for many of those Leinster snaps is Stephen McCarthy of Sportsfile, Leinster Rugby’s official photographers.

From those hundreds and thousands of images we asked him to select a few of his favourites from the 2015/16 season and he managed to whittle it down to these 13.

1. Sunset at the RDS Arena

Stephen McCarthy: “The sun setting at the RDS can make or break your pictures from the PA box corner, thankfully it made this picture of Dominic Ryan taking possession in a lineout against Cardiff Blues.” 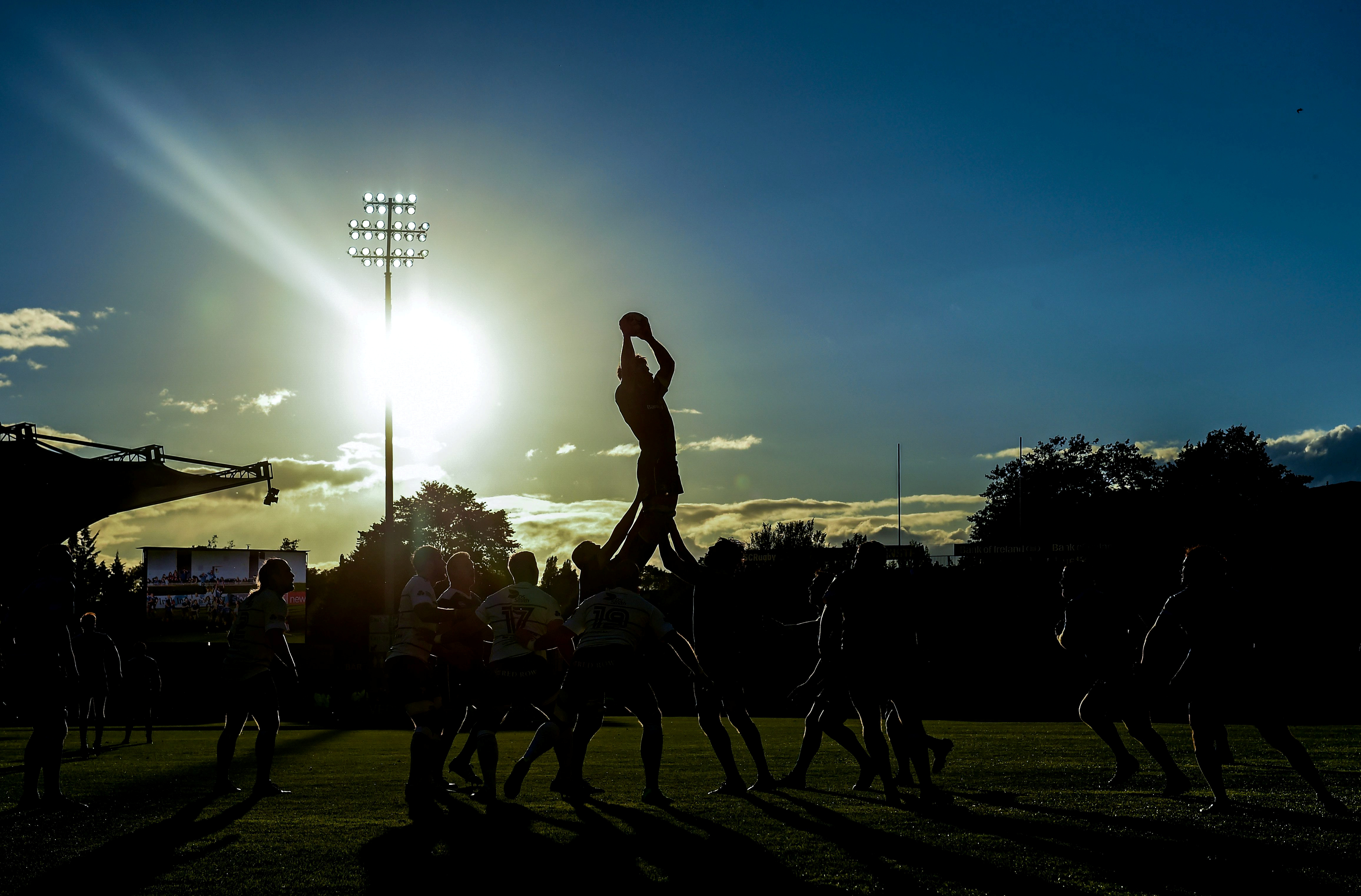 “A Sean Cronin break during a game can be a sight to behold. It took the combined strength of Jake Cooper-Woolley and Carlo Festuccia of Wasps to put a halt to his gallop during their Champions Cup clash in the RDS.” 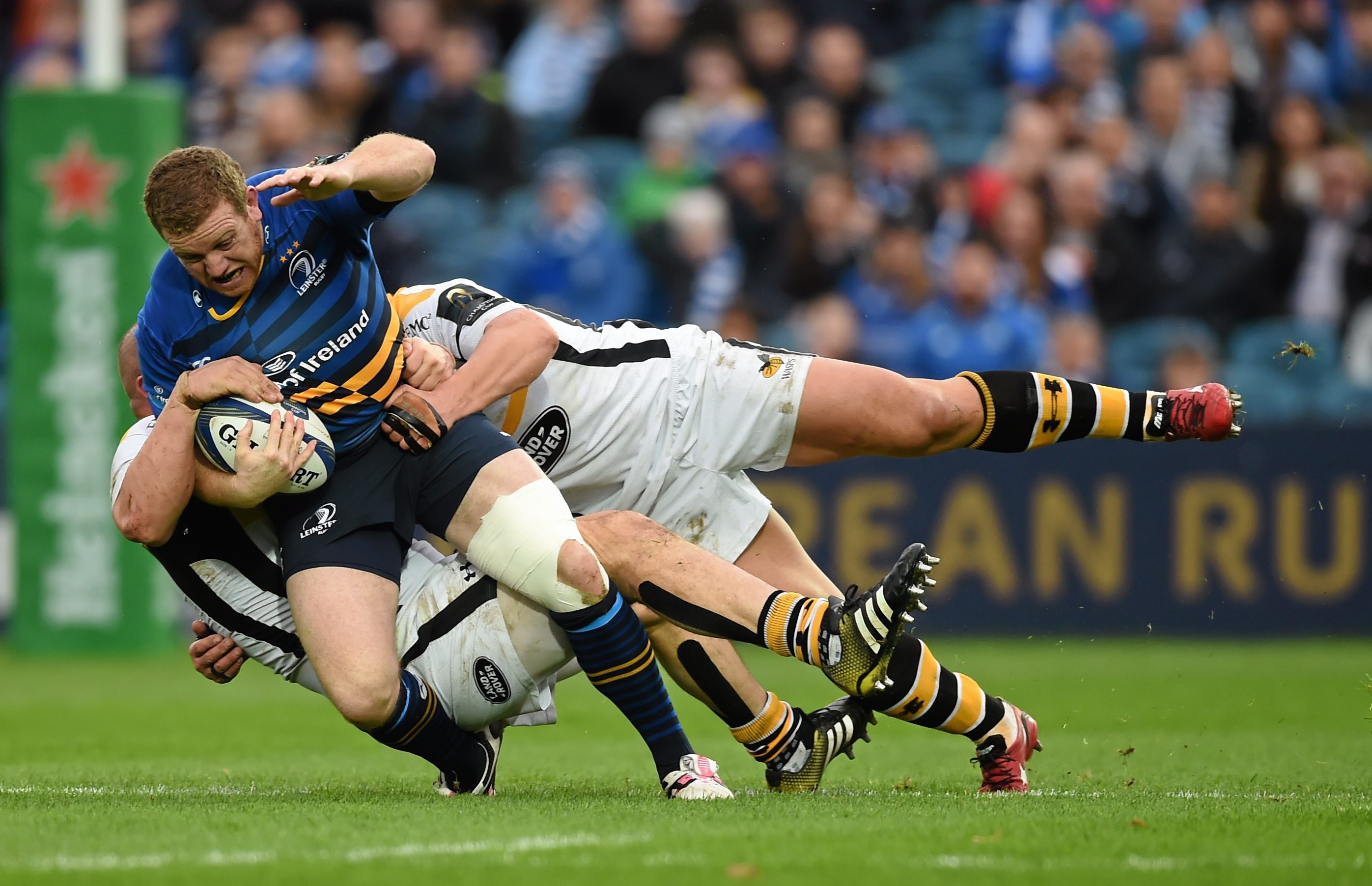 3. A Stroll Into Town

“On Leinster’s visit to Bath for their Champions Cup clash the team decided to ditch the bus and walk from the hotel to the ground pre-match, leading to this unusual shot of Ben Te’o and Luke strolling through the town with the rest of the squad.” 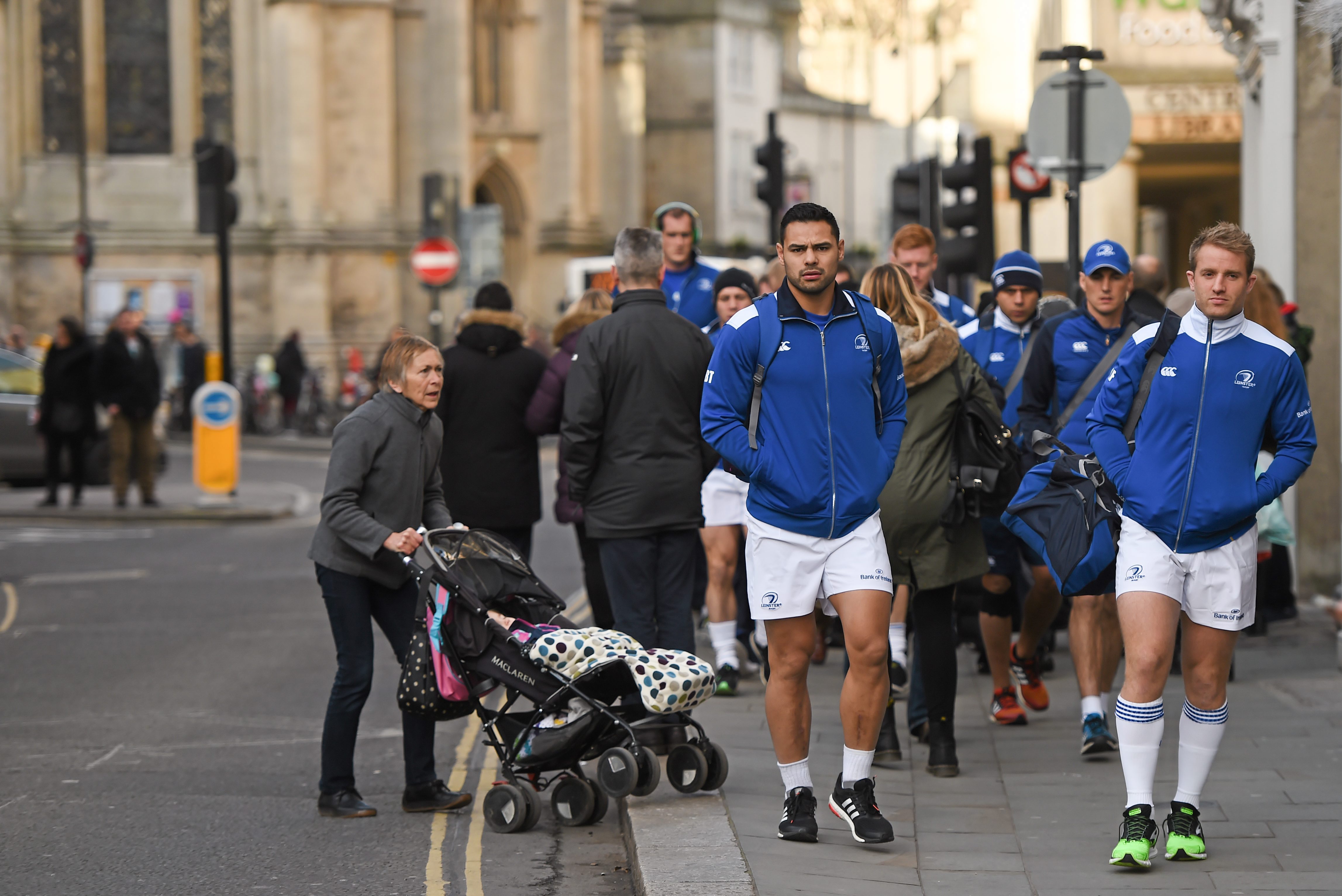 “The Rec is one of the most stunning rugby grounds and has picture opportunities everywhere, as you can see from this shot of Jamie Heaslip collecting a lineout against the backdrop of Bath’s Georgian buildings.” 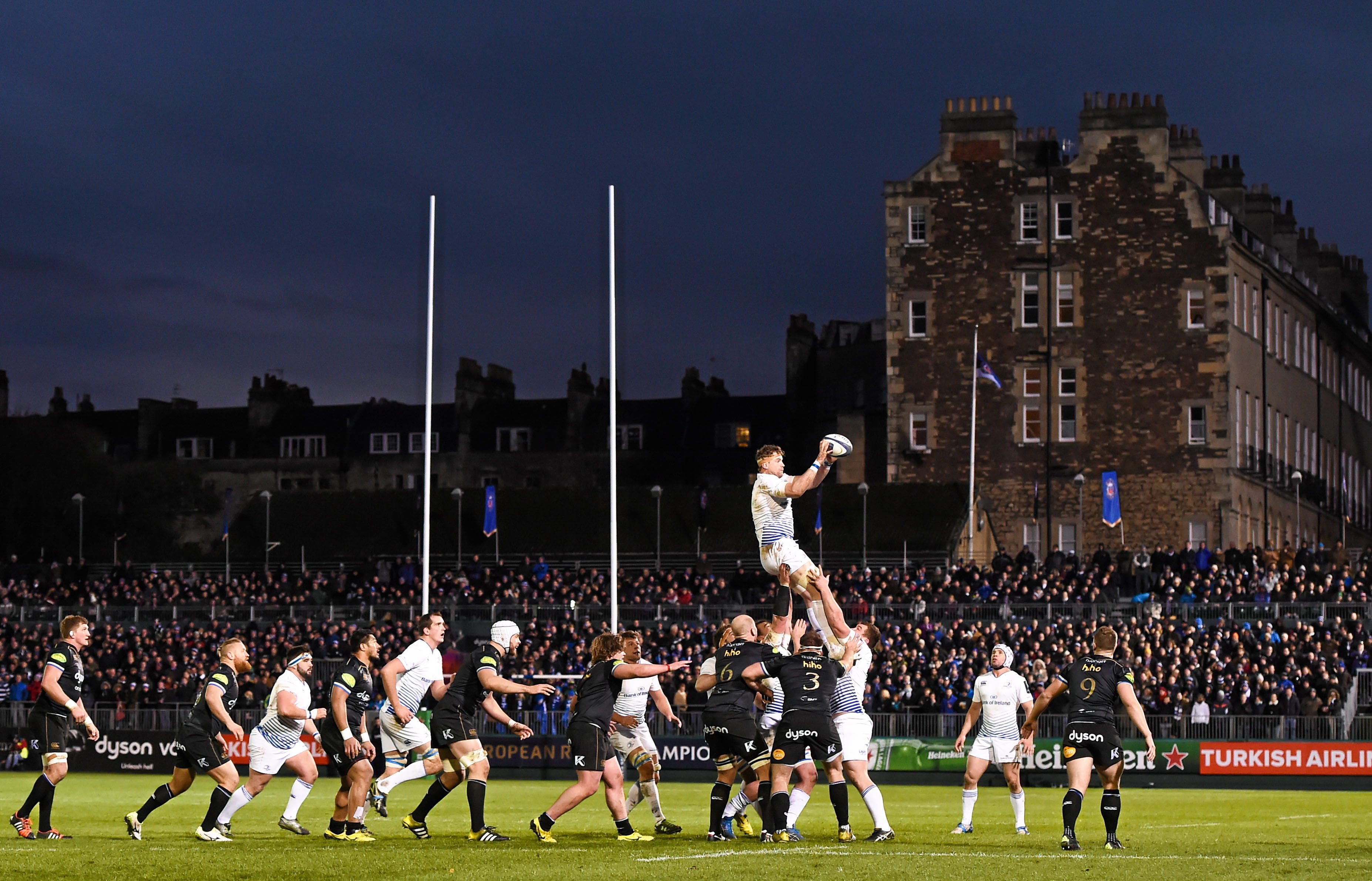 “Rob Kearney gives Toulon’s Mathieu Bastareaud the stare as he tries to shake off a tackle during the Champions Cup fixture at Aviva Stadium.” 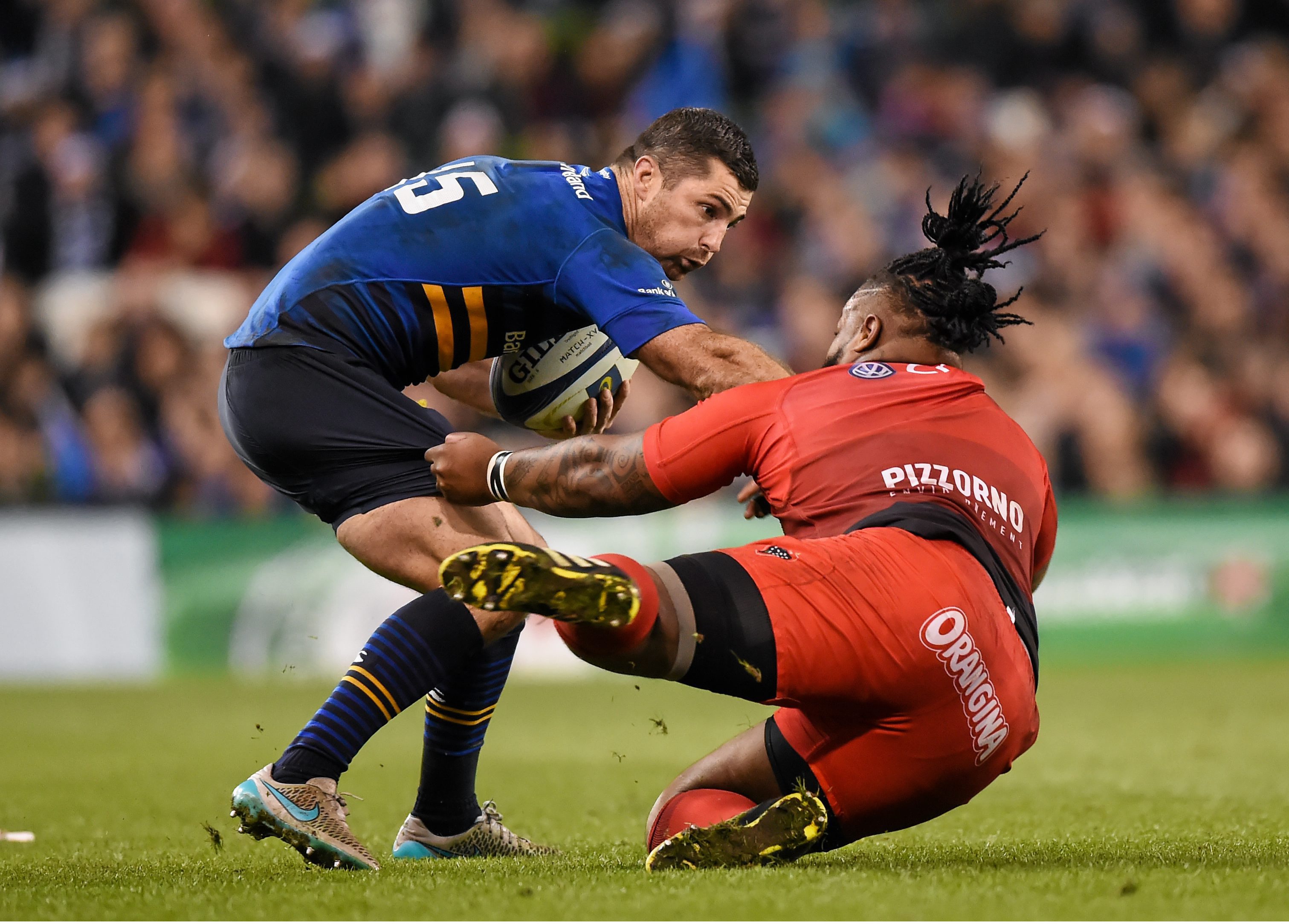 “What a way to start the year…a wet New Year’s Day at the RDS! Devin Toner leads the charge during the festive period fixture against Connacht, Leinster winning it 13-0 to make it back-to-back Interpro wins after defeating Munster down in Thomond Park the previous week.” 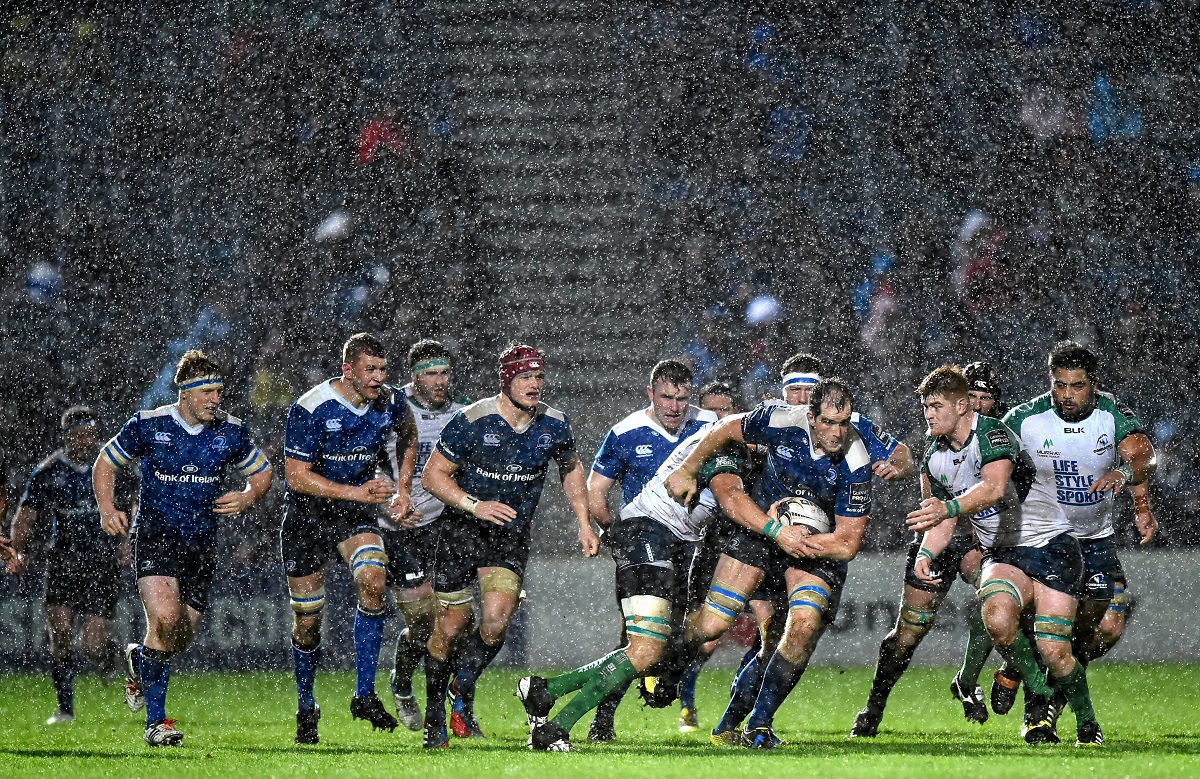 “Ben Te’o and Dominic Ryan enjoy the lighter side of a Monday afternoon training session at Leinster Rugby HQ in UCD.” 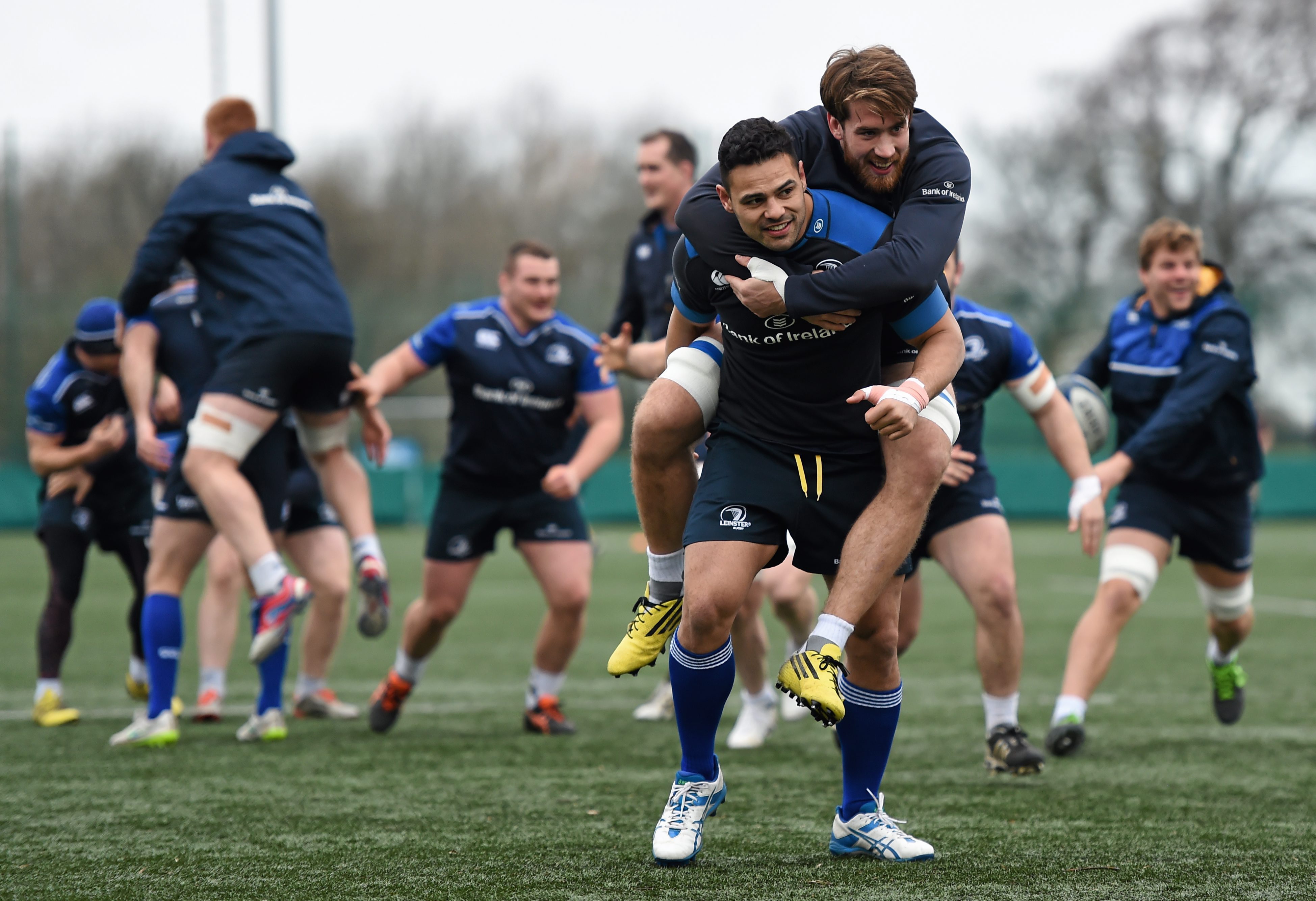 “Peter Dooley somehow manages to get a view from an awkward position during a maul against Glasgow Warriors at Scotstoun Stadium.” 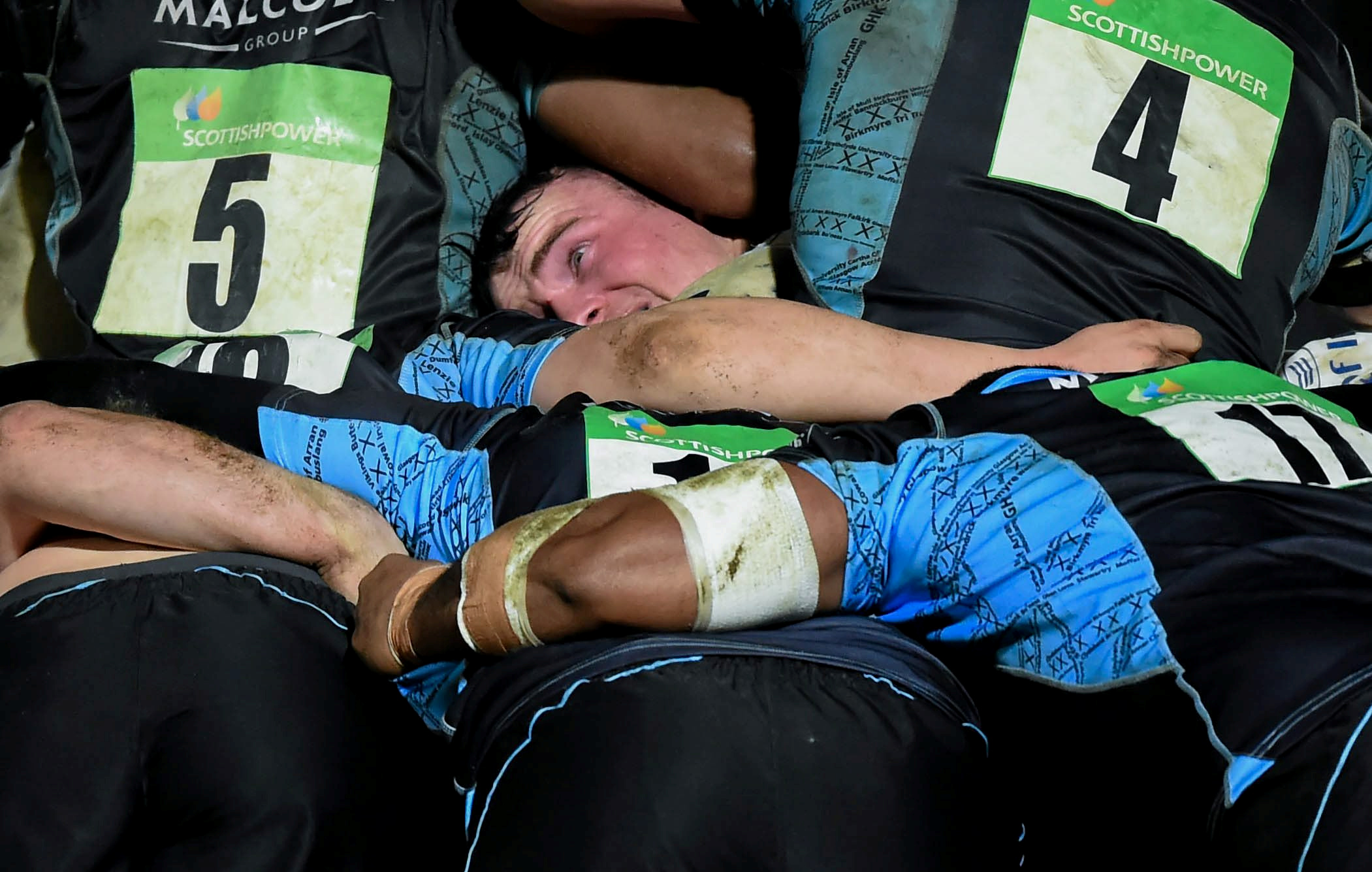 “Victory over the neighbours is probably one of the sweetest! Ben Te’o is congratulated by team-mates Devin Toner, Jack McGrath and Isa Nacewa after his tackle helped Leinster win a turnover close to their try line during the closing moments of the victory over Munster at the Aviva Stadium in April.” 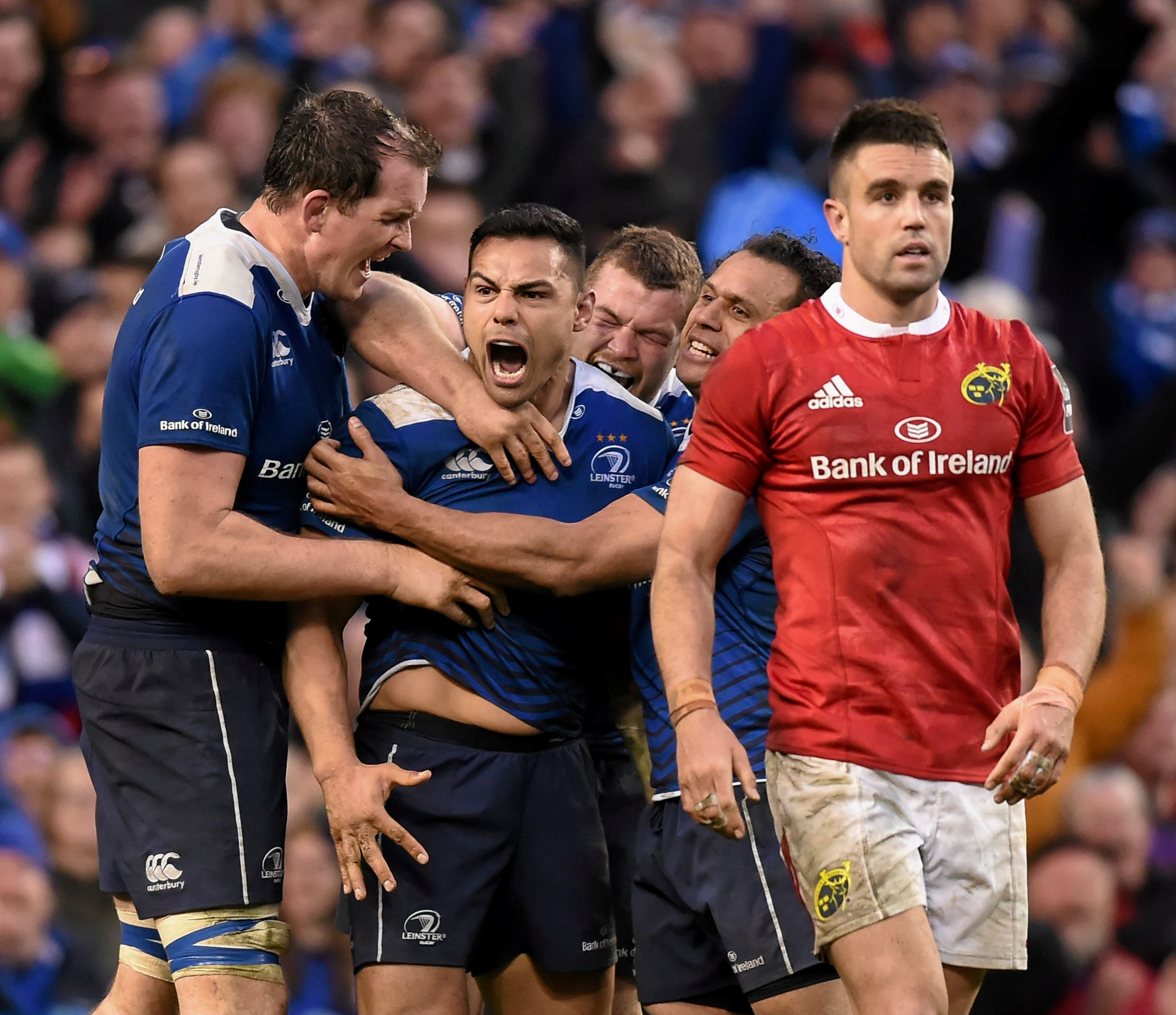 “Following Ian Madigan’s final home game for Leinster he shares a moment with Luke Fitzgerald as they leave the field after their Guinness PRO12 Play-off victory over Ulster.” 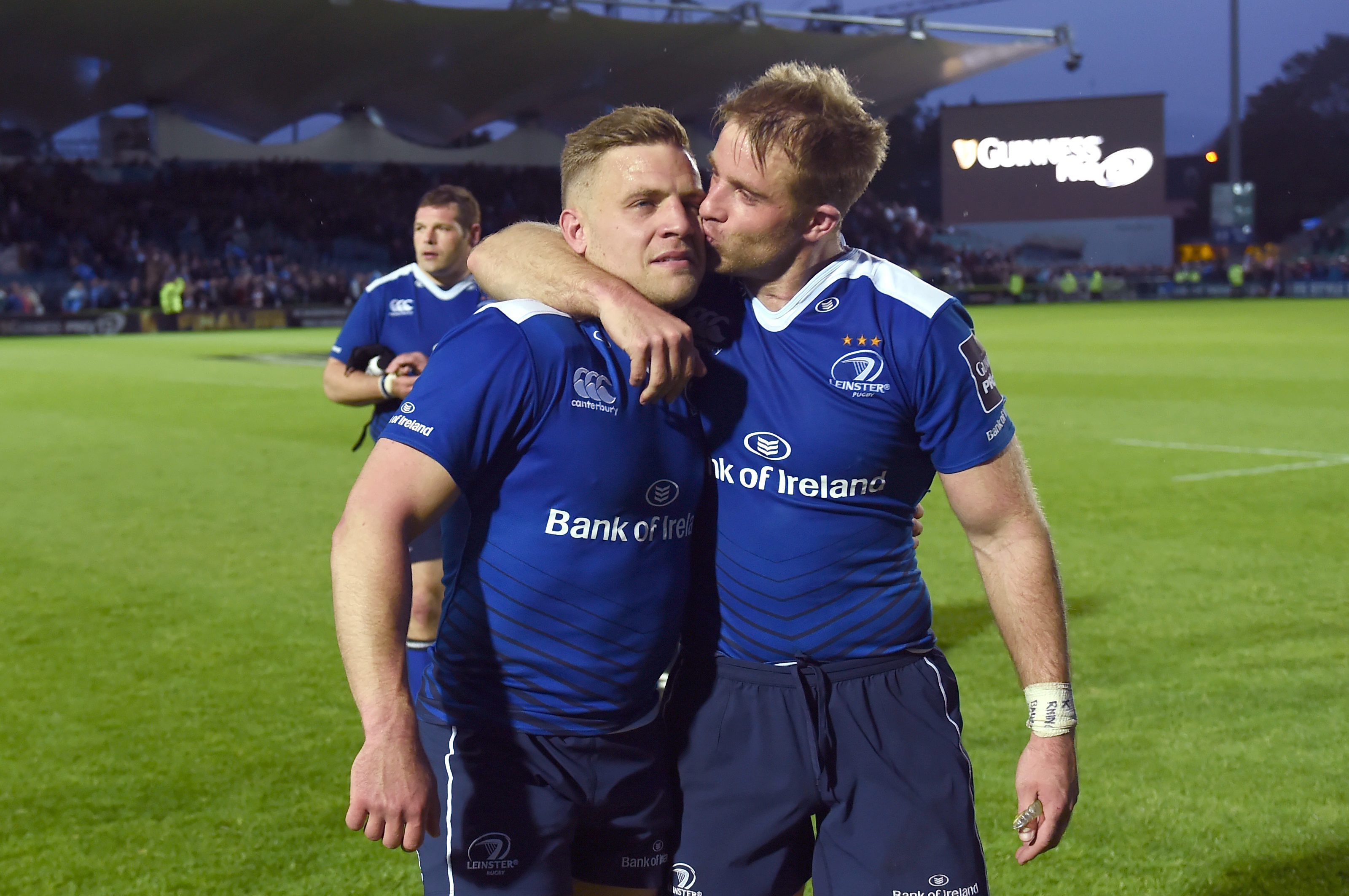 “A lovely gesture from Jamie Heaslip led to this amazing reaction from 11-year-old Leinster supporter Shane Pedlow following their victory over Ulster at the RDS.” 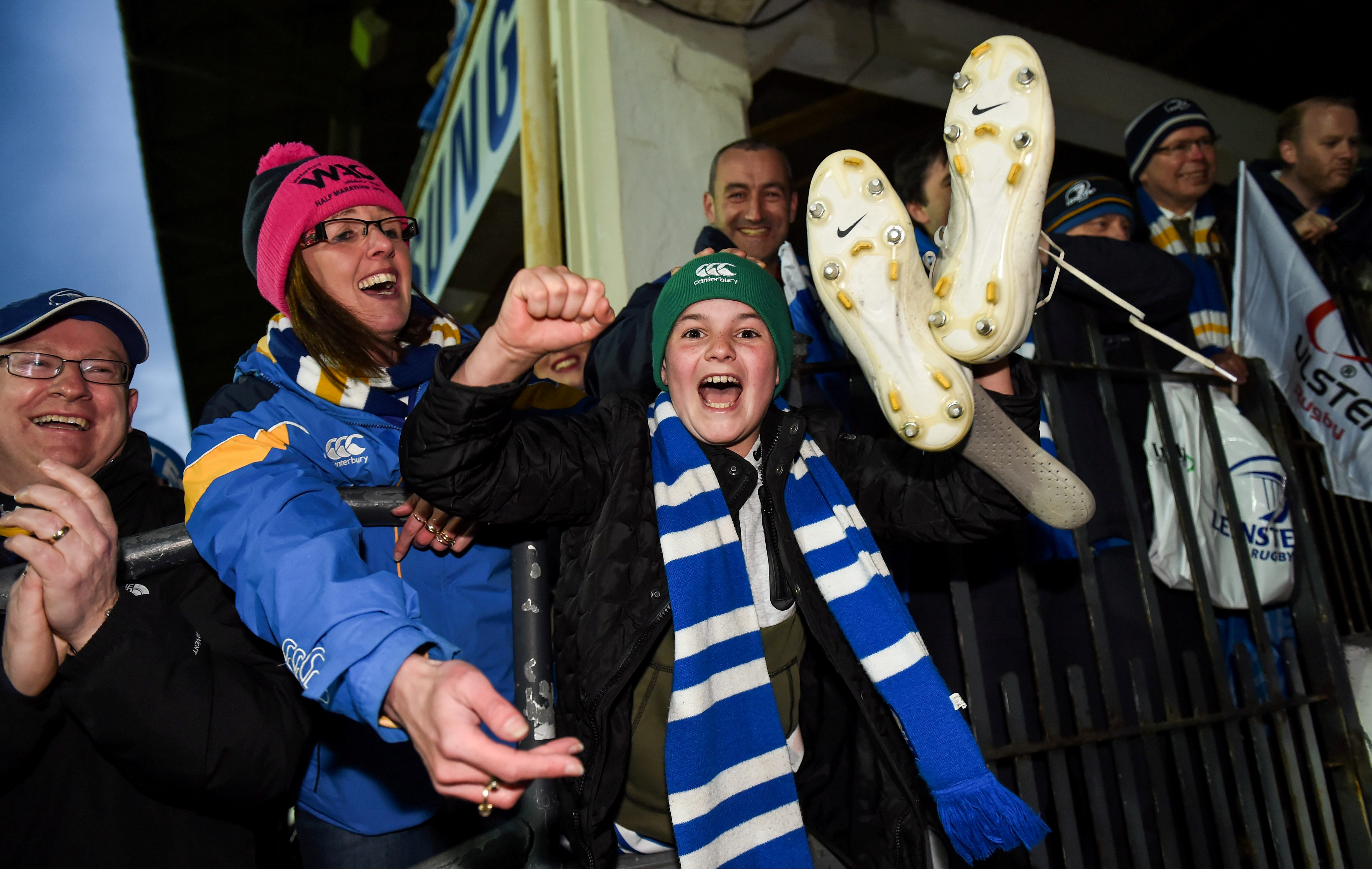 “Jonathan Sexton’s warm-up routine is meticulous, and with his sights set on the Murrayfield posts before the Guinness PRO12 Final, the sun really emphasises his focus.” 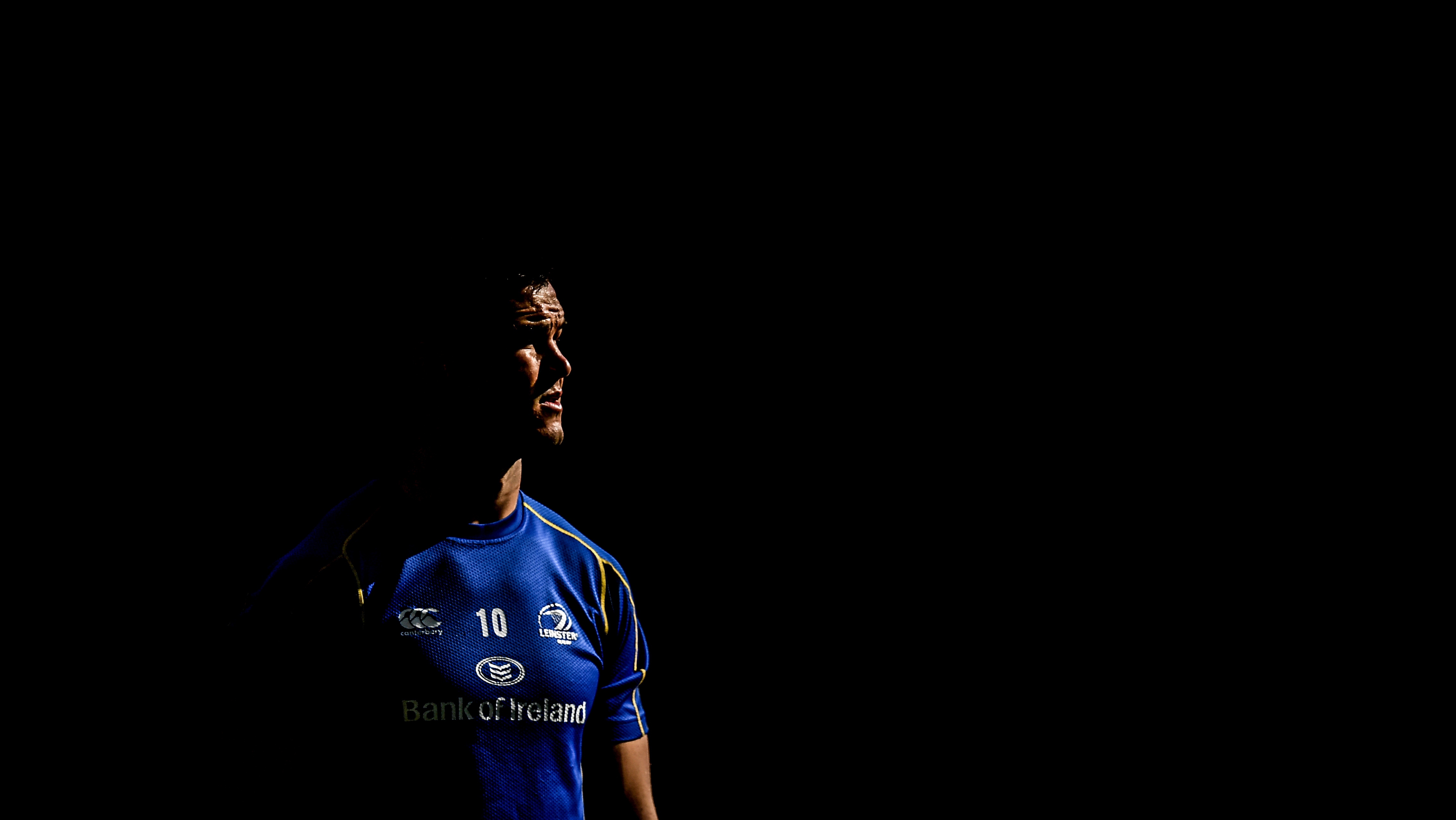 “The Leinster travelling support is known across Europe for their commitment to backing the boys in blue. Keith Byrne made sure he was heard all across the city of Bath as he let out a roar outside Bath Abbey before the Champions Cup game back in November.” 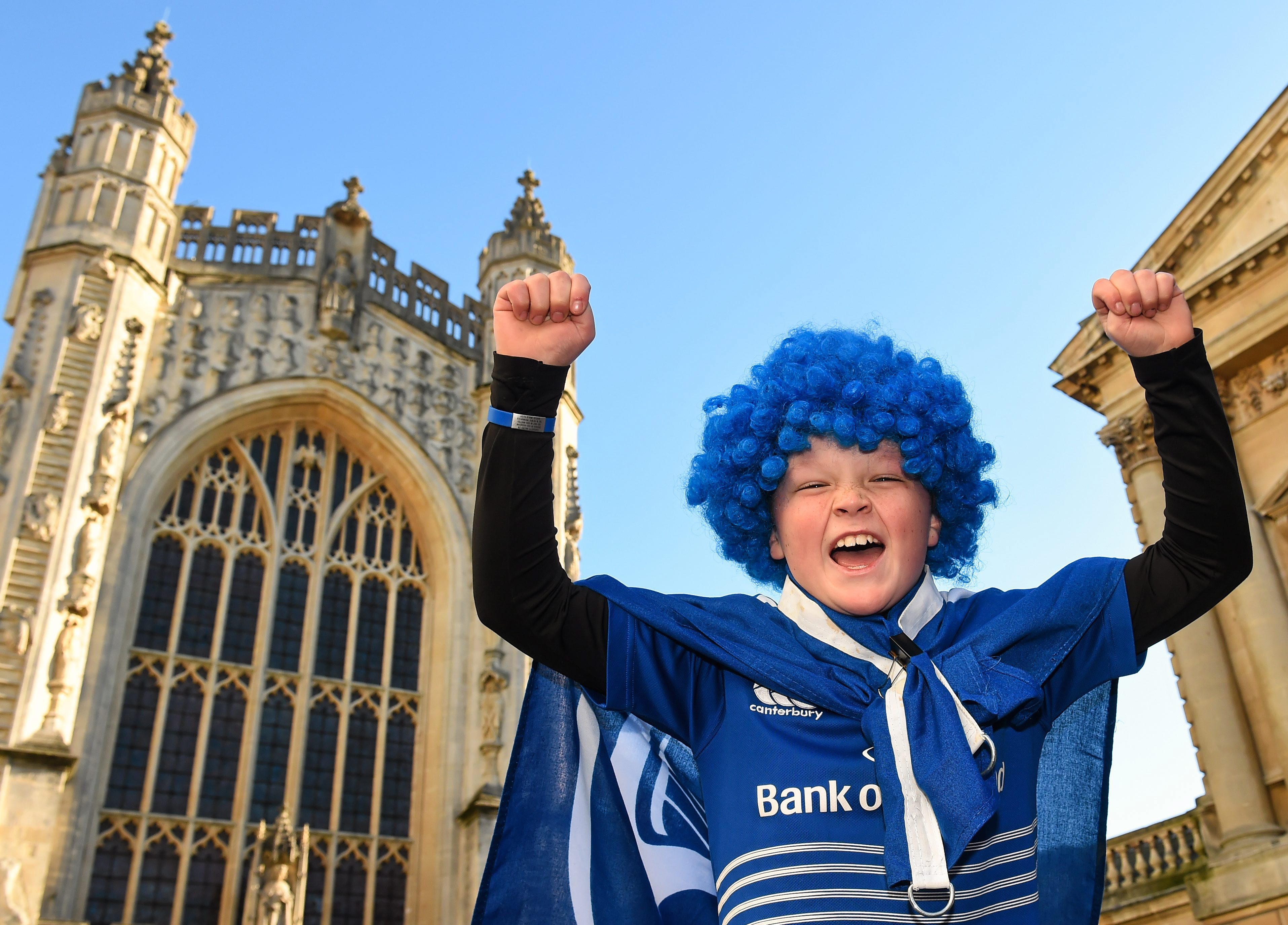 Every season has a story. Be a part of every moment. Visit leinsterseasontickets.ie.