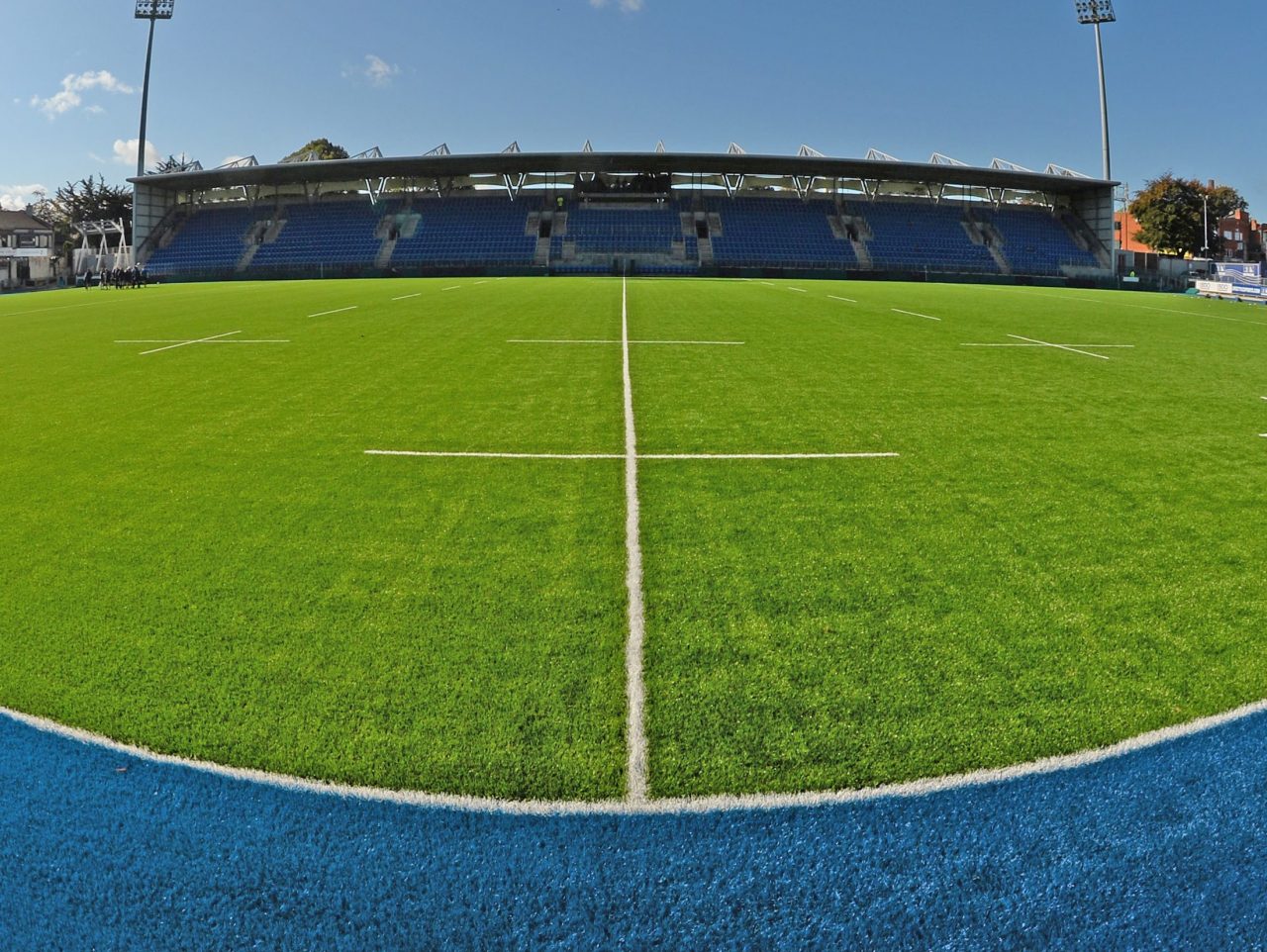 In the biggest Girls’ Schools event in the Leinster Rugby calendar, 180 girls from 12 secondary schools gathered in Donnybrook for the Girls’ Schools Tag Blitz on Tuesday.

There were several new Dublin schools participating, including Muckross, Colaiste Bride and Loreto on the Green, all of whom brought players with experience in other sports such as hockey and Gaelic football to give tag rugby a try.

Schools travelled to Donnybrook from all across the province to play on the new 4G pitches at the stadium. Catherine O’Hagan, teacher from Maynooth Post Primary School, commented that the event was “a great opportunity for the girls to play on the new ‘state-of-the-art’ pitches, for their first blitz against so many other teams in a fun and social environment”.

Several of last year’s Midlands-based participants returned to the iconic venue to test out the new playing surfaces. Mullingar had representation from Loreto and St Finian’s schools, and the blitz-style event again included two schools from last year’s ‘champion’ town Tullamore – as the girls from Tullamore College and 2014 Cup winners, Sacred Heart, demonstrated impressive skill and pace on the pitches.

Women’s rugby is also on the increase in the north of the province. New entries to this year’s event were Drogheda Grammar and Loreto Balbriggan, who have been working hard to develop the girl’s game with the help of their Community Rugby Officers, and support of local club Balbriggan RFC, who’s new Women’s Team were crowned Leinster Rugby’s Development League Champions last weekend. 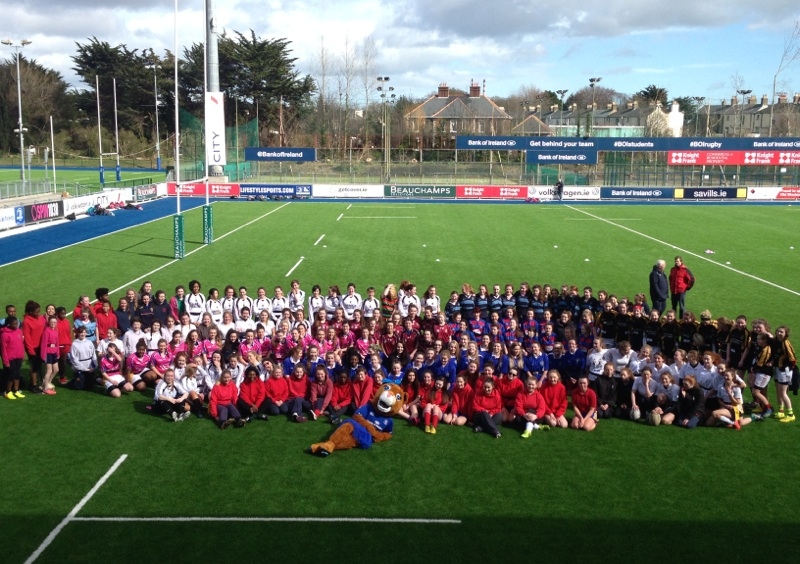 The event was driven by Leinster Women’s Development Officer Jennie Bagnall and supported by the Leinster Community Rugby Department, which visits schools and coach girls tag and full contact rugby from September to April each year.

Bagnall said: “This event is a fantastic conclusion to the work that the CCROs do with girls in schools across the province. With increasing interest in the game from the female population, this year has undoubtedly been our most successful in terms of youth development.”

The growth in the Club game has been huge in 2014/15, with over 20 new mini girl’s (under 8, 10 and 12), and age grade (under-15 and 18) girl’s teams being formed around the province in the last six months, as well as a huge increase in participation and general level of acceptance of the full contact form of the game within all schools.

Later this week Leinster Rugby will be running their fifth Girl’s Full Contact 7s blitz of the season, with more than 10 schools expected to participate, with the culmination of the season being the Leinster Schoolgirl’s 7s Cup also being held in Donnybrook Stadium on April 24th.