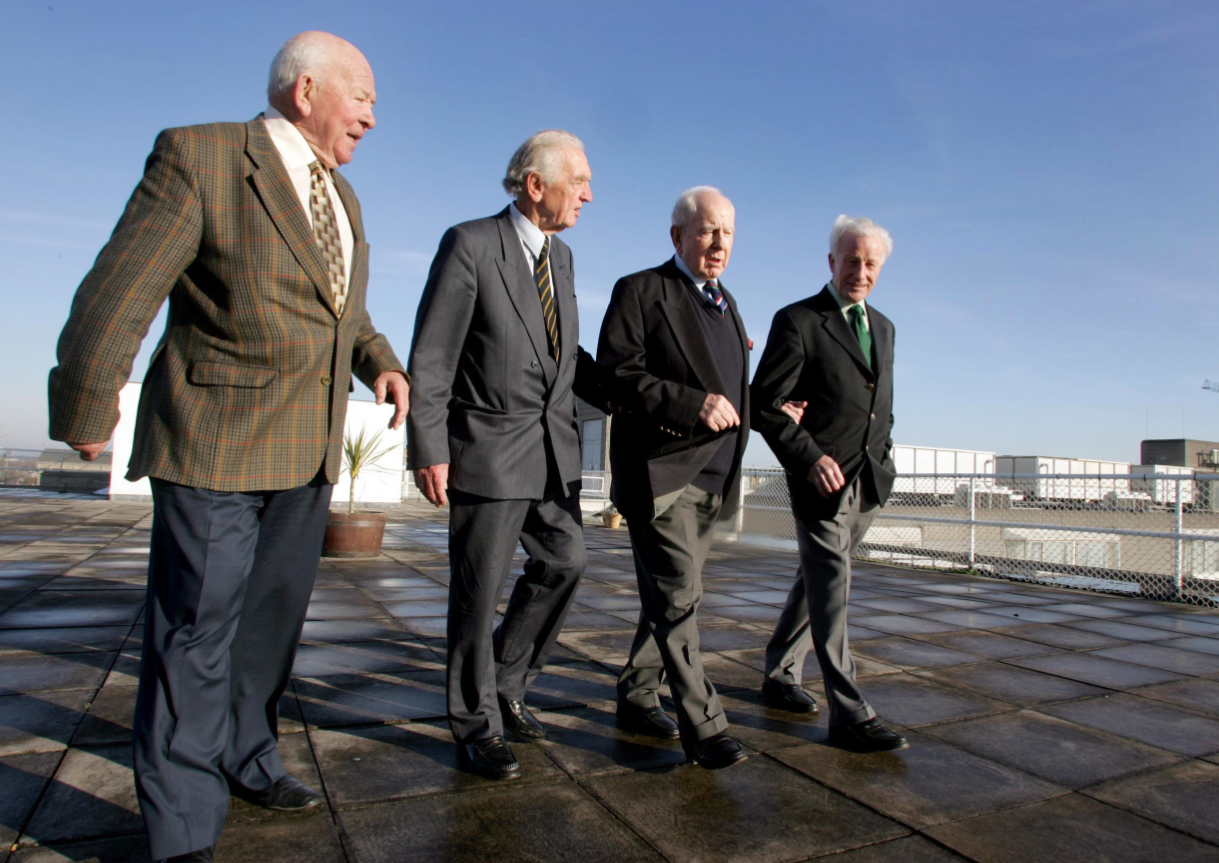 The death has occurred of Lansdowne FC club man Michael O’Flanagan who was a member of the 1948 Irish Grand Slam winning team.

Michael O’Flanagan played with Lansdowne from 1943. He was also a very talented footballer who played soccer for Ireland together with his brother, Kevin O’Flanagan.

As a soccer player, Michael played for, among others, Home Farm, Bohemians and Belfast Celtic. His older brother, Kevin, was also a notable sportsman (playing with Arsenal) and in September 1946, Michael and Kevin played international soccer together for Ireland against England. A third brother, Charlie O’Flanagan, also played for Bohs.

On the 28 February 1948 Michael played in the centre for Ireland against Scotland in a 6–0 win at Lansdowne Road. This helped an Ireland team featuring Karl Mullen and Jack Kyle, win the Triple Crown, Grand Slam and the 1948 Five Nations Championship.

Michael will be greatly missed by his loving wife Carine (O’Grady), his brother Charlie and extended family Una and Deirdre O’Flanagan, Alan and Kathleen O’Grady, Elizabeth and Patrick Larkin and his nieces and nephews. Predeceased by his brothers Kevin and Sean, and his sister Trixie.

Removal on Tuesday, 15th September to the Church of the Sacred Heart, Donnybrook, arriving at 9.50am for 10am Funeral Mass, followed by burial at Deans Grange Cemetery. Family flowers only.