2018 finalists Belvedere get off the mark in Schools Senior Cup 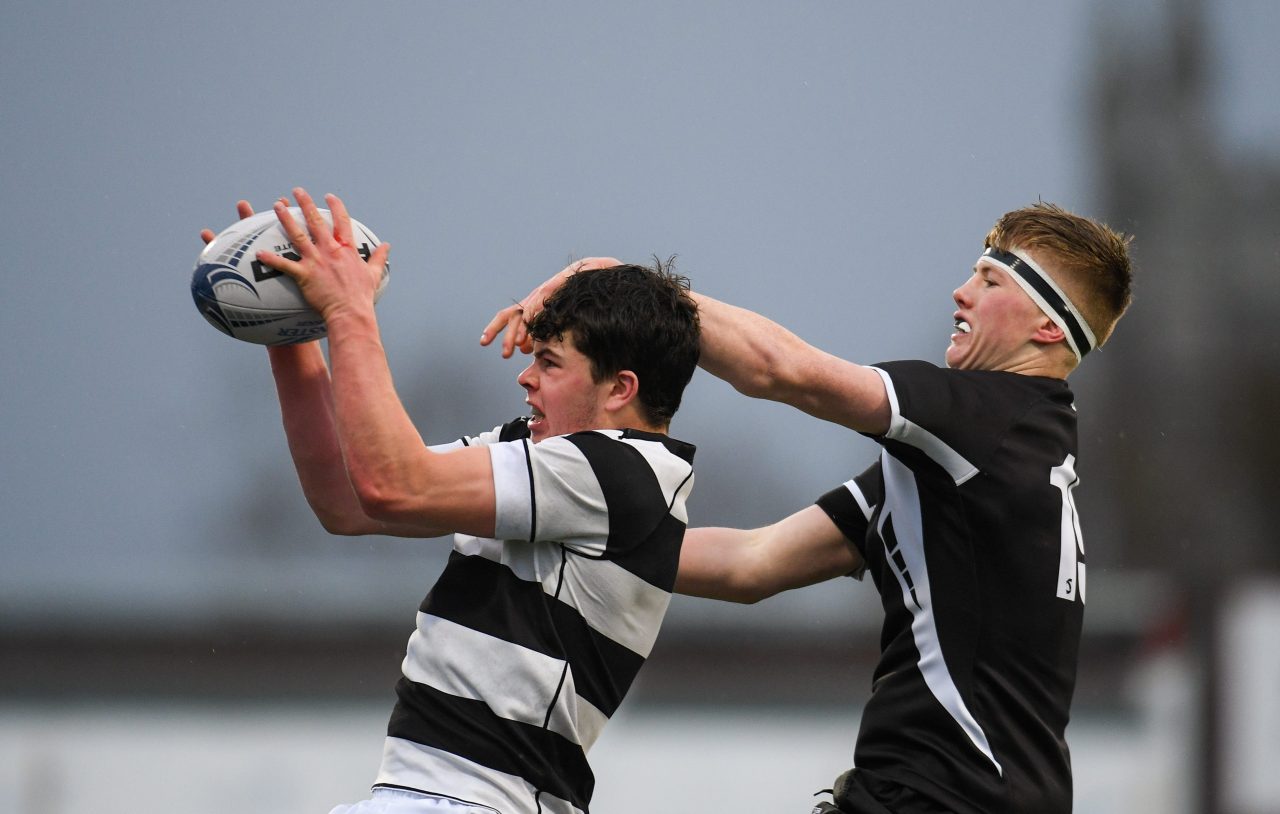 Belvedere College sent out a statement of intent at Energia Park this afternoon with a 15-point triumph over Cistercian College Roscrea in the Bank of Ireland Leinster Schools Senior Cup first round.

Beaten finalists in last year’s competition, the 12-time champions appear hell-bent on going one better in 2019.

After they claimed a third penalty in the space of five minutes, Belvo fly-half Justin Leonard finally opted for a kick at goal.

He comfortably split the uprights to give the north Dublin side an early advantage – which was quickly enhanced by a brace of magnificent tries. Outside centre Cailean Mulvaney discovered space down the right-flank and powered past a series of covering tackles to dot down.

Roscrea subsequently lost Dylan Keane to injury, before suffering an additional set-back on 10 minutes. A Rory Dwyer clearance was superbly gathered by left-wing Matthew Grogan, who raced free for a sublime five-pointer.

Roscrea fired back with an unconverted try of their own from Kilgallen, but this only provided their under pressure defence with a temporary release. Following another relentless attacking spell inside the opposition ’22’, Belvo full-back Rory Dwyer touched down underneath the posts.

Justin Leonard supplemented this score with his maiden bonus strike of the tie and also converted a clinical Alekseiy Soroka finish on the stroke of half-time.

Roscrea were much-improved after the resumption and were richly-rewarded on 53 minutes. Out-half Darragh Tynan released the impressive Kilgallen for his second try of the proceedings.

His midfield partner Billy Foley was on hand to convert, giving his side a glimmer of hope in the process. While Aaron Coleman rounded off a breakaway move to eliminate any prospect of a final-quarter fightback, Roscrea did have the final say at the rain-soaked south Dublin venue.

Deep into second-half stoppage-time, number eight Aaron Coleman added to the final score by squeezing over the whitewash on the right-hand side.