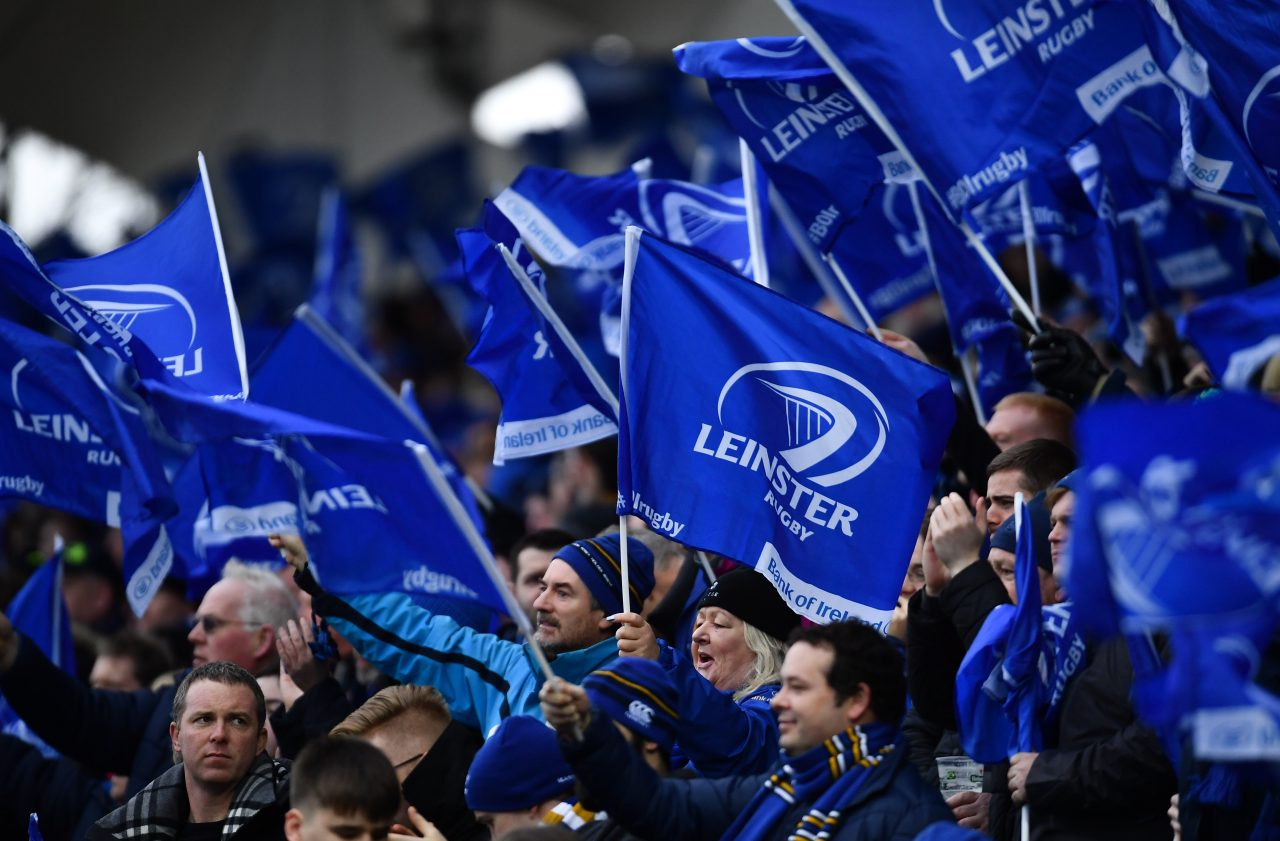 Having concluded arrangements with the TV Broadcaster Partners, EPCR have this morning confirmed the dates and kick-off times for matches in Rounds 1 through to 6 inclusive in the 2019-20 Heineken Champions Cup. 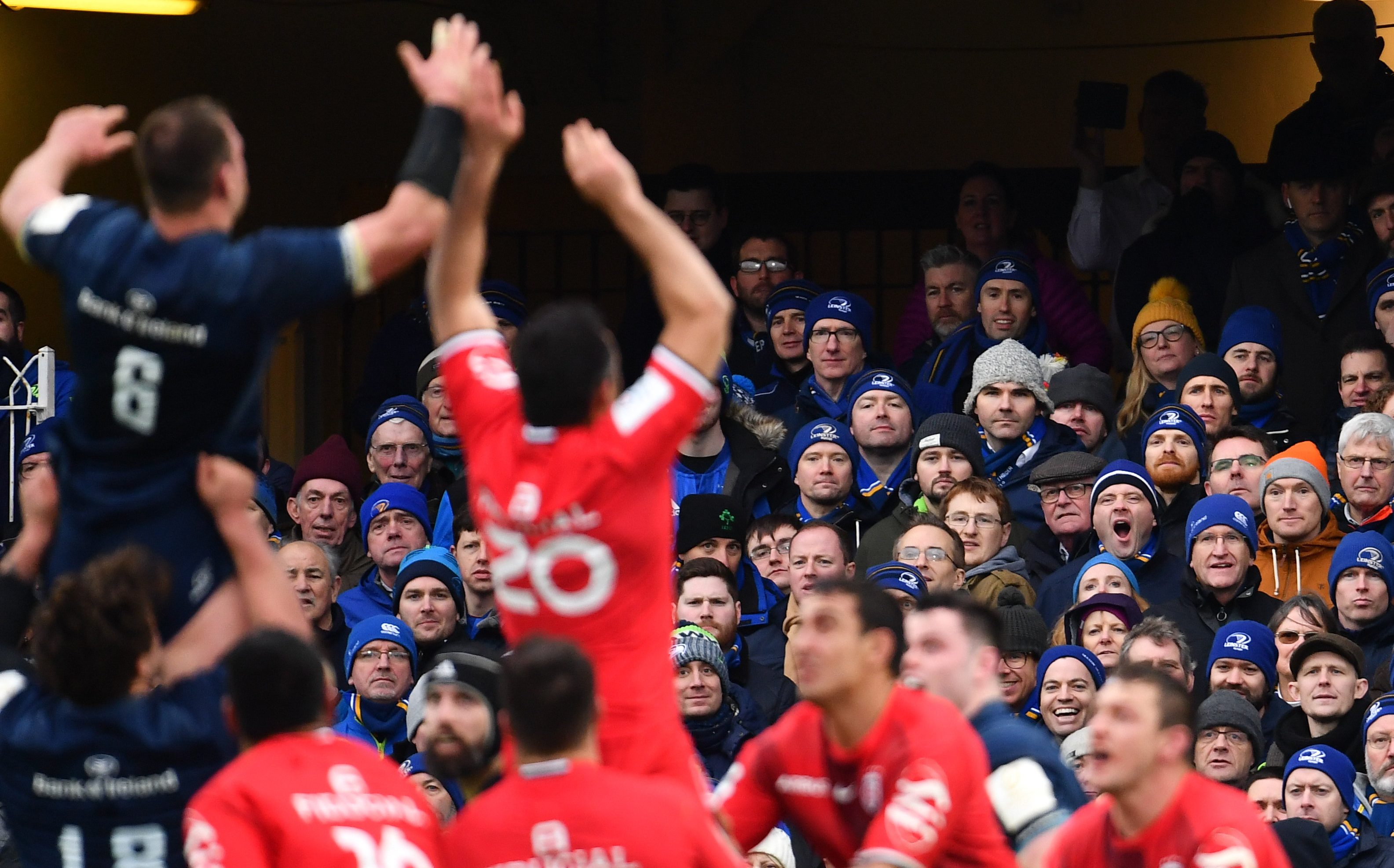 As already established, Leinster Rugby have been drawn in Pool 1 with Benetton Rugby, Northampton Saints and Lyon and they will welcome Guinness PRO14 rivals Benetton Rugby to the RDS Arena in the first game of the new European season on Saturday, 16th November 2019 (Kick-Off: 3.15pm).

A week later Leinster travel to France to take on Lyon in the Matmut Stadium de Gerland with again a 3.15pm kick-off time (Irish time).

There will be a one week European break after the Round 2 games, before Heineken Champions Cup action resumes on the weekend of 6-8 December 2019.

First up, in Round 3, Leinster Rugby will travel to Franklin’s Gardens on Saturday to take on Northampton Saints in the first of the back-to-back games (Kick-Off: 1pm), with Saints returning to the Aviva Stadium a week later for a 5.15pm kick-off. 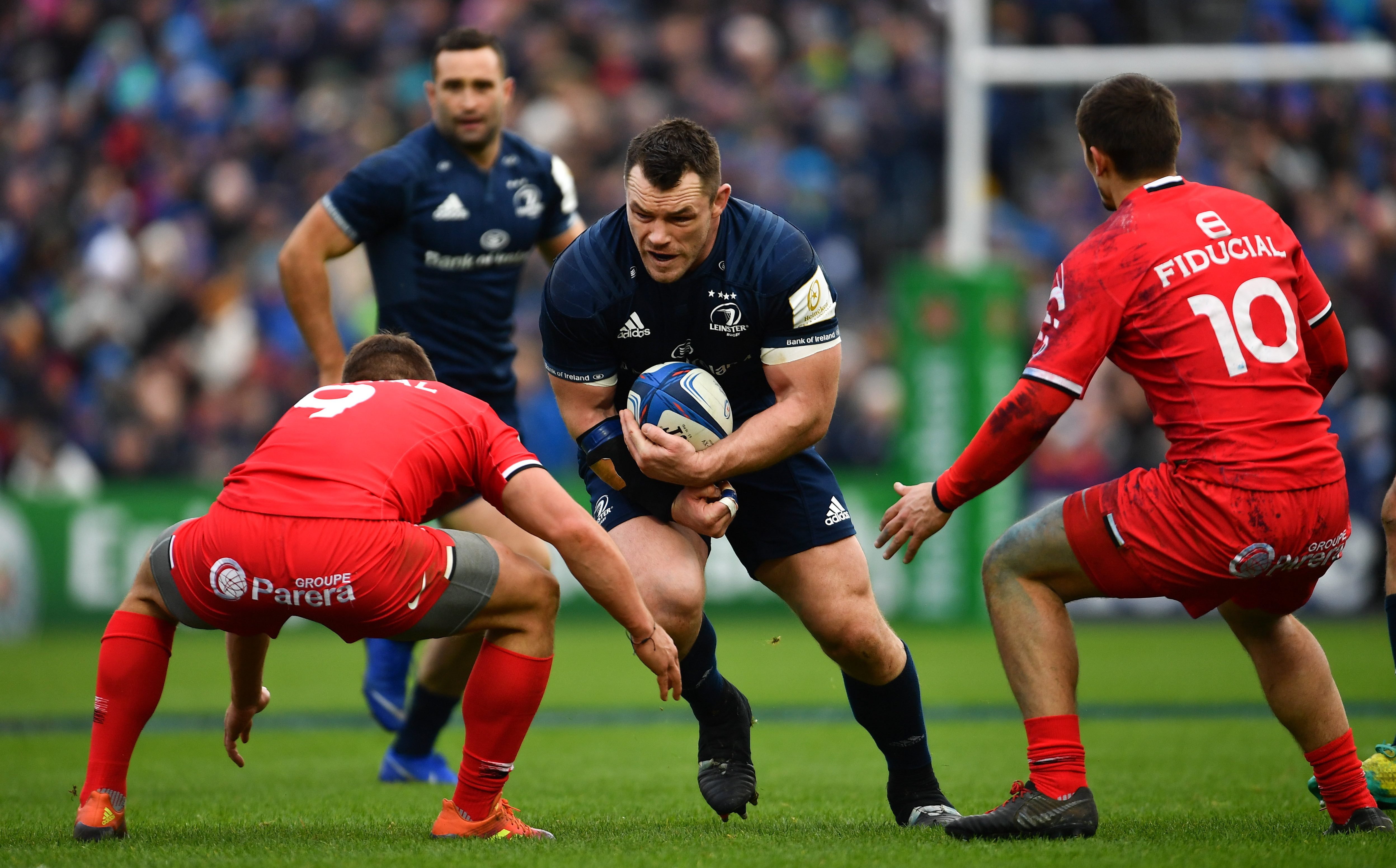 The penultimate European round will be played on the weekend of 10-12 January 2020, with Leinster welcoming Lyon to the RDS Arena on the Sunday with a 1.00pm kick-off.

Six days later they finish off the Pool 1 games with a trip to Italy in the Stadio Communale di Monigo against Benetton Rugby and again a 1.00pm kick-off (Irish time).

With the Heineken Champions Cup pool games now announced, that confirms the home fixtures for Leinster Rugby for the 2019/20 season as below.

Season Tickets for the the new season can still be purchased HERE. 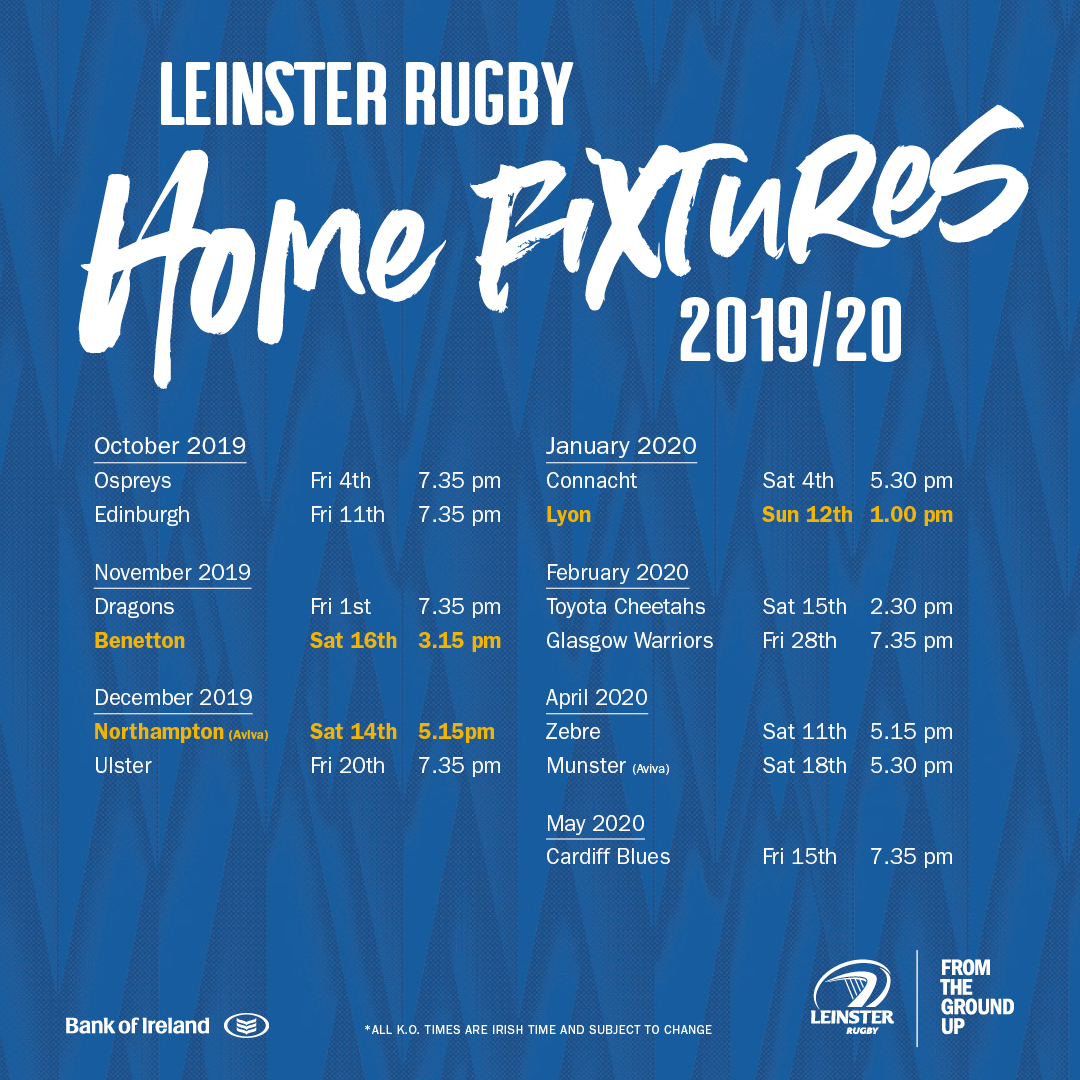