2019 finalists Blackrock College get off the mark 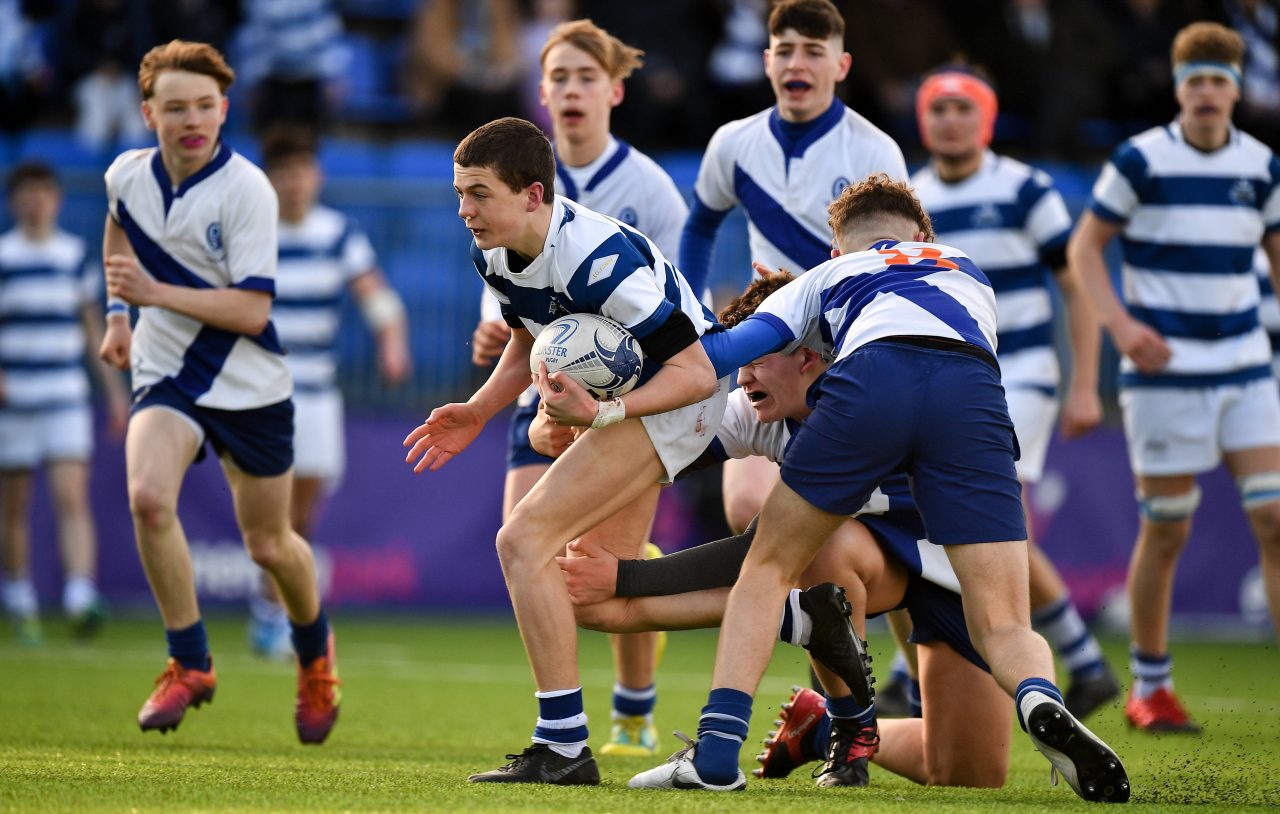 Blackrock College are into the second round of the Bank of Ireland Leinster Rugby Schools Junior Cup after beating St Andrew’s College at Energia Park.

The 2019 beaten finalists have a seven minute spell either side of half-time to thank for their victory as, until that point, it was much tighter than the scoreline would suggest.

They notched 21 points across that period and put themselves on the way to victory.

The opening exchanges were dominated by Blackrock who moved the ball freely between both the pack and the back line until it was Mikey Yarr who burrowed over from close range.

Andrew’s responded by getting their hands on the ball but without truly threatening the ‘Rock defence, a knock-on eventually bringing an end to their good spell.

The final few minutes of the half brought a flourish from ‘Rock as they clocked on a 14 points, a half-time score of 17-0 not telling the story of the game.

First, Federico Mei managed to clamber over the line under pressure before winger David Doyle burst clear on the outside and had the legs to get back in underneath the posts, giving Oliver Coffey a much simpler conversion.

No 8 Tom Brigg made it a third try in quick succession immediately after the restart for the second half.

As the game entered the final quarter, replacement front row Sean McKechnie scrambled over for Blackrock’s fifth try, Coffey adding to it with a fourth conversion.

James O’Sullivan and Jack Angulo also got in on the act late on for an impressive Blackrock outfit.