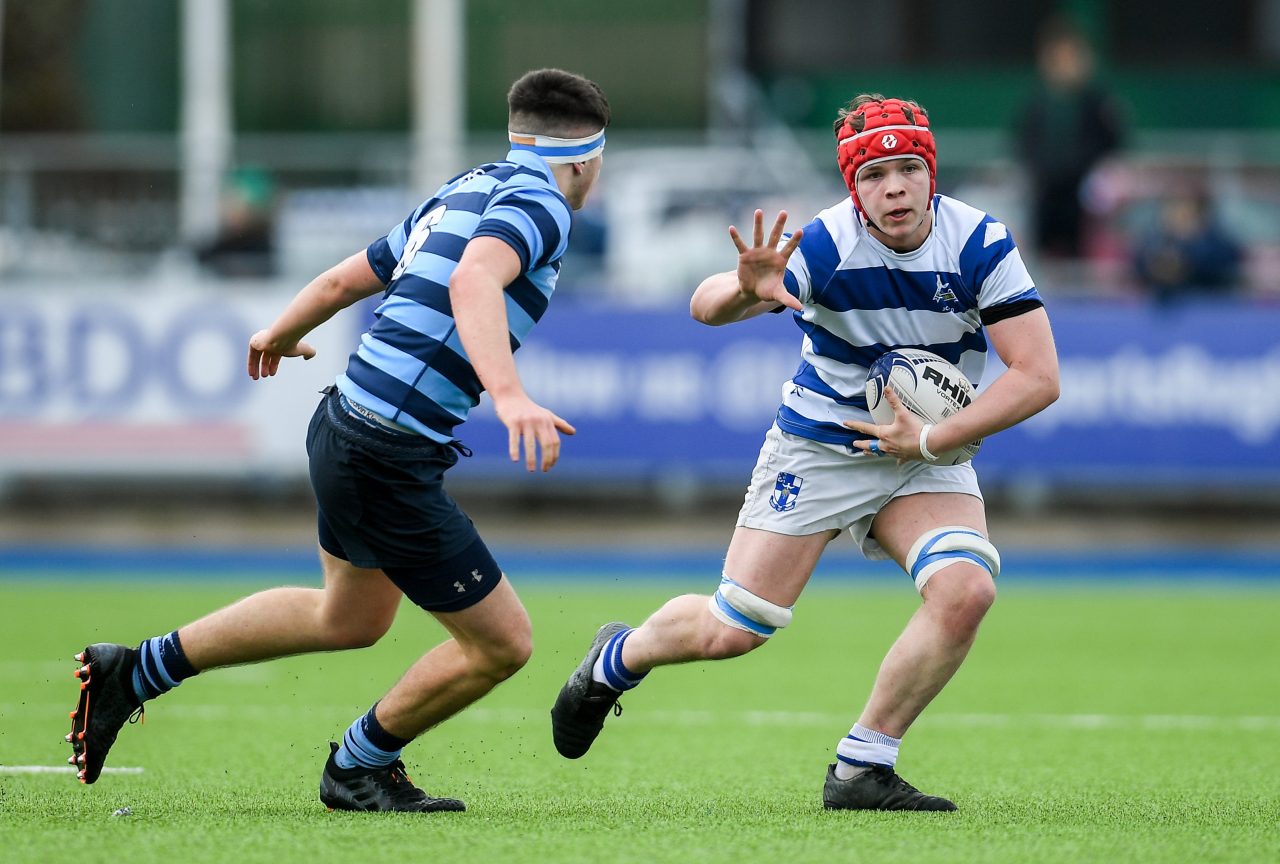 Blackrock College have clinched their place in the final of the 2020 Bank of Ireland Leinster Schools Junior Cup with victory over St Vincent’s Castleknock College.

The rain stayed away from Energia Park for much of this contest allowing both sides to play freely which was utilised well by ‘Rock.

Defensively, Castleknock were sound until the constant barrage of ‘Rock pressure finally told.

Blackrock enjoyed the lion’s share of possession across the opening 10 minutes, moving the ball around the pitch well, but ‘Knock stood tall and conceded only three points to an eighth-minute Oliver Coffey penalty.

They thought they had got the first try of the match when Luke Kritzinger barged over from close range but he was adjudged to have been held up by Izac Scallon.

From the resultant penalty, Castleknock stole possession and an offside ruling allowed them to clear the danger.

‘Rock weren’t willing to go away, however, and they kept Castleknock pinned into their own half before eventually flanker Sean McKechnie roared through to touch down.

That concession sparked a sudden jolt of life into Castleknock and they made their first meaningful foray into Blackrock territory.

While there, they got some much needed points on the board when No 8 Daniel Ruane powered over before also converting.

The Williamstown school regained their hold on the contest just before half-time when Tom Brigg pushed past two tackles to score, Coffey again made no mistake with the kick.

And the No 8 was at it again early in the second half, forcing his way through for his second, stretching Blackrock’s lead to 22-7.

Another Coffey penalty widened the gap before quick-footed centre Eoghan Walsh got their fourth try in the 44th minute.

Full back James O’Sullivan and Walsh darted through late on to finish the scoring and put Blackrock College back into the Junior decider again this year.