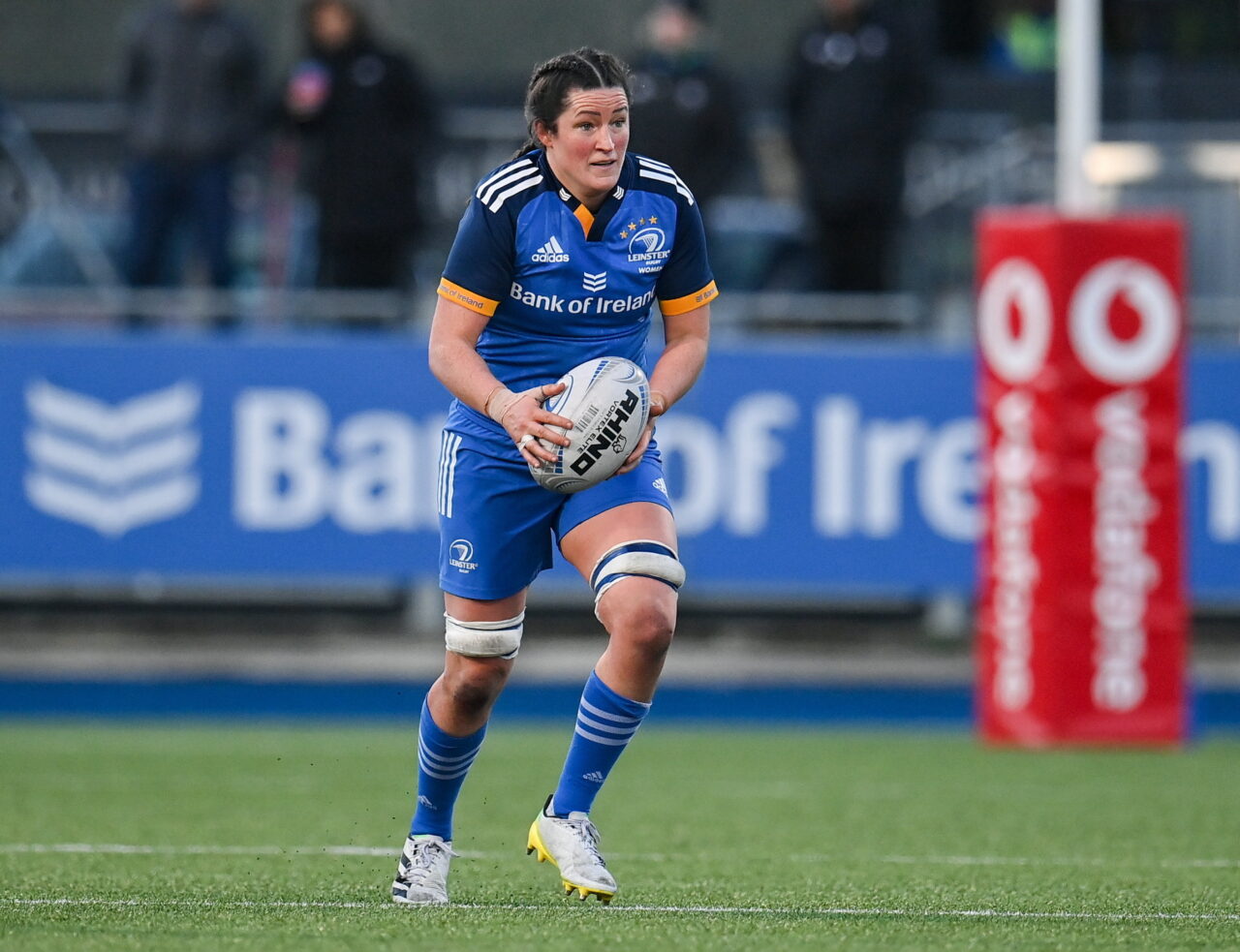 21 Leinster players have been selected in the 43-player squad for the forthcoming Celtic Challenge competition.

Ireland Head Coach Greg McWilliams and the National Coaching Team have named a panel that will compete against sides from Scotland and Wales.

Leinster’s Hannah O’Connor (pictured above) and Munster’s Enya Breen have been named co-captains for the Celtic Challenge campaign.

The Combined Provinces XV will play in two home and two away games over a six-week period. The first game of the competition took place over the weekend with WRU Development XV defeating The Thistles 29-27 at Scotstoun Stadium.

The Combined Provinces XV will play their two home games at Kingspan Stadium, facing the Scottish Thistles on Saturday 4th February and the WRU Development XV on Saturday 18th February.

The Irish sides’ first fixture of the competition is away to their Welsh counterparts this coming Sunday 29th January at the Cardiff Arms Park.

The competition concludes four weeks prior to the start of the 2023 TikTok Women’s Six Nations Championship.

“This is an exciting new competition that provides a really excellent opportunity for our extended squad of players to prepare for the TikTok Women’s Six Nations and gain valuable competitive experience and exposure to high level competition.

“The Celtic Challenge provides us as a national coaching group with a window to work closely with players we’ve been tracking throughout the Women’s Energia All-Ireland League and the recent Vodafone Women’s Interprovincial Championship.

“It is an exciting group of players, combining youth and experience, and it will be invaluable for us to come together as a group for an extended period to build cohesion and connections ahead of the Six Nations campaign. We’re looking forward to the challenge over the coming weeks.”