St Mary’s through to Last Four in Junior Cup 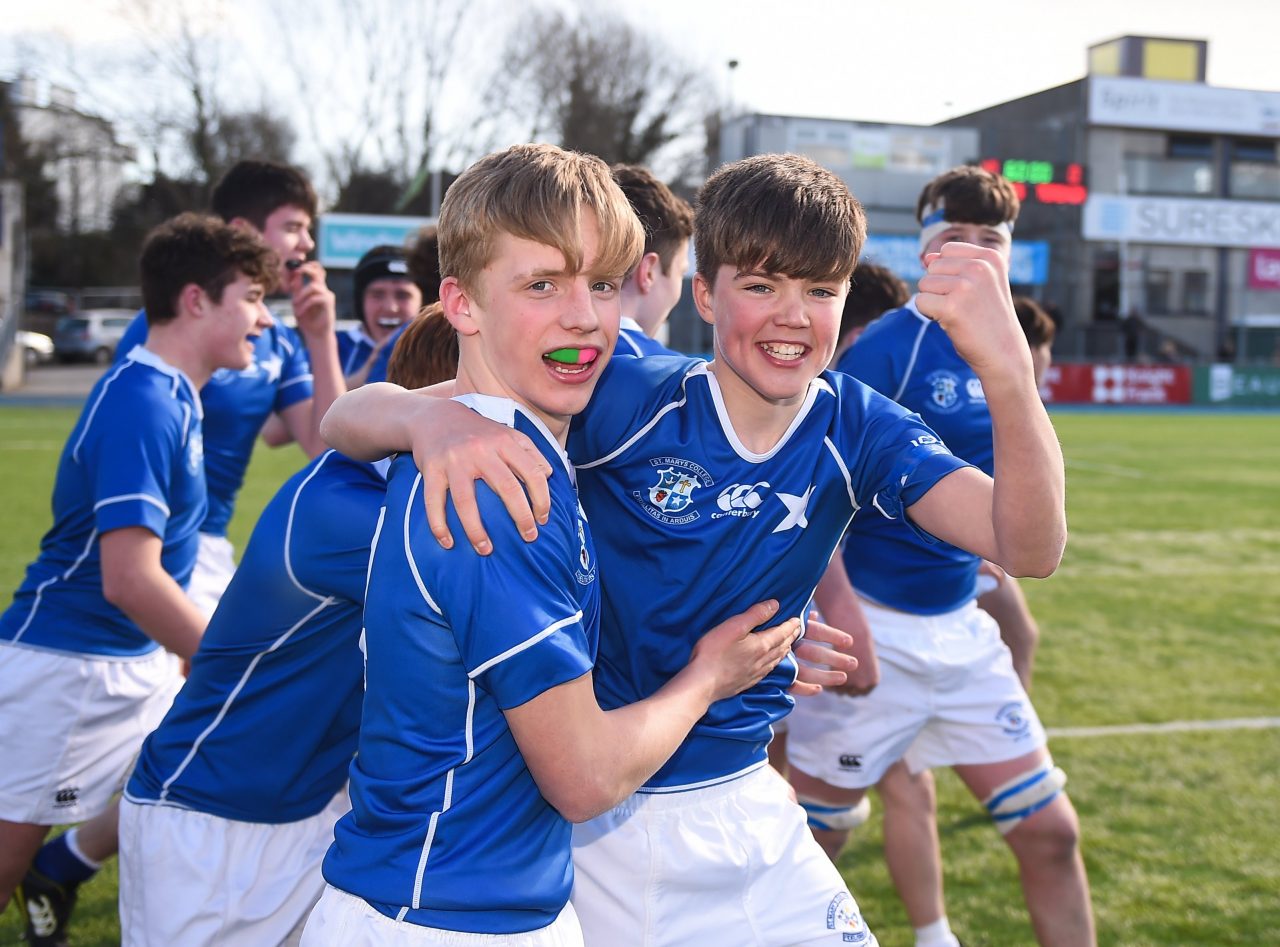 St Mary’s College were good value for their two tries-to-nil win over Terenure College in the Bank of Ireland Leinster Rugby Schools Junior Cup quarter-final at a sunny Donnybrook today.

This was billed as a 50-50 contest and it sparked immediately into life by Terenure prop Adam Hall’s tearaway break and St Mary’s wing Sam Czerniek’s track-back tackle.

St Mary’s accuracy at the breakdown was the reason for their position on the field, their third penalty offering a shot at goal which dropped short, the boys in blue were there to take advantage, their patience in attack was rewarded when centres Barra O’Loughlin and Rob Nolan combined for the latter to plunge over for 5-0 in the seventh minute. 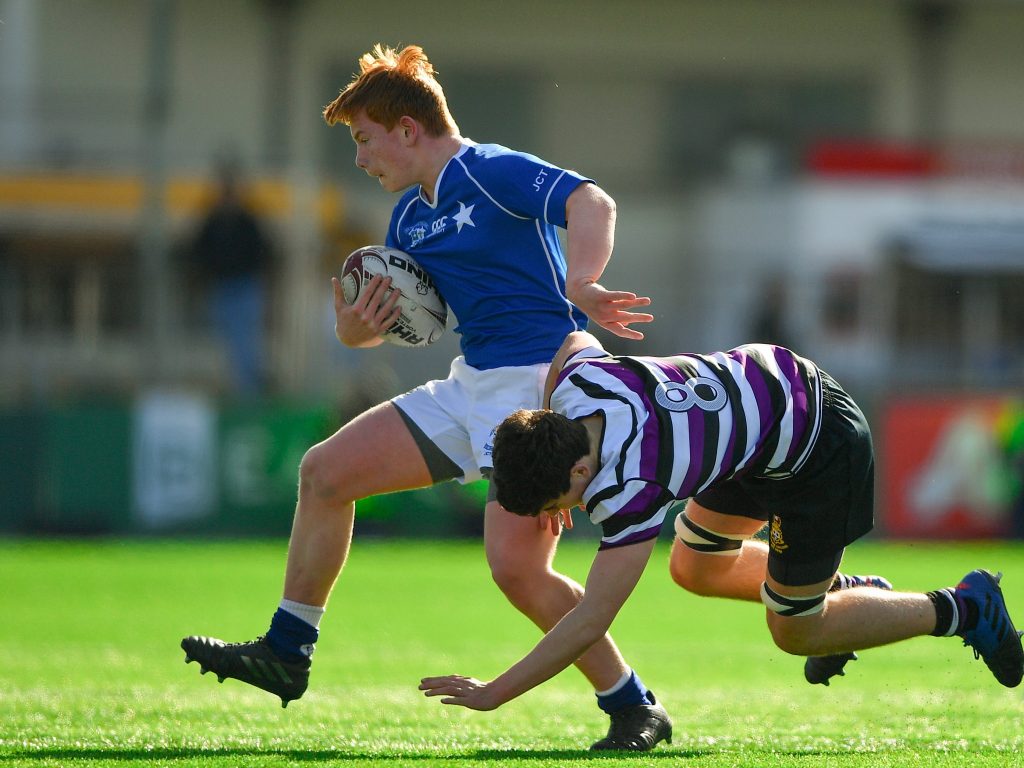 Terenure stuck to the script in moving the ball in the tighter channels through number eight Adam Clarke, centre Simon Hughes and captain Conor McElwaine. A razor-sharp counter by Nolan was answered by a muscular charge by ‘Nure full-back Conal Cunningham.

St Mary’s were working their way methodically into position to strike again when ‘Nure’s Harvey O’Donoghue stepped up to intercept. The centre didn’t have the legs to go the whole way, his kick recovered by St Mary’s speed merchant Ross Moore to defuse a dangerous situation.

St Mary’s just couldn’t find the finishing touch to go with their superior approach play as lock Hugo Massey ruled the lineout and hooker Matthew Black led the charge.  It was Black’s over-eagerness that cost him a yellow card right on half-time. 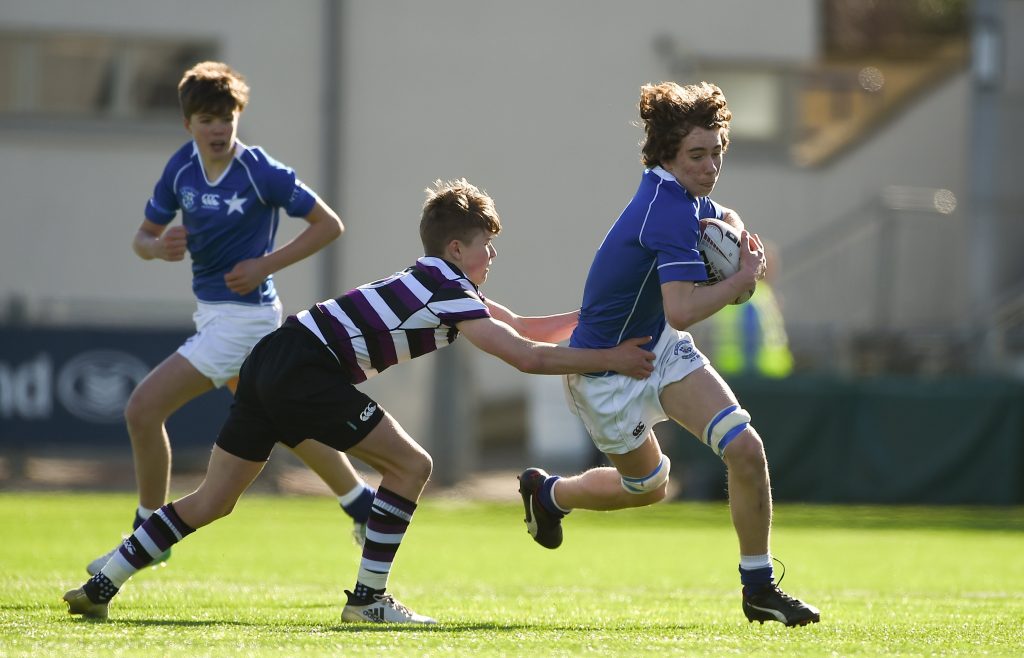 Terenure had the interval to come up with a solid plan and they carried it out by mixing their game for full-back Cunningham to go close. They stayed on point, with scrum-half Liam Nolan testing Adam Sloan’s defence before the penalty came their way. Out-half Mattie Lynch slipped his shot just wide of the right post.

After that, the St Mary’s defence stood firm in the face of sustained pressure, eventually earning their exit through a penalty. Their ploy appeared to be, to get Nolan into space and let him take it from there. 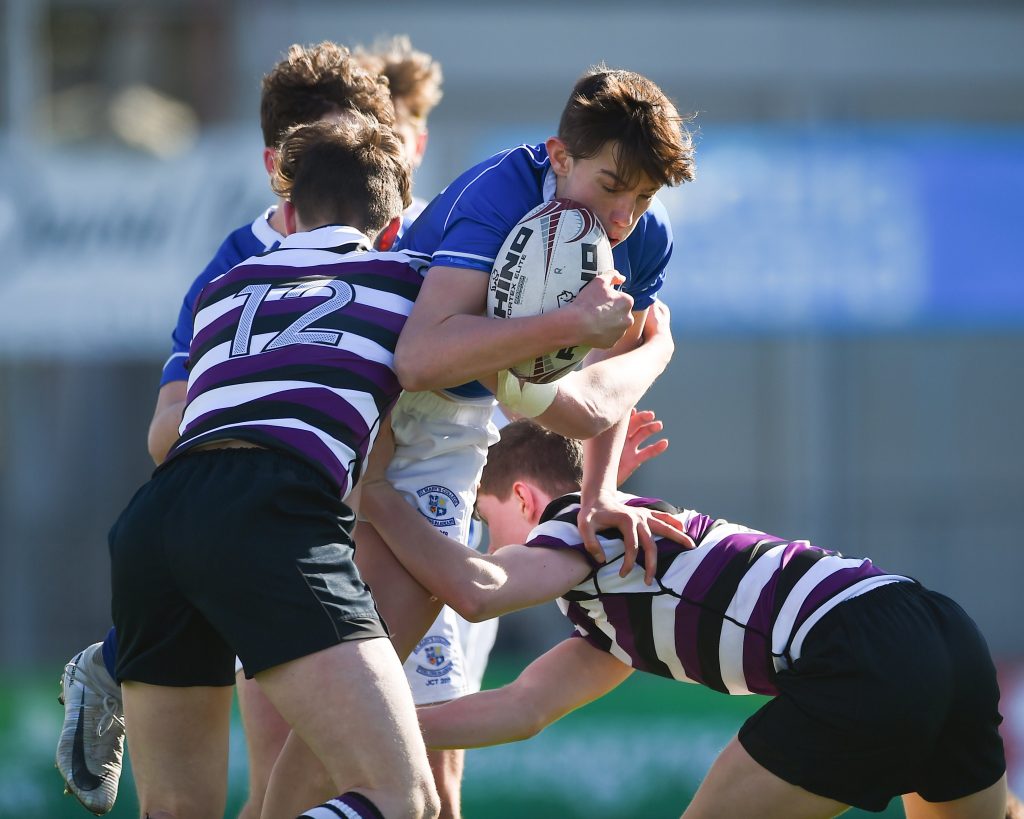 Not for the first time, they manoeuvred into the right area of the field only for flanker John Kennedy to be turned away right on the line. They had a 5-metres scrum which allowed centre O’Loughlin to truck it up until the ball was turned over by a mass of ‘Nure defenders.

It took a beautiful clearance from out-half Lynch to take Terenure out of trouble.  But, St Mary’s went to their trusty maul to earn a penalty and opted for the lineout.

This was taken in by flanker Will Sparrow and his surge put them on the front-foot, from where Adam Mulvihill eventually crashed over for the all-important two-score lead in the 56th minute. 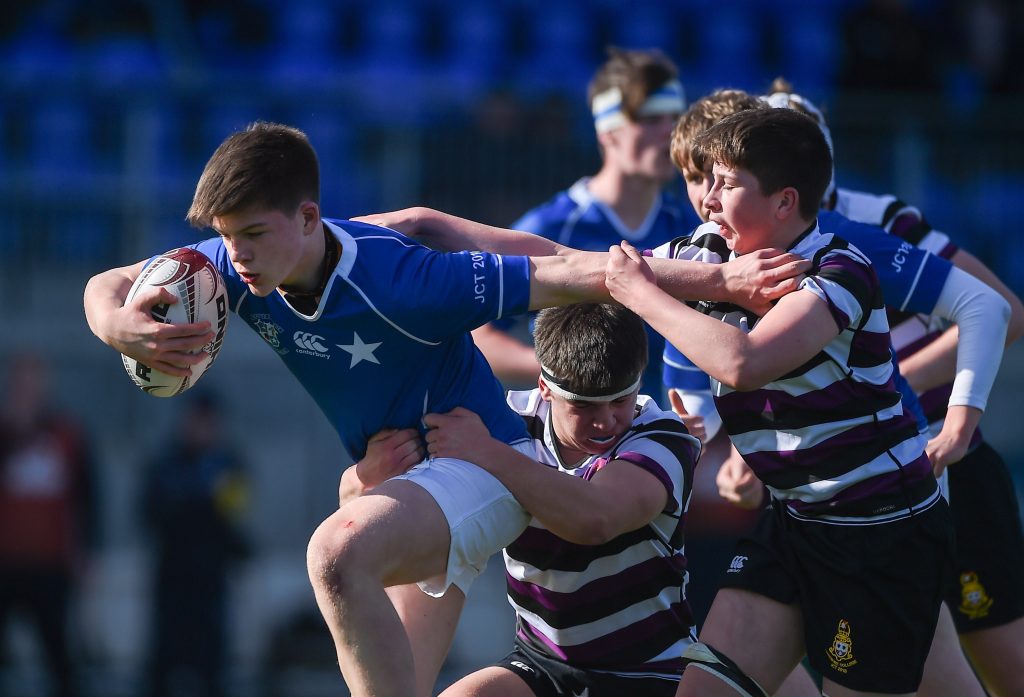