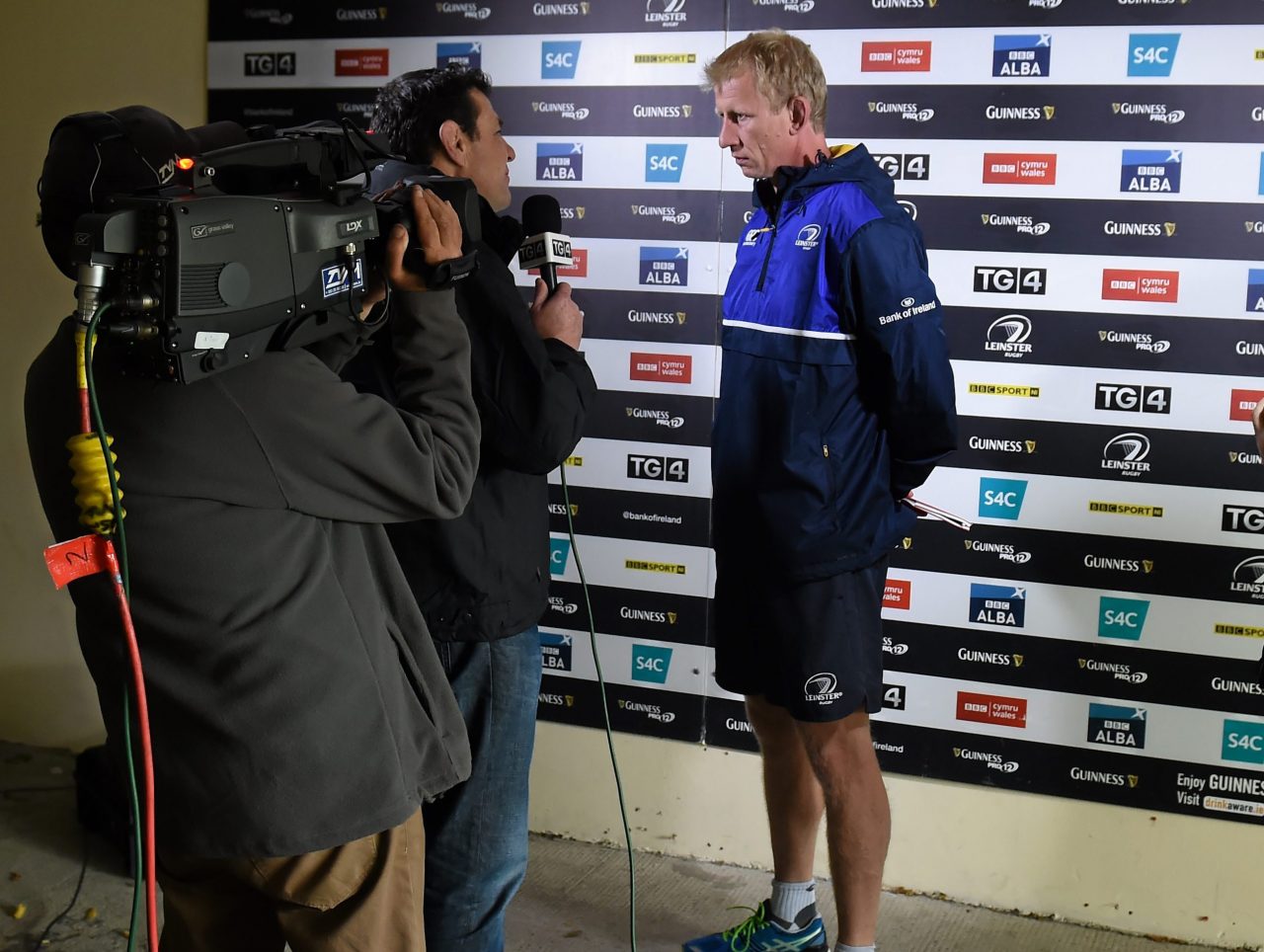 Take a look at the key talking points from Leo Cullen’s press conference ahead of the game against Ulster.

There was no update on long term absentees Ed Byrne and Mick Kearney, but head coach Leo Cullen did confirm that Jack Conan would be out for up to 12 weeks.

“Jack Conan had a procedure done on Monday. It was really unfortunate that he picks up a fracture in his foot. He had the surgery to repair that. At the same time he’s had some ongoing issues with an ankle – remember last season he pulled out before a game (away to Ospreys) – so he had a bit of damage to his syndesmosis and to his lateral ligaments, so he’s got both of those repaired at the same time. Originally I said 6-10 weeks, it’s probably looking at closer to 12 weeks for Jack.”

Cullen also provided an update on Sean O’Brien and Richardt Strauss, who both miss out on the derby match with Ulster.

“Sean O’Brien and Richardt Strauss, both of those are making good progress. They came off with the HIA assessments (against Wasps). We’re on course in terms of rehabbing those guys back.”

After the games against Wasps and Bath in the Champions Cup, Cullen confirmed that some players were being rested ahead of a run of fixtures which includes a trip to Guinness PRO12 champions Glasgow Warriors, back-to-back Toulon fixtures, Munster away and Connacht in the RDS Arena on New Year’s Day.

“Isa came through the (Bath) game ok. It’s good to have Rob back as well this weekend. Ferg McFadden was a bit bashed around after last week, Dave Kearney similar. Those guys are not too bad, we ‘re just trying to manage guys as best we possibly can over the next stretch of games.”

The challenge posed by an Ulster team with threats throughout their squad was also one of the main topics of discussion, with Cullen seeing an interprovincial derby as a good opportunity to get back to winning ways after two defeats in Europe.

“I think Ulster have looked very dangerous at certain times during the course of the season so far. Last week it’s difficult for them because they’ve come off that game that gets called off (the postponed match against Oyonnax in the Champions Cup) and you spend that energy, and you don’t really know how the team is going to react. In the game against Sarries, 15 minutes to go, they’re right in that game. They probably had the better of the chances in the first half. There were probably a couple of things where they didn’t capitalise on some of the opportunities that they’d created. Very strong physically, Ulster; a lot of big physical players, a lot of really strong carriers across the board, so it’s going to be a big challenge for us. It’s a good game for us to try and get back on track. We’re both very close together in the league, as you can see from the table. Ulster is one of the great games. We’ve had some really good ding-dong battles with them over the last number of years and I’m sure tomorrow night will be no different.”

Tickets for Leinster v Ulster are on sale now from Ticketmaster.

€;10 student tickets are available from Ticketmaster Centres nationwide and will be on sale before kick-off in the RDS Ticket Office.