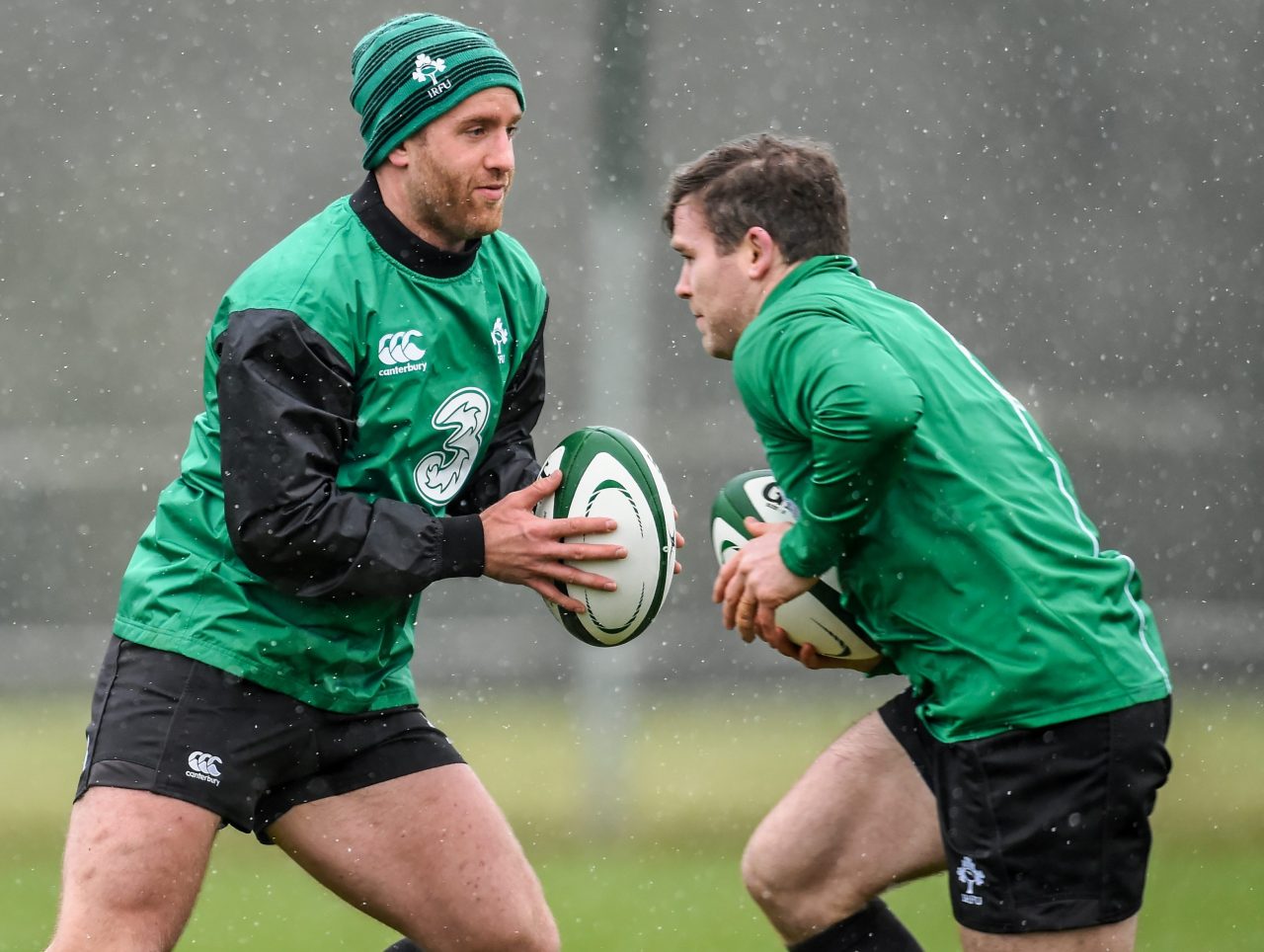 The Ireland coaching staff has named a 38 player squad for the first two rounds of the RBS 6 Nations Championship.

The squad had been reduced through injury as well as a number of Wolfhounds returning to their provinces.

“Jack Conan and Michael Bent did well against the Saxons but will return to Leinster, as will Noel Reid who was restricted to a brief cameo as he was covering a number of positions.

“Rob Herring returns to Ulster and will look forward to having an opportunity for further game time.  Fergus McFadden has a rib cartilage injury, while Craig Gilroy will follow the return to play protocols after a concussion in the Wolfhounds game,” commented Ireland Head Coach Joe Schmidt.

Dave Kearney and Luke Fitzgerald are expected to be fully fit to train in preparation for Italy, while Eoin Reddan and Jamie Heaslip are progressing well and are likely to be available to train fully on Tuesday.

Mike McCarthy suffered a concussion during the Wolfhounds game and will stay with the squad while completing the return to play protocols.  Cian Healy continues to make very promising progress post his hamstring injury.

Conor Murray trained well on Friday and is expected to be fit for the Italy clash this Saturday.