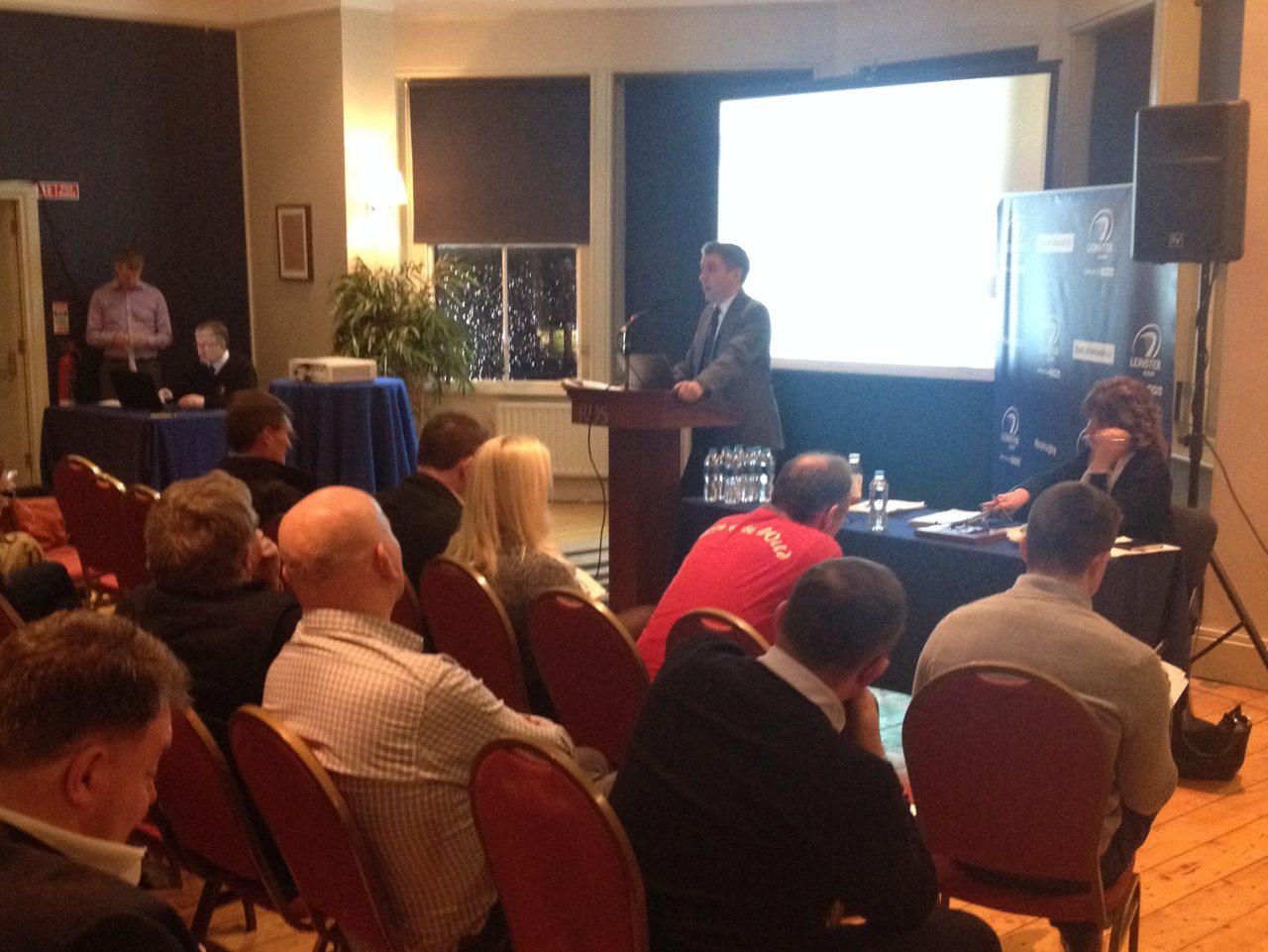 Last night Leinster Rugby hosted its first PRO seminar of the season where 42 Leinster Clubs, 1 GAA team and 7 organisations showed up to learn more about communications and how their club can benefit from having a communications strategy in place…

Kieran Mc Sweeney from PSG Sponsorship discussed the importance of a communications strategy, the do’s and don’ts of press release and articles etc. which was well received by the crowd. Next up was Sportsfile’s very own Brendan Moran who talked about the imagery and gave some few useful tips in the different types of photography. It was at this stage that Tallaght RFC whipped out a selfie stick with the aim to show Brendan how much they were learning.

Banter rose from there when the PRO’s around the province realised Brendan was not on twitter and a campaign launched to #getbrendanontwitter.

Sam O’Byrne of Clontarf FC highlighted the PRO structure within his club and showed the other PRO’s where and how he manages content from all the relevant stakeholders. Next up was Noel Cuddy from Suttonians RFC who caused a stir as a debate over website versus social media arose-which is the most important to update first?

Portarlington’s Barry Lambkin was up next and as winner of last season’s PRO of the year, he discussed his involvement with the Leinster Branch and how using our channels can really push a clubs media exposure. Finally, Skerries Jacinta O’Rourke was on and as Chairperson of the PR Committee she discussed the structure of the Committee as well as the volunteers she’s hoping to get on board.

If you would be interested in writing previews and round up’s of the AIL 1A-2B or if you would like to become involved in promoting Junior Rugby contact jacintaorourke@gmail.com.

Aweful lots of people on their phones @LeinsterBranch #LeinsterClubSeminar think that they would talk. #NiceSandwichs

@sportsfile is up next. Might finally learn how to use the camera properly!!! @LeinsterBranch #LeinsterClubSeminar pic.twitter.com/Sbo2b1mTcj

Our budget is not as big as some with their selfie sticks. We have a sweeping brush and a bit of tape @LeinsterBranch #LeinsterClubSeminar

The amazing Sam O’Byrne of @ClontarfRugby teaching us all a thing or two at the #LeinsterClubSeminar pic.twitter.com/AI2eZQd2I7

@LeinsterBranch @sportsfile How about you get Brendan on twitter so he can feel the love for him on here tonight! #GetBrendanOnTwitter

@LeinsterBranch just learnt how to take a picture and interrupted the presentation? sorry. #LeinsterClubSeminar pic.twitter.com/lJpRJCARb9

Great to see the clubs engaging @LeinsterBranch at the event.

126,402 people could have seen #LeinsterClubSeminar since its 1st mention until it became a Trending Topic. #trndnl2015