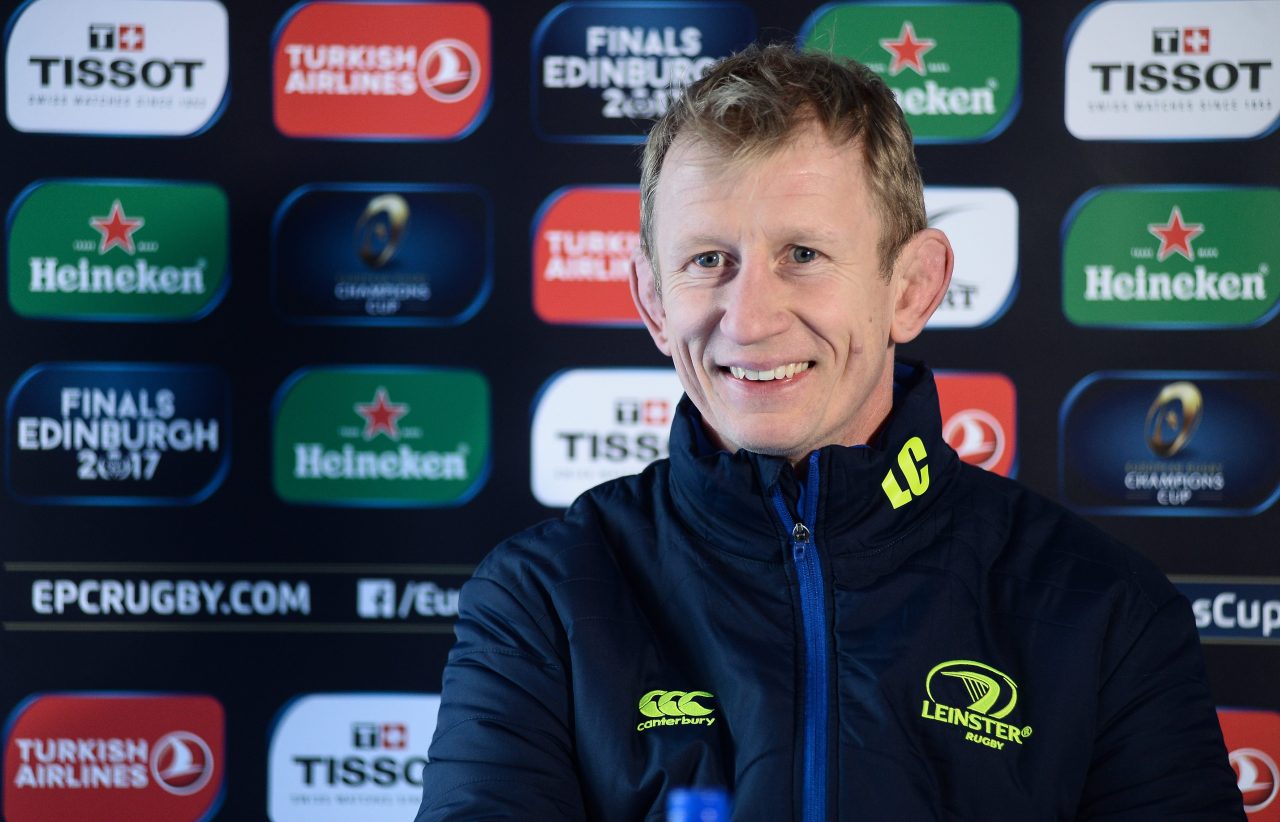 “[Sean O’Brien] just has a bit of tightness in his calf this week so we didn’t take any risks with him. He should be available next week.

“[Sean Cronin] will be out for a few weeks anyway, so he won’t be back for this period. We’ll see exactly how long that is next week. It’s not ideal. It looked reasonably innocuous at the time but he’s done a bit of damage there. We’ll get a full report next week.” “Guys are showing great qualities, I think, week-to-week. We talk about players that are looking to get better, to self improve. They’re very critical of themselves. It’s just trying to give them that environment where they can learn and progress and get confidence. They’re showing good confidence and they’re a pleasure to work with.”

“They’re a team coached by Jake White, so there’s definitely a certain style to the way they want to play the game: very, very big forward pack, confrontational, very good maul, will go very hard at the ruck, and have a very strong kicking game with Nic White in there. They’ve a lot of threats across the board. They’ve assembled a very strong squad. They’re pretty well-resourced and backed as a club. They certainly run a very different model to ourselves. It’s a struggle to find the French players in there. I know I’ve a Fijian (Isa Nacewa) sitting beside me here, but we’ve a very, very different model here. It’s definitely a clash of styles, Leinster against Montpellier.” 4. The last meeting with Montpellier

“We’ve a lot of respect for them. We found the going tough when we played in France (in Round 2 back in October). I thought the guys battled back well. Obviously it was 22-6 and we’d Rob Kearney in the bin as well. At that stage it wasn’t looking fantastic for us, but I thought we finished out the game well. We’ve been asking a lot of questions about why we got ourselves in that situation. Montpellier are a dangerous team and they put us under a lot of pressure at various stages. We need to make sure we handle some of those threats a lot better.” “He’s looked sharp in training. In the lead-in to Zebre he trained the previous couple of weeks. He’s been fully involved in the running of the team. It was good to get that bit of game time under his belt last week. He’s training well again this week; he had no ill-effects from the weekend. He’s in a good place and would have got plenty of confidence from last week.”

Watch the full press conference in the video below

Will you be in the RDS for Leinster Rugby’s crucial Champions Cup clash with Montpellier? Click here to get tickets.