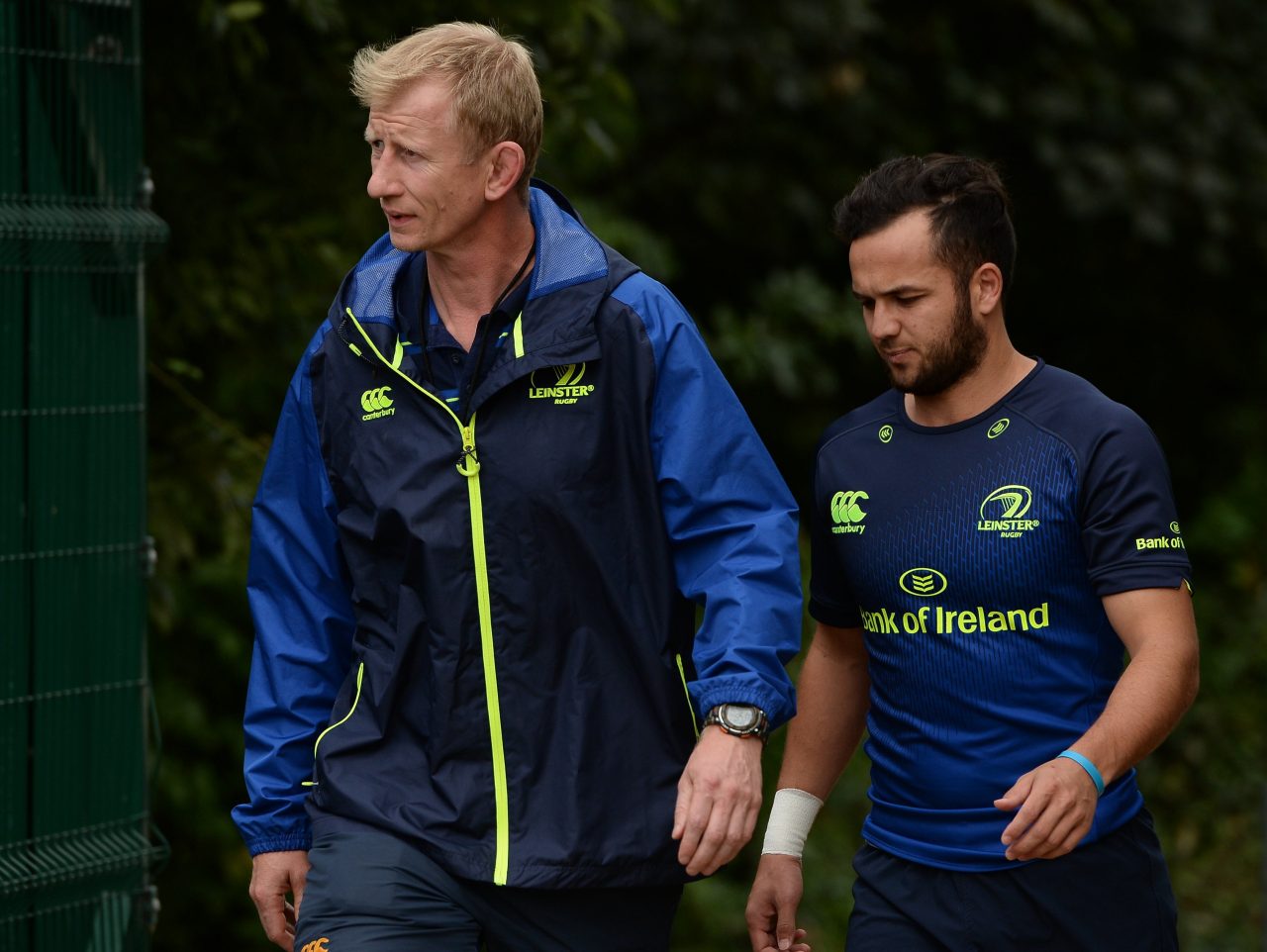 Ahead of Leinster Rugby’s opening game in this season’s Champions Cup against Castres Olympique, Leo Cullen spoke to the media at the RDS Arena.

See what the head coach had to say about five of the main talking points ahead of the game.

1. Sexton misses out through injury

“There was just a bit of tightness in his hamstring during the week. We’ll wait and see how he is over the weekend and start of next week. We’ll assess him then. But he didn’t seem too bad, we just erred on the side of caution.’

“He’s excited. He’s just someone who works really hard at his game. He loves playing, loves training, and he seems genuinely excited by the challenge of it. He’s going well in the game so far. His first start here in the RDS he went pretty well with his two tries in the first half, so it would be nice if we see more of that.”

‘Joey’s taken everything in his stride so far. He’s had the experience of starting those three games early in the campaign. Tomorrow is just another step in that progression. At our last European game in the RDS six guys made their European debuts, so it’s just another step in that progression. We rely on bringing players through the Academy system who, at some stage, are going to have to play their first games in Europe. It’s a great challenge for Joey but he’s dealt with everything really well so far.”

‘Castres have had some mixed form but I think they have a pretty settled team. The team they’ve picked is very, very strong. They’ve got some dangerous players that can cause the best teams a lot of trouble, so we need to make sure we’re on guard for threats that they have.’

‘We’re on a decent run of form ourselves, we’re going into the game with some good confidence. Everything the players have been doing up until now has been working towards those two European games. The work that we do in training is about making progression as a team, evolving the way we want to play to get to this point. These two games we know are critical in the season. It was a lot more condensed the preparation this time last year coming off the World Cup. We’ve had a chance to evolve our game to get to a point where we are now. We would hope that we’re in a much better position.”

“We need to build our way into the competition. Every point counts in the pool stages, because you’re not only in your own pool because if you want to progress and get a home quarter-final you have to compete with what’s going on in the other pools. That’s out of your control, but what is in your control is what we do. If there’s opportunities to gain bonus points, etc., it’s important that we try and take those. We’ve seen over the years where you can come unstuck and you have to go away for a quarter-final. Sometimes it comes down to tries, points difference, all those things matter, so every point is absolutely vital.”

Over 14,000 tickets have been sold for Leinster v Castres at the RDS Arena! Get tickets.

Tickets will also be available to purchase from the RDS Arena Ticket Office (inside Anglesea Road gate ‘D’) on the day of the game.