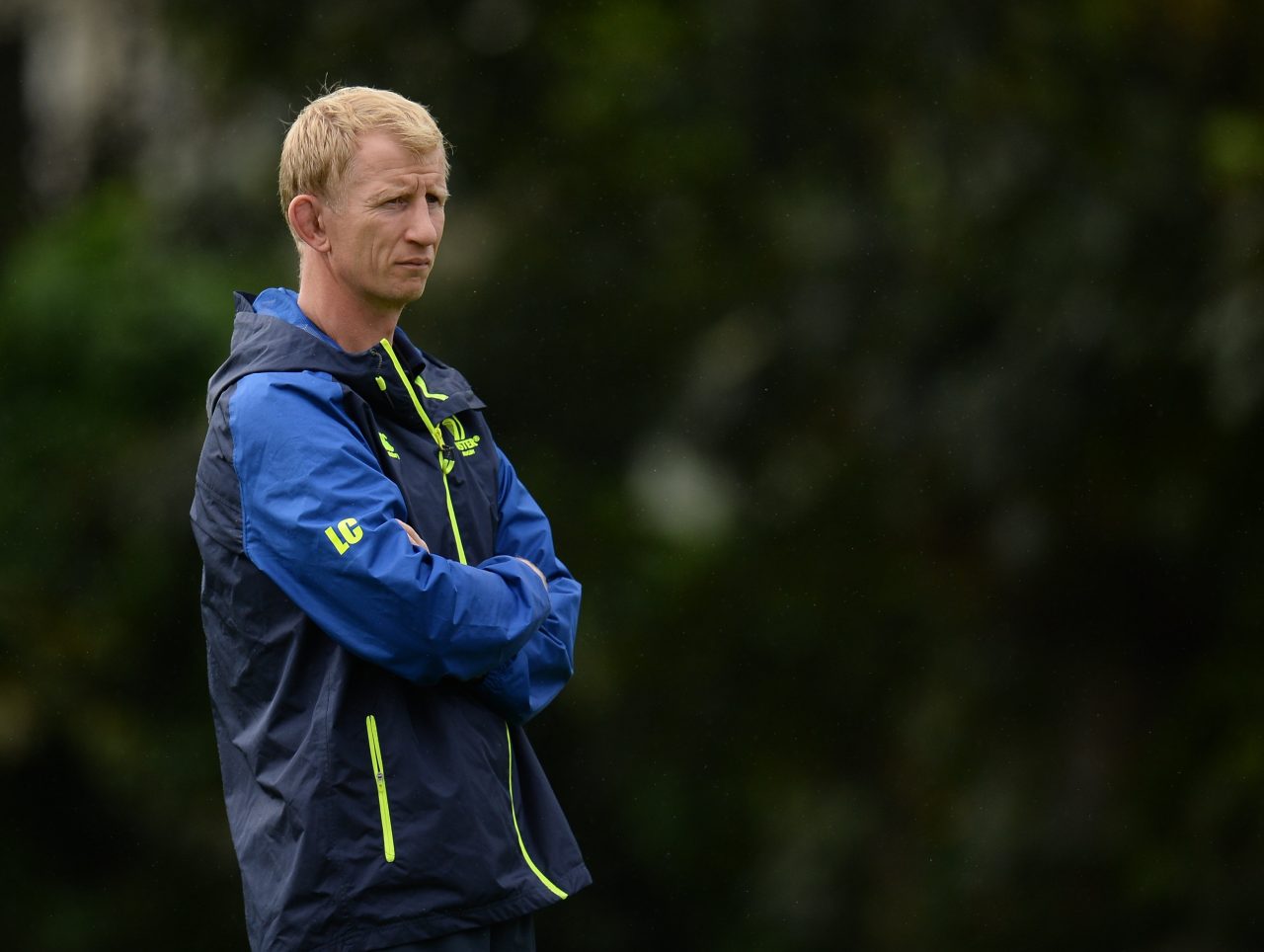 See what Leo Cullen had to say about five of the main talking points from his press conference ahead of the Guinness PRO12 Big Weekend match against Munster at Aviva Stadium.

“Robbie’s looked sharp. It’s a big game to come into, but he’s trained well over the last couple of weeks. It’s funny when you see him listed (on the team sheet) and you see zero (caps) beside his name. Because he’s been around over the course of pre-season and training, it’s nice to see him out there, but, it’s hard to believe he hasn’t played yet.

“He’s used to the surroundings (at Aviva Stadium) which certainly helps. We’re looking forward to seeing him in action.”

“[Rory]’s played a good bit over the years there. Ferg McFadden is going to be out for a period, Dave Kearney is injured as well. I know it’s a really big game, but he’s trained well, looked sharp. He’s played a bit on the wing before with Leinster ‘A’. Rory’s a good player. He’s acquitted himself really well thus far.’

“Josh has played quite a bit as well. You’ve got to be able to manage the minutes of players, the amount of games they’ve played in. Josh has started four and was on the bench, so he’s been involved in all the five games so far that we’ve played. It’s just trying to manage the group as well as we possibly can.”

4. More than points at stake in Aviva Stadium

“It’s another PRO12 game of the 22. But there’s always a little bit more to it. There’s so much at stake with these games: provincial rivals, the sense of tradition over the years with the game, the rivalry that’s there with supporters. All the players want to play well for what’s coming up in the immediate, which is two European games after this game. But after that then there’s the situation where Ireland are playing the All Blacks twice, Australia, Canada as well. There’s so much at stake in this game. It’s definitely a step up on what we’ve done so far, and I’m sure it’s the same for Munster as well.”

‘I would struggle to find a fixture anywhere else in the world that has this sense of rivalry. I think we need to celebrate it, rather than say it’s not the way it once was. Provincial rivalries in New Zealand, do you think any of their games are as good as this in terms of 40,000 people coming through the turnstiles and the media interest? I’m even trying to think in South Africa, Australia, you’d struggle to get a comparison.

“I think it should be a celebration of the PRO12. This is two teams going at it where 40,000 people turn up to watch the game and two teams that it means a hell of a lot to. It means a hell of a lot more than the four or five points that are on offer, so it is a bit special. I think it is a good advert for the league. I don’t see any other leagues around the world that have a fixture like this.’

Tickets for Leinster v Munster can be purchased here.

Tickets will also be available from the Ticketmaster van on the corner of Lansdowne Road and Northumberland Road from 11am on match day.