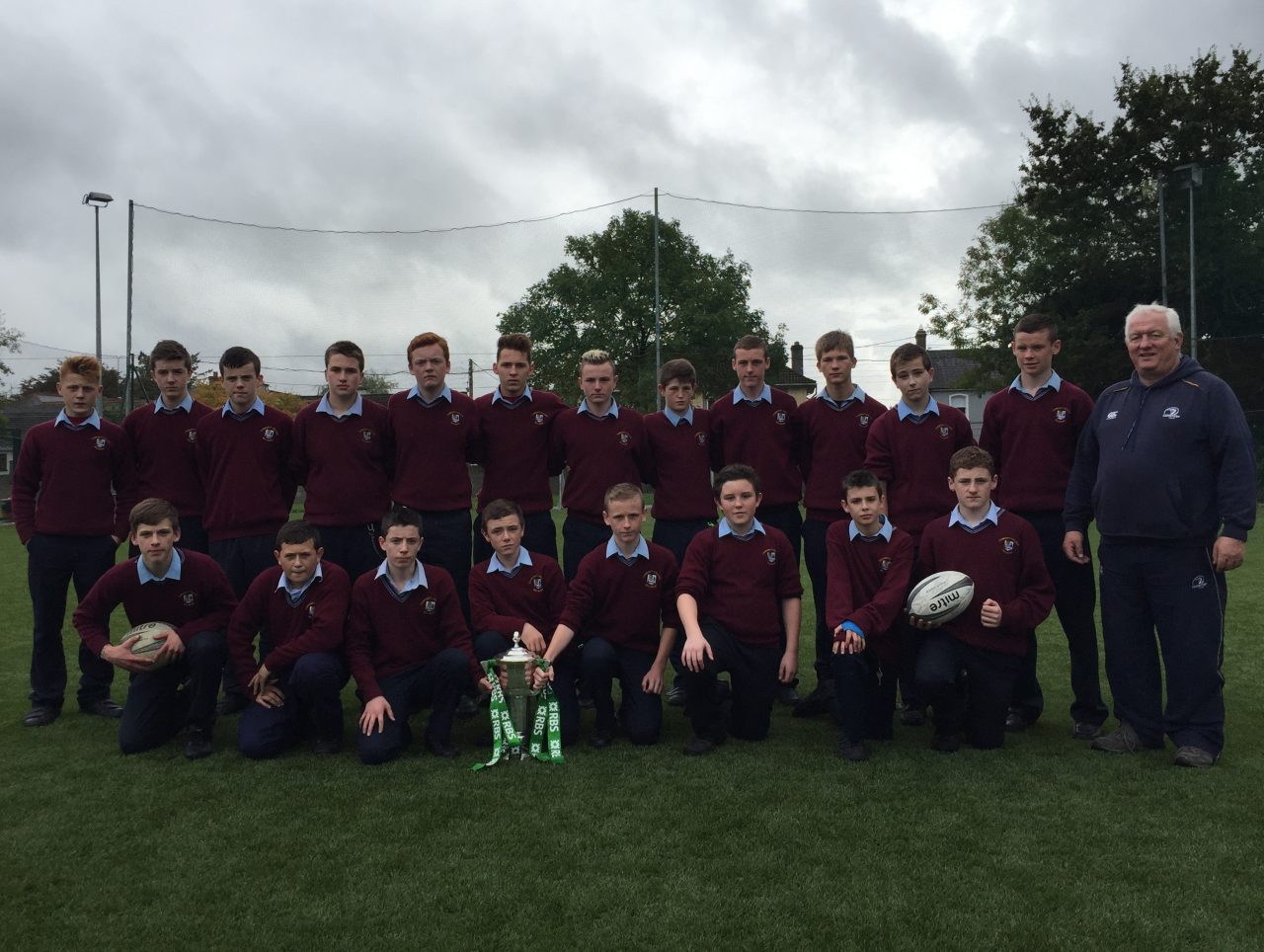 David Farrelly Leinster Rugby CCRO brought the 6 Nations Cup on a tour of the local schools in Mullingar recently….

Next the cup moved to the Downs National School, who are enjoying their first year playing rugby. Student and staff alike took turns in taking selfies and photos of each other holding the cup. There were many questions about the origin of the cup and the teams that play for it.

Educate together was the next stop for the cup.  It was great to see the excitement on the children’s faces when they got the opportunity to see the cup. There are many promising young rugby players in the school and hopefully that someday they will go on to represent Mullingar and perhaps Leinster at some stage of their lives.

After the Downs, the cup went to Mullingar Resource Centre, where the Mullingar Lions tag rugby team took their opportunity to pose with the cup. Their coach Barry Coade was delighted to see the cup coming to them and it is just reward for the amount for the amount of excellent work he has done with them. They have taken part in several competitions and have acquitted themselves admirably.

It then moved on to Loreto College. Women’s rugby has exploded in popularity and proof of this can be seen in the number of girls that are playing rugby locally.  Mullingar Rugby Club is currently fielding teams at U15, U18 and senior ladies who are now in Leinster League Division 1.  In fact this week end four girls from Mullingar 18 were represented on the Leinster Team in the inter provincials.  The enthusiasm for the game is reflected in the numbers that are playing the game in Loreto.

The cup then moved on to Mullingar Community College where history for the school was made when they took part in the Leinster Developments Schools Cup for the first time.  They played against Tullamore College in Tullamore Rugby club recently and performed very well.  Although they were beaten great credit must go to the Mullingar team considering that Tullamore had 15 experienced players while the Community College had none.  It was a great occasion for the boys as they scored two tries and were unlucky not to score more but the lack of experience told in the end and Tullamore won five tries to two.

Finally the cup was brought to the County Buildings in Mullingar.  David Scally from Westmeath Sports Partnership was on hand to view the cup and Councillor John Shaw was present also.  Although John is a noted hurler for Raharney and Westmeath he also has great enthusiasm to all things sport. He sees the value in the participation in any team sport as a great benefit in young people’s lives.

If anybody would like information about coaching in the Mullingar area, contact Leinster Rugby Club Community Rugby Officer, Dave Farrelly at MullingarCCRO@leinsterrugby.ie.