946 Graduate from School of Excellence class of 2015 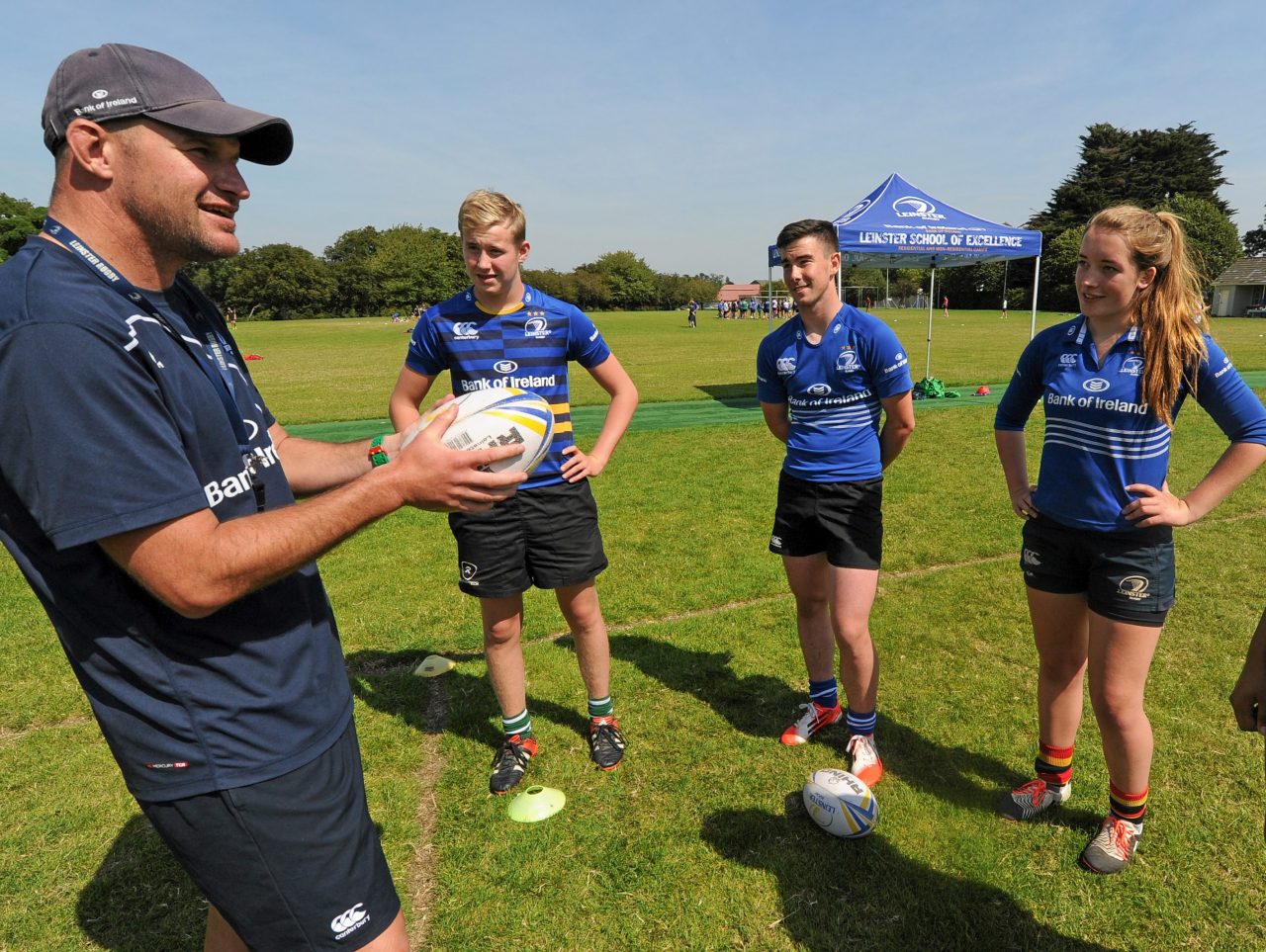 Carefully developed by accredited Leinster coaches, the camp intensity and training volume was designed to test players and introduce them to a training programme mimicking that of a professional rugby player.  946 boys and girls, aged twelve to seventeen lined out on the pitches of the King’s Hospital School with drive and enthusiasm to bring their game to a higher level.

Players gain a better comprehension for the game and how to execute plays, improve ball handling and agility skills, and are equipped with an arsenal of tools they can apply to their future training efforts including recovery methods, ideal nutritional choices and timings, as well as, psychological cues and mental resilience techniques.

Speaking to second year students, Eimar Corrie and Molly Scuffil- McCabe, the girls shared their appreciation and the value they take away from their involvement with the Bank of Ireland School of Excellence. Both girls highlighted the residential feature of the camp that sets a tone of professionalism; allowing students to have a pure focus on rugby enabling them to fully prepare and recover for their next session.

The programming and content of of the pitch training was praised by the girls who felt there was a strong emphasis on basic techniques – an element that, in their opinion, constantly needs practice – no matter the phase of the players development; “there are always things to be improved; and it’s great to get different perspectives from the coaches on how to correct a bad habit.”

The specific positional clinics were a stand out feature for the students. Not only were they excited to get hands on feedback from Leinster Women’s squad and Leinster Academy players, but they were challenged to try different positions they had never played. This new perspective forced players to step out of their comfort zone, as well as, gain an appreciation for their team-mates by understanding the challenges associated with the different roles each position faces.

Ed Brennan, who attended all four sessions this summer; topping up his overall camp attendance total to nine, couldn’t speak higher of the benefit he gets from being in the environment. From the coaches, training content, food, and recovery sessions; he credited the Bank of Ireland School of Excellence to improving his rugby game since his first year.

The Leinster Rugby standard of excellence is reinforced through every element of the camp, and the ethos becomes contagious to all who lace up; “The tone is set; and everyone upholds the expectation that you give each session your best – we hold each other accountable as well, because everyone is here to get better, and we know we have to challenge each other to keep pushing our own levels higher. ” Brennan praised the School of Excellence coaches’ expertise; as well as their accessibility and genuine interest in every player, providing them with thoughtful and personal feedback or advice. He appreciates that the coaches invest in the players’ progress, which inspires him to be accountable for producing the best possible performance on the pitch – armed with the tools and tactics they have taught him.

The Bank of Ireland School of Excellence will continue next year in its nineteenth consecutive season. The camp aims to improve student’s understanding of training and match day preparation, enhance ball handling skills and fitness, create an opportunity to meet new friends, and provide a fun week of rugby as players prepare for their upcoming seasons.

If you would like to be involved in the 2016 Bank of Ireland School of Excellence, you can reserve a place at:  http://bit.ly/1EZo8EE.