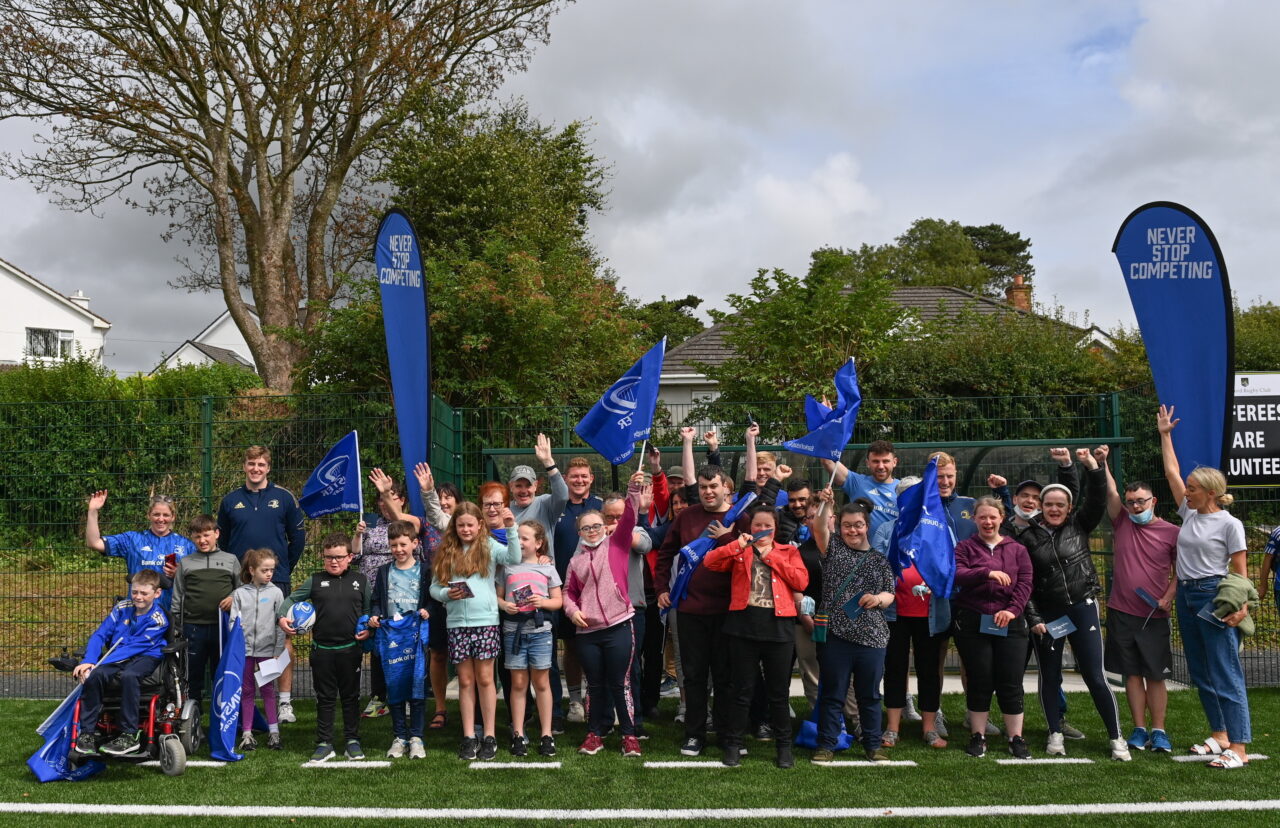 Hearing stories From The Ground Up is what we are all about here in Leinster, and we also love hearing from those within our 12 county-community that find a home away from home at their local rugby club.

The Marshall family are one such family.

In this piece, Allen Marshall, originally from South Africa, reflects on settling in Longford and joining Longford Rugby Club with his family.

Travelling from country to country looking for greener pastures has not been an easy process. We wanted a nice place to settle down and set up for family life.  My wife, Lisa, and I eventually ended up in Ireland and it has been a true Godsend.

We bought a house at Glen, outside Edgeworthstown, and pretty soon were blessed with two kids.  Once the children had started school, it really did begin to intertwine us with the local neighbourhood.

Life was passing quickly by, and the little guys were growing up very fast.

Our son, Aaron, wasn’t participating into any sporting activity. We took him to rugby at first, then GAA, both football and hurling and also soccer.  You name it, we tried it and he refused it.  None of the sports interested him!

It was funny how it all works out over time.

I then met Longford Rugby Club vice-President, Donagh outside his vet practice one afternoon and we chatted about life’s twists and turns.

Donagh suggested I join Longford Rugby Club to train and hopefully play for the seniors.

He phoned several times to encourage me to come in.  Youths coach with the U-14s at the time, Padraig Murphy, also phoned enquiring about my son Aaron and following that, I took that opportunity to go in and bring Aaron with me.

I realised, knowing how parenting works, that it’s probably a case of monkey-see monkey-do, so I committed to train with the seniors.

I soon found that playing really did remind me how awesome and how much I missed being part of a broader club family and community!

The lads in the squad and coaches at the club welcomed me in with open arms.  I was so grateful to the team coach, Glen Baskett, and all the lads for having the patience with me then and continuing to do so!

At forty something, keeping up with the younger lads in the squad is not such an easy task!

But it’s definitely worth it to push through the negative thinking that you may not be capable.  My motto is, where the mind goes, the body will follow.

Playing and training with Longford Rugby Club is akin to reliving my youth.

OK, I might feel like I look the part at the time, but definitely don’t feel it when I get out of bed the following day.  Regardless, in my opinion it’s so worth it!

At the start, Aaron would carry my kit bag and water bottle.  He would sit and watch.  Seeing me hit and tackle a few players really did change him. He would be all chat afterwards in the car as he told me how hard I tackled the lads. It was such an overwhelming feeling to have him positively engaging with me about it!

Aaron is now playing with Longford youths, much to my delight.

As I started to watch him train and play, I got to know his coach, Padraig, and chairperson Gerry Carthy.  They both encouraged me to get involved and to help out where I could.  I was delighted to be asked and felt that with me giving Aaron that equal support that he gave me, we would have an even stronger father, son bond.

That really did really help me out, both physically and from a social perspective.

Sitting in the car while Aaron was training was definitely the boring bit and getting involved with the team was brilliant for both that social perspective and was quite rewarding to be able to contribute back to the club.

For everyone out there, I would definitely suggest that you come to Longford Rugby Club!

Rugby is a sport for all and that’s how I have rediscovered my love for it, here at Longford Rugby Club!

They will invite you in and welcome you with the greatest of acceptance.

For some of the older guys I would also say that you are far from retirement in the mind, even if not in body!  There is plenty for players to offer the club after playing retirement.  I definitely believe that.