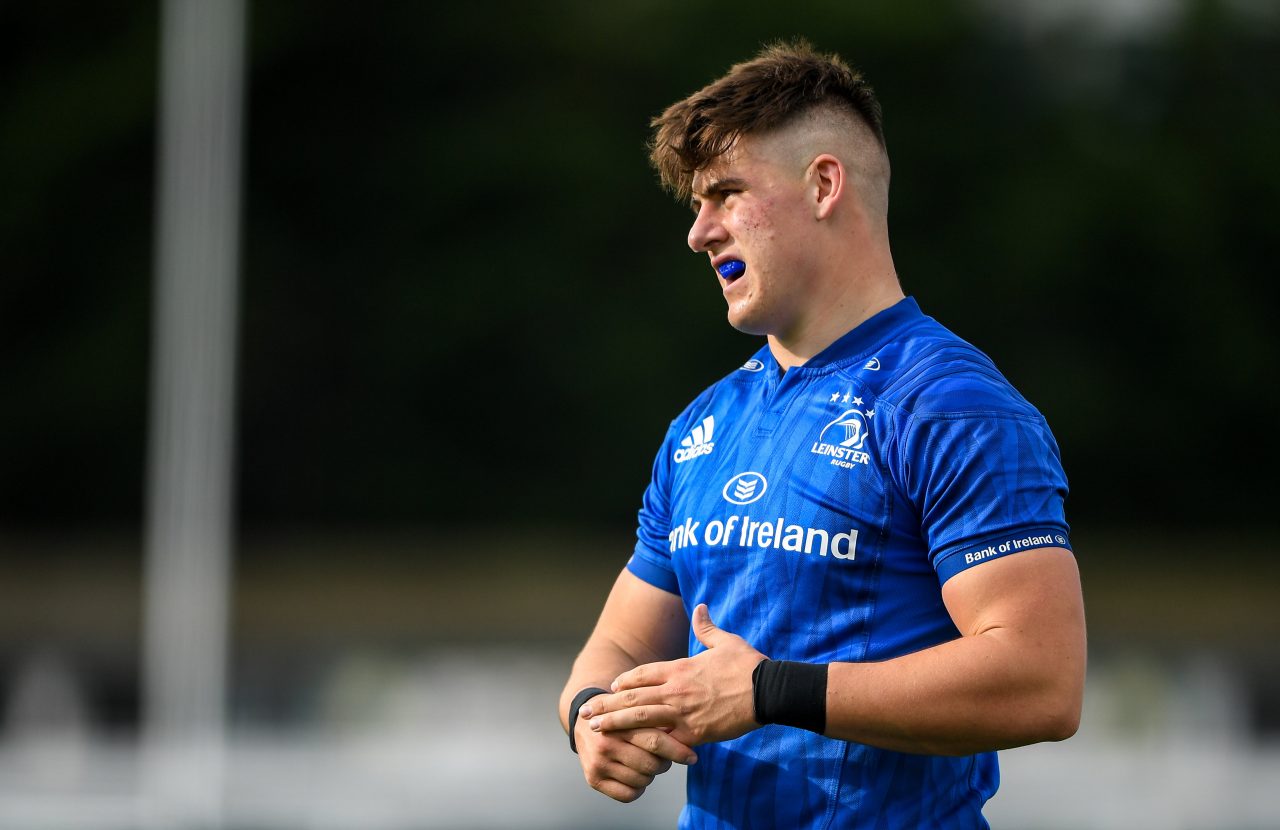 He ain’t no hooker.

That is the first thought to cross your mind when you see Dan Sheehan, the 110kg, 6’3” front-rower who more resembles your prototypical blindside flanker.

Never judge a book and all that.

The game is always changing and the shape and size of the players are too as what was once the accepted truth is now just part of it.

“I have always played hooker from a young age and, as I grew, I probably stayed there because of my throw. There was no reason to move. No one ever suggested a move to the back row,” says the Leinster Academy man.

For all that, the perceived wisdom is that hookers benefit from a short-back, making them less vulnerable to the pressure coming through at various angles and heights at the scrum.

“Scrummaging has always been my main ‘work-on’, the big issue when it came to my height, developing from the schools and amateur levels into professional rugby,” said Sheehan.

“I have learned there are different ways you can use your physical size to your benefit from working with John Fogarty and Robin McBryde this year.

“It is all about the set-up before engagement, getting my height down to the same level as the two props either side of me to work into a space where I can get my feet to the position where I want to get to, to be able to launch the scrum. It isn’t an issue anymore. But, it is something I have to always work on.”

It is often proposed that there are two types of hookers, those that love scrummaging and those that scrummage. 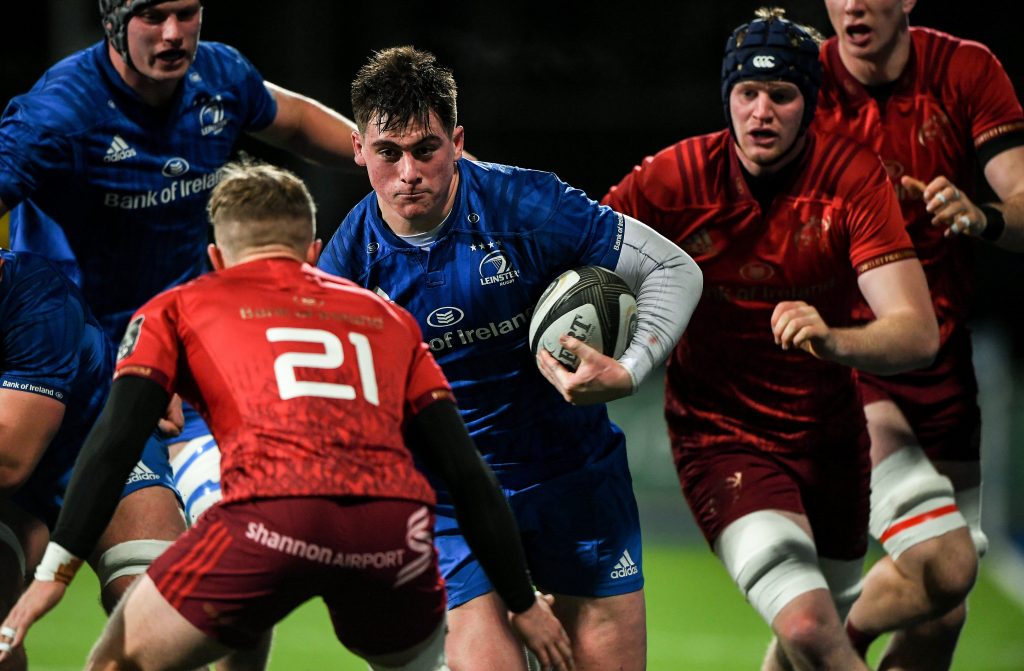 “I started off as a hooker who didn’t like scrummaging because I prefer the open play,” he admits.

“But, every professional has to have that mentality at every scrum that it is where they want to be. You can’t just leave it. It is a main aspect of the game and has to be treated as such. The mentality of eight lads coming together to dominate eight other lads is what I like about it.”

It could just be that his height, a ‘work-on’ for scrummaging, is the key to his smooth lineout throwing action and accuracy.

Sheehan can even trace the origins of this strength back to the three years his family spent living in Romania where his dad Barry moved for work from 2009 to 2012.

There were many idle hours passed playing ball with younger brother Bobby after minis rugby at Bective Rangers.

“It probably developed from those days in Bucharest when we had nothing better to do than throw a ball around in the back garden or on the street, just trying to hang on to the rugby we couldn’t get over there.

“It is one of the stronger parts of my game. Maybe, it is my height as well. I have a foot on a lot of hookers when you take the release of the throw into account. I have a better angle to hit the hands of a jumper.

“I’ve been told that anyway. I am happy with my throw. I have always been comfortable with it.”

The try-scoring record of Sheehan has been noteworthy this season, grabbing a remarkable 10 in the Celtic Cup and another few for Lansdowne in the Energia All-Ireland League.

“In fairness, most of them are at the back of a maul where I just have to sit in the pocket and flop over the line,” he said.

It is more about the style of rugby that appeals to Sheehan’s particular set of skills, Trinity College Director of Rugby Tony Smeeth describing his former player as ‘a baller’. 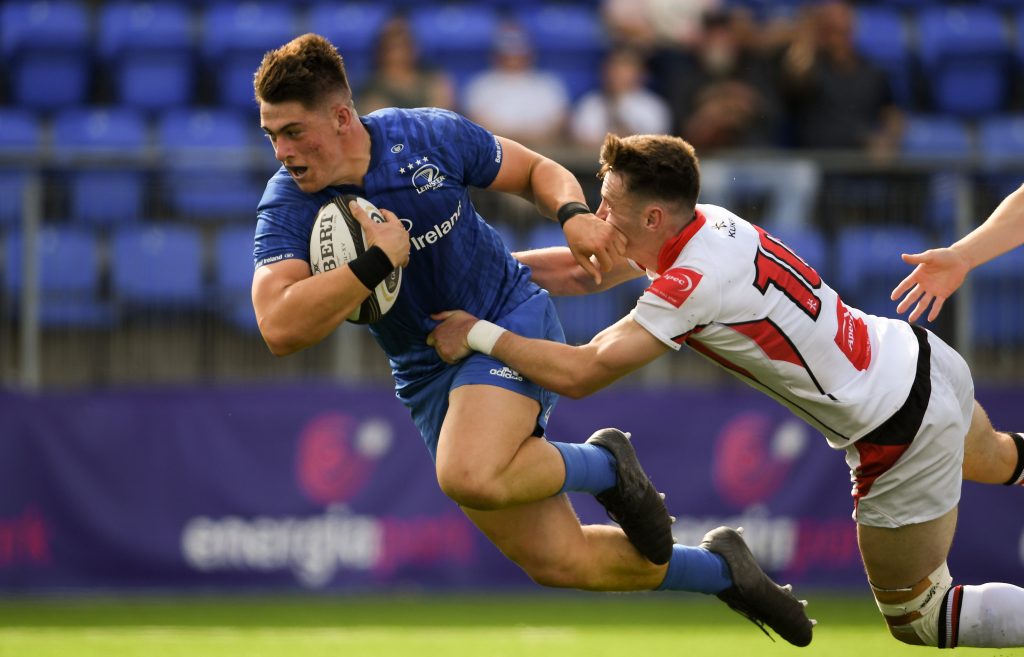 “In the Celtic Cup, I was out in the wide channels, happy to be there, comfortable to be there. The ability to move the ball is so clean, the standard so high, the tries came my way.

“I’ve always been someone confident, comfortable in my skillset, my passing. It is probably one of my points of difference over traditional front-row forwards which is based more around brute force.”

At present, Sheehan is operating in and amongst a competitive group of hookers at Leinster, with the youngster still hunting that elusive first cap.

However, the explosive nature of Rónan Kelleher’s season shows how everything can change really fast.

“At the start of the season you sit down and you look at what is around you and you start small. Get better every day, improve your throwing, your hooking, tackle technique, your play in the loose. Little bits and little improvements.

“But then you start to look a little further ahead and what is the next target? Well, you want to aim higher again and aim for games with Leinster ‘A’ and, of course, the end goal for every player is games with the Leinster senior team.

“And in that respect, Rónan would have been my main target as he was my main competition last year as the next hooker ahead of me. All of a sudden, he is playing consistently at Leinster and is getting capped by Ireland. It’s mad! It just shows the competition for spots here and the quality of the players that we have here and ultimately the challenge that is there. It can all change but you have to be ready for the chance when it comes.

“But it is nice to see that it can happen so quickly because sometimes it can be difficult to see where the chances will come so you have to be patient and at the same time just look around you and all the examples we have here in Leinster of young lads getting their shot. It is about seeing every training session as an opportunity because you are exposed to senior players and senior coaches.”

Ultimately that is the challenge for all the hookers in Leinster. Kelleher’s rise to national prominence has given them all a new target to aim for but that’s the situation in all the positions at Leinster and is possibly what the club is most proud of; everyone scrapping for the same jersey but bought into the squad ethos around it and the journey that needs to be taken.

Sheehan is no different.

“I am only looking ahead of me really. The only way is up. As I look at it, I’m still fifth choice hooker at the club. But obviously Rónan going so well this year has just shaken things up a little and we all need to drive on individually and collectively to make sure the pressure is on him.

“That’s the way it has to be. Us all driving each other on to be better.”