Across The Laighin: the Judy Bobbett Interview 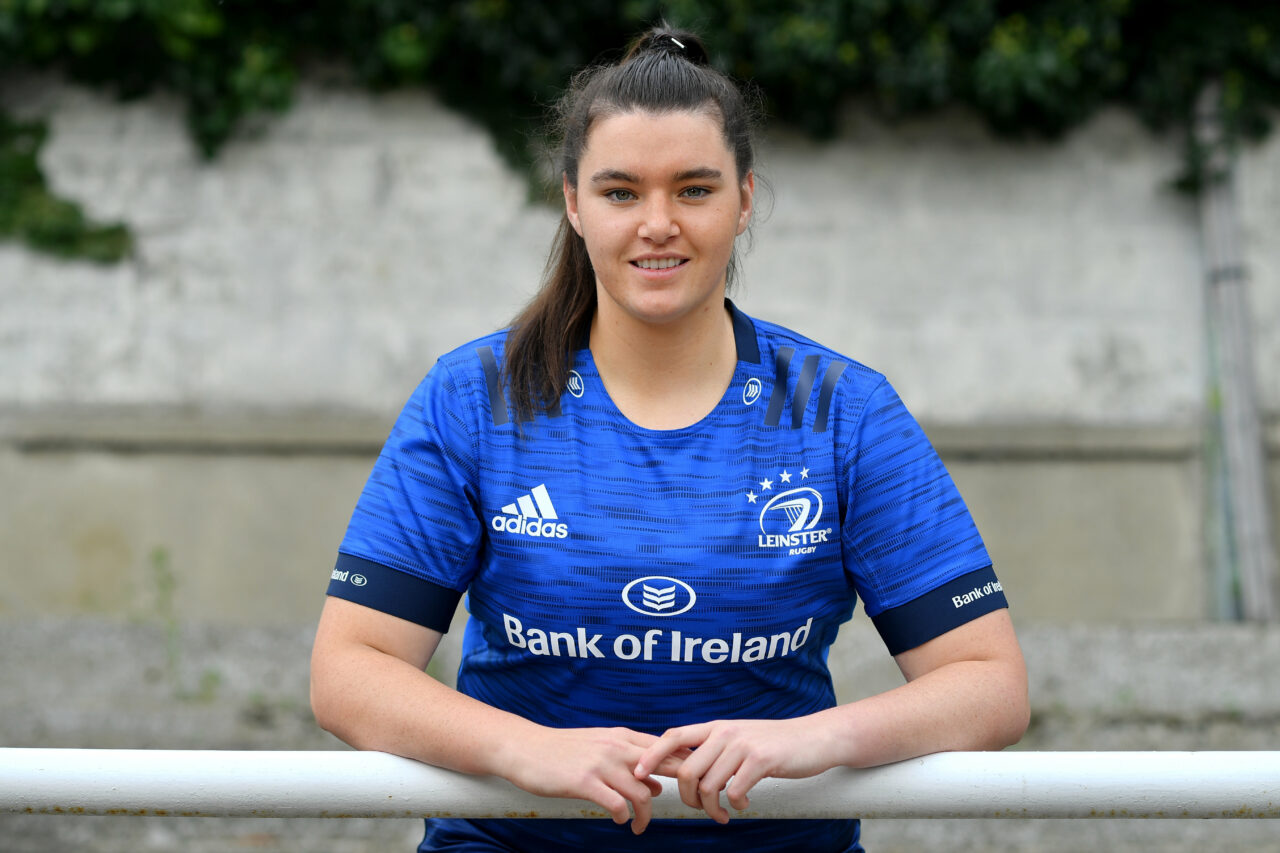 ‘Across The Laighin’ is a new quarterly magazine published exclusively for the benefit of Official Members.

The first issue went live before Christmas and over the coming weeks we will be giving Leinster Rugby supporters access to excerpts from some of the interviews and feature pieces.

In the second such piece, we sat down with Leinster Rugby and Ireland player Judy Bobbett who spoke to us about her journey to the very top of the game.

Judy spoke to ‘Across The Laighin’ about her early years with Ashbourne RFC, the role models that inspired her and her hopes for the future after a turbulent 12 months for the Women’s game.

It is clear that Judy Bobbett, the former Meath goalkeeper, is very comfortable with her sliding doors moment that now sees her as Judy Bobbett the Blackrock College RFC, Leinster and Ireland second row.

It all came to a head on the weekend of the All-Ireland in 2018. 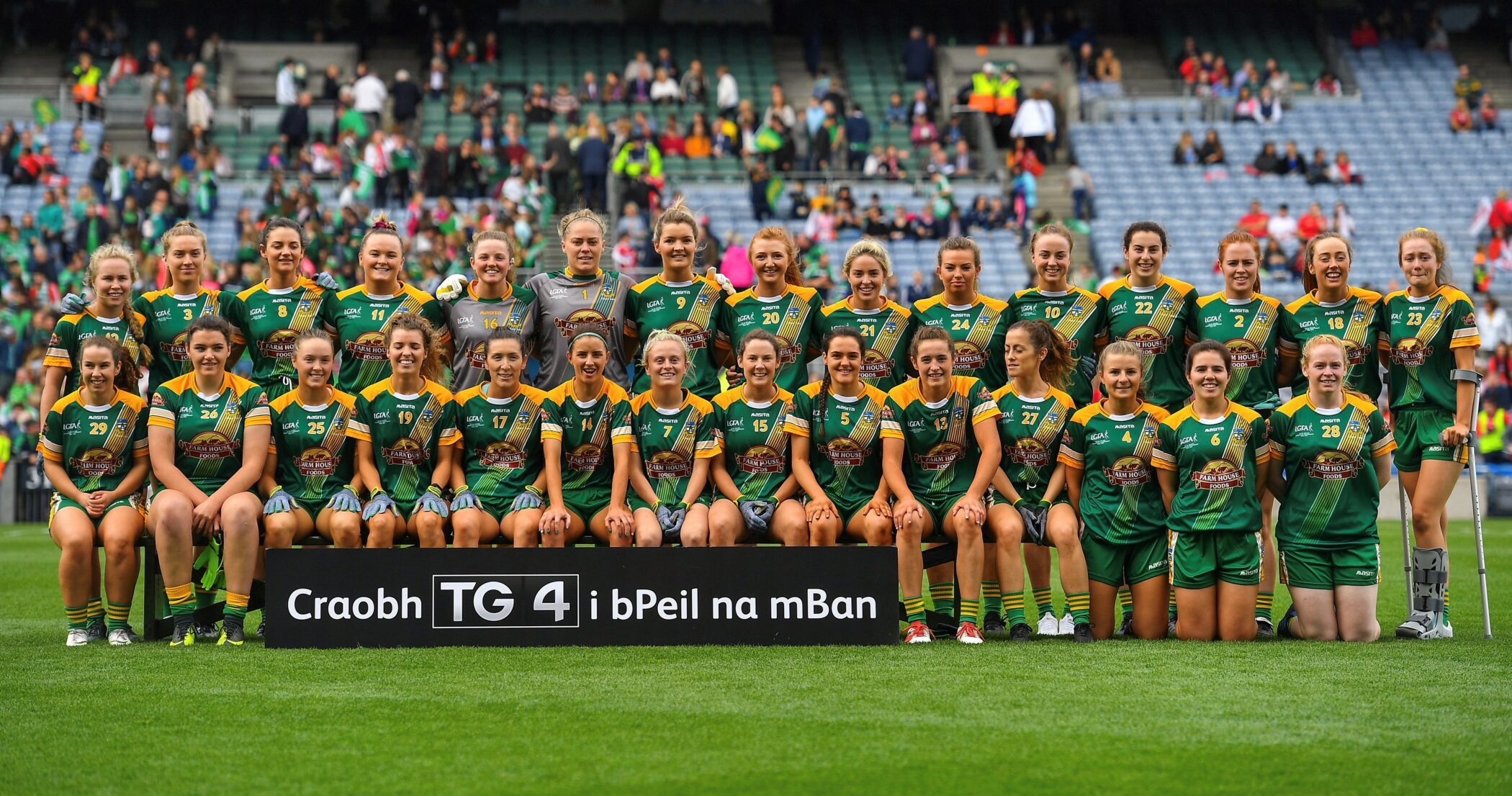 “That weekend, I knew that was going to be my last involvement with the team and the decision to focus on rugby was made at that stage.

“It is difficult in some ways to make a decision like that. Both codes have been a huge part of my life but there was a chance to really kick on with the rugby but to do that I had to throw everything I had at it so that’s what I did.”

She speaks with great fondness of her time playing with Donaghmore/Ashbourne GAA club but also with Ashbourne Rugby Club and how both clubs played a huge part in her formative years.

She also played soccer and loved taking to the water and still enjoys nothing more than taking her power boat out from Greystones marina, where she currently lives.

But it was written in the stars that it would be the oval ball that would grab her by the heart strings most.

The Bobbett name and Ashbourne Rugby Club are synonymous with each other.

“My grandfather Pat was actually one of the founding members of Ashbourne in 1974 so there is a huge link with the family I suppose and we are very proud of that fact.”

There were times though when it might have been easier as a young girl to walk away from the club and the sport but she stuck at it.

“The Ashbourne that is there today is very different to the club I joined. I love nothing more than popping down now and helping out with the girls’ teams and hopefully maybe inspiring the girls there to show them that they can find a way to the top of rugby.

“But when I first went along, I was going along mainly to give my Mum a break of a Sunday morning I think! My Dad would bring me along to training with my older brothers, Ollie and Rory, and I’d be there standing on the side of the pitch and watching on but in the end I just started joining in. 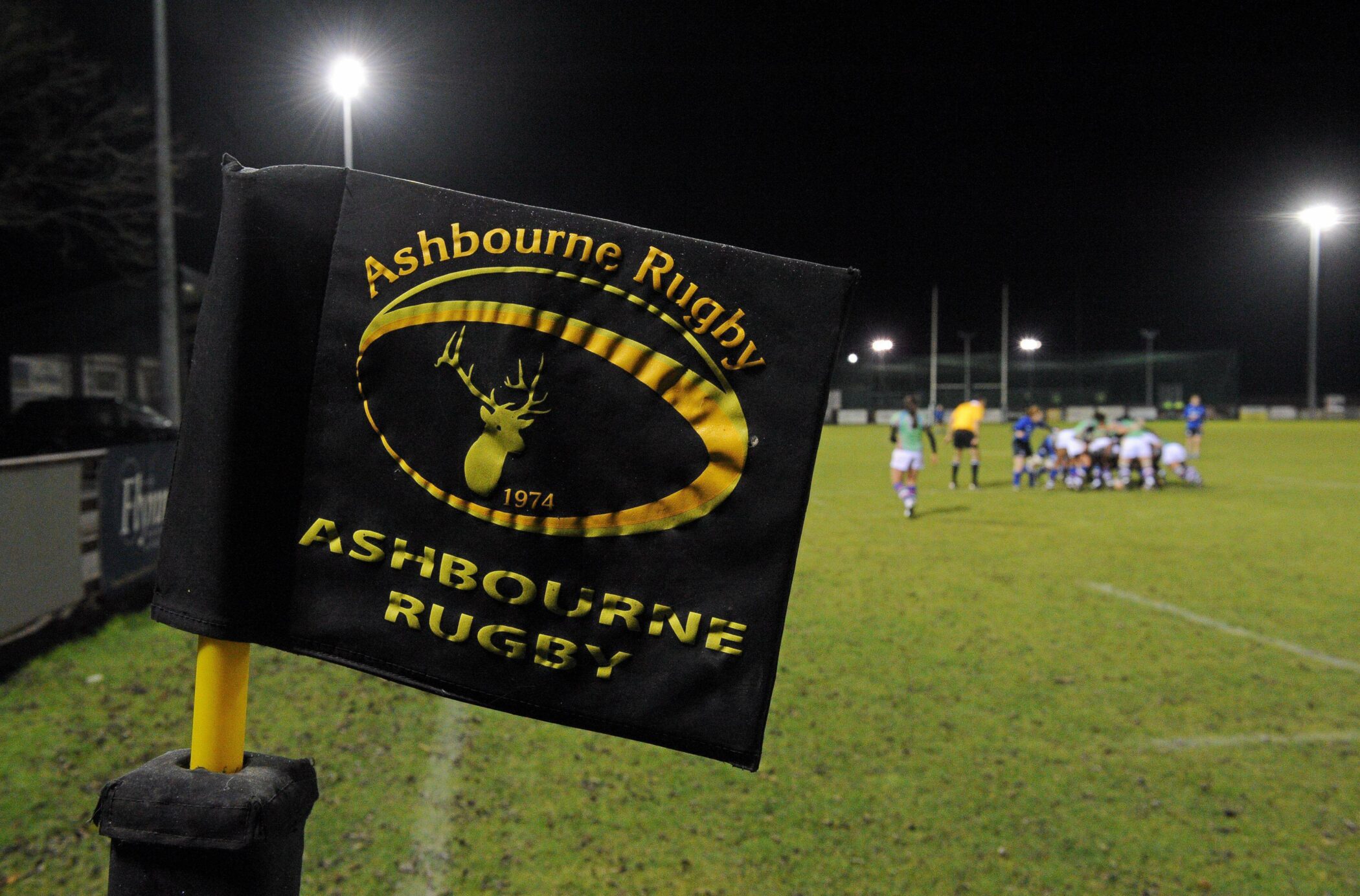 “I think it was as simple as one day the Under-6s needed another player to even up the teams so I threw on a scrum cap and for a while all I did was stand on the wing. I haven’t been back to the wing since I think! It’s just simpler to run up the middle! But I loved it.

“I look at what the club has done since then and what Leinster Rugby have done and it’s brilliant. There are clubs now and opportunities now in most clubs if you are a girl and you want to play. My club at the moment, Blackrock College, the same, they now have an underage set-up for the girls and it’s brilliant.”

“I was very lucky as a girl growing up next to Ashbourne because at the time we would be hosting the Ireland Women’s team in the Six Nations and you could head down and see all these great players playing in green and it was inspiring.”

The games are one thing but there is one moment that is still as clear as day for Judy, when she lined up as a mascot and walked out with Ireland captain Fiona Coghlan as they faced Italy in the 2010 Six Nations. 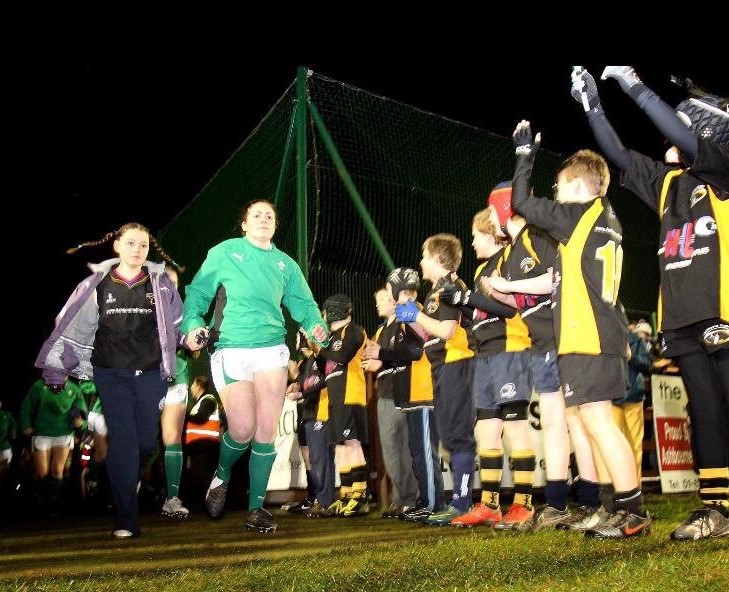 “I remember my Dad came to my room a few days before and he said ‘Would you like to be a mascot for the Ireland game?’ It was a no-brainer! Yes!

“But the game? All I remember is that I was asked to wear the Ashbourne kit and then that it was freezing!

“Maybe because I was young and it felt worse because of that or I was being melodramatic but I’d say it was minus-10. At least! Maybe minus-20! Just baltic! But I was in the changing rooms anyway and trying to stay warm as much as anything but also waiting to head out with the team.

“The door was ever so slightly open and I just peeked in and I could see them in a huddle. All the players. Stars in my eyes and players that I very much looked up to. Maz Reilly, Nora Stapleton, Larissa Muldoon, Fiona.

“And I just remember the passion and the energy and the pride coming from that group. I don’t remember what was said. It was more how they spoke, trying to motivate themselves in those last few moments.

“In the huddle. Pumping each other up. I was in awe. It is so clear in my mind and it’s mental how I am now playing with some of those very players, Larissa for example, and I am now in the position of being that role model hopefully to young girls.”

The energy that was generated that night in the dressing rooms of Ashbourne is replicated as she recounts the story, almost like she is in that moment all over again.

It is easy to see the legacy that that team and indeed that moment left on a young Meath girl.

Now it is the current promotion of girls and women’s sport that is very close to Judy’s heart.

In fact, she is in the middle of an assignment as part of her college course in Sports Management in TU Dublin (formerly DIT). 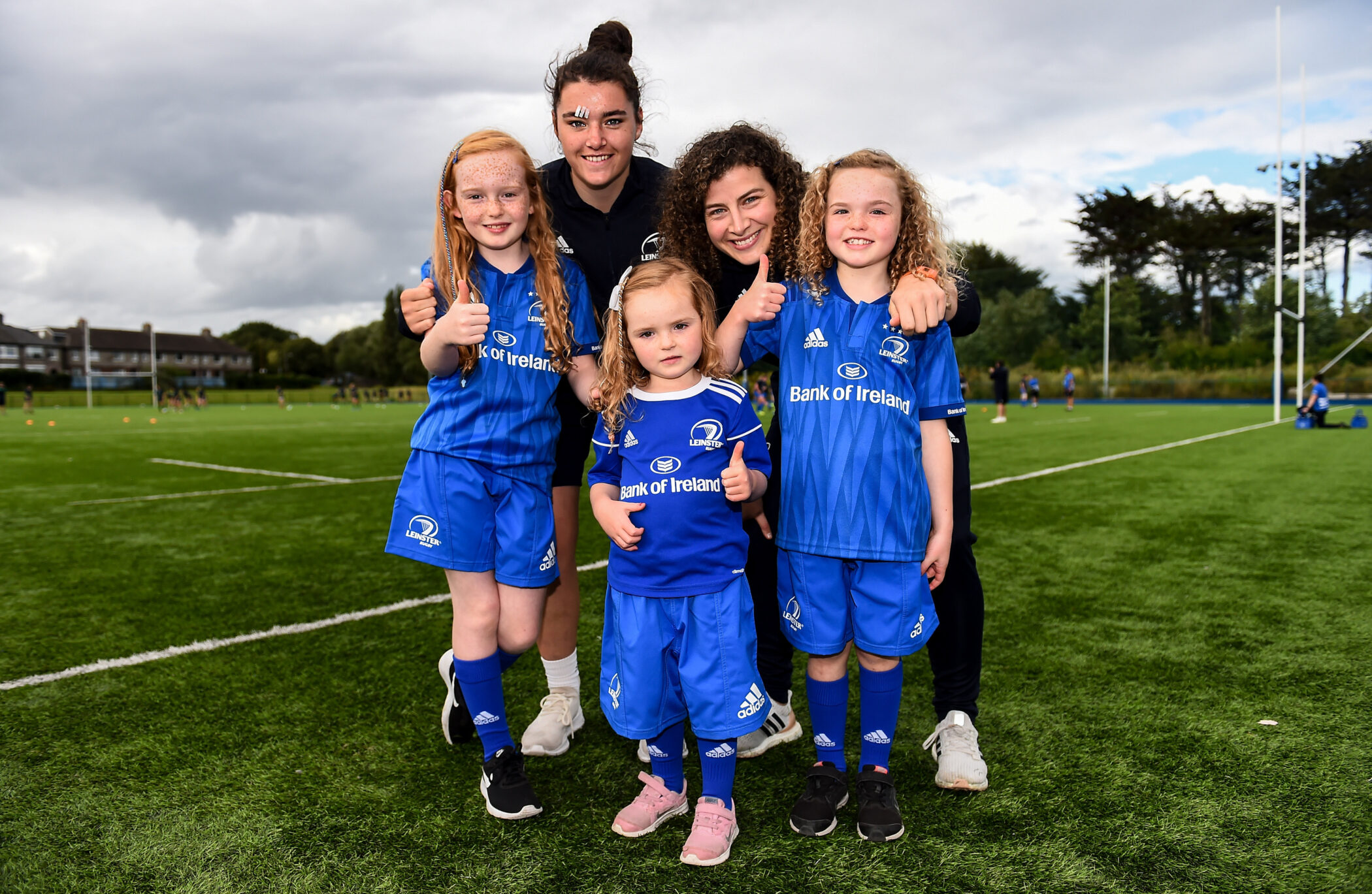 “The 20×20 movement and what has been achieved is really interesting because while I think there has been great progress, it’s not perfect.

“When I was six, even by the time I was 10, I didn’t really know female athletes or role models. I was only talking to some of the other girls about this recently and they were saying the same.

“Luckily, as I said, because of Ashbourne we had access to the women’s games and even their training and we could go down and see them up close so that was something. But that was it. A few weeks of the year they’d be on your radar but then they were gone again.

“So much has happened to champion women and to create those role models in the media over the last few years for young girls but there is still a way to go. I’m nearly jealous of the young kids coming up now and the 20×20 campaign and the things that Leinster and Ireland have taken to push the game and the players. 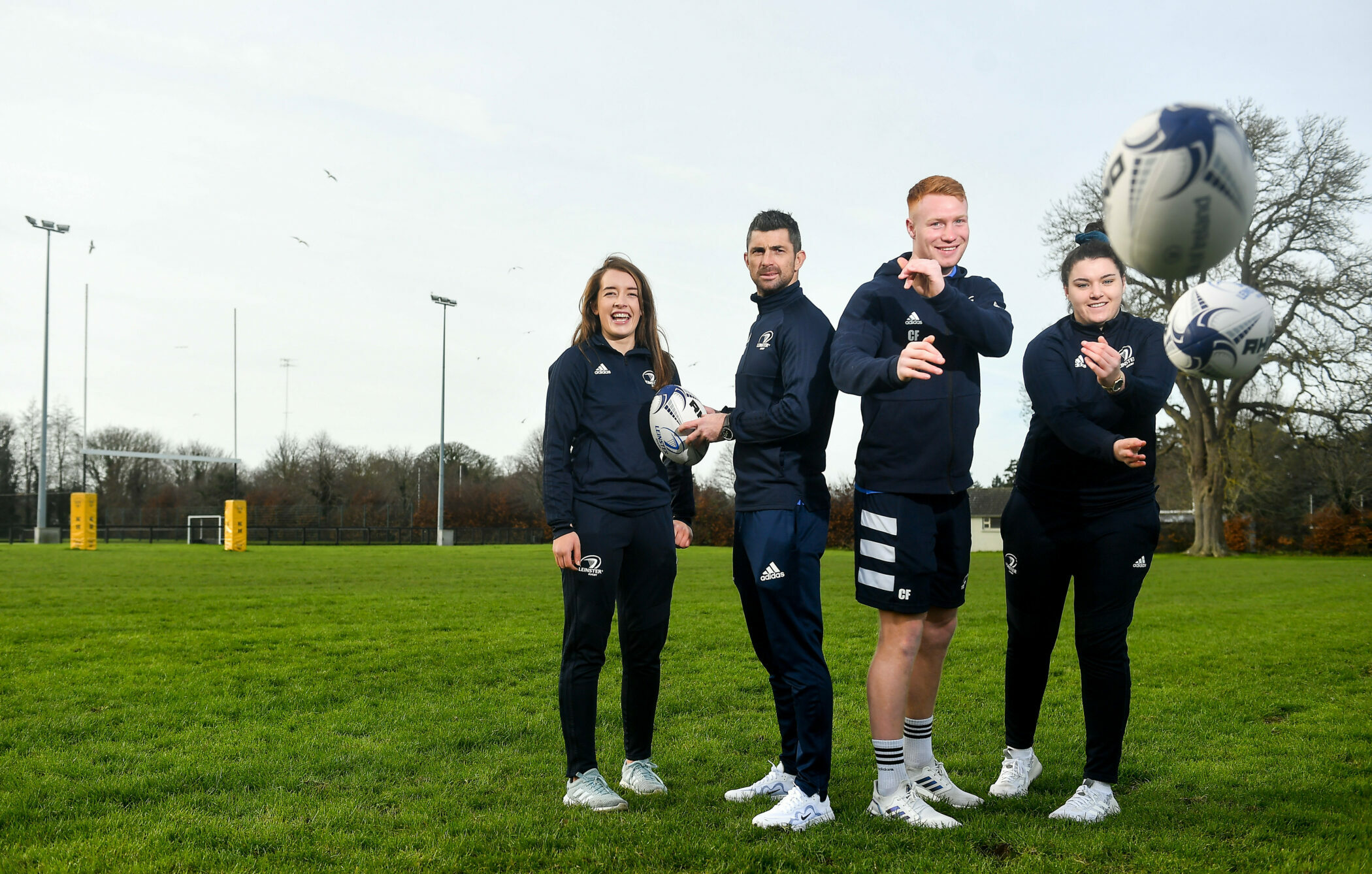 “I remember Sophie Spence coming out to our training sessions in Westmanstown and I know it’s the same with the Ireland girls now. We are all trying to put something back into the game, visiting our clubs, the underage teams, the minis, in the hope that maybe that can be the trigger to inspire girls in 10 years’ time to also pull on an Ireland jersey. It’s not perfect but it’s 10 times better than it was.”

And now here she is. An Ireland international and one of those very role models.

From Leinster Blue to Ireland Green

Having captained the Leinster Under-18s in 2017 and 2018, she made her Leinster Rugby senior debut in August 2019 away to Ulster Rugby.

Only a few months later and still only 19 years of age, she was making her senior Ireland debut against Wales in a friendly. Flash forward to February 2020 and it was a Six Nations debut against the same opposition.

Storm Ciara was battering Ireland at the time but it didn’t matter as she turned in a tour de force performance underlying head coach Adam Griggs’ faith in the young six-foot-tall forward.

She made 18 carries and 14 successful tackles from the second row as her presence was felt in terrible conditions at Energia Park. 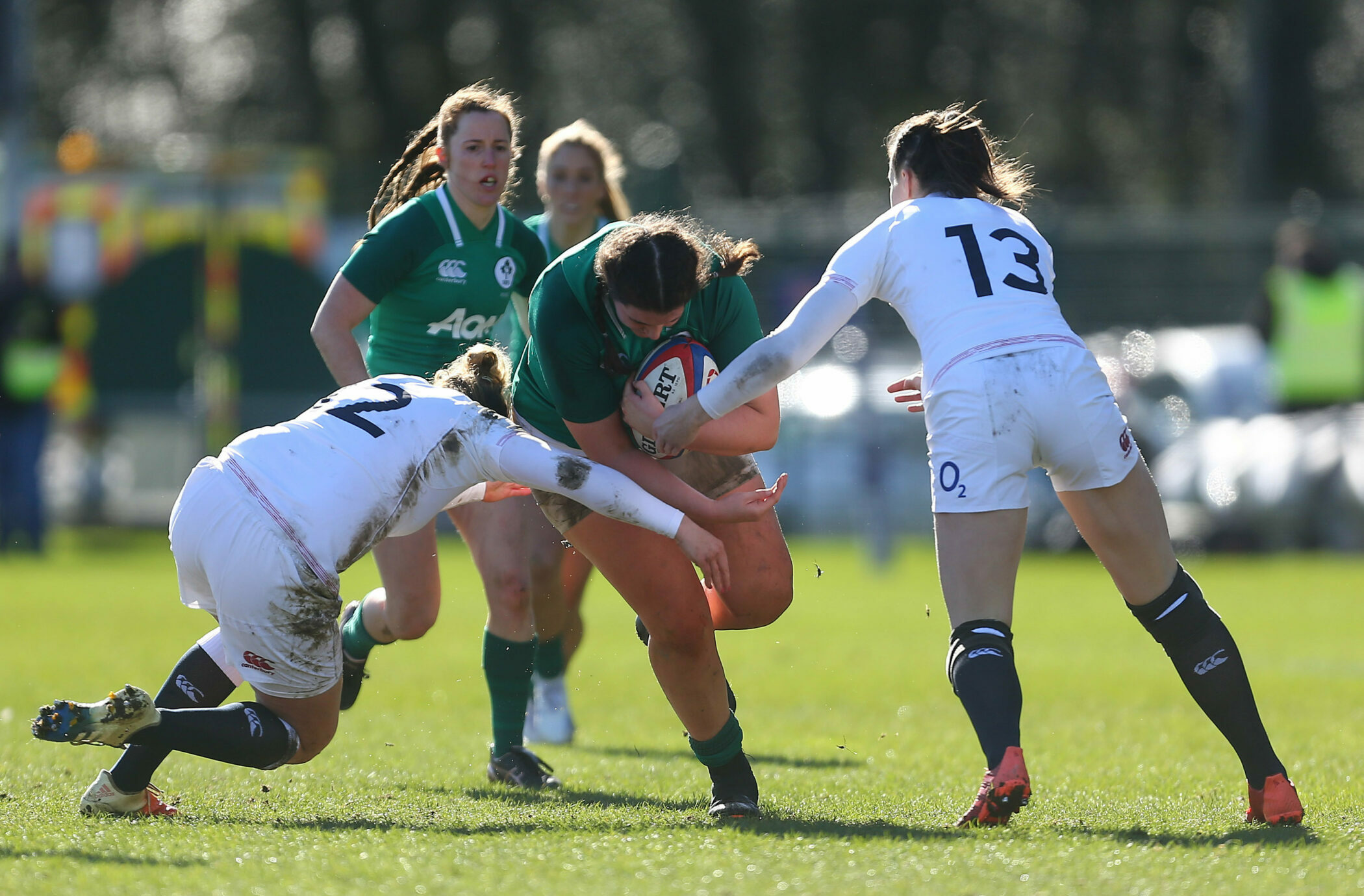 She lined out against England in the third round of the Six Nations but that was to be her last involvement and indeed her last game of rugby as Covid-19 took hold of rugby and the country.

“I think Covid definitely did that for a lot of us. You realise what is important. When you are in the middle of it all, in that rugby bubble, you are driving on and training and playing.

“It is eat, sleep, rugby, rugby, rugby and you rarely get the chance to take stock of what is really important but Covid I think allowed us all to do that. Check in on family, on mates, on college, on work, on hobbies. Just to take stock, get some balance back. 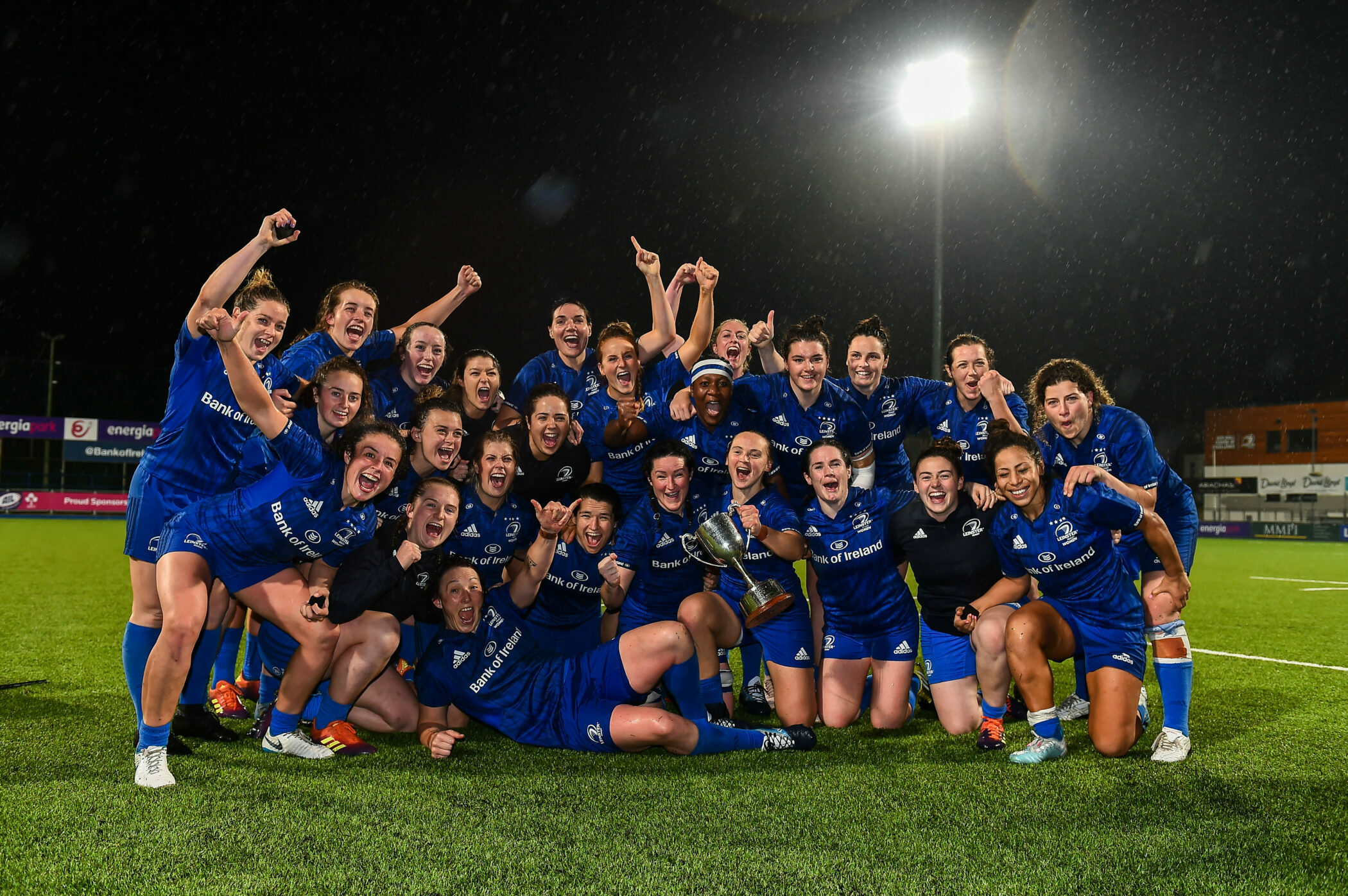 “Then with that sense of perspective I have noticed a renewed energy and enthusiasm from the girls when we went back into camp in August and them all wanting to achieve something special as a group together. There are the World Cup qualifiers next year, the chance to get to New Zealand and the Six Nations of course.

“This time last year, 2020 was all mapped out and talk of Six Nations and interprovincial games and club games and then World Cup qualifiers and potentially a tour to America. There was a chance of 10 games with Ireland and yet here we are at the end of 2020 and no Leinster games played even.

“So you have to enjoy it when it comes around because getting the chance to represent your province and your country is very special and I think that fresh perspective has been good for me.”

And when it does come around again, and it will, Judy Bobbett will be back where she belongs.

In Leinster blue and Ireland green and inspiring the next generation just like Coghlan and Co did in a freezing cold Ashbourne all those years ago.