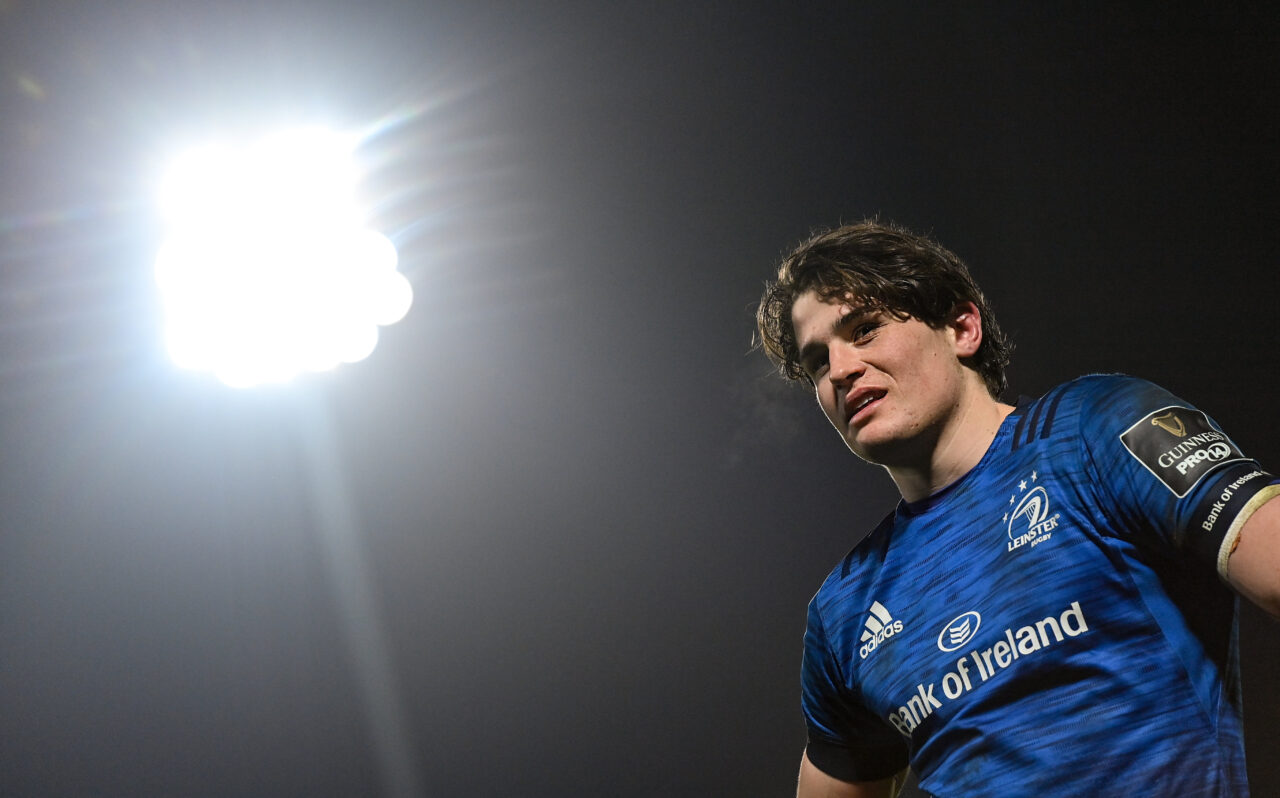 He had just come off the bench for his first senior appearance of the season in Leinster’s 26-7 win over Edinburgh at the RDS Arena.

Less than two weeks later, his world was rocked as Ukraine, the birthplace of his brother and his parents, was invaded by Russia.

With his grandmother and lots of friends and family still in Ukraine, it has been an incredibly tough time for the Soroka family in Dublin.

“I watch the news just to make sure I’m caught up with what is going on over there each day,” reflects the Leinster Academy back row.

“It’s tough, but at the same time it’s not tough for me at all. There’s nothing wrong with me and a shell isn’t going to hit my house. Sometimes it can get to me but then I remember what they are going through in Ukraine and it’s a completely different story.

“It’s more that I feel a bit helpless sometimes, because I’m here and they are there and I feel like I can’t do much.”

Alex was born in Ireland shortly after his parents, Tanya and Vassyl, moved to Cork with their six-year-old son, Ivan. Their daughter, Dasha, was born a few years later after the family moved to Dublin.

His rugby adventures started in Bective Rangers, following in the footsteps of big brother Ivan, before going to school and representing Belvedere College. 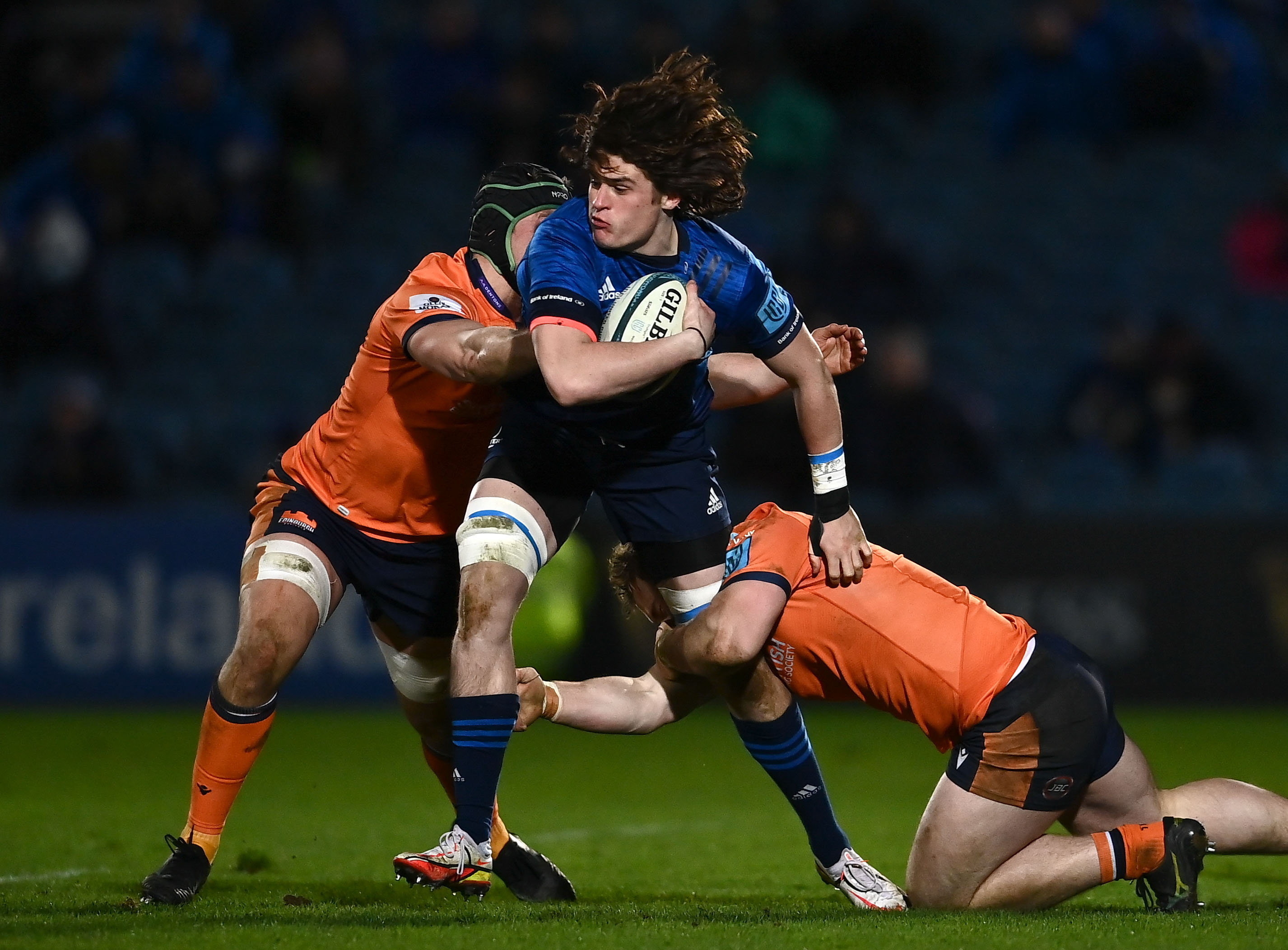 It wasn’t long before representative honours came his way and he has worn the green jersey of Ireland on numerous occasions across two U-20 Six Nations campaigns.

Like so many young people his age in Ireland, Alex is very aware and equally proud of his Irish and Ukrainian roots.

“I’ve lived here my whole life but I consider myself as much Ukrainian as I do Irish. All of my extended family are in Ukraine. I don’t have any Irish relatives, but at the same time, I was born here and I grew up here so I feel half and half basically.”

Having made his Leinster Rugby debut last year against Glasgow, Soroka has impressed the coaches, earning further caps against Zebre and Edinburgh, despite a frustrating injury lay-off earlier this year.

But, for the time being, his rugby career is very much secondary on his mind as he and his family do all they can for their extended family in Ukraine.

“My granny is still there. I speak to her on the phone a lot. I have one aunt in London but all of my other aunts, uncles and cousins are in Ukraine right now.

His use of the phrase “at the moment” is well founded given the proximity of both sides of his family to the ongoing war. His mother’s family, based in Dnipropetrovsk, are roughly 500km south-east of Kyiv. The fighting and the shelling that he referenced earlier is all too real for them all.

The one bit of solace that Alex takes from his daily calls to Ukraine is the incredible strength and calmness that he hears from his extended family.

“My granny is doing fine. I don’t know if it’s the Ukrainian nature, but they are so tough. When we are talking to her, it’s like we are more stressed than she is.

“My mum and dad’s friends are the same. They are so calm about everything. My dad says that if he was over there it would be easier, because he would be there and wouldn’t be as stressed all the way over here.”

We all watched the news in horror as the war intensified throughout parts of Ukraine.

A sense of helplessness fell on most people. Soroka and his family decided that they had to do something.

Knowing the city of Kyiv well, and seeing the images of injured children, they decided to start a GoFundMe page, which has been a huge success.

“The Okhmadyt Children’s Hospital is the biggest in Ukraine. So, when everything started over there, we were trying to help our family and friends by sending what we can and giving what we can. But, I started to think, what else can I do? Because you do feel helpless over here. You are so far away from everything.

“I had seen a few GoFundMe campaigns before, so I thought I would start one. We thought that there’s no better place to send the money than the children’s hospital.

“A section of the hospital was actually shelled around the time I started the campaign. A lot of the kids in there are having to get their treatment done underground.

“My dad got in contact with the hospital so the logistics of sending the money are sorted. I’ll probably keep it running for another few weeks. But, if we can help some of the injured kids back to full health, hopefully it can be of help.”

The goodwill of the Irish people was clear as the campaign grew quickly.

Incredibly, the campaign is now just shy of €48,000 having been posted less than three weeks ago.

“The day I put it live, all of the Leinster players supported it and shared it across their social media pages. All my friends and teammates in Clontarf shared it too, so it got great exposure and I’m really grateful for that.”

That support Alex talks about has come from all four corners of Ireland.

“Cork Constitution FC gave a great contribution. I had no idea they were doing a fundraiser. We played them a few weeks ago with Clontarf and Donal Lenihan came up to me after the match and gave me an envelope to add to the fund. That was really nice.

“UCD Rugby Club also gave a donation after our game last week which was really nice from them. When you see things like that, it makes you proud to be a part of the rugby community.”

Those trips in the Energia AIL with Clontarf FC, and training in UCD with the Leinster Academy are the few hours each week that Alex isn’t thinking about the war. It’s a good distraction for the 21-year-old, knowing that everyone at Clontarf and Leinster Rugby is behind him.

“Not that you ever forget that the war is going on, but coming into UCD to train gives you something else to focus on for the time that I’m with the team. It definitely helps. It’s good to blow some steam off doing a gym session and it puts you in a better headspace overall.

“The lads have been great. The support has been unbelievable. The whole squad here in Leinster, and all of the coaches have been so supportive. Everyone has said that if there’s anything they can do to help, they would love to do it. It means a lot.”

This year, before the war began, rugby had brought the Soroka family a lot of big days out together as Alex, and his older brother, Ivan, who has previously played with tonight’s opponents Connacht, finally got to play on the same team.

“Ivan is about six or seven years older than me so when we were growing up we never had a chance to play together. I signed back with Clontarf during Covid, but, obviously we didn’t get a chance to play any games.

“I picked up an injury at the start of this season and I only got back in January. My first game back was against Garryowen and I finally got to play on the same team as my brother. That was special. It’s probably my favourite rugby memory.

“I think we’ve played nine games together this year for Clontarf and my parents have been to every one of them. They’ve travelled down to Cork for away games and everything.” 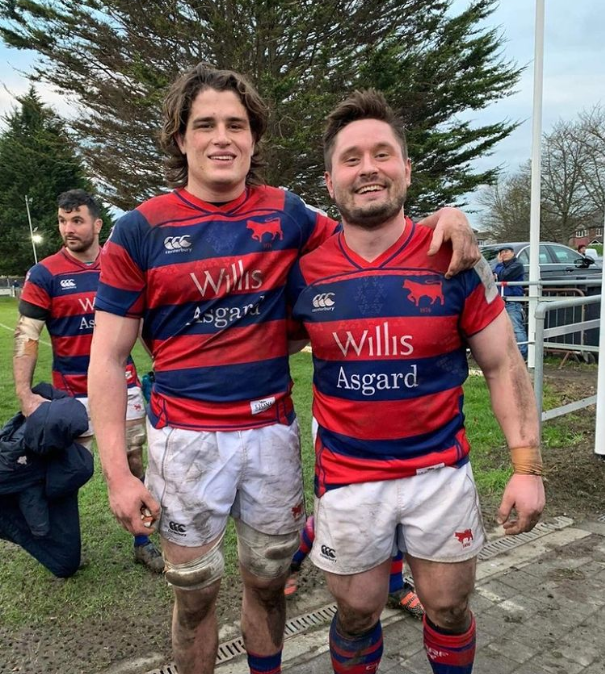 Having that Clontarf Rugby Club community support has clearly been a great help to the entire Soroka family. Between the players and the supporters, the club has raised more than €6,000 for the campaign.

The club is now working on helping as many Ukrainians as possible who move into the area.

“A lot of families have moved into Clontarf, and the rugby club has set up a training session for Ukrainian kids. It’s on Mondays at 5.30pm in the rugby club.

“Rugby isn’t very popular in Ukraine, but it’s just great that they have somewhere for the kids to run around and have a bit of craic. There’s so many examples of that goodwill around Ireland.

“I couldn’t ask for anymore from the players, staff and the people behind the scenes at Clontarf. My family and I really appreciate it. It’s nice to be a part of a club like that.”

From a rugby perspective, Alex is focused on impressing the Leinster coaches and adding to his three caps to date, as well as repaying Clontarf for all of their support with some silverware.

“We’ve been going well this season with Clontarf and we’re into the play-offs. We’re playing Cork Con at home in the semi-final, so hopefully we can bring it home.”

More importantly, Alex and his family are focused on helping Ukrainians arriving in Ireland as well as doing anything they can for family and friends back home in Ukraine.

“Looking ahead, we’ll just try and help out as much as we can. We’ll keep organising things to help the Ukrainians coming over to Ireland.

“There are a few Facebook groups that we’re in, so if somebody sees a good donation page, we’ll share it, or help set up a meet and greet for Ukrainians who have just come in at St Stephen’s Green on Saturdays. All of that kind of stuff.

“It’s very daunting for the Ukrainians who are coming over here now. Especially the children.

“It’s a new environment, a new language, a new climate, a new everything. Small things we can do to help them to make their lives a little bit easier, can go a long way.”

If you would like to support the Soroka family GoFundMe campaign which is raising funds for the Okhmadyt Children’s Hospital in Ukraine, please donate now.