All Eyes On 17th Heineken Cup… 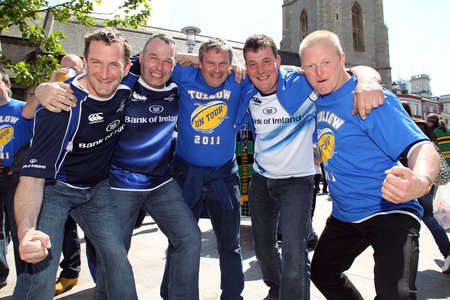 The extra two ERC European Ranking points Leo Cullen’s battlers earned took them to No 1 place ahead of Munster and Toulouse for the 17thseason of the Heineken Cup tournament.

Leinster’s triumph also earned Ireland an additional place with Connacht the beneficiaries and joining the elite after playing in a record 98 Challenge Cup matches in all 15 seasons of the competition.

It means Ireland will have four teams in the tournament for the first time while England will have seven following Harlequins winning the Amlin Challenge Cup a day earlier with a 19-18 victory over Stade Francais Paris at Cardiff City Stadium that earned them automatic qualification.

But Connacht Rugby are not the only Heineken Cup debutants – Montpellier have qualified for European club rugby’s premier tournament for the first time after finishing in fifth place in the Top 14.