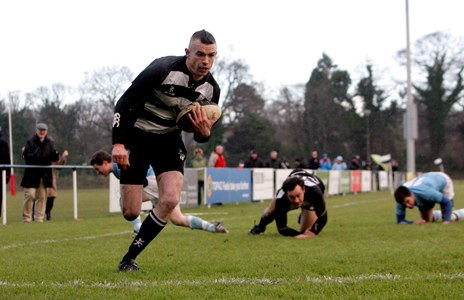 Old Belvedere director of rugby Phil Werahiko did not hide the fact that the 24-3 scoreline against Garryowen flattered his side, however he was quick to argue the merits of victory in such a tough, closely-fought contest.

Share Old Belvedere, who retain a three-point lead at the top of the All-Ireland League Division 1A, went into the half-time break 10-3 ahead, after centre Conal Keane slotted a penalty in the fifth minute and this was followed by Eddie Devitt’s 24th-minute try with Keane adding the conversion.

Lansdowne bagged a bonus point in their home victory over Bruff on Saturday, recovering from the concession of an early try

Following Lansdowne’s four-try 30-18 defeat of Bruff on Saturday, their head coach Willie Clancy was quick to praise the youth in his squad, while remaining coy about the Dubliners’ chances of a promotion push.

Share Speaking after the game, Lansdowne’s Willie Clancy said: “A lot of the lads shone through. We have some experienced players but there is an awful lot of youth there, at hooker, tighthead, openside – all 19 or 20 years of age.

“The tighthead that came on, Martin Moore, is only 19, John Cooney is 20-21. A lot of experience in some of the players, but there is a massive difference down to the 20 to 21-year-olds.

“Obviously we came here to get a win, get ourselves back up the table again and thankfully managed to do that.”

Click Here for the other Results from the weekend