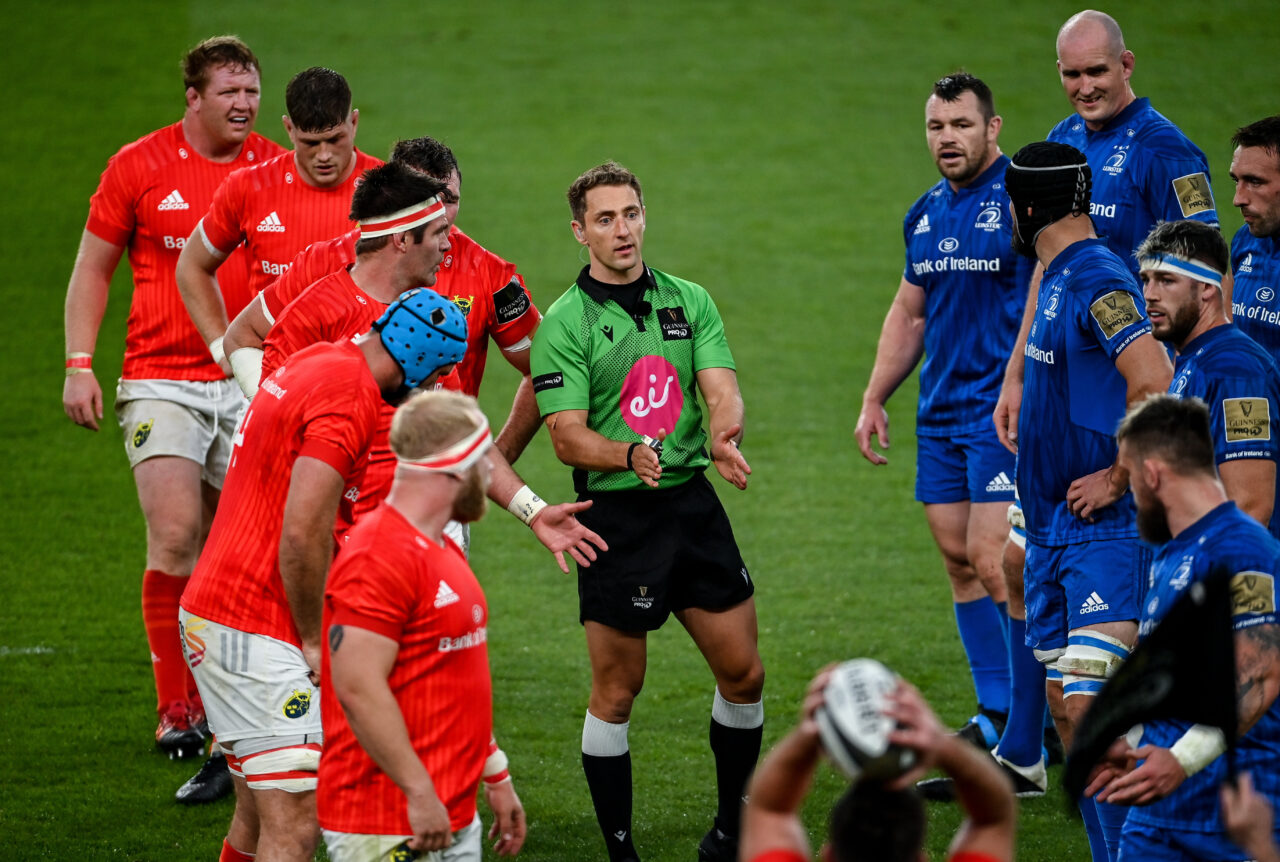 Andrew Brace has been appointed as the referee for Saturday’s Guinness PRO14 Final between Leinster Rugby and Ulster Rugby at Aviva Stadium (KO 7.35pm).

The 32-year-old is in line to make his 55th Championship appearance and his first in the title decider.

Brace was chosen as an assistant referee for the Rugby World Cup in Japan, received his first Guinness Six Nations appointment in February, and follows up his first knock-out appearance in the PRO14 Championship with this selection.

Brace, a full-time professional referee, made his Guinness PRO14 debut in 2015 and earned further recognition at the Junior World Championships and Under 20 Six Nations the following year. Having taken charge of the Leinster v Munster semi-final the Cardiff-born match official is in line to make his ninth appearance of the season.

Frank Murphy and George Clancy have been appointed as assistant referees with Brian MacNiece fulfilling the role of Television Match Official. All of the appointments are IRFU match officials.

Greg Garner, Elite Referee Manager for PRO14 Rugby, said: “Over the past number of years we have gathered more performance data on our match officials and created more stringent review processes to push our referees to the highest standards. As a result, we now have a number of world-class referees within our system who we could have appointed to the final.

“Andrew has taken significant steps forward in his career over the last 12 months and his performances warrant his selection for this weekend’s Guinness PRO14 Final. It is vital that we put young refereeing talent in a position to succeed and Andrew’s rise is very rewarding for the tournament and for the referee structures in the IRFU.

“I would like to congratulate all the match officials involved and wish them all the best of luck for this weekend.”