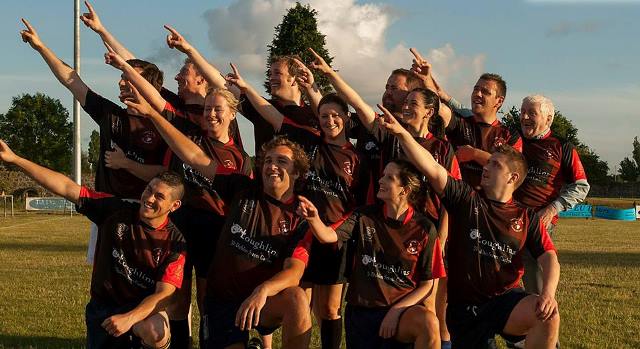 The tournament, run by volunteers of Carlow Rugby Club, is growing from strength to strength with 32 teams (384 players) playing again this year.

This year we welcome some new members onto our committee. We are delighted to announce the inclusion of Thomasina Bolger, Louise Gannon, Paul Cullen and John Corrigan all Tag veterans but with plenty of dynamism and all excited about adding spark into this year’s tournament. It looks like we will have a couple of brilliant changes to our summer social calendar for tag 2014. They will join Joanne Wall, Tommy Doyle, Gary Bayley, Gordon Rowe and Stephen Dargan in injecting fun to these summers’ events!

The 10 weeks of Tag Rugby starts on May 22nd and will run on Thursdays (with the exception of 2 Fridays) until July 25th. Each team is linked to a local business sponsor who allows the teams to have their own jerseys. Any queries on Sponsorship should contact John Corrigan at 087-6297218.

The tournament attracts all levels of players over 4 divisions. It is for both men and women over 18. The social aspect is as much of an attraction as the playing with activities offered most night including treasure hunts, drink promotions, a tug of war and the infamous Annual final night Party.