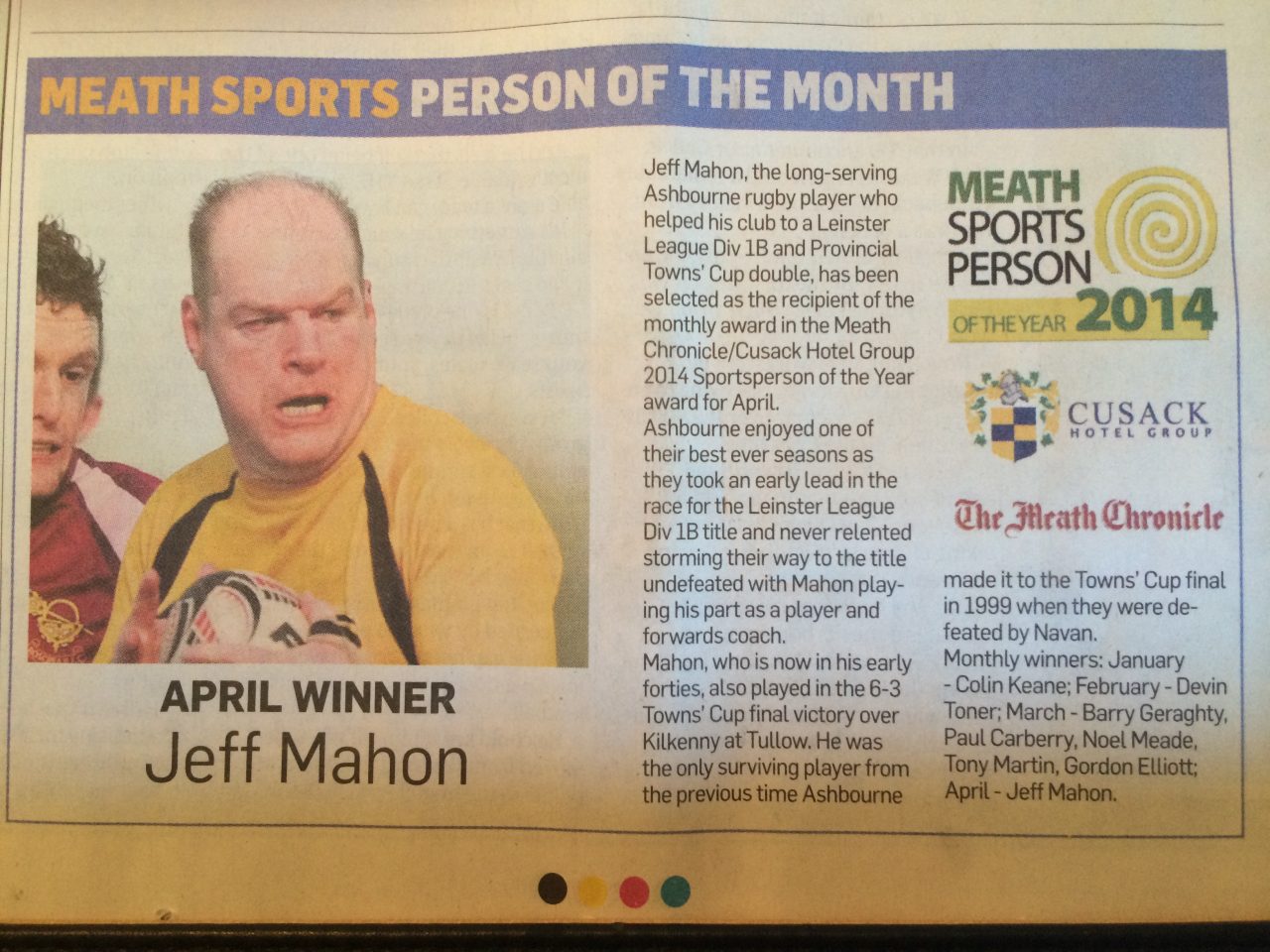 Jeff Mahon was recognised in the Meath Chronicle as the April winner of the Meath Sports Person of the Year 2014.

Jeff Mahon has recently completed 35 years with Ashbourne RFC having started at a young age and worked his way through the youths system and been a loyal servant of the club through the years.

Jeff, originally is originally from Kilsallaghan on the Dublin side of the Meath/Dublin border and started playing with the club when it was based nearly in his back garden in St Andrews Athletic Club beside the Dreaper stables. It was there that he first appeared on the Ashbourne first team at the age of 17. He has been a fixture ever since and part of the fabric of the club, which has been recognised by the club when he was made an Honorary Life member a number of years ago plus he captained the side numerous times during his career.

In such a long career Jeff has had many good days but the winning of the Provincial Towns Cup in April last ranks up there and in fairness the recognition received from the Meath. The club made the final in 1999 when the result did not go Jeff’s way but the win this year in Tullow goes some way towards making up for it. Jeff is also a much capped Leinster Junior player and was a winning interprovincial captain three times between in 1999 and 2002 also was part of the coaching team for a period. Jeff was also awarded the Leinster Junior Player of the Year Award in the 2000/2001 season

Facing into 2014/2015 Jeff has still every intention of playing and being part of the squad, but he also now a key member of the coaching team, taking on the role of forwards coach to the 1st XV.

Every club has their Jeff Mahon’s and players like this are rare and in particularly to see a player with such a long career in these modern days. It is great to see external recognition for their service to both the club game and to Leinster Rugby.

Ashbourne RFC are delighted with the recognition to Jeff and we wish continued success.