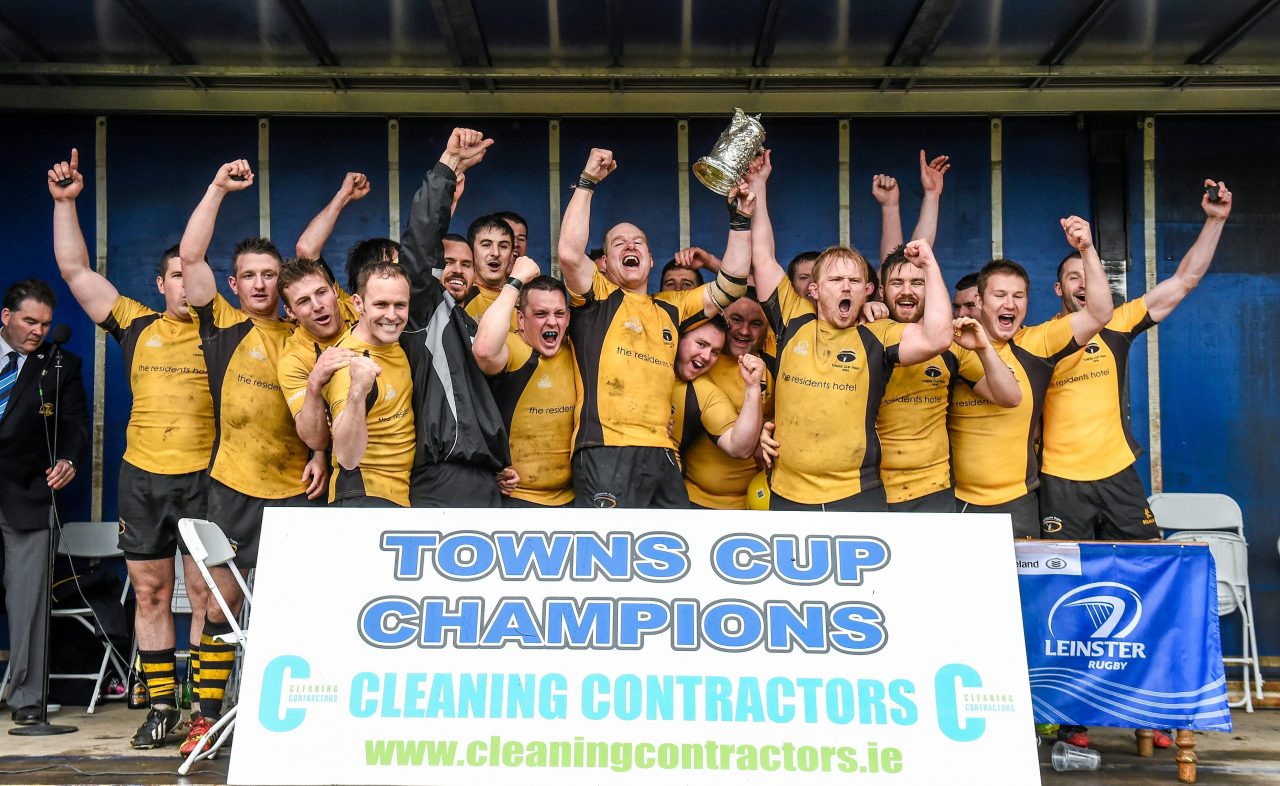 Local farmer Ned Nulty provided a pitch and stables for a changing room in what was the first of a number of temporary homes.

Initially, the club fielded two teams competing in the Metro League at the Junior 5 and Junior 6 levels with Padraig O’Broin as captain.

Padraig doubled up as the groundsman and loved nothing more than to drive Ned’s tractor and heavy roller to level the pitch ahead of the matches.

This was fine until a certain Saturday in November, when he abandoned the job half completed, after days of rain and a heavy frost the night before. He returned later to complete the job.

The frost had thawed and the tractor and heavy roller could not be moved from the centre of the pitch.

Later, Old Wesley arrived for a match and were introduced to the stables or, eh, changing-rooms.

They picked their way through the ‘mud’ in the yard, climbed the gate to get onto the pitch and were then informed that both packs must scrum down to remove the offending tractor and roller off the pitch.

Yes indeed, Ashbourne have come a long way and they mean to keep moving forward.

You have to have people of passion, energy and stamina to build anything from the ground up.

Bill Duggan is one of ‘Ash’s’ stalwarts, a member since 1979, someone who has been there through the good times and not-so-good.

“It’s a funny old club. I joined in 1979 and I am there since. It was very welcoming, something we try to maintain. It is serious rugby with a serious social element to it,” said Duggan.

Ashbourne was just four years young when it captured their first trophy and it set them back, not pushed them forward.

“We won the O’Connell (J2 Metro) Cup in 1978, beating St Mary’s College 3-0, and we are the only Junior club to ever win it. We lived off that for years. St Mary’s had the post-match dinner ready in the clubhouse and they never ate it.”

The club muddled along through the 1980s and 1990s without making much progress until a decision was made that, ultimately, led to success. It didn’t happen without mistakes being made along the way.

The club moved from Metro to the provincial area to play in the Provincial Towns Cup and build an identity of a club that represents its town.

Along the way, there were those who formed the club culture, none more so than the ageless Jeff Mahon. In 2018, Mahon was 47 and Joey Szpara, now starting for Lansdowne, was 18, when they played alongside each other. 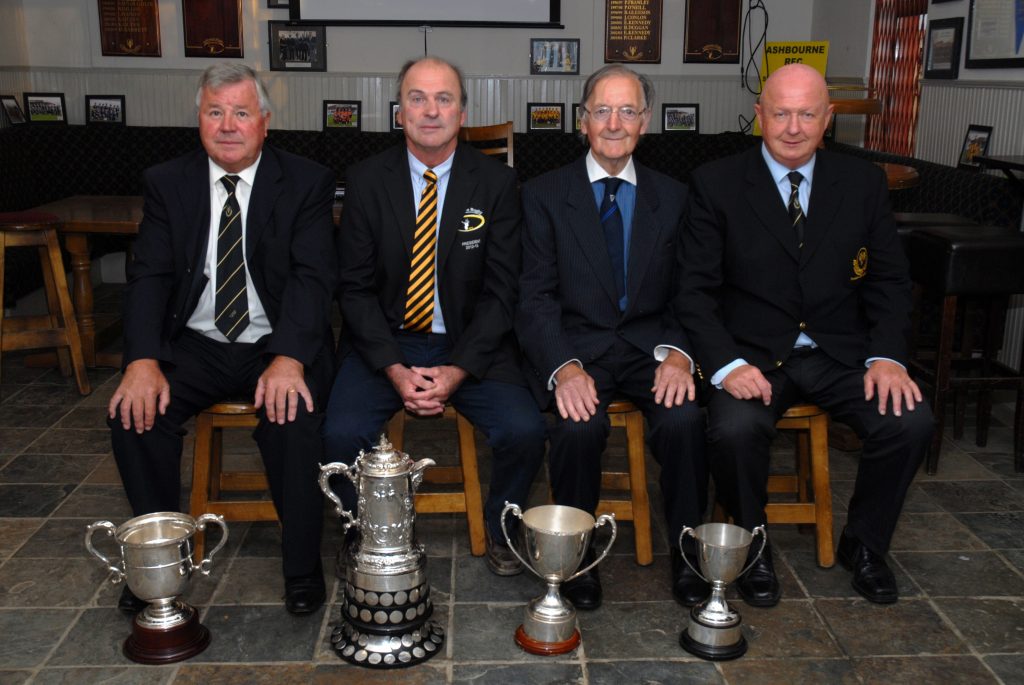 Prop Mahon’s playing career has spanned 32 years and he was even on the bench against Suttonians this season.

“We were probably one of the first clubs in Leinster to do a development plan in 2004,” said Duggan.

“We made mistakes as we went along. We used the plan to raise money and received a Sports Capital grant along with guidance from the IRFU and the Leinster Branch.

“We decided Friday night football was the way to go to bring people into the club.

“We put the lights on for the main pitch. We had our first match against Roscrea. I still remember it clearly. It poured rain. It ruined the pitch and it was never the same for the rest of the year.

“We went back to the well. We put together a plan to develop two all-weather pitches.”

It is this forward planning that led to a number of high-profile matches, like the Women’s Six Nations matches being played at Ashbourne.

“Our attitude in the club is that there are two aspects, the social side and the business side. The club is a business, like it or not,” said Duggan.

“We don’t have a natural breeding ground in the schools for players. A huge focus has gone into trying to develop our own players through our youths systems.

“In fact, the well-known out-half Mark Woods joined us from Clontarf and made the comment that ‘players won’t come for the clubhouse, they come for the playing facilities.’

“We made the decision to build some of the best facilities in Ireland,” he declared.

“We want facilities where the players can run off of the rugby pitch as clean as they run into it, even in the wettest of weather.”

The decision to withdraw Ashbourne from the Metro League and enter into the Leinster Junior League has been the right one, their first and only Leinster Towns Cup claimed in 2014.

“It was phenomenal for the club. There has always been that aura about it. It has been the Holy Grail for the club to win and to win it again. We haven’t achieved that.”

What Ashbourne has managed to do is win three consecutive All-Ireland Cups in 2017, 2018 and 2019 and currently lead the way in Leinster League Division 1 after eight games.

“The AIL is always the plan,” said Duggan.

“It has to be such that it is sustainable in the club. If you look around at other clubs that have gone up and come back down, they have struggled.

“The standard in Division 1A is probably every bit as good as that in the bottom four or five in Division 2C of the AIL.

“This is borne out by the fact Enniscorthy played Midleton on the first weekend of the AIL and won well with the same team we played against last year.

“This is a great testimony to them. They are the model you would look to in the sense that most of their players have come through their own ranks. People will always wander in. But, in general, if you don’t have your own players, you can forget about it.”

“We have always wanted to become a senior club somewhere down the road, but only when we had the infrastructure in place.

“We have won something every year since 2014. There is a winning way in the club. The flow of players up through the club is not going to happen unless you are winning or competing to win.”

This article first appeared in the match programme for Leinster Rugby’s Guinness PRO14 clash with Edinburgh Rugby on October 11.