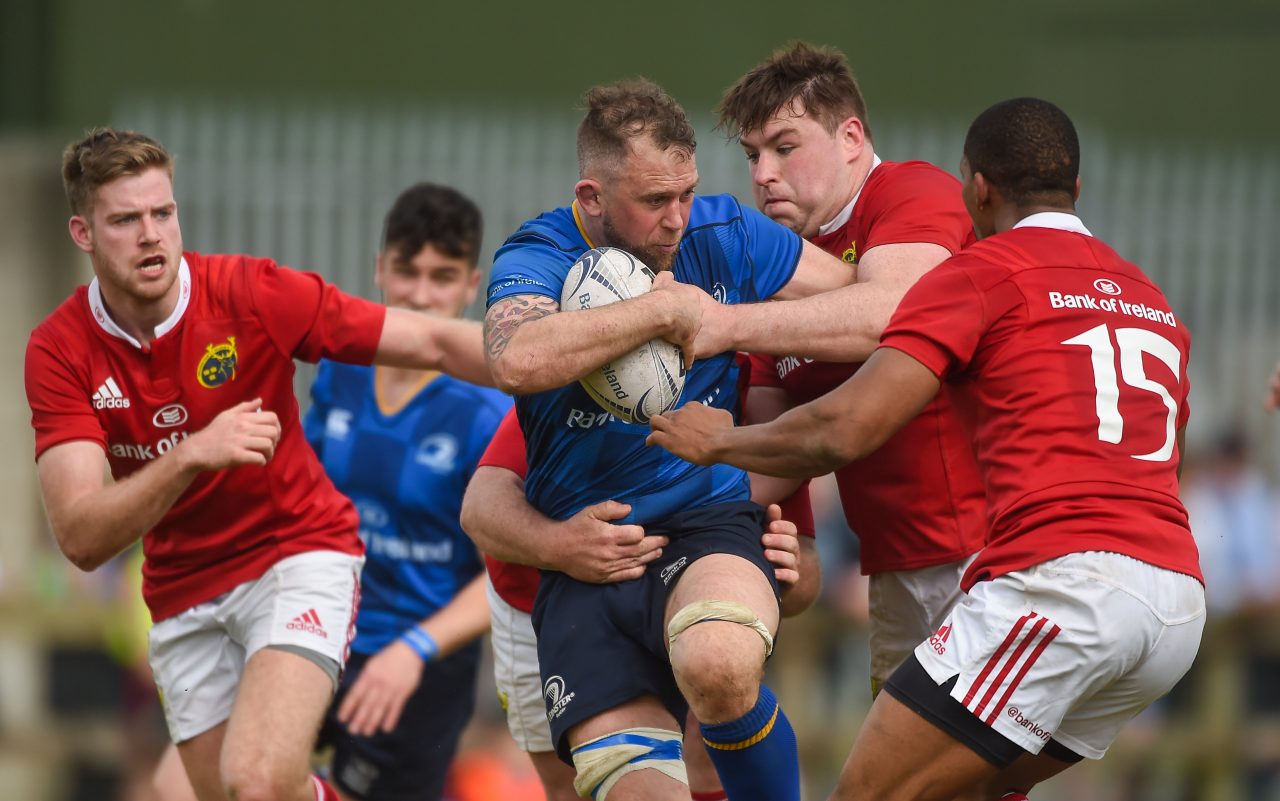 At first, the competitions run by the Leinster Branch covered only ‘Senior’ clubs. However, as new clubs began to emerge, a Leinster Junior Challenge Cup competition was commenced in the 1888-89 season. The first winners of this competition in 1889 were Blackrock College, then a Junior club. Only those clubs that had not participated in the Senior Cup competition could participate in the Junior competition.

However, although Junior rugby began to emerge at a very early period in the development of rugby in Leinster, it did not at that time have its own committee in the Leinster rugby structure. There was a Junior Competition Committee up until a Junior Committee emerged in 1920. Over the years since, various reviews and reforms have taken place which changed the role and makeup of the Junior Committee.

The current Junior Committee is made up of delegates from a cross section of the rugby family in Leinster. It is the representative committee for the 55 Junior clubs in the province as well as looking after the interests of Junior rugby within Senior clubs. Dealing with rugby issues that arise in all adult rugby clubs in Leinster, both Senior and Junior, makes the Junior Committee one of the more active committees in Leinster.

According to the Chairman of Junior Rugby, Tom Duffy: “I see one of the main functions of the Junior Committee as the facilitation of the flow of information to and from the 55 Junior clubs in Leinster.

In recent years, the Junior Committee, on its own initiative and led by former Leinster Branch President Robert McDermott, has sought to revive the Leinster Junior Interprovincial team. A sub-committee of the Junior section commenced an annual “Celebration of Junior Rugby” at which the Sean O’Brien Hall of Fame award has been presented.

People who had dedicated their lives to the Junior game in the province, through playing and administration, were recognised and inducted into the Hall of Fame. An annual dinner, now in its third year, was initiated. Funds from this dinner have been used to help develop the interprovincial team. The Leinster Junior team is made up of amateur players from Junior clubs in the province.

This Leinster Junior team has competed in the Interpro series since 1908. The recent initiative by the Junior Committee to raise the profile of the Junior provincial team has seen an increase in the success of the team on field (winning the past two Interpro titles).

The province is broken up into five areas. Four of the areas are ‘provincial areas’. These are the North East, the South East, the Midlands and the North Midlands areas. The fifth area comprises Junior clubs in the Metropolitan area which comprises most, though not all of Dublin.

Each of the areas send between two and four delegates to the Junior Committee, depending on the number of clubs in the area. The Junior section of Senior clubs sends three delegates. That section comprises a huge portion of those playing rugby at Junior level in the province. Delegates from the women’s, youths and referees sections also attend the Junior Committee.

The Chairman of Junior Rugby is also elected at the Junior AGM. The Chairman’s tenure is for a two-year term and can be re-elected just once allowing for a maximum of four years in office. The Junior Committee can, on the recommendation of the Chairman or Honorary Secretary, co-opt additional members with relevant experience to share their views on various issues as may arise from time to time.

Five representatives from the Junior Committee, along with the Honorary Secretary of Junior rugby, attend the Executive Committee. These representatives are made up of one delegate from each of the provincial areas and one delegate from the Metropolitan area. In a welcome change this year, the Chairman of the Junior Committee also now sits on the Leinster Branch Senior Executive.

The Junior clubs of Leinster Rugby can be found in all 12 counties of the province of Leinster. Given the geographic spread of these clubs, they have historically been grouped into geographic areas within the province. There are four provincial areas together with the Metropolitan Area:

The current Honorary Secretary of Junior rugby is Trevor Merrey. This is Trevor’s 16th year in the post. Trevor, who has been a tremendous servant of rugby in the province, will be stepping down from this position at the AGM of the Junior Committee in May 2020.

“Trevor’s commitment to Junior rugby for over 20 years is unmatched. Many clubs have benefited from his expertise, but always quietly and without a requirement for acknowledgement. His guidance to me and help as Chairman of Junior Rugby has been invaluable over the past three years.

“Thankfully we will be able to hold on to him in competitions, but Junior rugby owes Trevor a debt of gratitude. On behalf of Junior rugby, thank you Trevor,” said Tom Duffy of Trevor’s commitment to the game.

He will be greatly missed by everyone involved in the game in Leinster.

This article first appeared in the Official Matchday Programme for Leinster Rugby’s Heineken Champions Cup match with Lyon OU at the RDS Arena on Sunday, January 12.