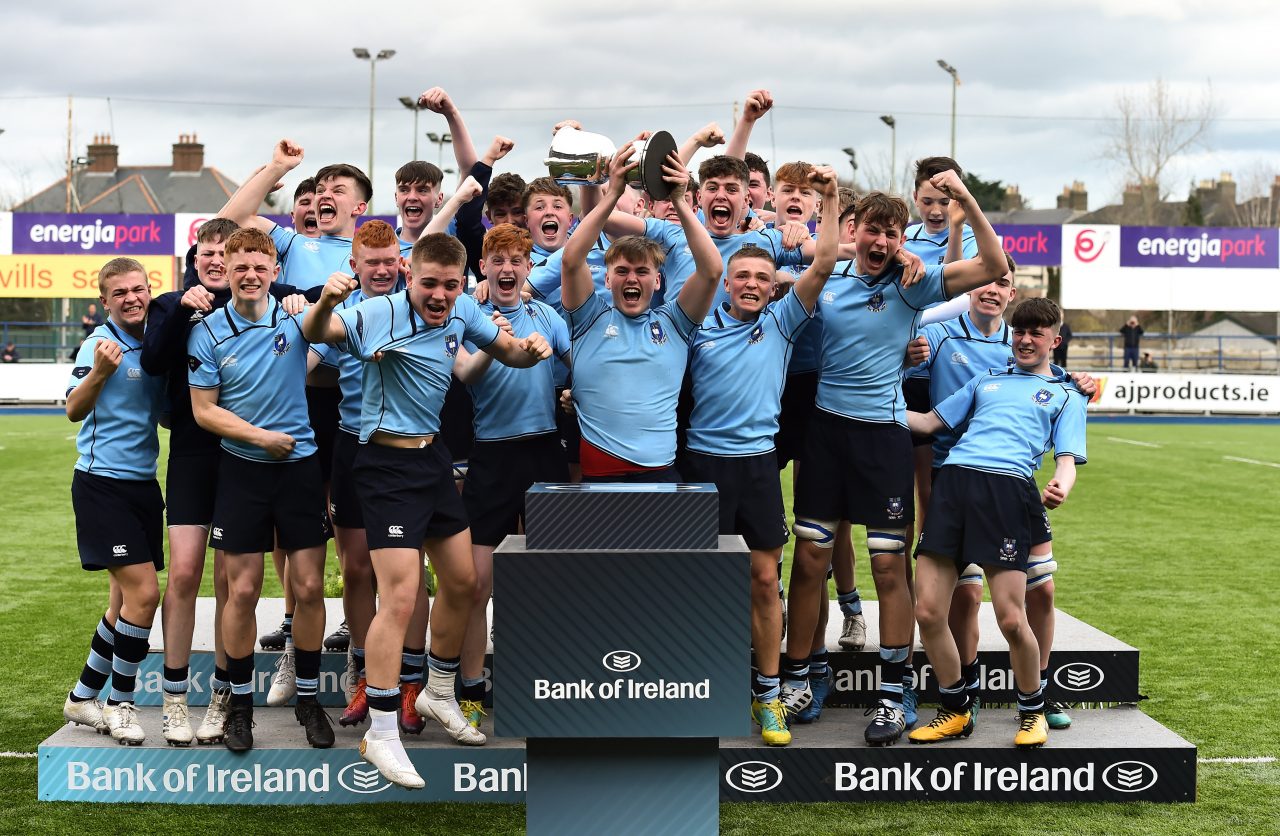 The Schools Committee in Leinster Rugby is tasked with administering all aspects of Schools Rugby in the province.

Schools Rugby has a long and proud tradition in Leinster with the Bank of Ireland Schools Senior Cup now going into its 133rd year. Stalwarts of the Schools Committee over the years include the late Kevin Kelleher (St. Conleth’s College), Caleb Powell (The King’s Hospital) and Lorcan Balfe (De La Salle College Churchtown) who were all subsequently elected President of Leinster Rugby. Indeed, Caleb is also a former President of the IRFU. The Schools Committee was formerly a small committee of five, but this has grown in recent years, as the number of schools playing rugby in the province has increased.

At present, there are 125 affiliated schools representing all of the counties in Leinster. Some of the schools are the traditional rugby schools where rugby is the main sport. However, many are schools with teams competing in a range of field sports, including gaelic football, hurling, soccer and hockey. To ensure that schools compete at the level appropriate to the playing ability of their students, competitions are organised on a four tier system.

Progression also takes place from these competitions and from the Senior and Junior Leagues to the Bank of Ireland Senior and Junior Cups, which are the blue riband events for Schools Rugby. They play a significant role in the life of the schools and among the past pupil communities. They are covered extensively in the media.

The Schools Committee reflects the complex nature of the affiliated schools. It is vital that the different types of schools are represented and the governance structure seeks to ensure that each tier of schools nominates and elects representatives.

Andrew, along with Brian Gallagher and Brendan Cryan (De La Salle College Churchtown) oversees the development schools, who this year chose not to elect their own representatives. Brendan and Brian, stalwarts from organising the highly competitive Thirds Senior League, along with Ben Gormley (former President of Leinster Rugby and Old Belvedere RFC), Pat Carolan (former President of the Referees Association and Wicklow RFC), Harry Nicholls (North Midland Area Representative and Portlaoise RFC) provide a wealth of experience and guidance from related areas of the game.

The AGM is held every May where the committee for the following year is elected. Major on-going issues for the Schools Committee include administering the “20 Month Rule” which regularises the eligibility of students to transfer from school to school in order to play Senior Cup Rugby, the financing of schools rugby, the training and provision of referees for schools and of course organising and administering the competitions. In this they are assisted by David Ross (Executive Services Manager), Dermot O’Mahony (Fixtures Administrator) and Hayley Whyte (Referees Administrator).

Rugby plays a very important educational role in many schools. The values of discipline, teamwork, commitment, loyalty, friendship and respect are at the heart of the game. Lessons learned and experiences garnered in the rugby environment provide great training for life in both the social and work environment.

However, a cause for concern is the number of players who drop out from rugby post-schools or post-Under-20s. We would love to see more young men continuing to play the game through their 20s and 30s!

In summary, the work of the Schools Committee is of great importance to the organisation and development of the game in Leinster. The commitment of the Boards of Management and Principals of the schools to facilitating the playing of the game, and the dedication of the games masters, coaches and teachers to training and educating the pupils in the skills and ethos of the game should also be recognised and celebrated.

This article first appeared in the Official Matchday Programme for Leinster Rugby’s Guinness PRO14 clash with Connacht Rugby on January 4. 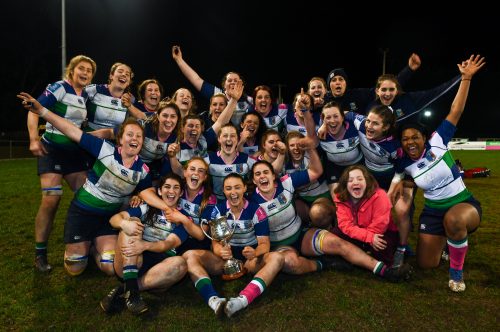 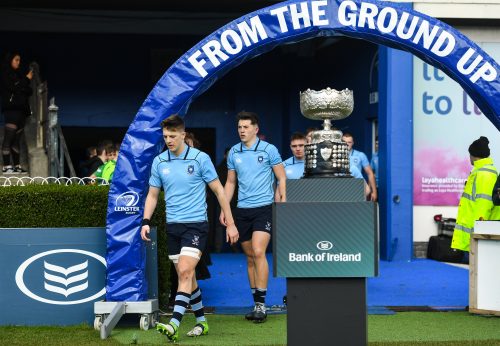 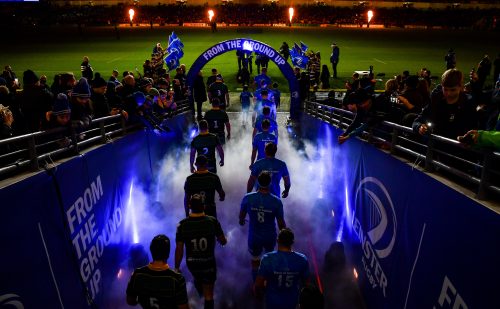 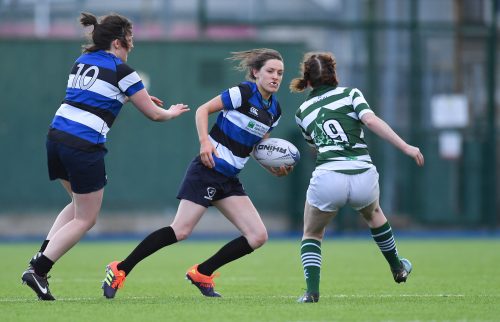 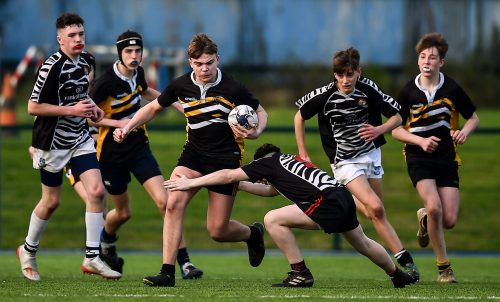 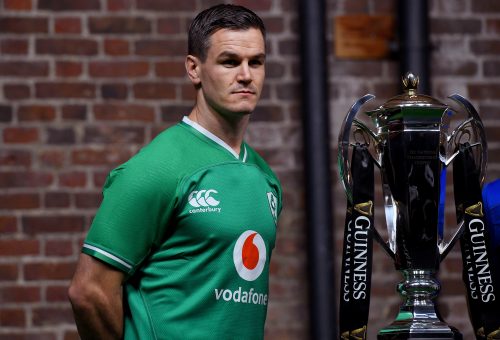 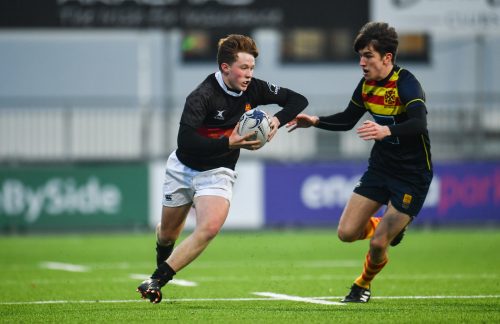 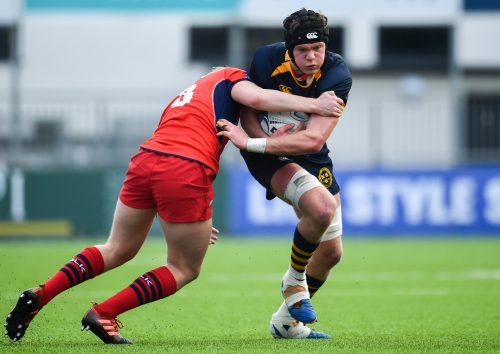