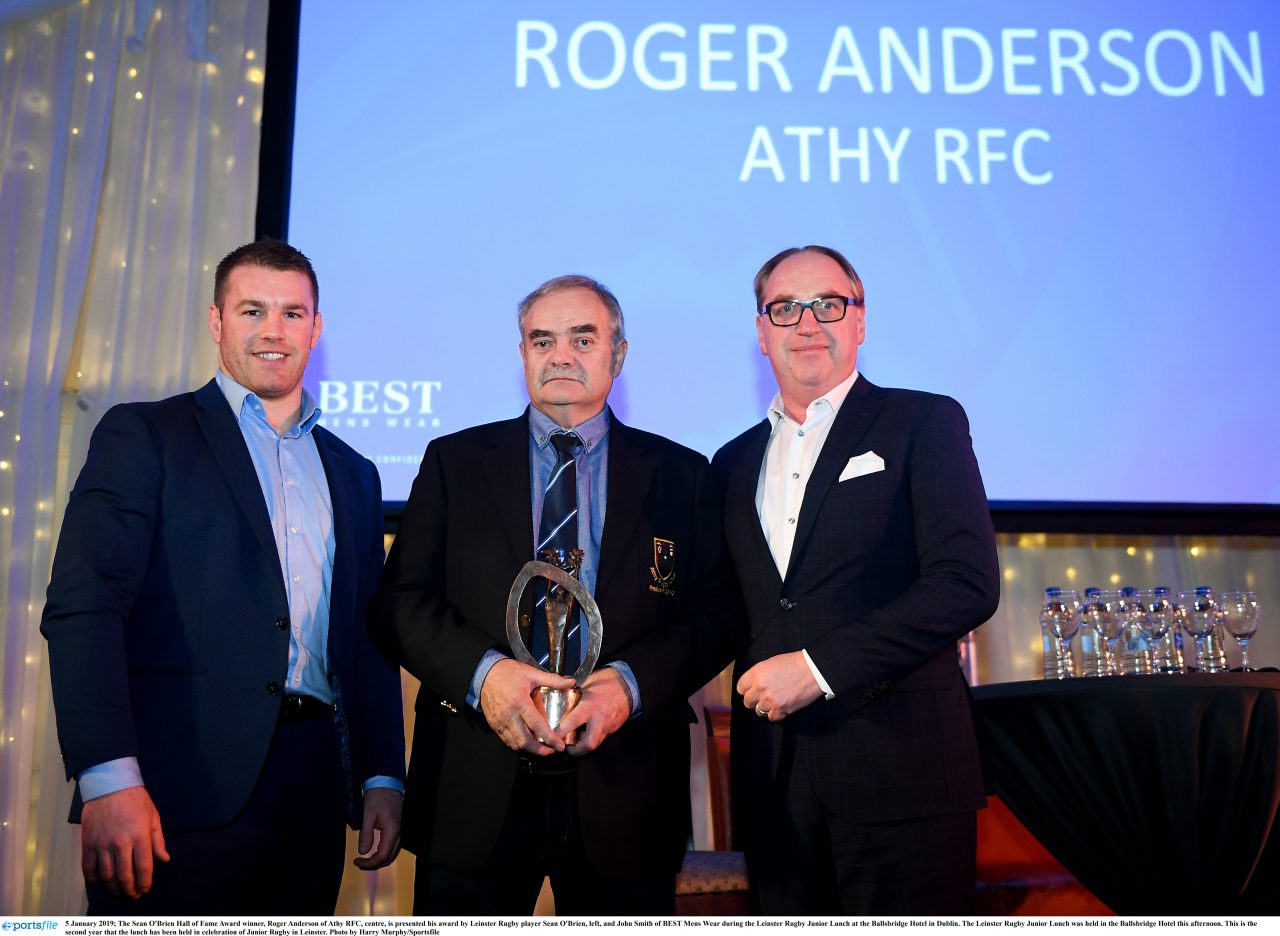 Roger Anderson of Athy RFC has been named as winner of the Sean O’Brien Hall of Fame award at a lunch in the Ballsbridge Hotel today.

The lunch was a warm-up event for the Leinster v Ulster Guinness PRO14 clash in the RDS.

MC for the day was Philip Lawlor and this year the guest speaker was Ireland Head Coach Joe Schmidt.

Philip is the Domestic Rugby Manager in Leinster with responsibility for rugby development in the province. He played as No.8 for Leinster from 1988-1994 and was part of the Irish squad from 1990-1994 and was capped on three occasions for Ireland. 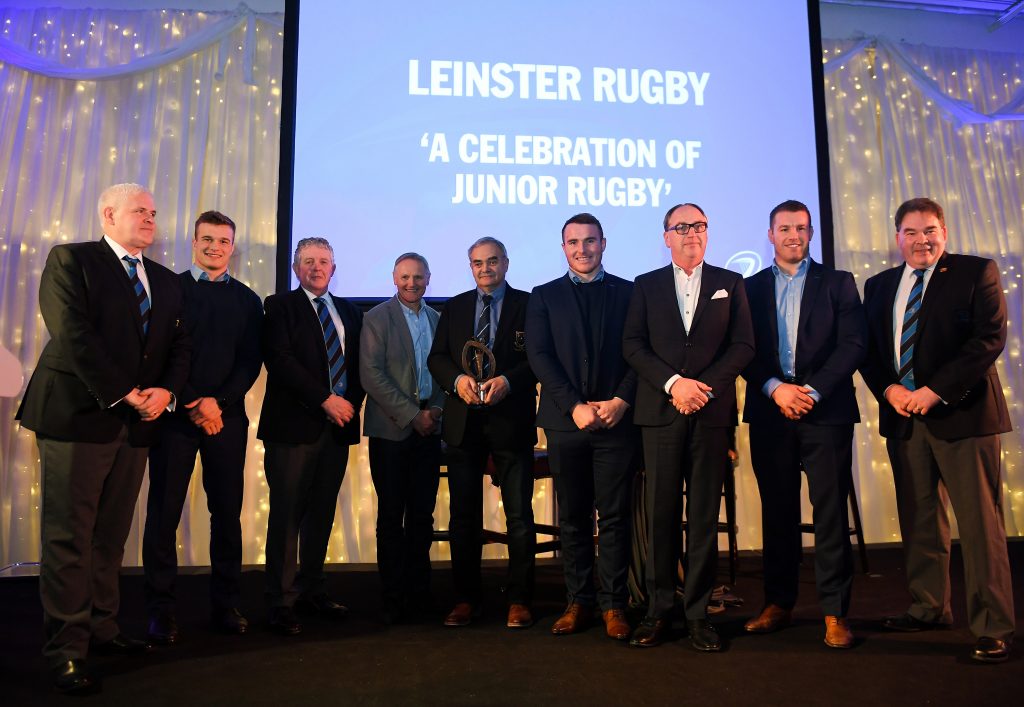 It was fitting to have Joe Schmidt as guest speaker at this celebration of junior rugby in Leinster. Joe’s first foray into Irish rugby was as player-coach for Mullingar RFC in the early nineties.

Who could have predicted then, all that Irish rugby would go on to achieve under Joe Schmidt. In his five years at the helm of the Irish Rugby team, Joe has led them to three Six Nations Championship titles including a Grand Slam as well as two wins over New Zealand.

Lorcan Balfe, President of Leinster Rugby, presented Joe Schmidt with a commemorative bronze sculpture, on behalf of all the clubs of Leinster, in acknowledgement of all he has done for Irish rugby.

The organisers were also delighted to have Leinster and Ireland player Sean O’Brien at the lunch.

Thanks to Ciaran O’Brien Contract Cleaners, Brendan O’Neill Hire Station and Jarlath Daly (Fine Art Sculptor) for their sponsorship of this event.

Thanks also to Leinster Rugby title partner Bank Of Ireland, represented by Vinny Millroy, Michael Gordon and Sharon Woods for their ongoing support and to Leinster Rugby’s Official Suit Suppliers Best Menswear, represented by John Smith and his wife Siobhan, who are kindly sponsoring the winner of the “Sean O’Brien Hall of Fame” with a made to measure, hand-tailored suit. 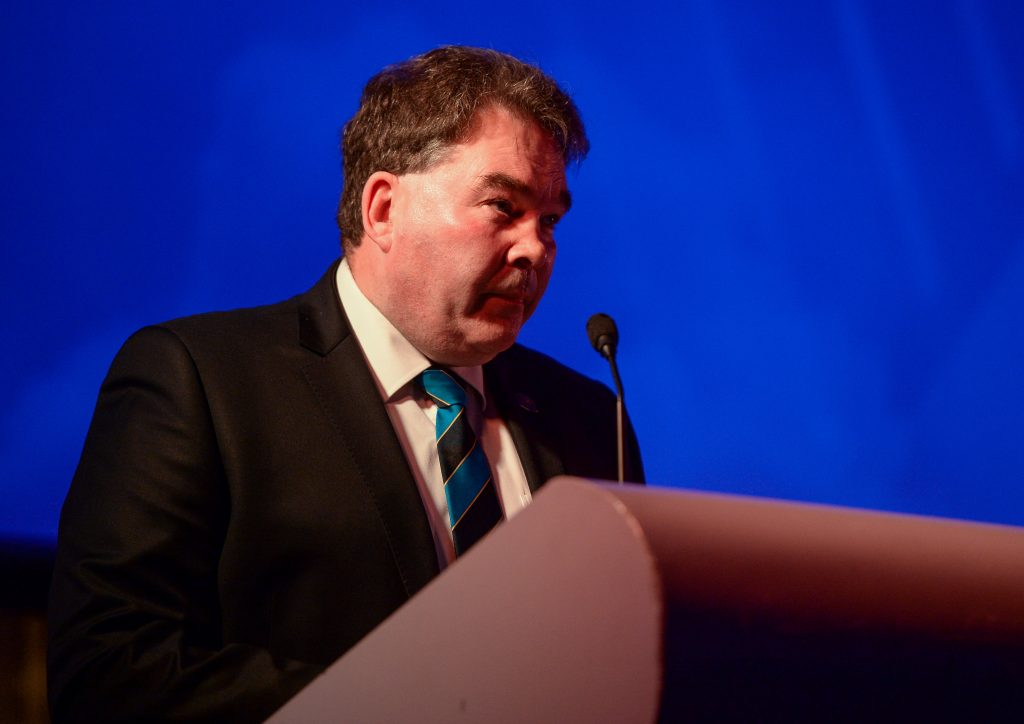 The six nominees for the Sean O’Brien Hall of Fame Award were nominated from each of the areas that make up Leinster Rugby together with a nominee from the junior ranks in senior rugby:

Congratulations to all the nominees. All those nominated have played Junior rugby and all are great stalwarts of their respective clubs and great ambassadors for the game of rugby.