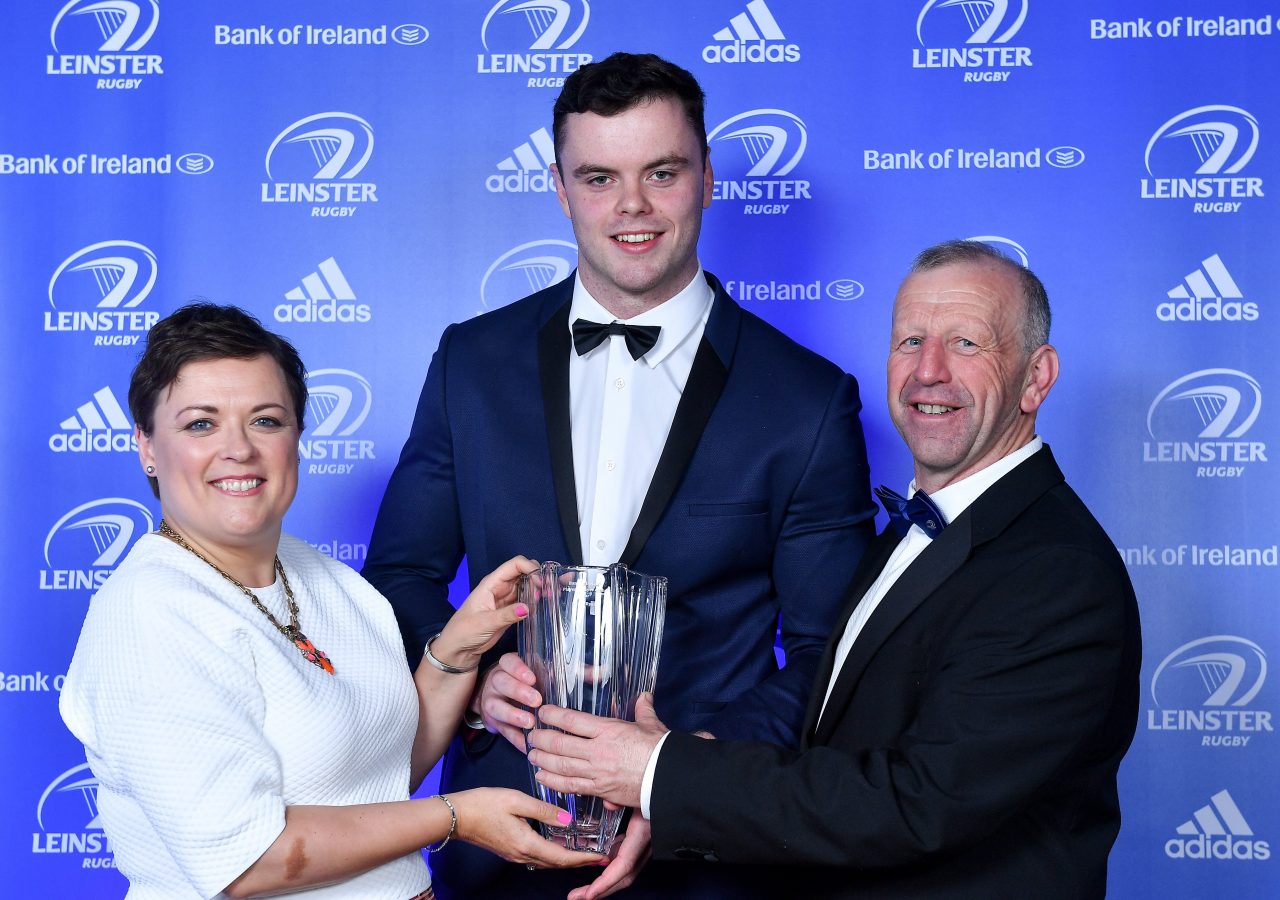 The Leinster Awards Ball took place yesterday evening (Sunday, 28th April 2019) in the InterContinental Dublin as players past and present celebrated the 2018/19 season to date and said a fond farewell to a number of players who have contributed much to the success of Leinster over the years.

Leinster Rugby President Lorcan Balfe opened proceedings and from there over 500 guests were in the company of Master of Ceremonies Darragh Maloney. 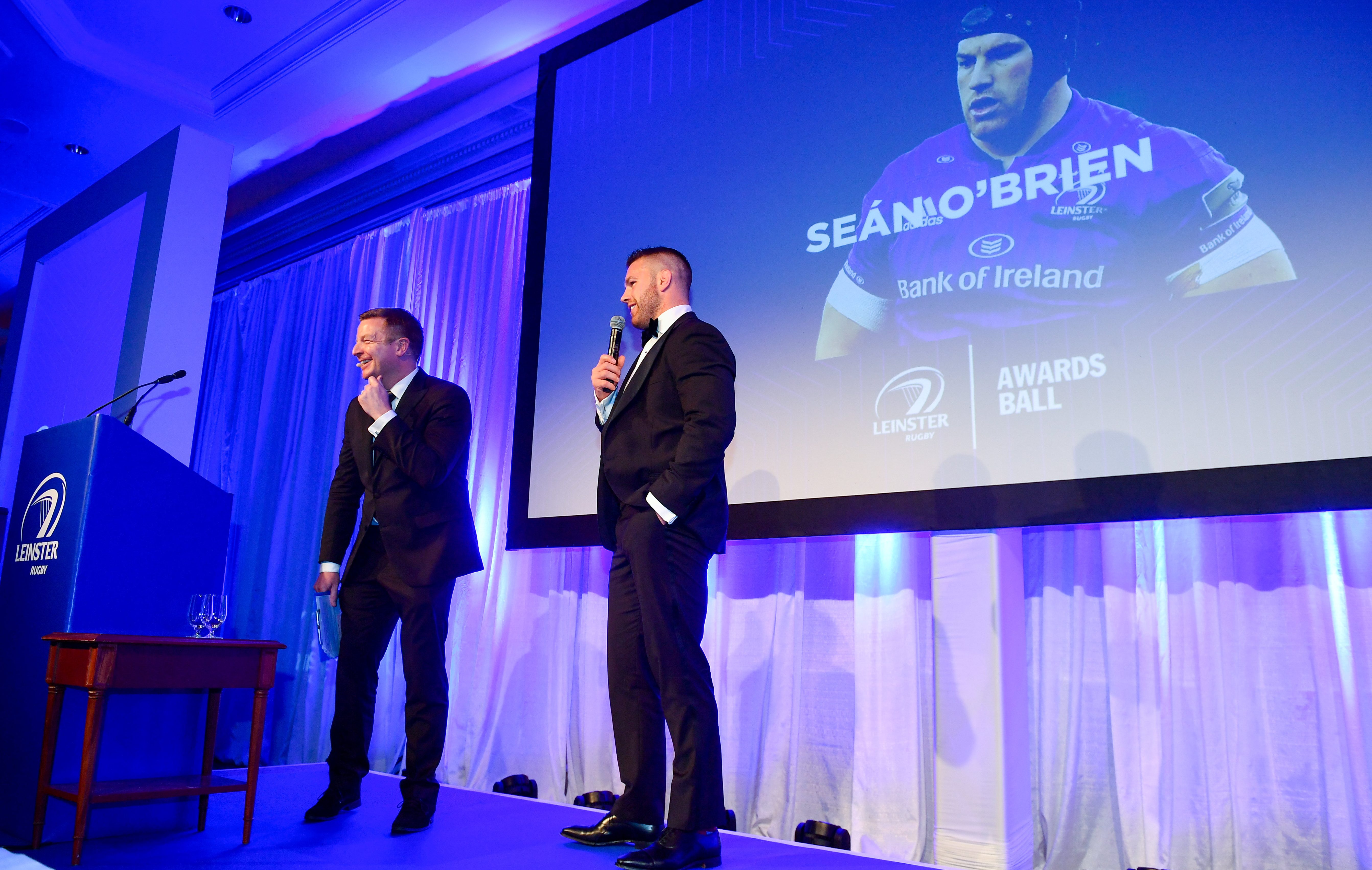 James Ryan and Max Deegan were the big winners on the night as they won the Bank of Ireland Players’ Player of the Year and the Laya Healthcare Young Player of the Year Awards, while Sene Naoupu, St. Michael’s College and Naas RFC were also notable winners.

It’s been quite the year for James Ryan, backing up last year’s Young Player of the Year Award with the Senior Award only 12 months later.

Dean, who is now the Ireland Team Manager, won 32 caps for Ireland but was also hugely influential off the field with Leinster as an Assistant Coach to the first ever professional team to play in the Heineken Cup and in more recent times as a key member of the Professional Games Board. 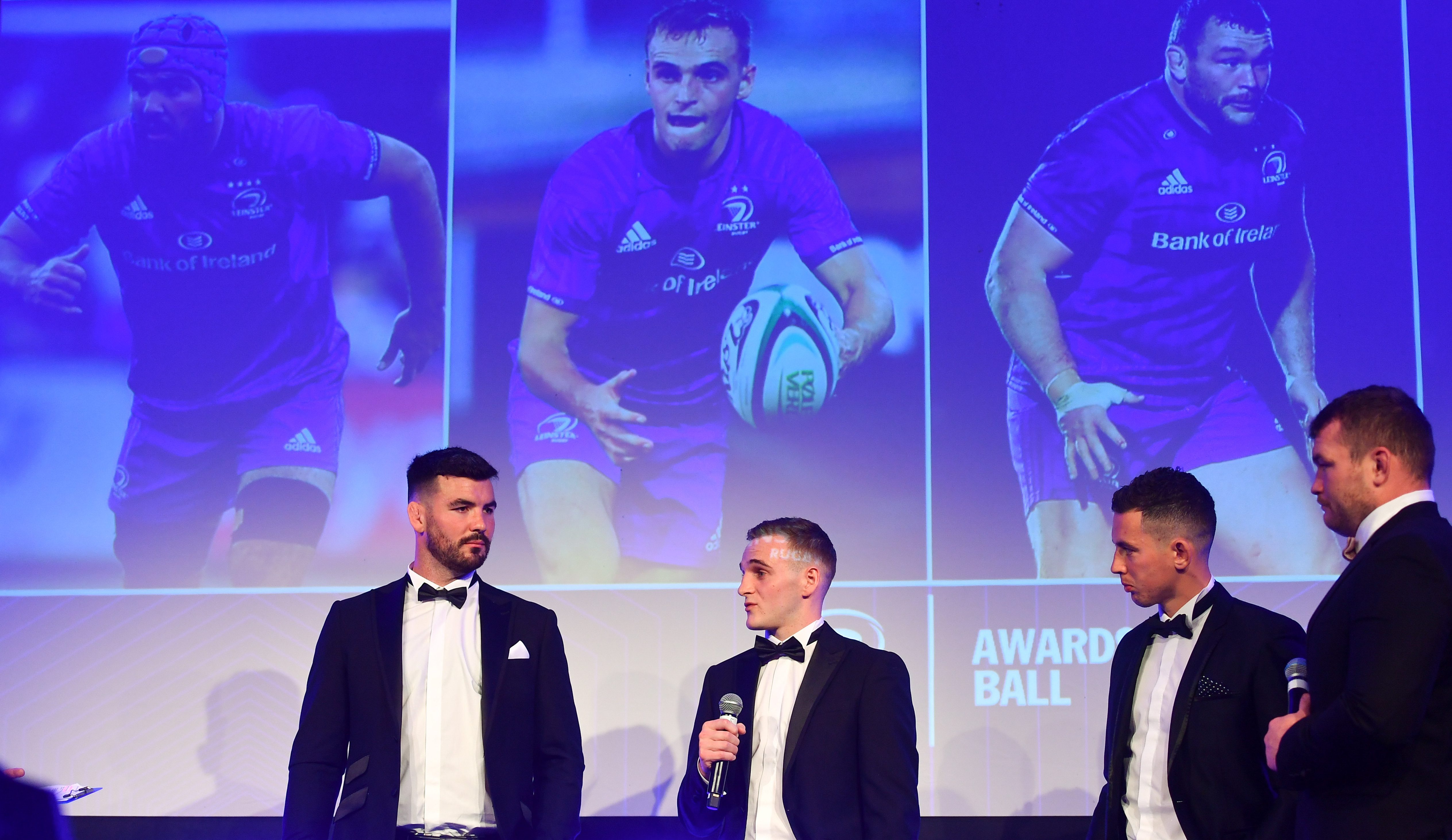 Seán O’Brien, Jack McGrath, Noel Reid, Mick Kearney, Nick McCarthy, Ian Nagle and Tom Daly were all celebrated for all they had achieved with Leinster Rugby over the years.

With Nagle and Daly on loan at Ulster and Connacht respectively and unable to attend, the other five players were presented with their official Leinster Rugby caps by President Lorcan Balfe. 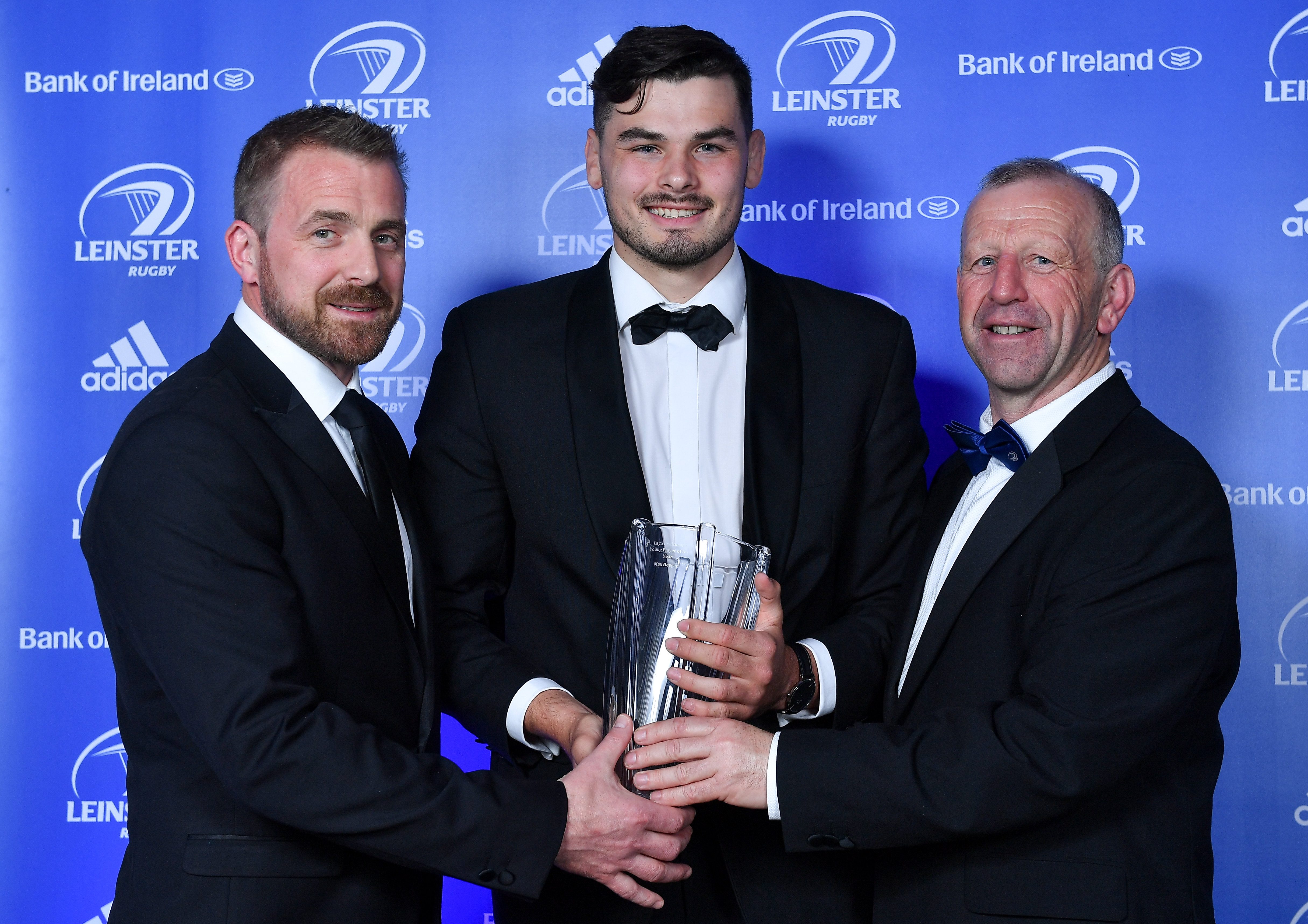 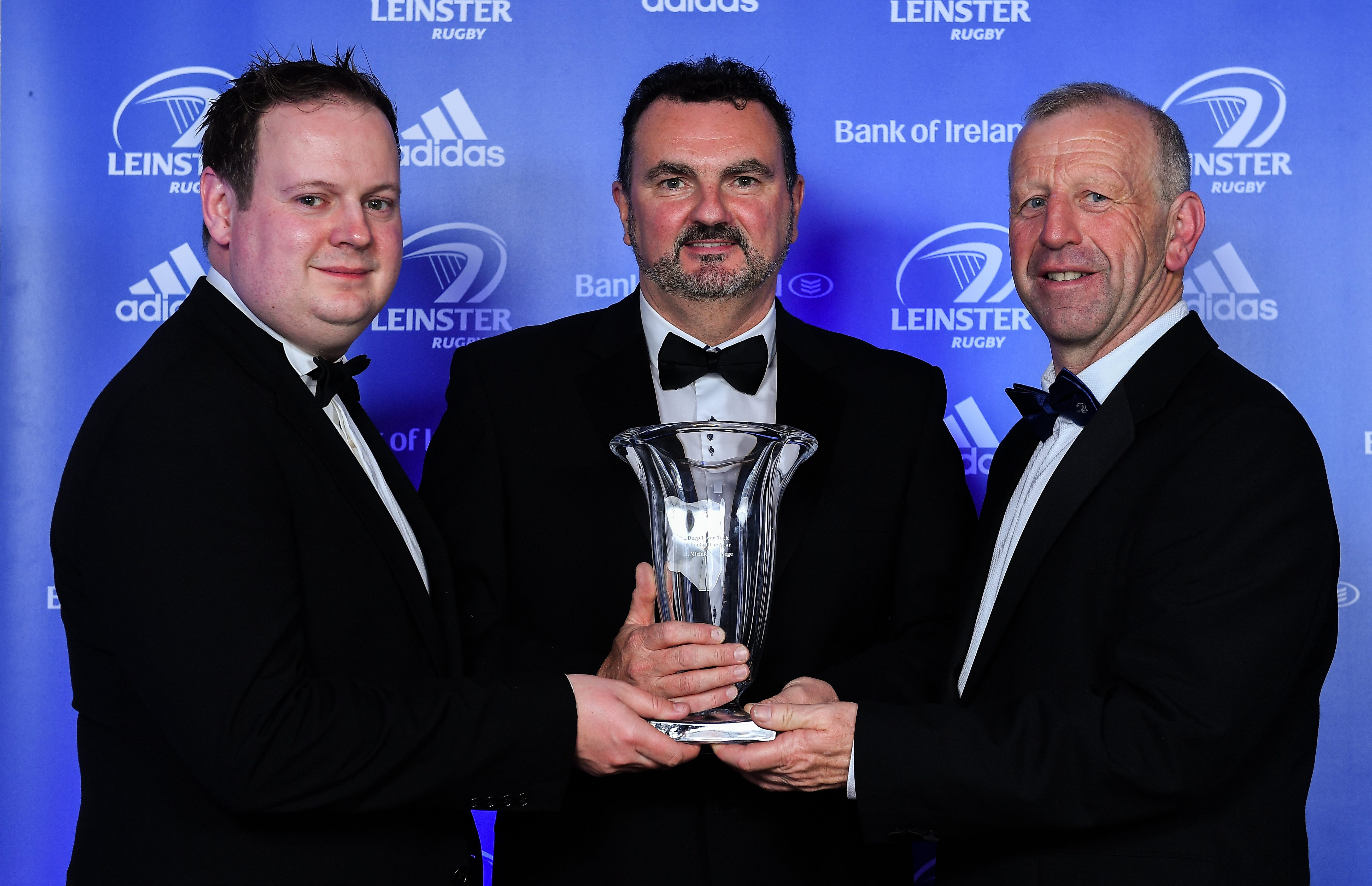 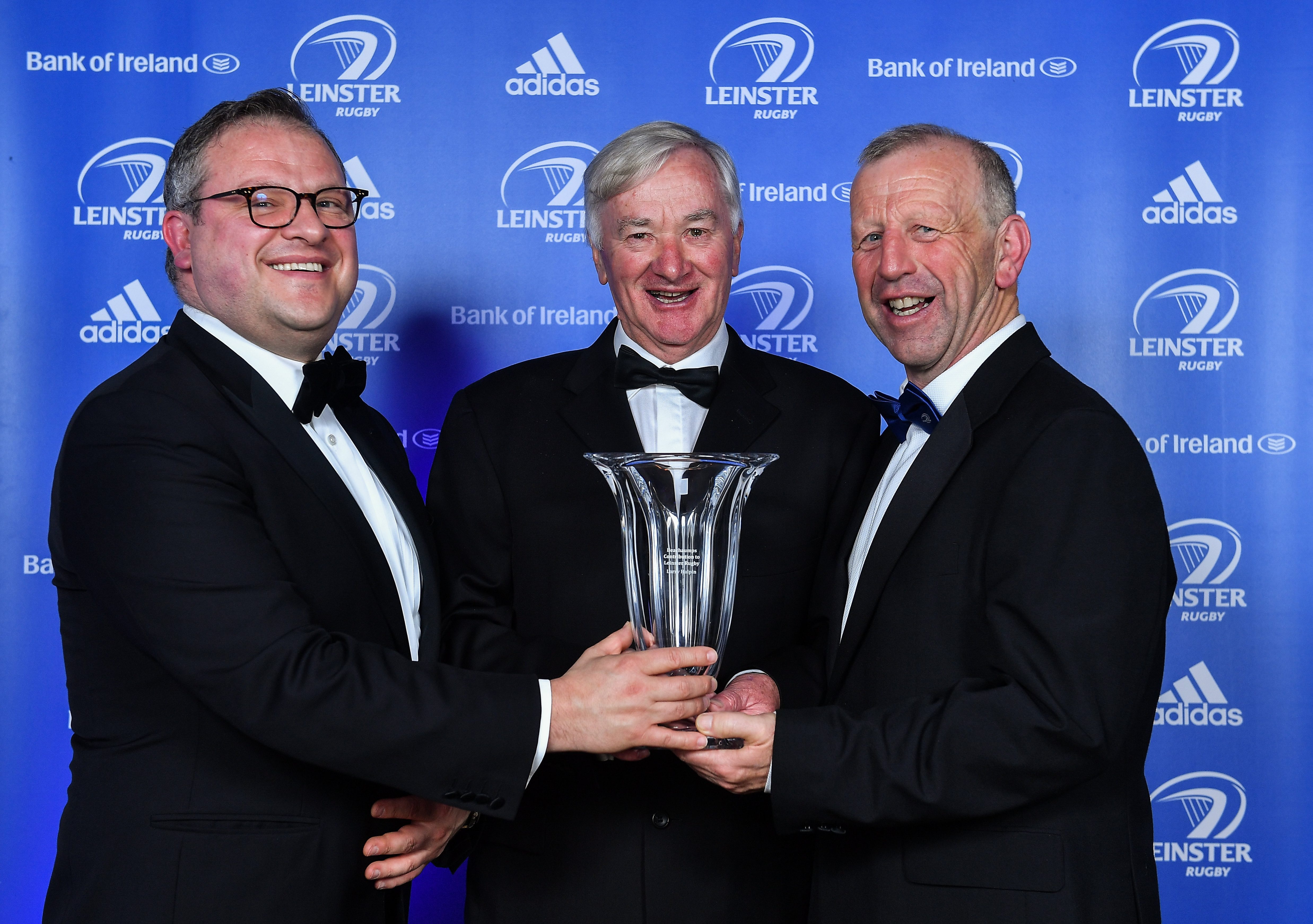 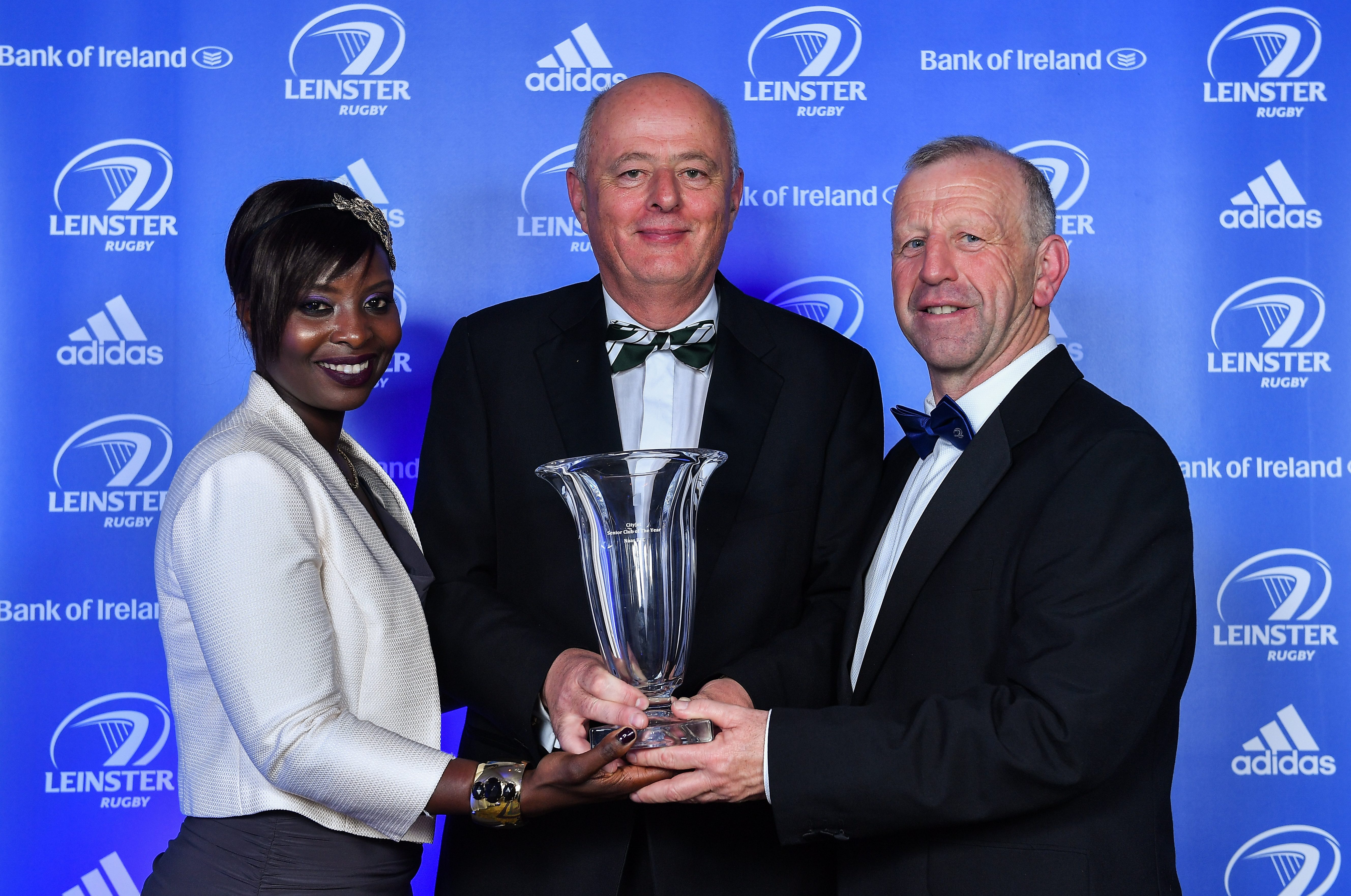 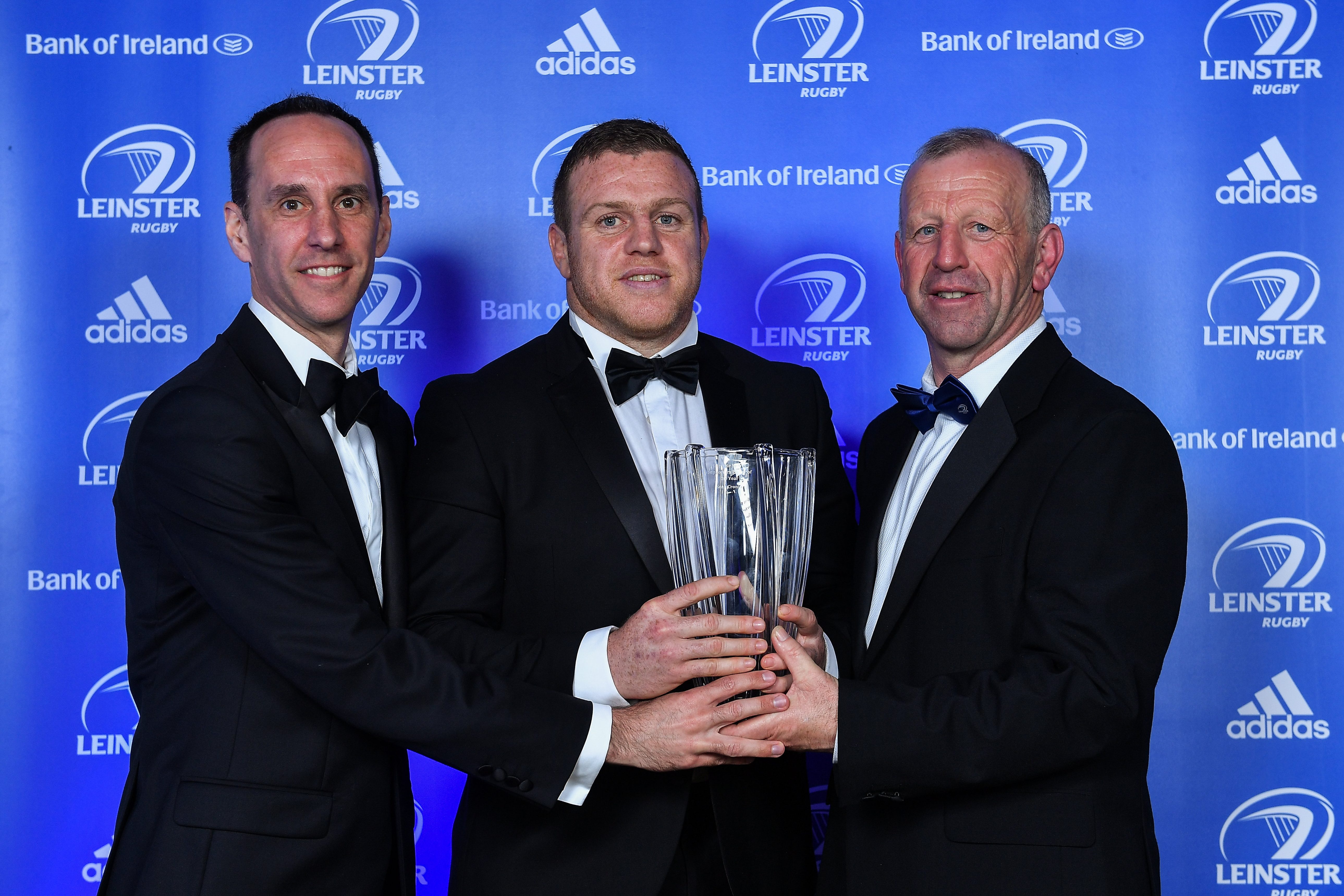 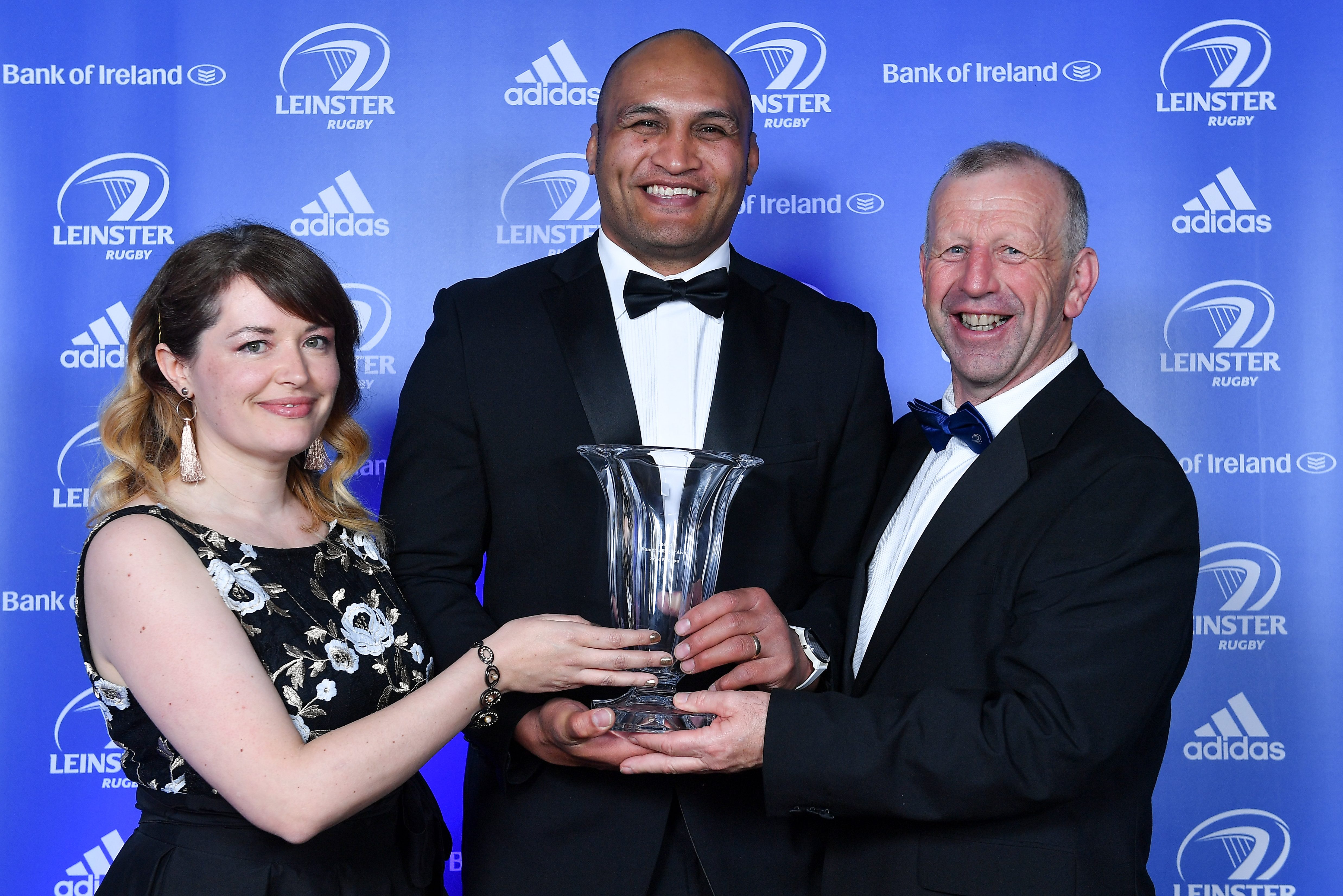 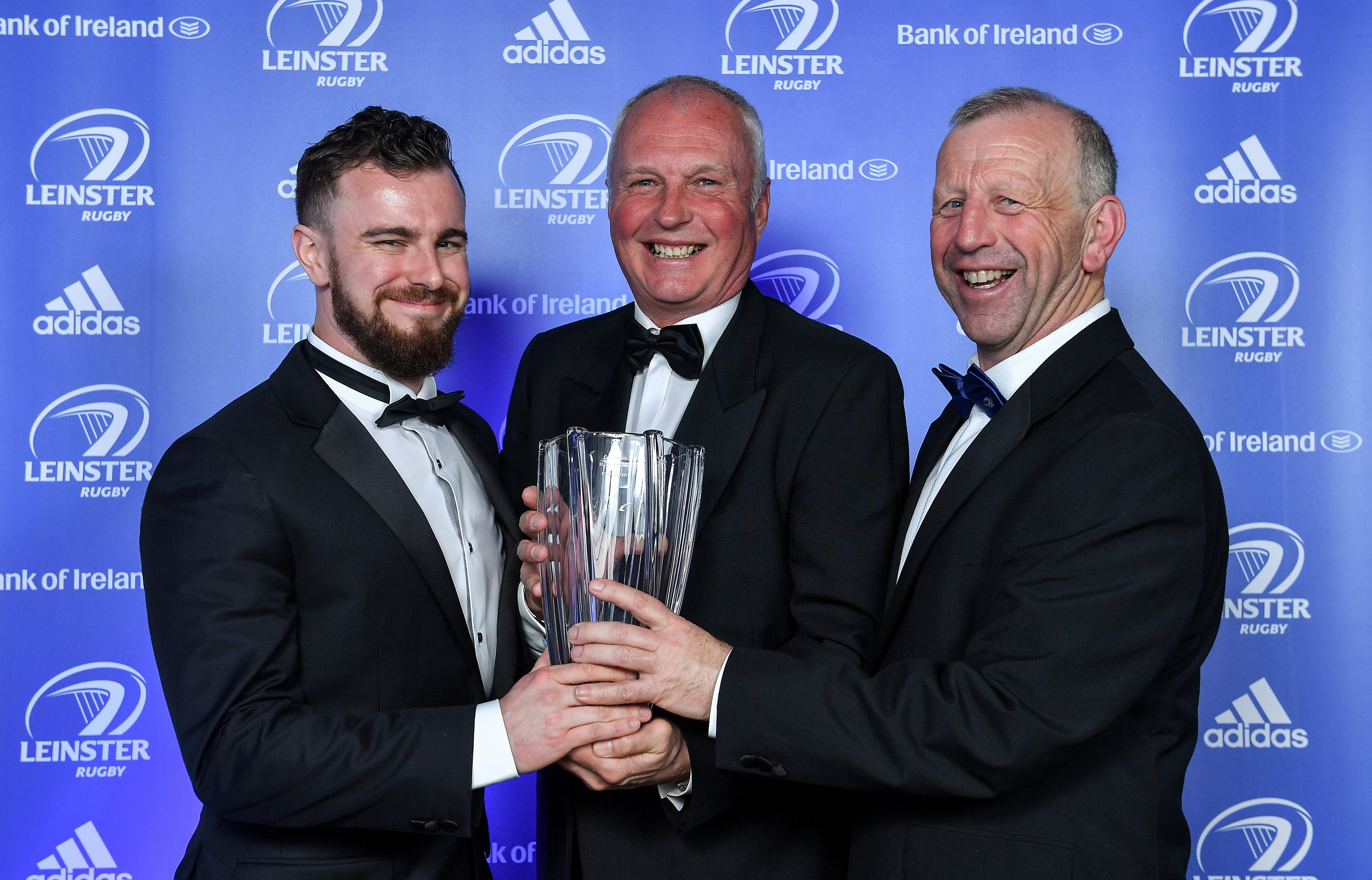 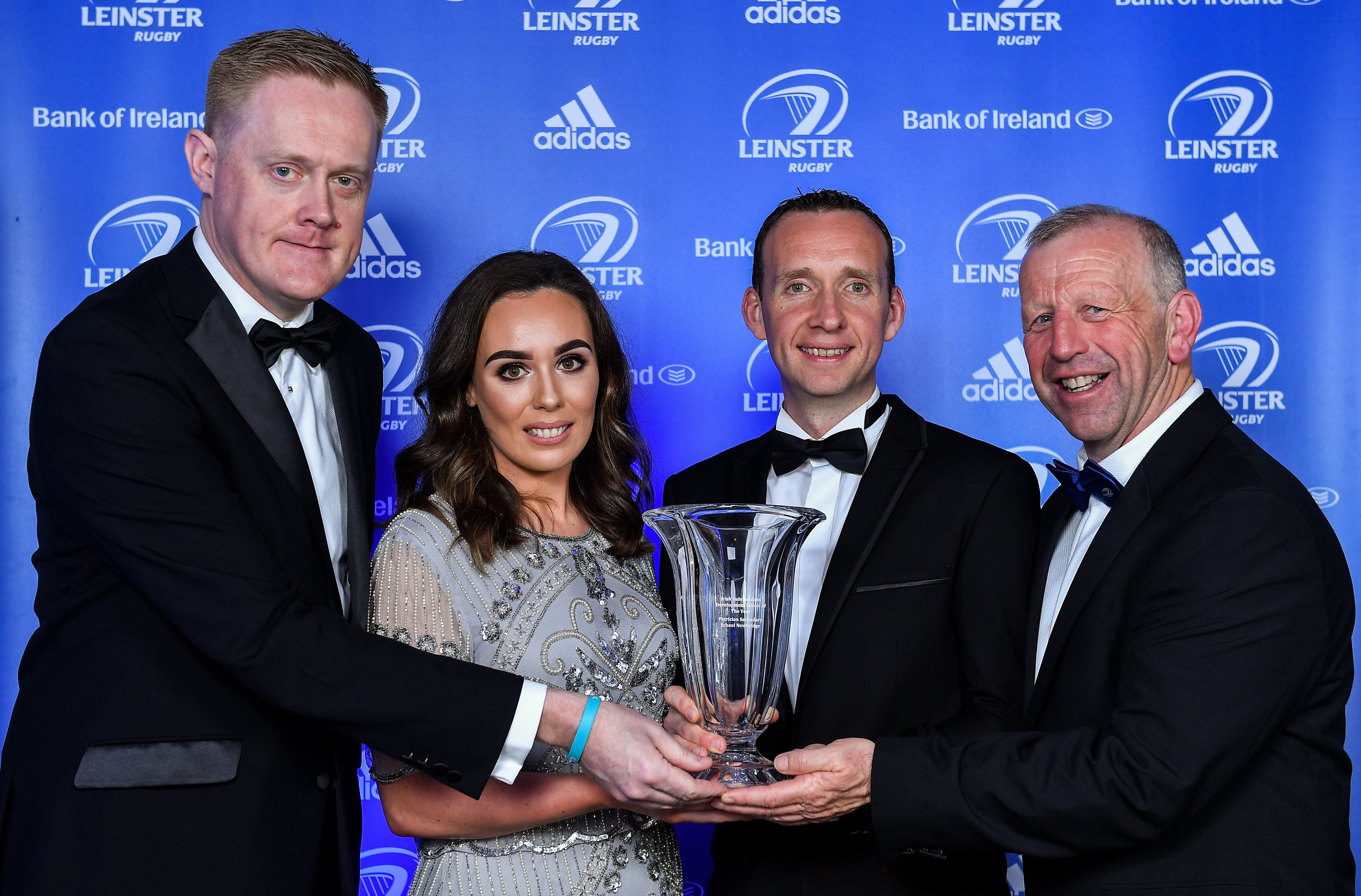 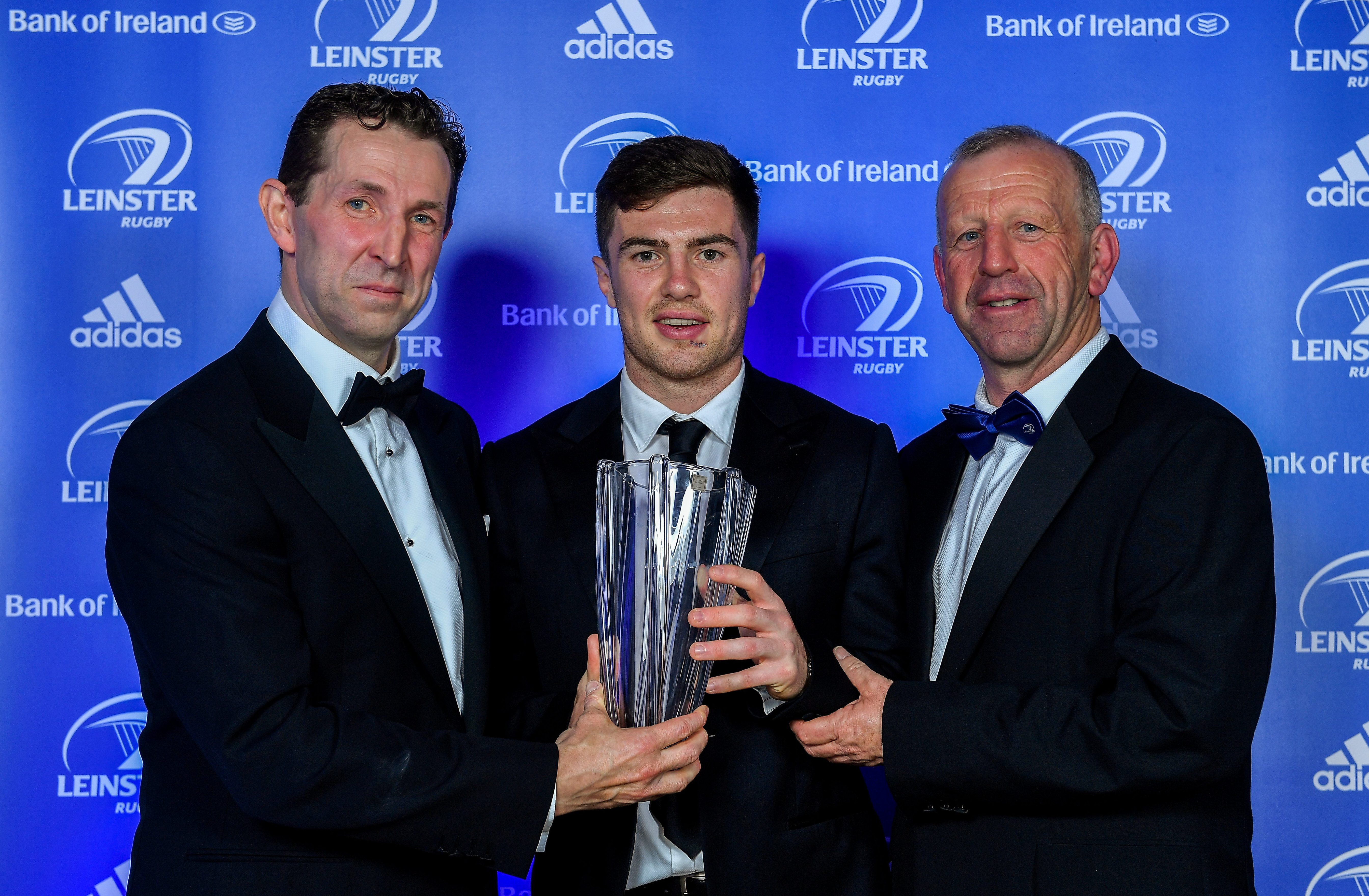 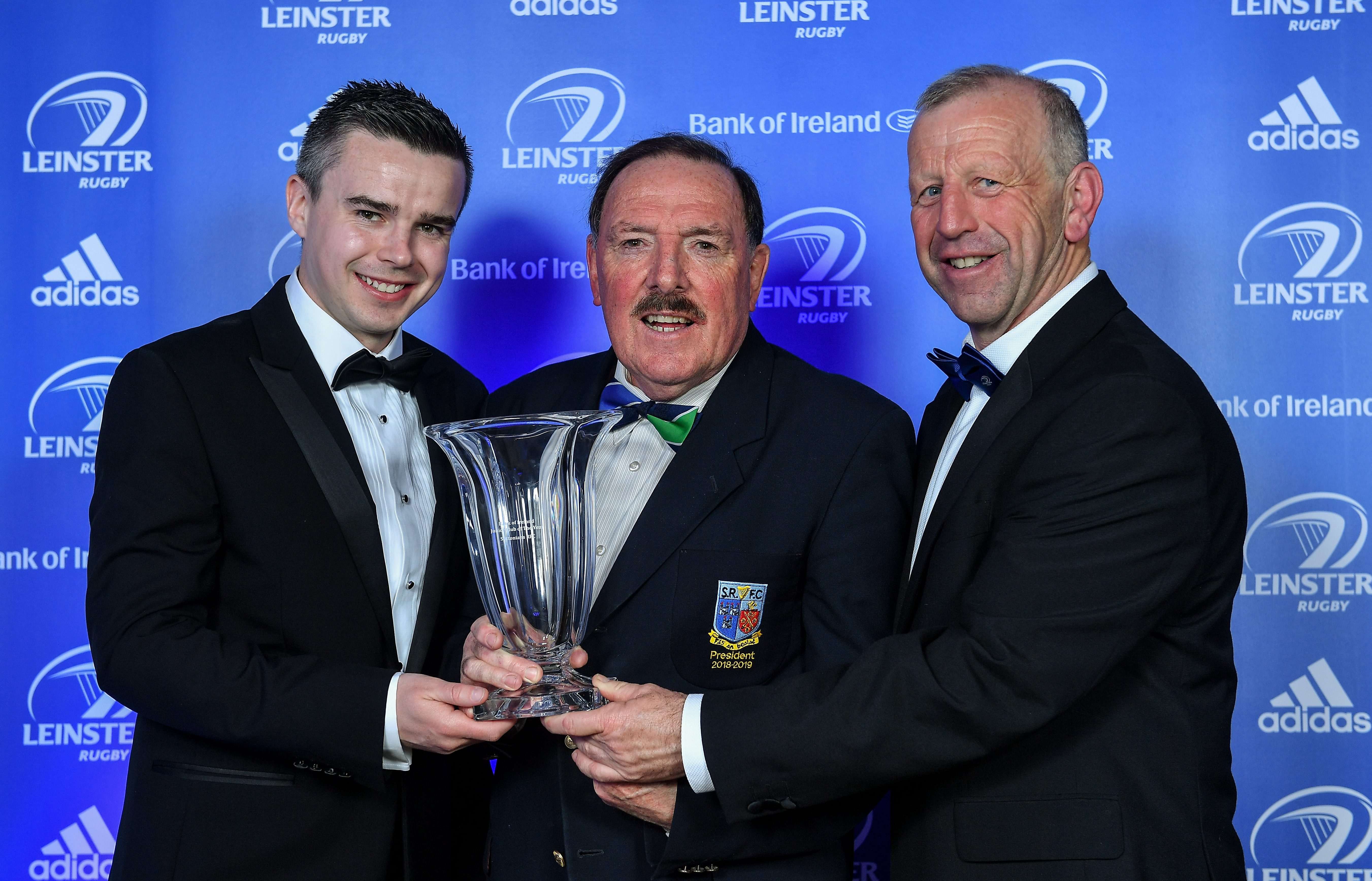 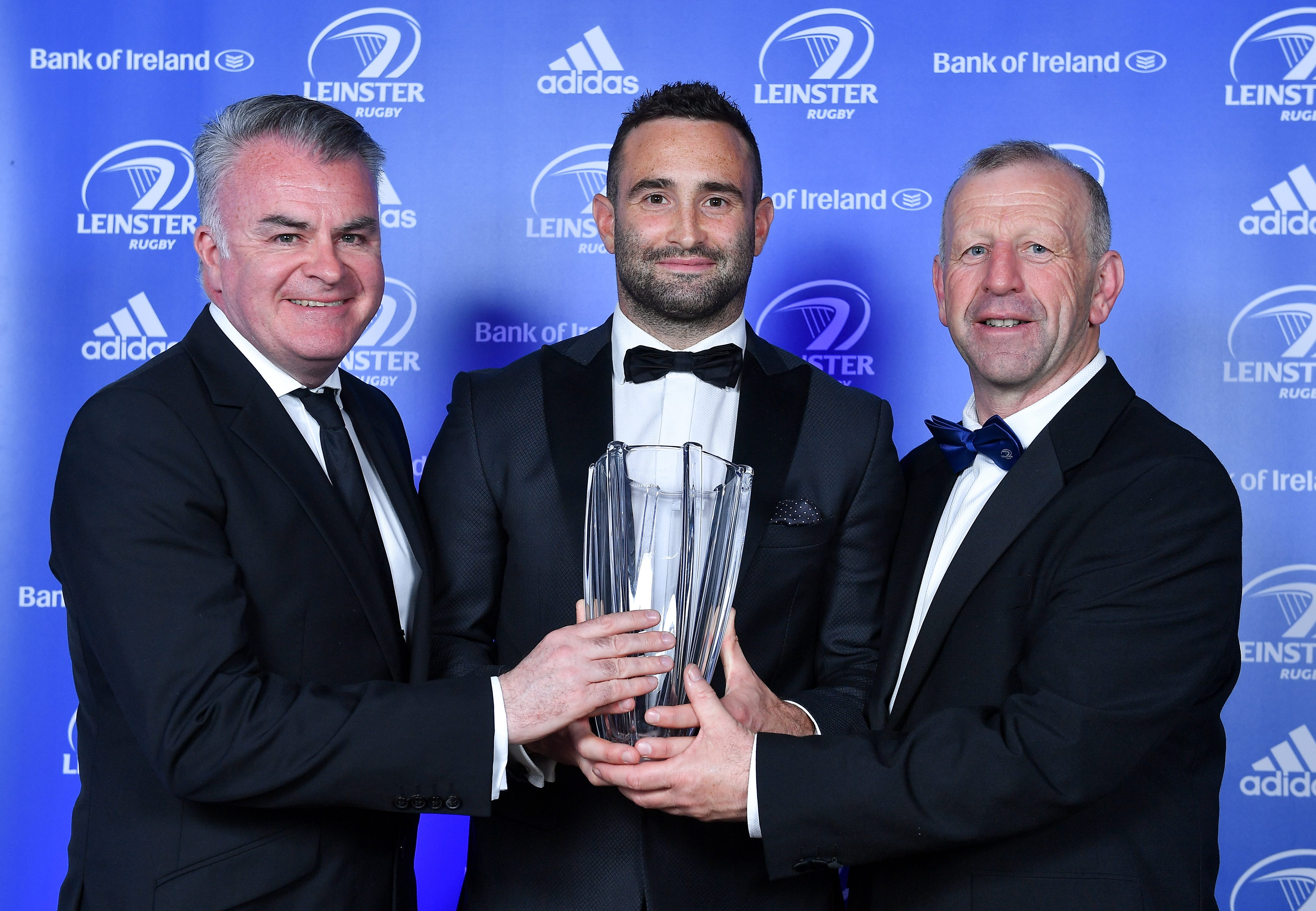 11. IRISH INDEPENDENT TRY OF THE YEAR
Presented by: David Courtney, Group Head of Sport, Independent News and Media
Winner: – Dave Kearney (try vs. Toulouse in the RDS in Rd. 5 of the Heineken Champions Cup) 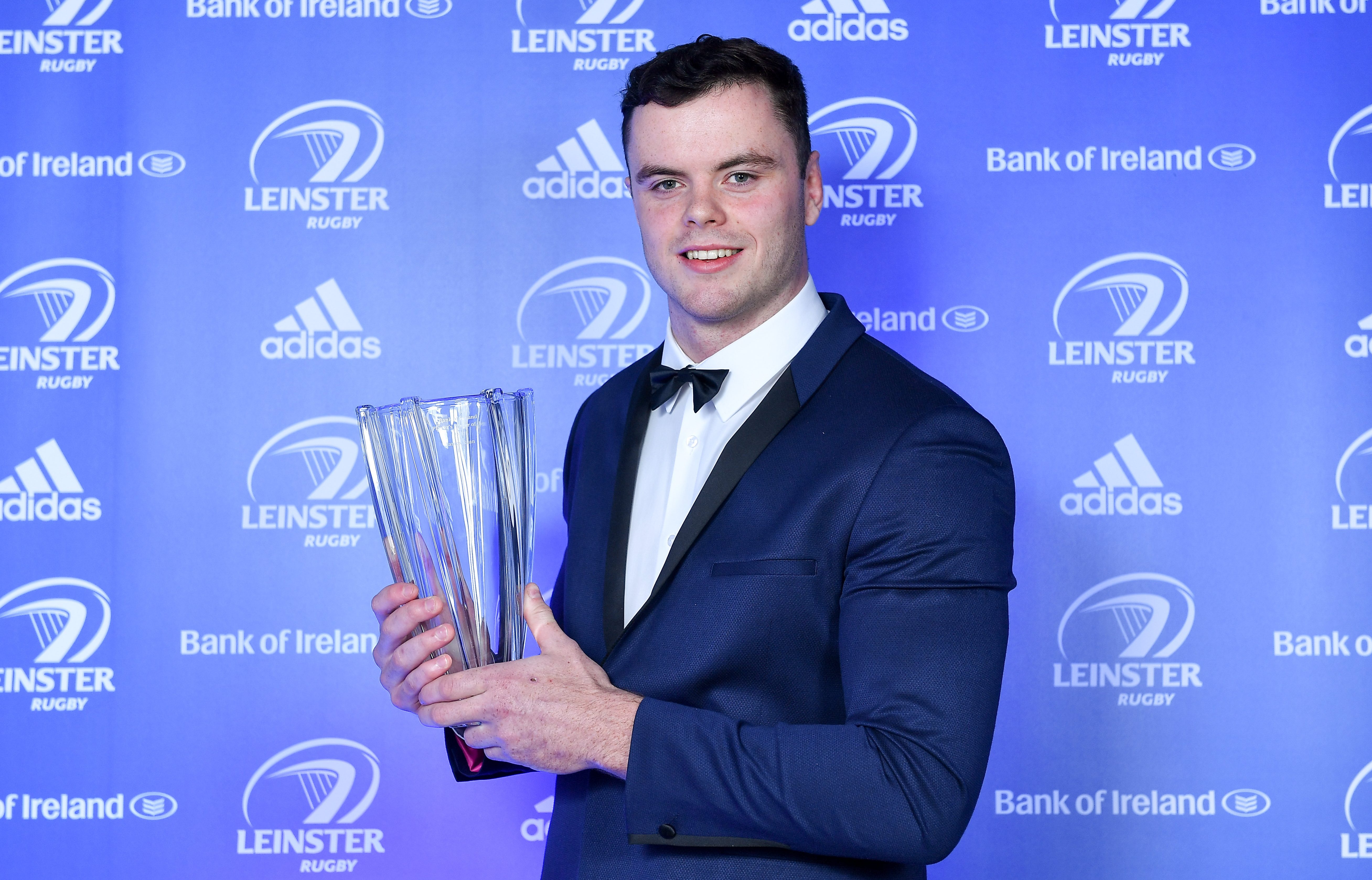