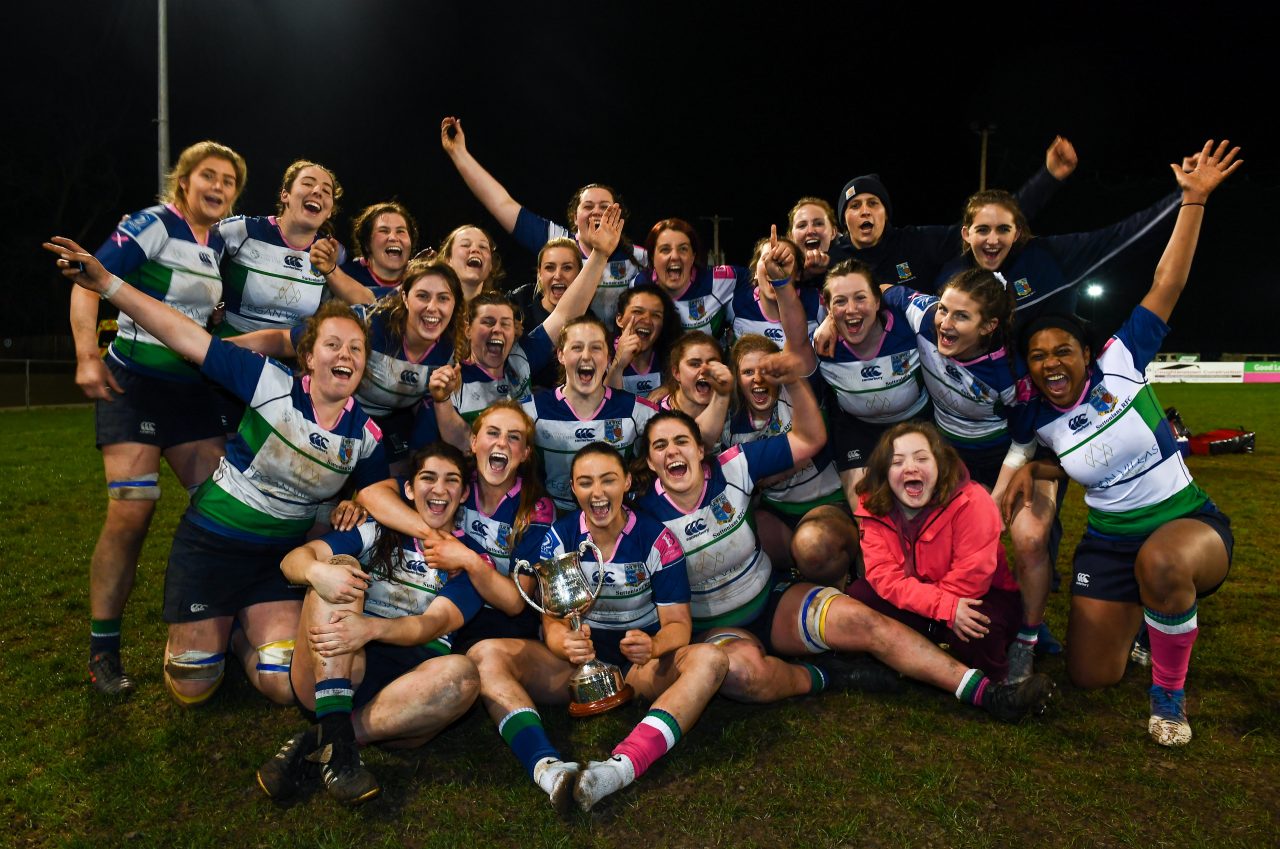 Three years ago, Suttonians were not in a good place.

The club had been relegated from the All-Ireland League at the end of the 2013-14 season. It was getting used to losing players and not winning them back. Something had to be done.

“We were five minutes from being relegated into Division 2A of the Leinster Junior League a year after dropping into 1B,” says assistant coach Bru Amerlynck.

“The writing was on the wall at that stage. We didn’t have an Under-20s side at the club for a few years. We were losing players at the adult end because we didn’t have a natural feeder system.

“Traditionally, a lot of boys from the Sutton-Howth penninsula would play Youths, go to Belvedere and might or might not return after school.

“More recently, we hadn’t been getting them back because we are not playing at the AIL level,” he added.

“We were playing Sunday rugby which wasn’t appealing for the social set-up. We needed to do something to get back to playing on a Saturday because that’s when the Leinster League 1A matches are played.

“Also, the perception was there that 1B was low-level rugby and the players coming off of the Schools Senior Cup were looking towards the AIL. We decided to do something about it to turn things around.”

The optimists at the club had had enough and a five-year plan was put in place. Halfway through the process, they are far healthier and far happier about the prospect of exciting times ahead.

“Our main aim was to re-establish the club, making it a focal point in the community as a place where people wanted to come and play because they have heard of the good experience of others.

“The next part of the plan is to keep players here when they come here. There is always a struggle with a fall-off in players.

“We met the target to get back to Saturday rugby last year with promotion from 1B. We don’t want to stop there.

“Our aim is to be the best Junior club in the province within five years.”

As with any plan, the right people had to be put in place to make it viable. Fate would take a hand when ex-Suttonians, Clontarf and Belvedere College flanker Peter Synnott decided to return to Dublin from his professional experience playing for Esher RFC and London Irish in England.

“Peter has been a huge part of what is happening. Luckily, he was on his way home from England when we were looking for a new coach and agreed to become our player-coach. This is his third year. He has been brilliant, not just in Suttonians where I am his assistant, but in St Fintan’s (High School) where he is my assistant.”

Since then, former Leinster Academy hooker Tom Sexton has joined Synnott back home and the bait has been taken by others, like Belvedere’s Conor Jennings, Tom de Jongh, Dan McCaffrey, Dave Mongan and St Fintan’s James McCourt, Simon Feeney, Conor Byrne and Nathan Henderson, who might otherwise have gone elsewhere.

“When Tom came back from Australia, finished playing professional rugby, to be a trainee solicitor, he agreed to come back and play,” said Amerlynck.

“Peter and Tom were good mates from school and they brought back a strong Belvo influence to the club and the experience from playing professionally.

“Peter is a progressive coach. He makes the sessions enjoyable and that is a big thing for the players. We have 45-50 players down at training on a Tuesday night. He wants to play fast, expansive rugby, enjoyable to play, enjoyable to watch.

“It is a community-based team. Of the 52 players that have played first and seconds this year only six weren’t involved in the minis youths structure. It is local lads.”

“They’ve had back-to-back promotions to get into the AIL and they have also qualified for the All-Ireland Cup semi-final in successive seasons which is really significant for them.

“There is a seconds women’s team as well as Under-14 and Under-16 starlets teams for the girls. There is amazing work being done there with Rob Forbes driving it.

“The women play on Saturday too, so there is a real buzz about the social side of the club in the evening. It is a good place to be on and off the pitch.”

At this point in the plan, the club is on course to achieve all of its’ aims.

“The plan is working. We just have to stay on track, keep going, keep hold of the young players, boys and girls, as best we can. The hope is that if or when players leave us they will come back at some stage.”

There is a balancing act to be struck between making Suttonians competitive on the field and an enjoyable place to be off it.

Many things have changed since Amerlynck arrived at the club as an eight-year-old, while others have remained unaltered.

“The changing rooms feel as if they are still the same,” he smiled.

“The mini-youths are still there on the Sunday. I was coached by Jim Briscoe and Johnny Hughes and I still see Jim on the gates on game day taking money as the supporters come in.”

Nearly 30 years on, the same people are still there contributing to the club in one way or another.