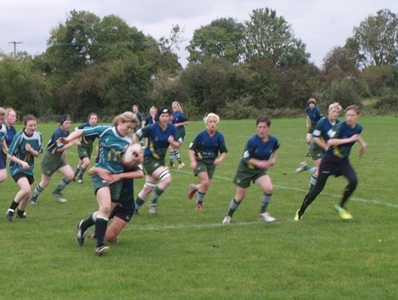 The team was buoyed by a very successful blitz performance two weeks ago when they registered wins against Greystones and Clontarf. Ivan McFadden, one of their coaches, was delighted with how well his charges had played. ‘It was a pleasure to not only see them play well but also to play such an expansive game’ he said afterwards.

The ladies carried this form into their inaugural league match against Greystones and were on top when the match had to be halted early as one of the Greystones players suffered a nasty leg injury. The score was tied at the time and the Balbriggan ladies were delighted with their share of the spoils and confident they have a solid platform on which to build. Final score 5 all.