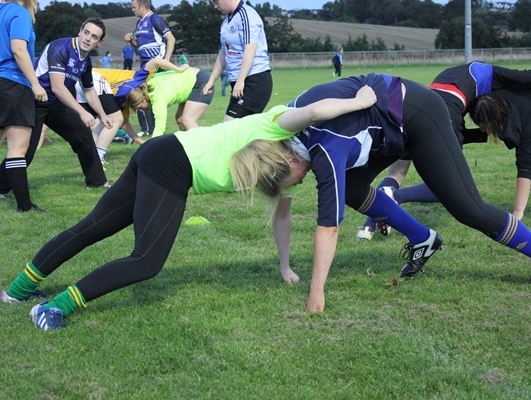 This is an exciting opportunity to lead the development of a new women’s team. There are already more than twenty registered adult players in the squad and interest is growing all the time. The Women’s team will play in the Leinster Development Division in the 2014-2015 season.

A recognised Leinster/IRFU qualification would be desirable, but if not available, the club would support the coach doing the relevant Leinster coaching course.

Interested applicants should send their CV and application to Leigh O’Toole, Manager Women’s Rugby, lotoole89@gmail.com and to Ivan McFadden at Ivan.McFadden@microstrain.ie

The Women’s Team train on Tuesday and Thursday evenings.

New players wishing to join the women’s or the men’s adult teams are more than welcome and you either check our Facebook or Website for details or email lotoole89@gmail.com  for more information.