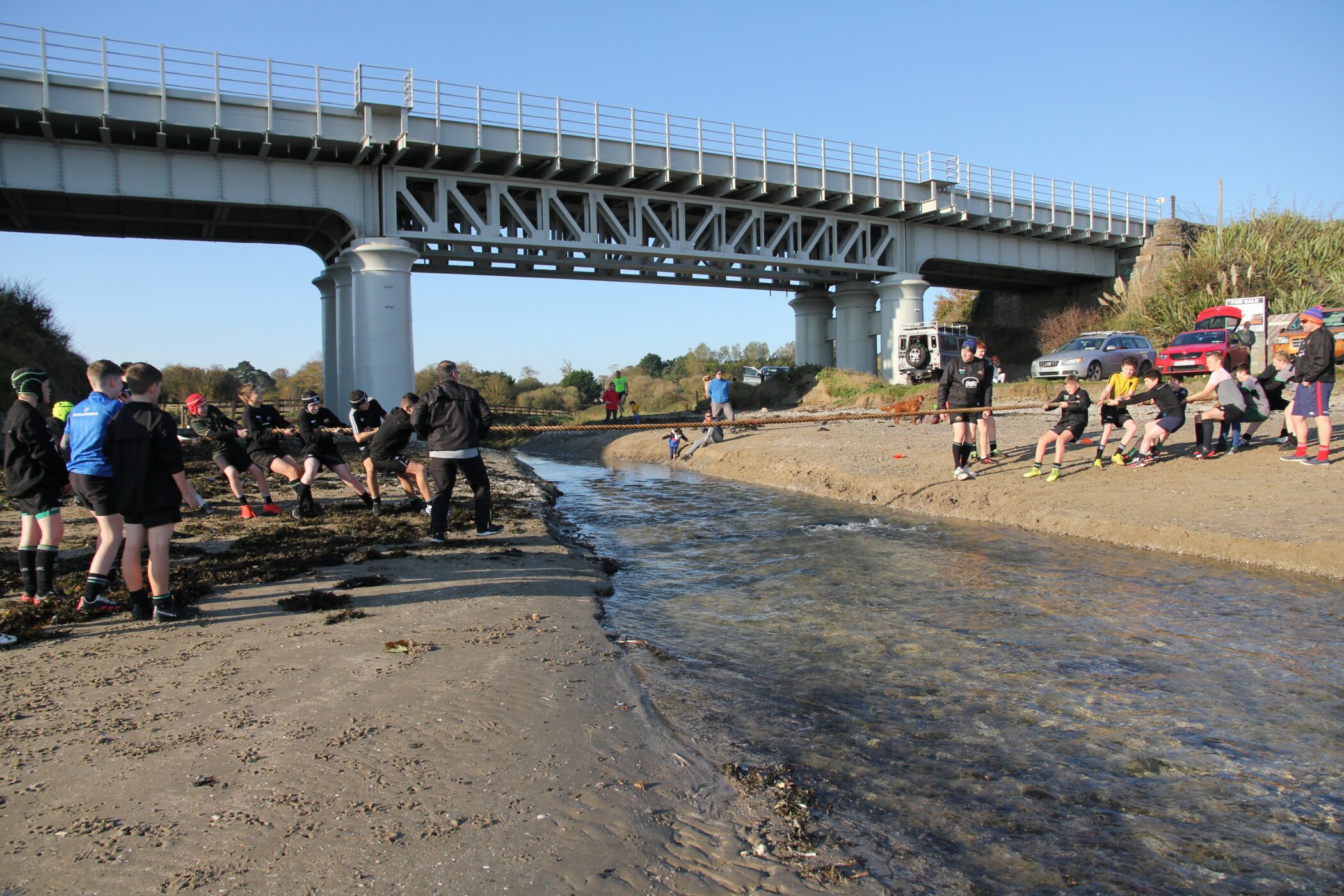 Covid-19 restrictions have meant that Balbriggan RFC’s youths teams have been unable to train together, with some players based in Co Meath, whilst the remaining players are in Co Dublin.

The U-14 boys team have been particularly hard-hit by these restrictions, with 11 of their players residing across the river Delvin in Co Meath.

Balbriggan RFC came up with a novel way of bringing this team together when Co Meath and Co Dublin based players trained side by side across the Delvin river. 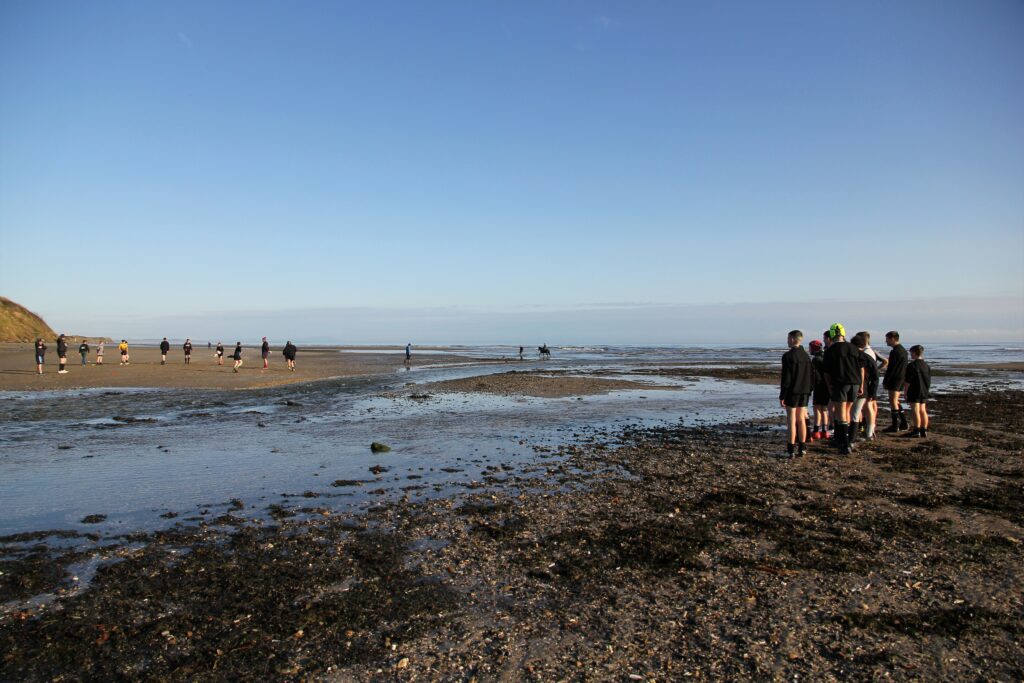 The two groups came almost within touching distance as they managed to train side by side on Gormanston beach at the Delvin River.

The Delvin river forms the boundary between counties Meath and Dublin. When Balbriggan RFC (first established in 1925) was being reformed in the early 1950s, there was debate over the name for the club.

Many of the old stalwarts from the 1920s and 1930s wanted to revive the club as Balbriggan RFC. Others, led by the late great Des Scaife of Mosney, wanted to include a broader group encompassing East County Meath and North County Dublin.

The two groups settled on a compromise. Using the name of the river that divides the two counties but which came to unite the area in rugby as the name for the reformed club: Delvin RFC was born. 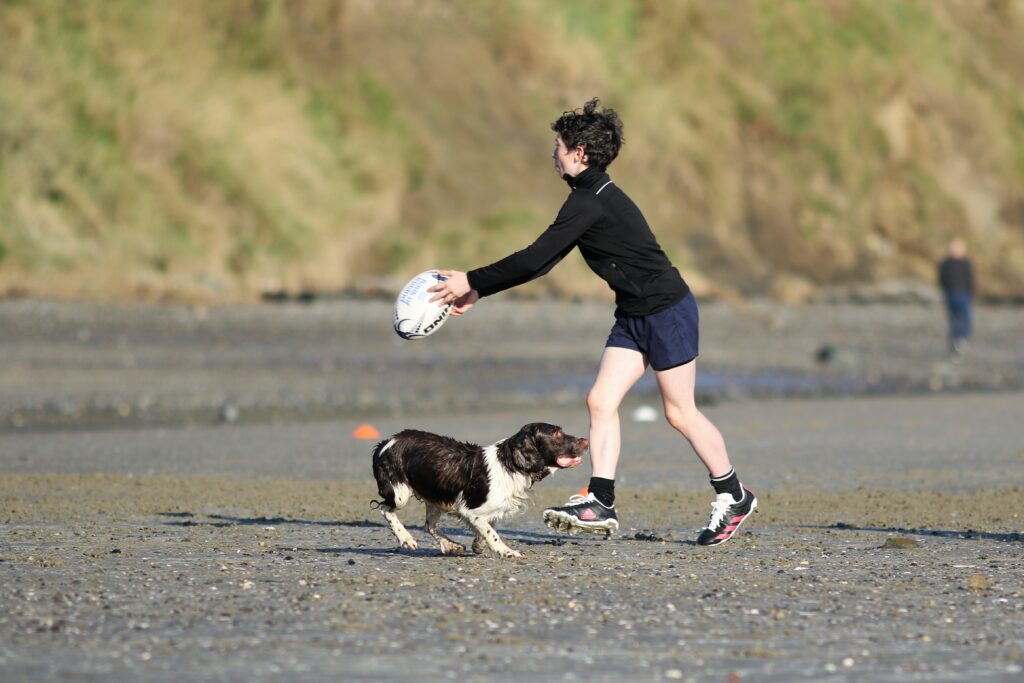 Balbriggan RFC re-emerged in the late 1960’s as one of the first youths based clubs in Ireland under Brendan Griffin and the late Tom Kettle. Over time, Delvin RFC slowly oriented towards Drogheda, eventually merging with that club to form Boyne RFC.

It is only fitting that during these difficult times, the river Delvin should be the focus of what brings us together as the U-14 boys met up across the river to enjoy some wonderful sport in the brilliant autumnal sunshine.