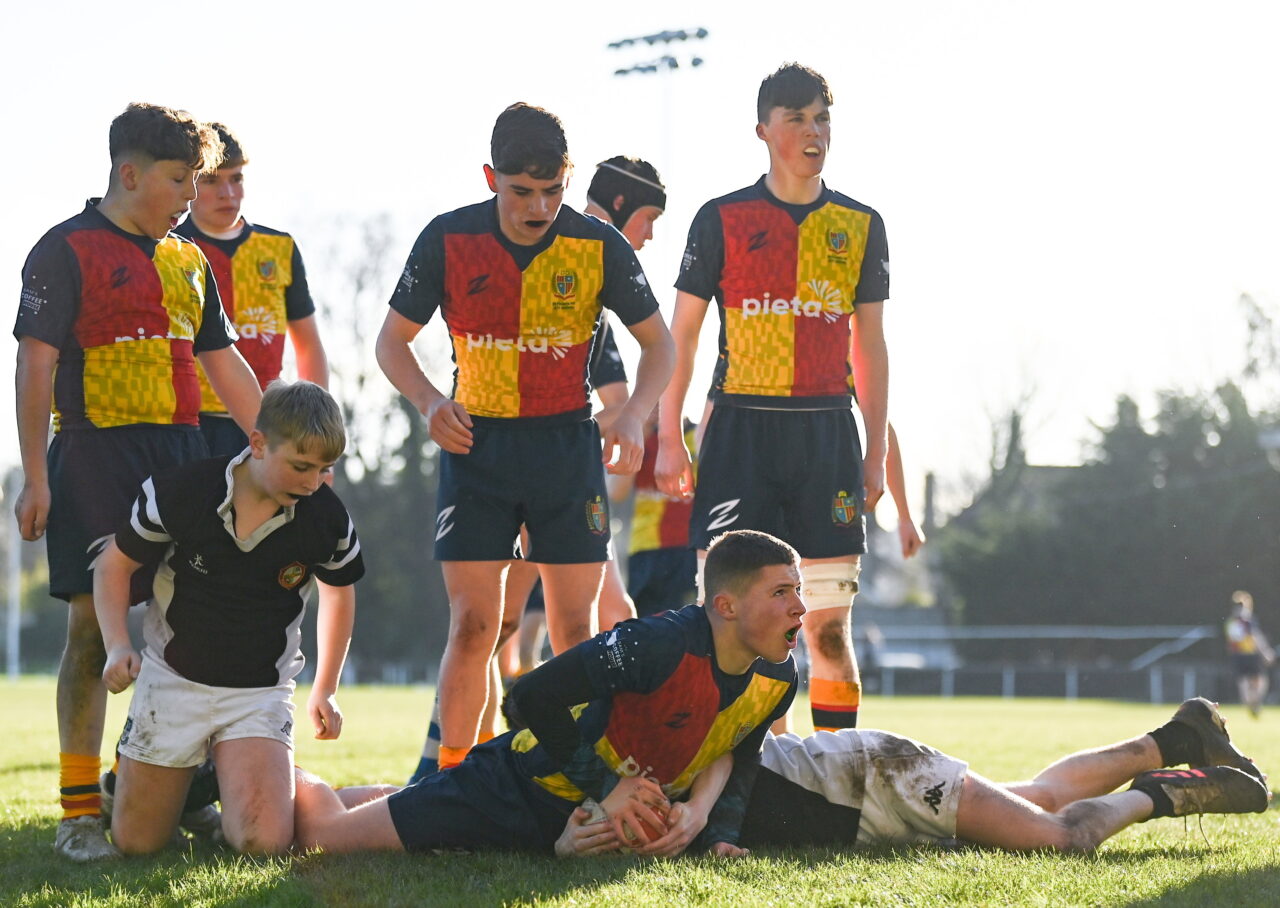 The Bank of Ireland Leinster Schools Father Godfrey Cup Quarter-Finals were back on the menu this week with one match played on Wednesday and three on Thursday.

Scrum-half Caelan O’Callaghan-Albiati and Corey O’Brien were outgunned three tries-to-two by Billy Birmingham (2) and James Donnelly as the Navan nursery took a 26-19 lead to the break. 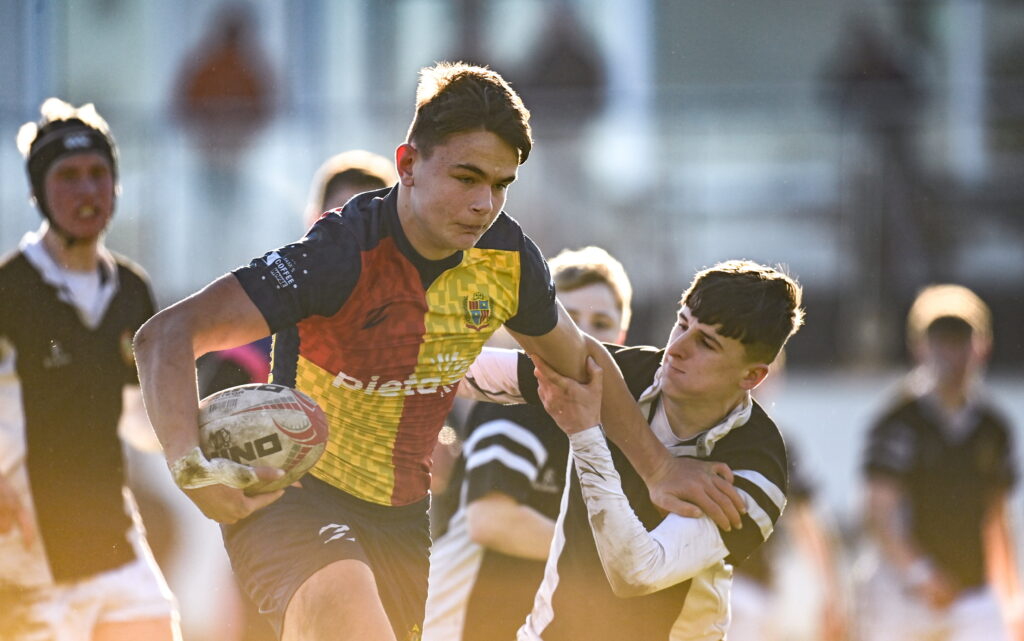 Temple Carrig made their move in the third quarter to punch in four unanswered tries from O’Brien, number eight Ben Griffiths, full-back Marco Romeral-Roe and lock Lucas O’Gorman to take a 36-31 lead in the 49th minute.

Far from done, St Pat’s conjured up a try by Aran Carey to reduce the difference before centre O’Brien slotted a penalty.

The two-score lead was crucial in the end as Jamie Keane’s last-minute unconverted try was not quite good enough.

CBS Naas 24 Tullow Community College 15
CBS Naas got in front and stayed there to make the final four at the expense of tenacious Tullow in a double-header at Energia Park on Thursday.

The Kildare boys didn’t waste any time, moving into a 14-point lead from tries by centre Matthew Costello and number eight Oisin Brien, both converted by centre Darragh Culligan.

Tullow weren’t about to accept their fate, rebounding for unconverted touchdowns from number eight Sennan Keating and full-back Aaron Dowling for 14-10 at the break.

Once again, Naas put the foot on the gas, out-half Cian McKevitt and wing Philip Brannigan recreating the 14-point gap.

Wilson’s captain Shane McGuigan was head and shoulders above on both sides of the ball. 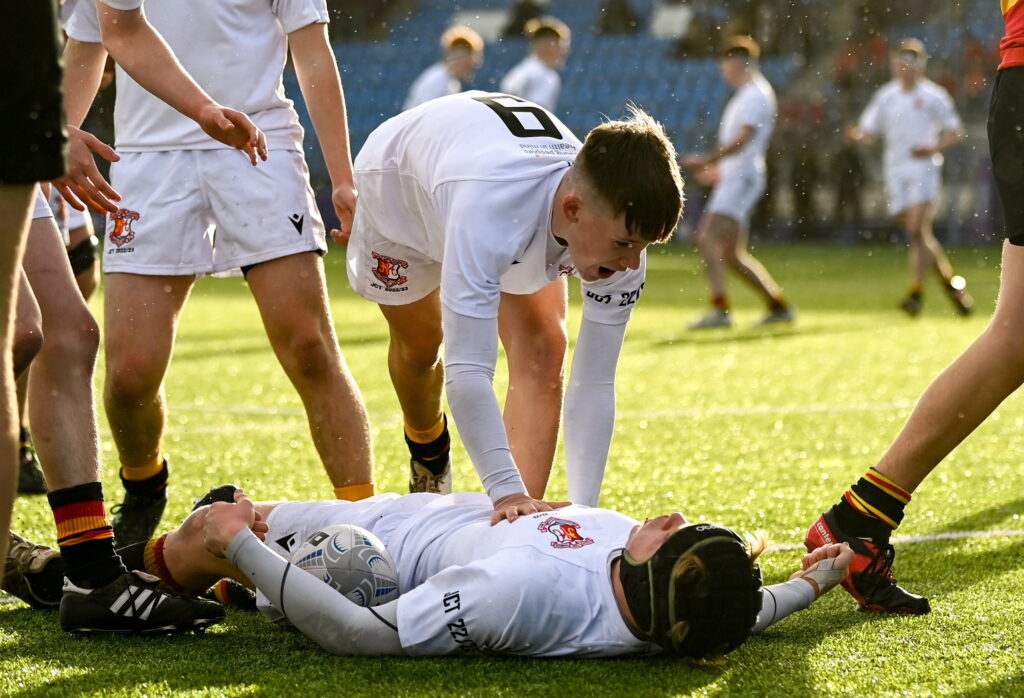 Fellow forwards Mark Glynn, at hooker, and flanker Lochlann O’Reilly fought the good fight, while centre Marc Davis had his moments too.

The Westmeath school made a stronger fist of it in the second-half, conceding just one more try to Wrafter.

It was all one-way traffic in the first period as prop Keith Boner, wing MacDonald (2) and number eight Michael Bolger (2) all claimed tries in building a 31-0 lead.

Ardscoil had enough about them to hit back quickly into the second-half through their best player Ronan Kelly.

MacDonald completed his three, Alex Gallagher chipped in with one and Ben Barnes the eighth try to go beside his six conversions.