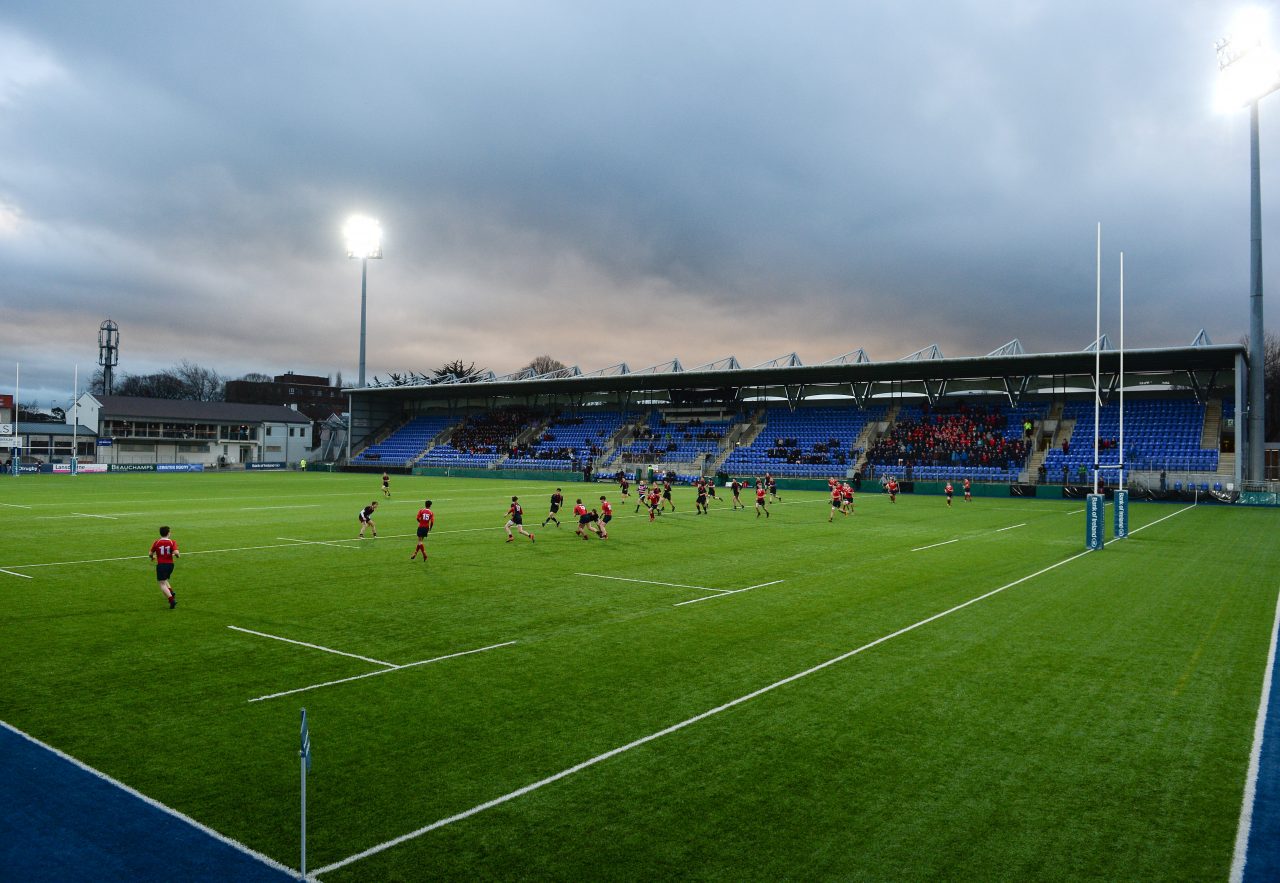 There were wins for CUS, Ardscoil na Trionoide, St Patrick’s Classical School and Wilson’s Hospital today in the First Round of the Bank of Ireland Fr Godfrey Cup.

After yesterday’s postponements due to Storm Brendan and the Orange Status weather warning in place, all teams were pleased to finally get their cup campaigns underway today.

CUS started well and took the lead when Matthew Clarke managed to sneak into the corner but it was quickly cancelled out by an excellent solo effort from Monkstown’s Ronan Mahon who converted it himself.

The Leeson Street students had their lead restored before the break when scrum half Charlie O’Byrne scored an opportunistic try.

Scores were few and far between after the break but CUS still did enough to hold off Monkstown’s attack.

A Charlie Meagher try sandwiched between two penalties from CUS’s Sean Byrne left it 18-14 going into the closing few minutes where CUS dug in their heels and clinched the win.

Carlow IT played host to the clash between Ardscoil na Trionoide and Gorey Community School where the Athy team came out on top.

A strong first half was the platform for their win as they stormed into a 21-0 lead thanks to tries from Harry Bradbury, Darragh Aston-Mulhall and Oisin Grufferty.

Gorey’s Colm Donnelly stopped that progress by getting his team on the scoreboard, his first of three throughout the hour.

However, Aston-Mulhall added another before the break to give Ardscoil a 28-5 interval lead.

They added to their tally in the second half through Jimmy Corcoran, James Walsh (2) and the boot of James Harris while a late brace from Donnelly completed his hat-trick for Gorey and Aidan O’Gara closed the gap to 48-20 before full-time.

In Mullingar, Wilson’s Hospital and The King’s Hospital renewed rivalries.

The Westmeath school looked determined throughout, holding their opponents scoreless on the way to a 25-0 win.

They held a 10-point advantage going in for half-time thanks to Jack Levingston and Sam Mills tries.

They extended that further in the second 30 minutes with Levingston again and Ross Ashmore (2) both dotting down.

The first half was played on the edge as both sides eked out minor opportunities but the scoreboard remained relatively untroubled.

At the break, St Pat’s held a slender 10-7 lead as Jack Owens and Oisin Heffernan crossed the whitewash. Josh Hanson responded with Fintan’s only try of the day which was converted by Luke Ingle.

In the second half, the Navan side exerted the dominance to better effect and ran in three tries without reply.

All of Peter McEntaggart, Alex Reynolds and Dara McHugh got their names on the scoresheet to give St Pat’s a 25-7 win and book their place in the Second Round.

Today’s fifth game, CBS Naas v Wesley College was postponed and has been refixed for 2.30pm tomorrow at Templeville Road.