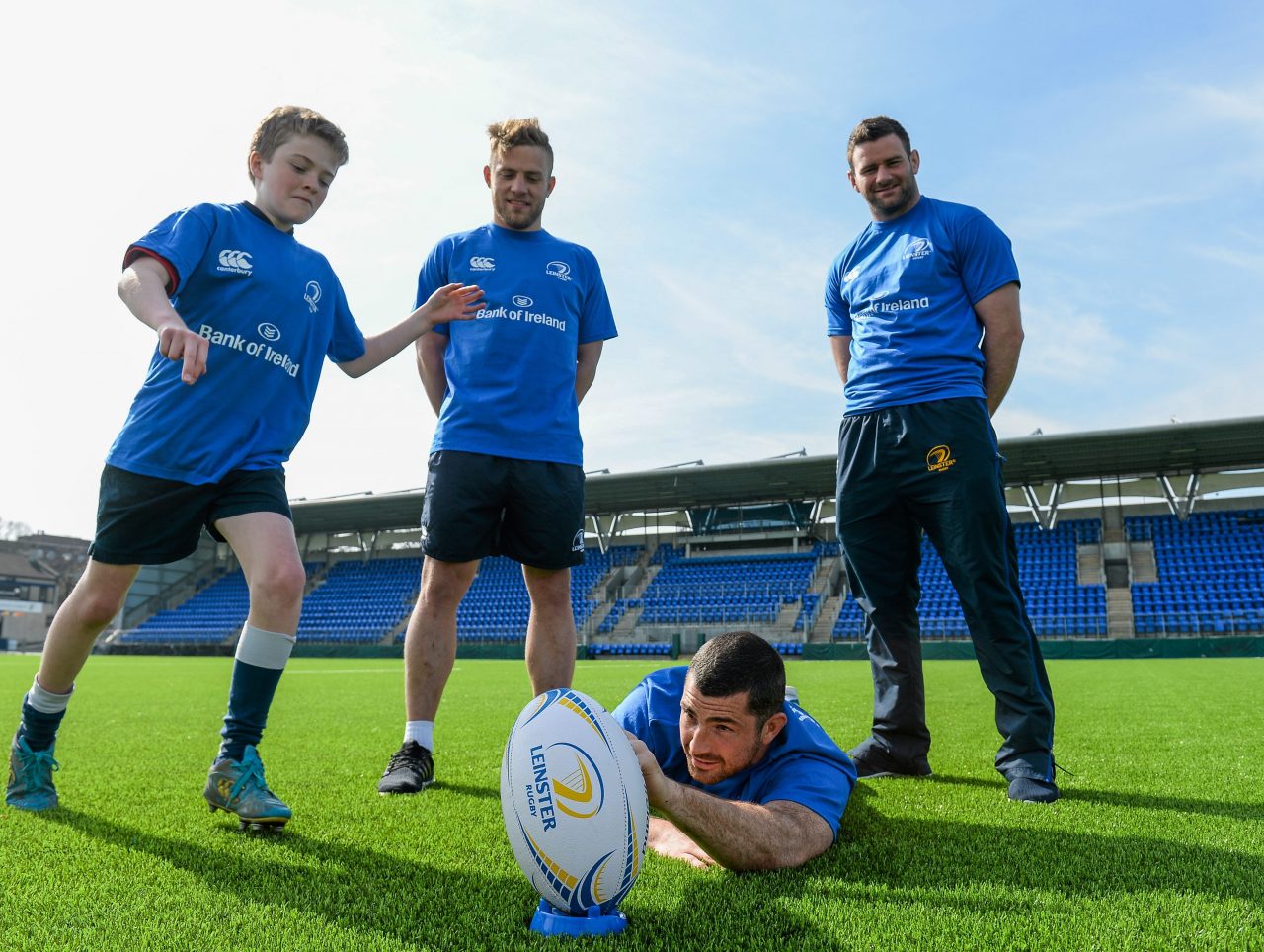 Three members of the Leinster Rugby team took time out from their busy training schedule to help launch the Bank of Ireland Leinster Rugby Summer Camps in Old Wesley Rugby Club in Dublin this morning. These camps, which will take place in locations all across the province, offer kids the chance to learn to play the Leinster way whilst having plenty of fun!

Rob Kearney, Fergus McFadden and Ian Madigan were joined at today’s launch by Catherine Court, Sophie Lynam, Sam Lynch and Christopher Bailey, who all hope to someday emulate their rugby heroes. The camps are open to boys and girls aged 6 to 12 and are run by fully accredited IRFU coaches. 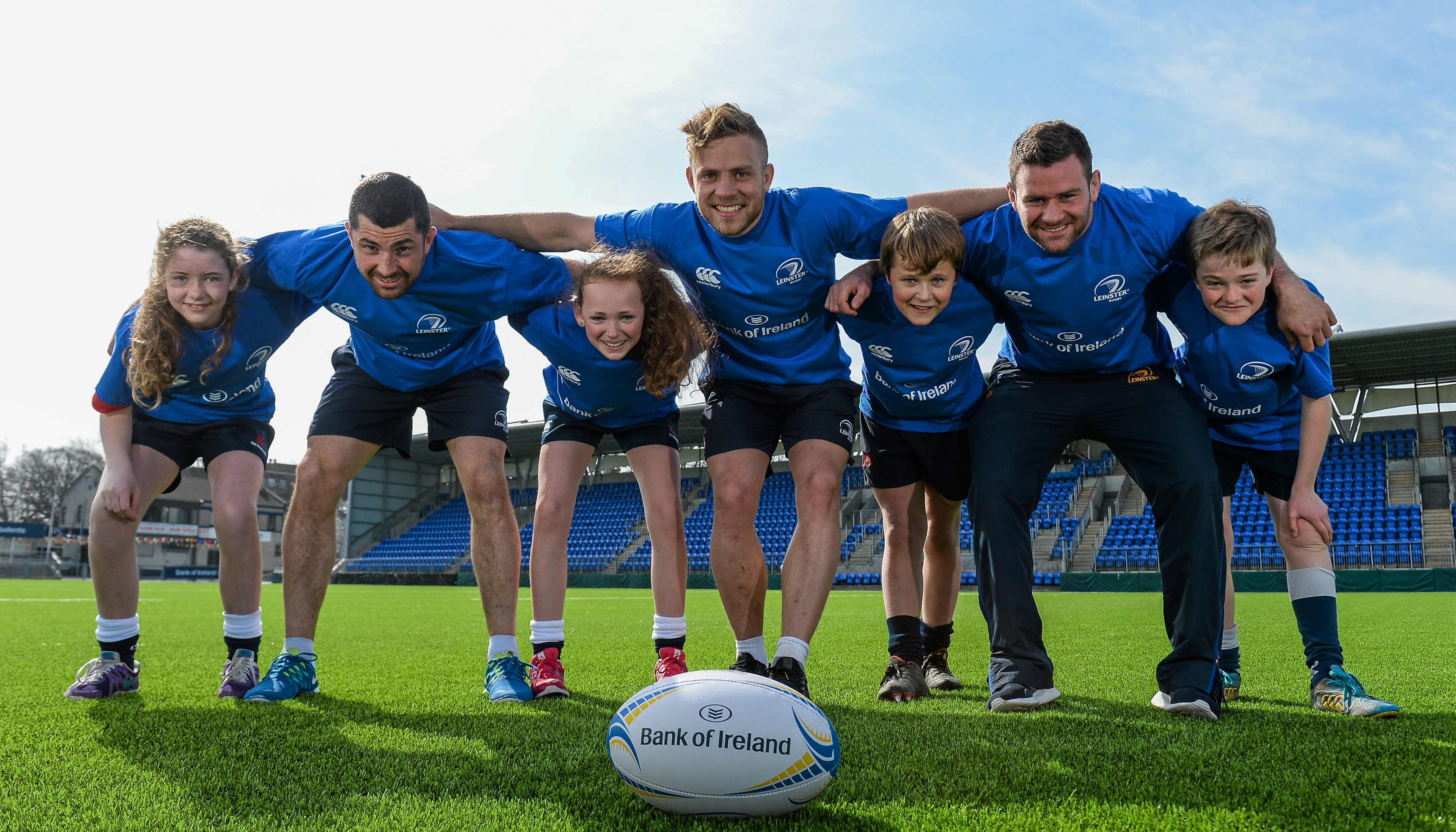 The camps will take place in 22 venues throughout the province in June, July and August with the first camps getting underway in Wexford Wanderers and Old Wesley in Donnybrook on Monday, June 29th. The camps run Monday to Friday from 9.30am to 1.30pm.

As well as learning new skills, meeting Leinster players, making new friends and having lots of fun, each child will receive a Canterbury of New Zealand pack including a t-shirt, a thrillseeker rugby ball and a draw string ball.  They will also get one free junior ticket to a selected Leinster game.

An early bird rate of €;75 is available for children who enrol before the 5th June. After this date, the cost of attending the camp will be €;90 per child. You can book a second camp for your child for just €;60. 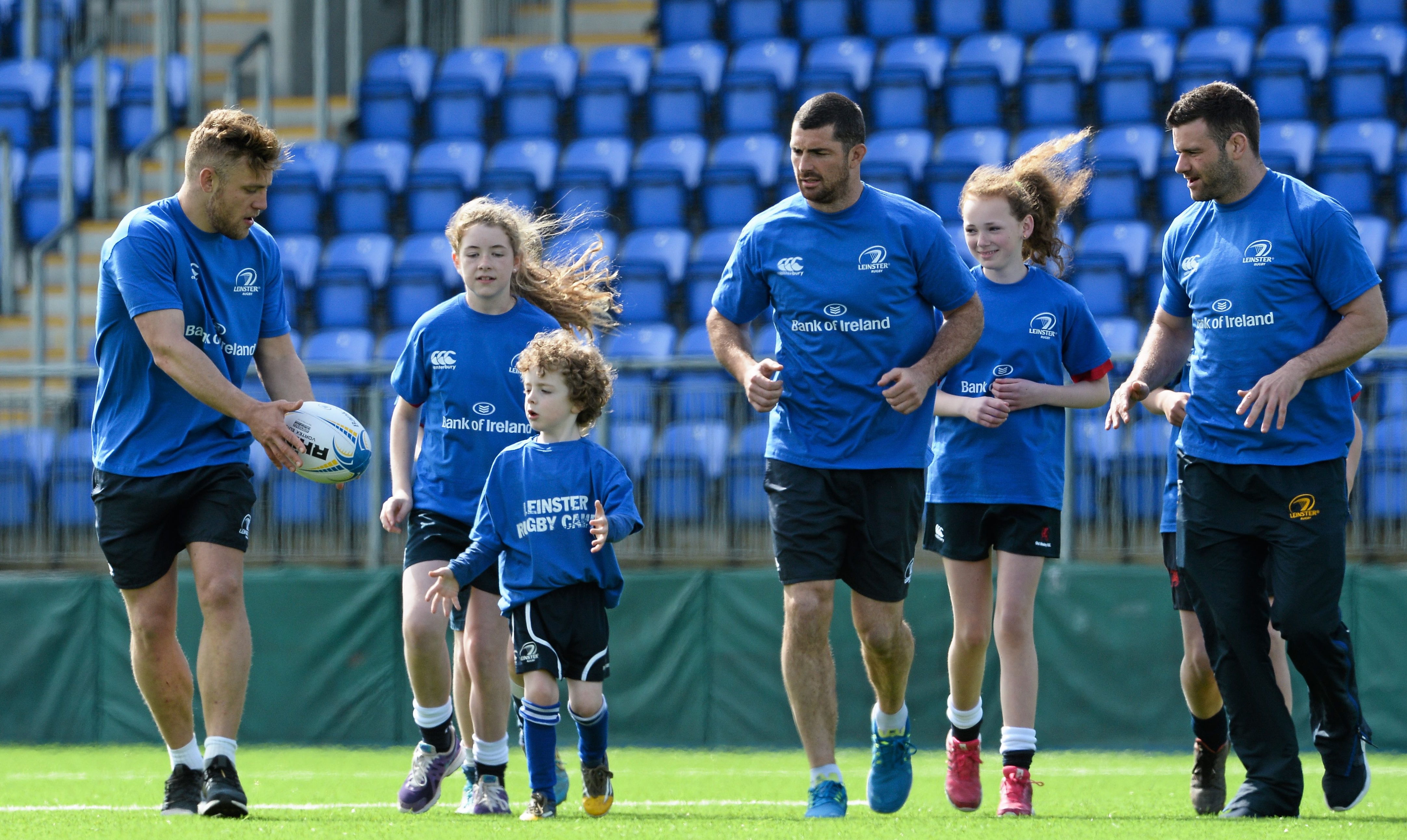 Speaking at today’s launch, Laura Lynch, Head of Youth at Bank of Ireland commented, “We are delighted to sponsor the Bank of Ireland Leinster Rugby Summer Camps. We’ve been supporting Leinster Rugby since 2007 and are particularly delighted to extend our involvement by providing additional support to develop the domestic game in the province. This is the first year that the Bank is sponsoring the camps which are an excellent way to help develop the game with children across the province.  The camps allow children to learn about the game, develop their skills and meet the Leinster players. We are proud to support Leinster Rugby and I am sure the camps will help Leinster Rugby discover future rugby stars”.

“The camps really are such great value as players get to meet their Leinster hero’s, free ticket to a Leinster home fixture and as well as that they received a Canterbury of New Zealand t-shirt, thrill seeker rugby ball and Leinster draw string bag. We’re really looking forward to providing an action packed fun filled summer in our camps in 22 venues across the province.” 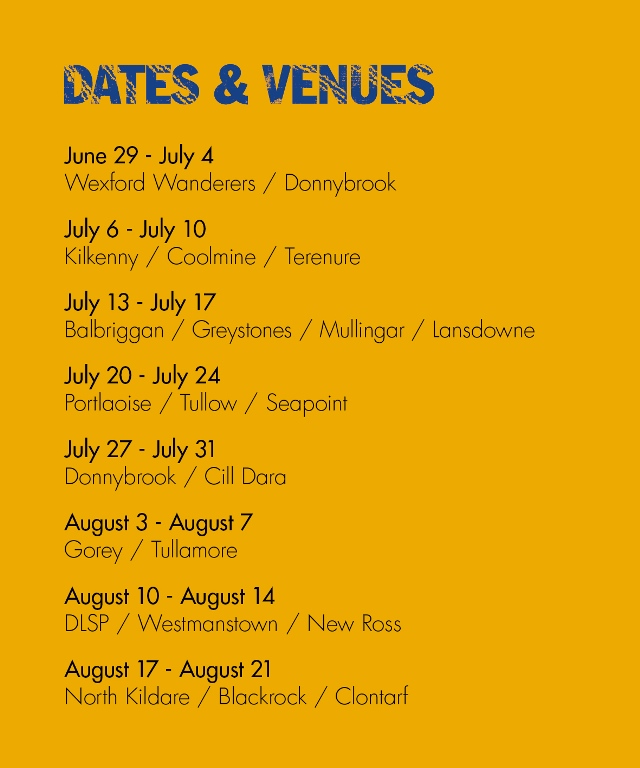