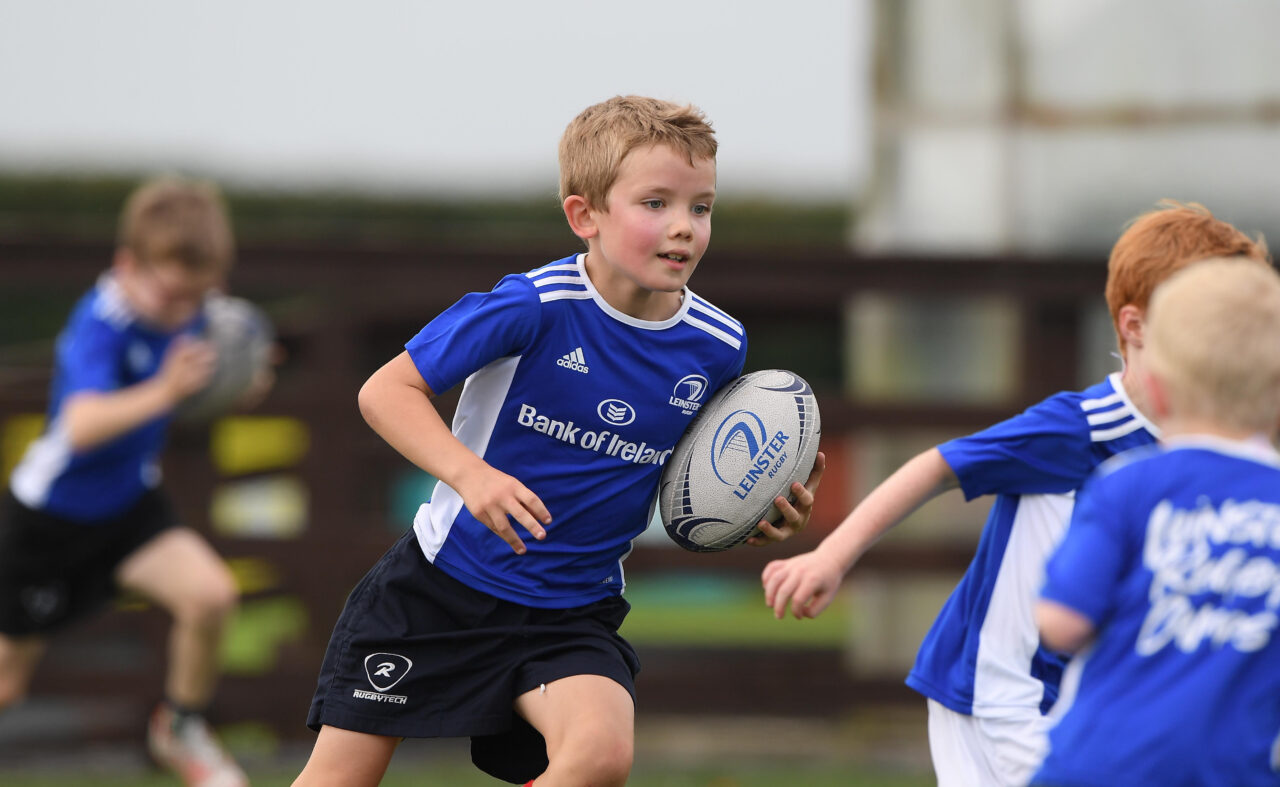 The 2021 Bank of Ireland Leinster Rugby Summer Camps have now officially sold out, however some places remain on the Inclusion Camps.

Nearly 3,200 children have signed up for the 32 camps across 29 different venues, an increase on last year’s attendance number.

Subject to a green light from Government and NPHET, these camps will run in a Covid-19 compliant manner across the province during July and August.

Our Summer Camp programme is aimed at girls and boys aged between six and 12, while the Inclusion Camp are for those aged eight to 12.

Due to the ongoing pandemic and with the health and safety of attendees and staff of paramount importance, our camps will run similar to last summer.

As well as receiving coaching in how to play the Leinster way, all camp-goers receive an adidas t-shirt, Rhino rugby ball and drawstring bag.

In addition to the summer camps, there are over 1000 participants already signed up to this years Leinster Rugby School of Excellence, which takes place at The King’s Hospital in July and August.

All of the Bank of Ireland Leinster Rugby Camps will continue to work within the Government guidelines but will of course focus on playing rugby in a fun environment.