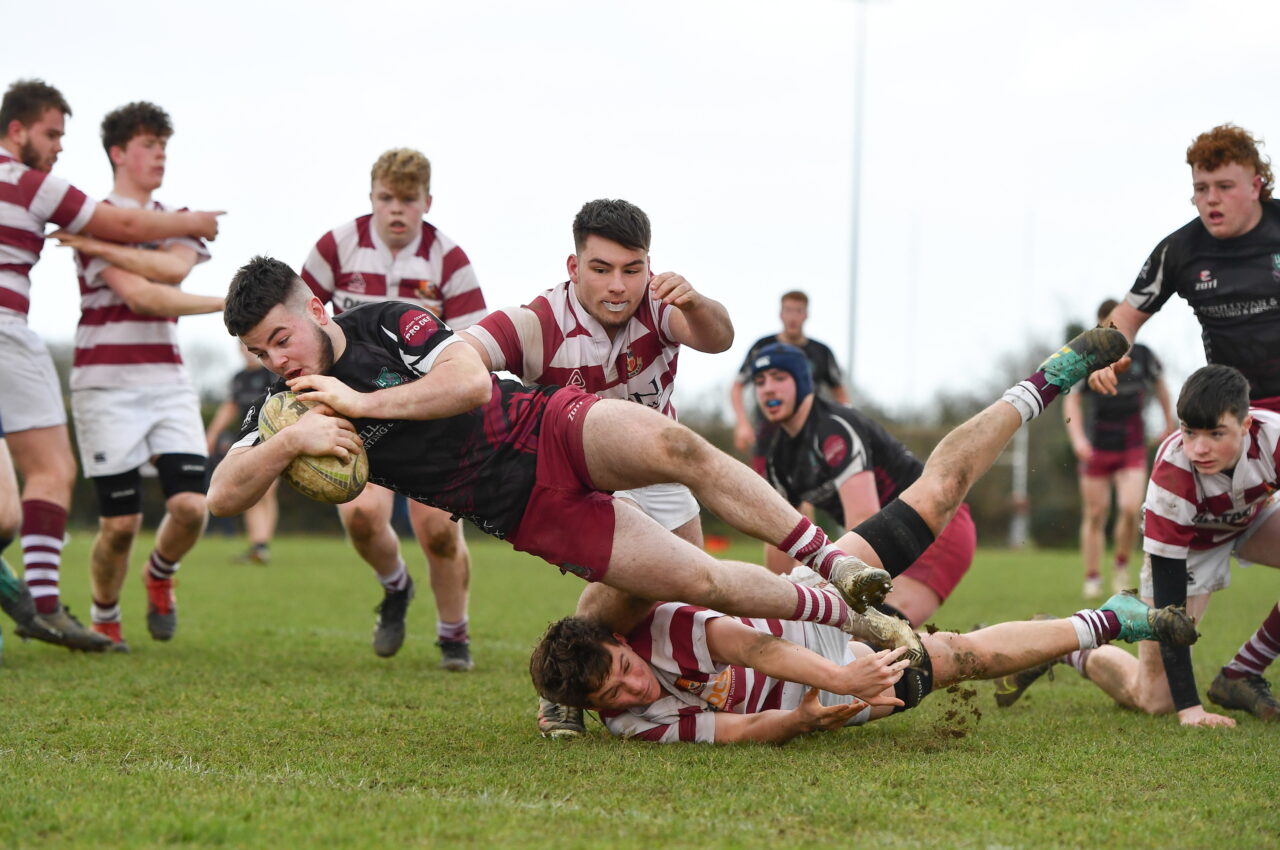 The Bank of Ireland Leinster Rugby Tom D’Arcy Cup got underway at the weekend with five fixtures down for decision.

Unfortunately, Arklow had to concede a walkover to Tullamore whereas Skerries, Tullow, Portlaoise and Mullingar played their way into the second round.

Skerries owed six of their eight tries to full-back Josh Ericson and left-wing Christian Mason, each picking up a coveted hat-trick in Drogheda.

If you wanted to see running rugby, a hatful of tries and plain entertainment, Shamrock Lodge was the place to be.

Mason was first on the scoreboard, benefiting from swift work from his inside backs to finish in the left corner in the 10th minute.

Then, it was Ericson’s turn to put on the after-burners from a 40-metre break that made the conversion automatic for Ethan Shannon.

Boyne were not exactly tame in response, showing their skills to create a try for tighthead Ivan Murray in the left corner, Tadgh Lynch landing a superb touchline conversion for 12-7 in the 18th minute.

The football skills and pace of Ericson were on show when kicking and gathering for out-half Shannon to convert, making it 19-7 at the break.

It looked like ‘game on’ when Boyne narrowed their focus to hammer home a try by Euan Canniffe from a series of pick-and-drives in the 40th minute..

However, the tie was effectively killed off when Skerries pounced for four tries in 10 minutes, starting with another by Ericson from 35 metres out.

A brace for Mason, the first from Ericson’s grubber and the second came from concerted pressure, completed his hat-trick.

A stunning individual try from centre Tom Grehan and a team-oriented creation started and finished by No 8 Ben McKiernan iced the game.

At this point, Boyne demonstrated admirable fight in posting four tries in the final 15 minutes. 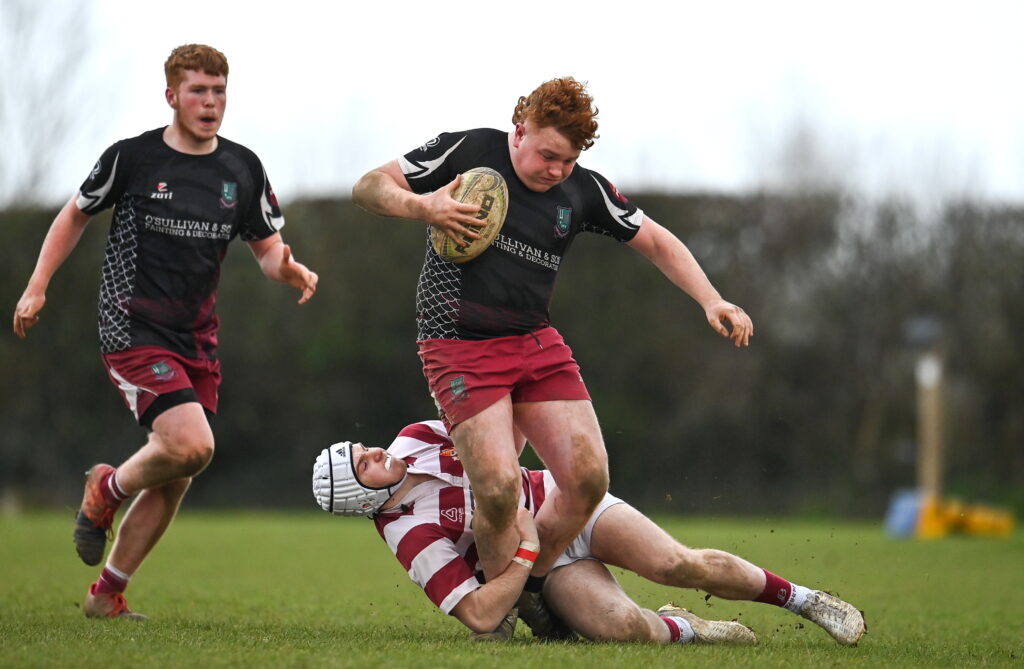 Canniffe got in for his second, replacement hooker Danny Little poached a pair and centre Charlie Toolan completed their set of six.

Two tries from Fiach Kavanagh and Conor Elliott in the third quarter enabled Tullow to push past Portarlington at Lea Road.

The Carlow club got their legs under them and made headway through the forwards, impressive second-row Ben Lawless finding the line for 5-3 in the 20th minute.

They moved ahead from out-half Adam Johnson’s converted try to hold a 12-3 advantage at the break.

Tullow took control in the third quarter as front-rower Kavanagh, converted by Johnson, and lock Elliott struck for the third and fourth tries, respectively, for 24-3 in the 48th minute.

Tighthead Cillian McHugh was on the end of a period of pressure for a try, converted by Hynes.

However, a red-card to Hynes preceded Portarlington’s most productive period in which Tullow lost two players to the bin as the game threatened to get out of hand.

Portarlington centre Liam McCarthy broke forward for the last try, converted by centre Ben McMahon to make it a one-score game. That is the way it stayed.

The decision of the home club to enter two teams into the competition came back to haunt them as they were only able to field 12 players at Park Lane.

Understandably, due to the impact of Covid, the rules allow for a match to go ahead as long as there is a minimum of 12-a-side. 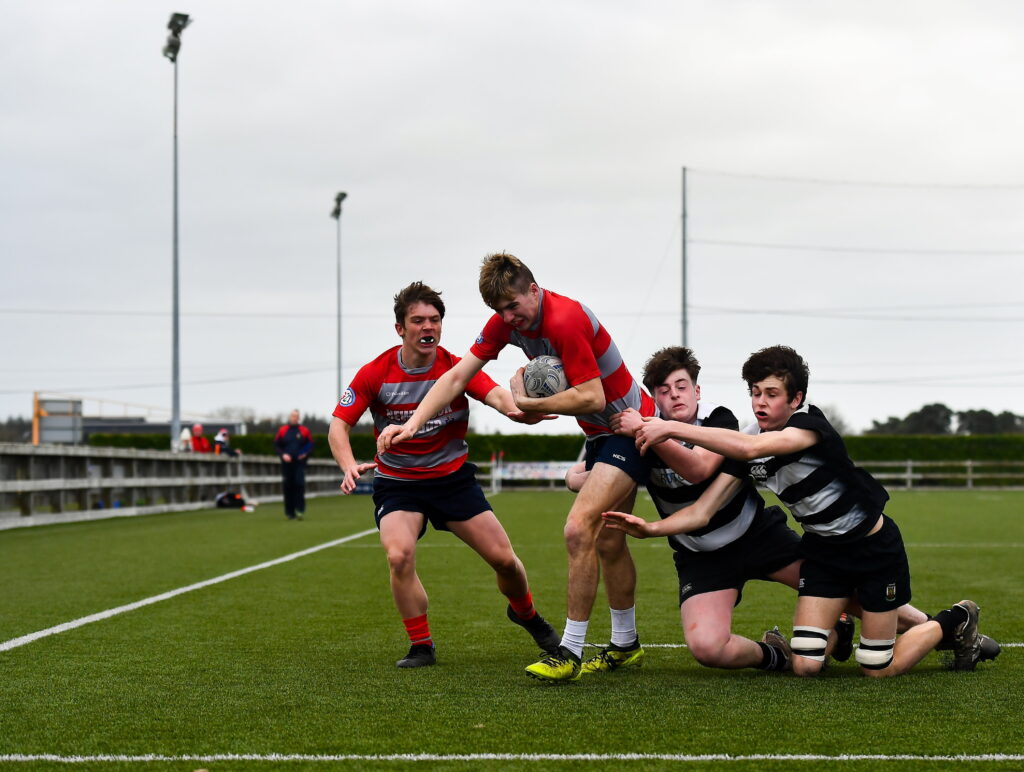 There was an agreement for Wexford to concede the match should an injury occur and that came to pass when prop Daniel Hamilton-Foley suffered a shoulder injury close to half-time.

By that point, the older, more mature Portlaoise boys had built up a 33-5 advantage, beginning with an early try by prop Billy Kerry, converted by scrum-half Matthew Coonan.

Wexford were able to engineer a fine response when wing Evan Murphy gobbled up the ball from the restart to make it 7-5 in the eighth minute.

All the while, Wexford had strong performers in Niall Power, out-half Pierce Doyle and Christy Joss, playing out of position at No 8.

No doubt, Portlaoise will have stiffer tests ahead of what was an unfortunate end to this first-round match.

Mullingar marched ruthlessly through Kilkenny, Darragh McCormack the standout with four tries, in a one-sided affair at Shay Murtagh Park.

The gulf in organisation and penetration was wide as Westmeath wasted no time in exerting their superiority, Dan O’Connor starting the ball rolling with the first of 13 tries.

The scrum-half racked up 19 points from the seven conversions he added through the game, even though out-half David Williams claimed the first. 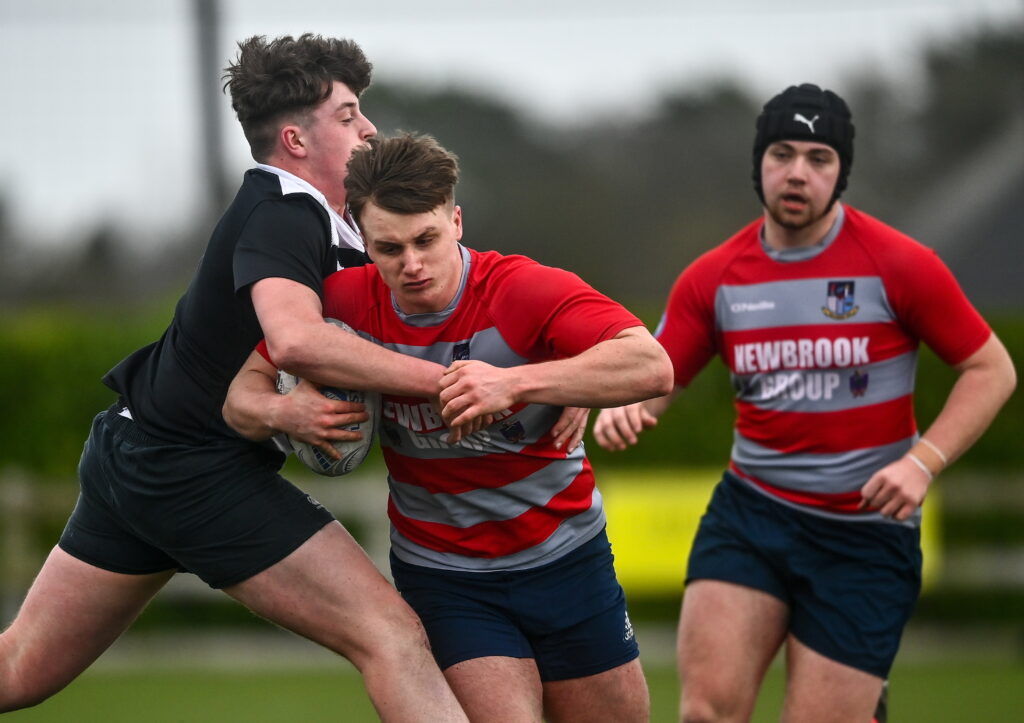 Centre McCormack rattled off four and No 8 Jack Sweeney plundered a hat-trick, reflecting their impact on proceedings.

Kilkenny hooker Donal Kealy and tighthead prop Barry Dunne excelled in the trenches and there were tries by scrum-half Aaron Askins and centre John Kenny.

It came as a reward for the collective, especially the work rate of flanker Joe Murray and the competitiveness of scrum-half Ben Crow.

They were a temporary resolution to the problems which led to further tries by left-wing Jack Ford, hooker Matthew Bruton, flanker Ross Ashmore, second-row Eddie Glass and centre Dylan Briody.