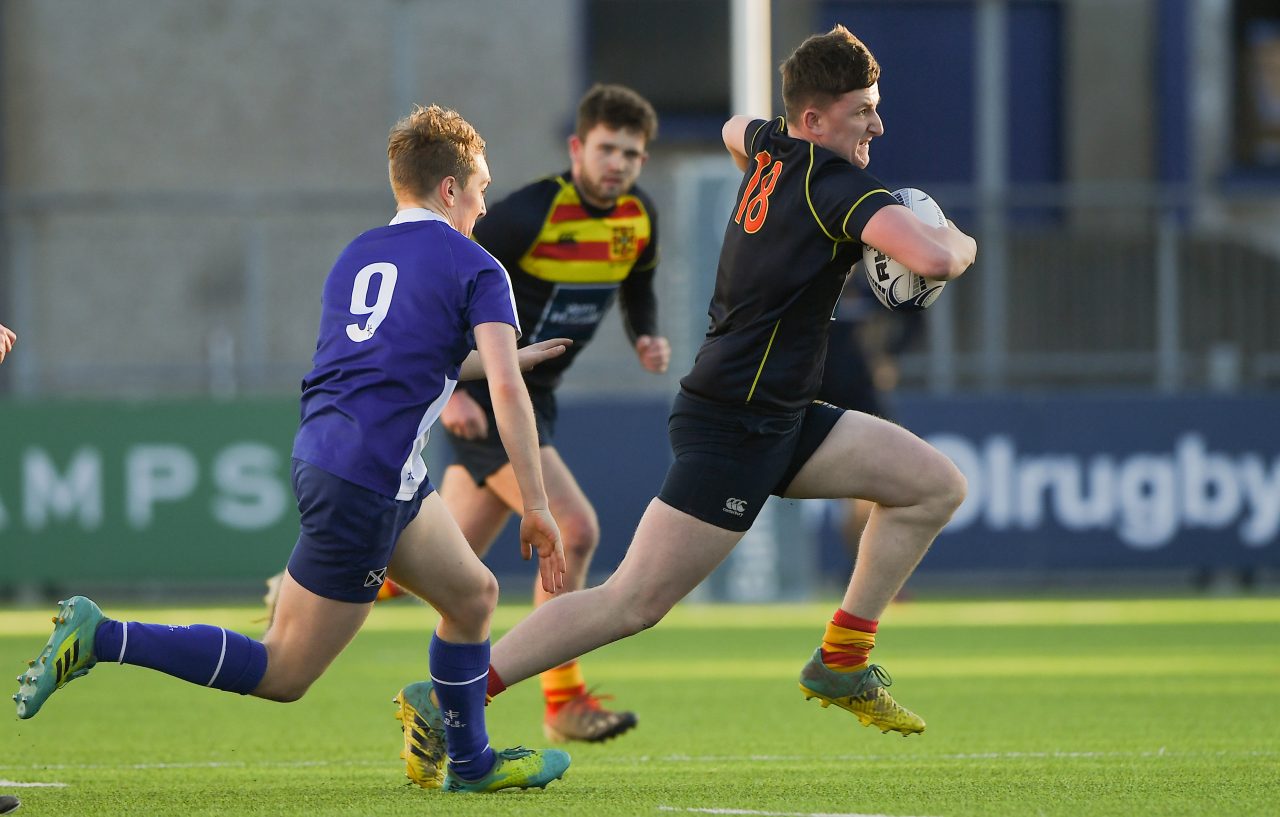 The first round of the Bank of Ireland Vinnie Murray Cup kicked off today with wins for Temple Carrig School, Newpark Comprehensive and Pres Bray.

After a first half with limited scores due to the impact of a strong breeze, Andrew’s held a slender 8-6 advantage.

Despite a late Andrew’s fight-back led by captain Nathan Murphy and Cian Plower-Walsh, it’s the Wicklow school who progress.

The Blackrock outfit started the livelier of the two and, by the time the long whistle sounded for half-time, they had accumulated a 19-5 lead.

Tries from Peter Agnew, Adam Faulkner and Aidan Duffy were just reward for their dominance.

After the restart, they continued in commanding fashion with Leon Gallagher and Finn Tierney both adding to their tally.

Lastly, there was the second game of the Energia Park doubleheader where Presentation College, Bray took on Skerries Community College.

The Bray school were in ruthless fashion and after conceding an early penalty to go 3-0 down, they quickly fired back.

Tries from Peter Ford, Harry Kenny and Jack Treacy before the 10-minute mark put them 16 clear.

Before the break Killian Bourke, Stephen Corry and Ben Robinson also crossed the whitewash to give Pres a 3-36 half-time cushion.

There was no let up in the second half as Kenny, Robinson, Ford, Sam Kearney and Andrew Crocker adding five-pointers while Corry and Gavin Rochford converted seven of those tries over the course of the game to bring it to 69-3.