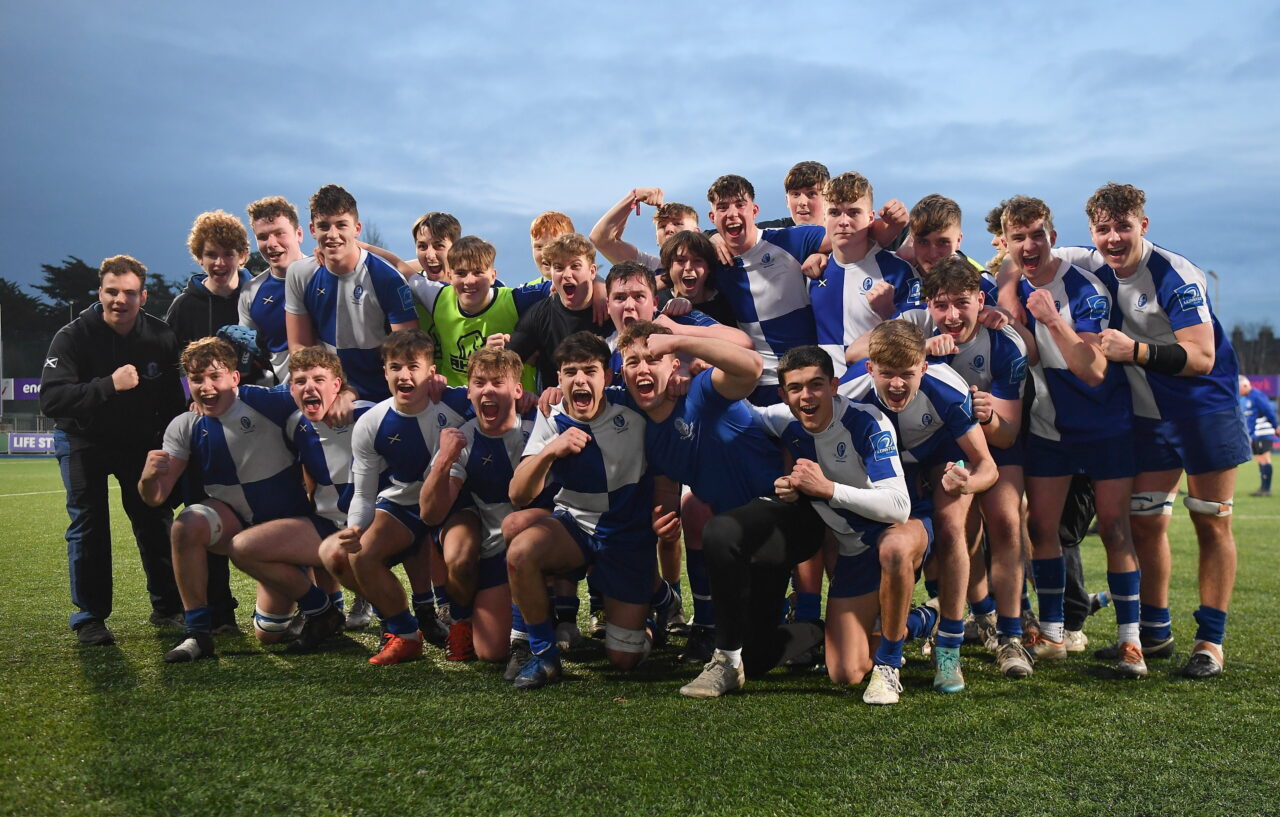 There was also a place in the Leinster Senior Cup First Round at stake as well, CUS and St Andrew’s accounting for St Fintan’s and Temple Carrig, respectively.

CUS 46 ST FINTAN’S HIGH SCHOOL, SUTTON 17
Holders Catholic University School will take all the beating in the final.

St Fintan’s love of width paid early dividends when full-back Finn McDonald could have put Joshua Hansen in on the left and Shane Patterson did put Conor Toomey over on the right in the third minute.

CUS were on the verge of hitting back immediately when they were turned over close to the whitewash.

No matter, they came again, the centre combination proving the difference as Sean Byrne sent Rian Treacy hurtling to the line, Niall Cox converting for 7-5 in the ninth minute. 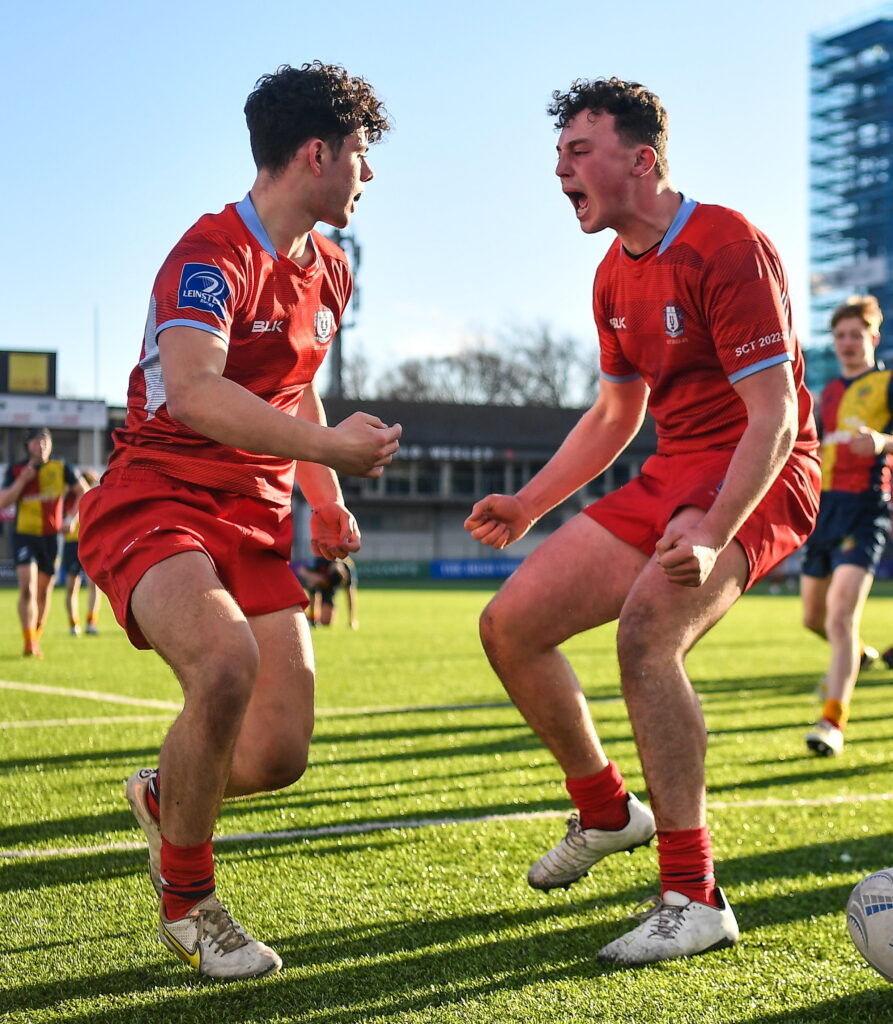 They wasted no time in threatening again until Lucas Maguire had the ball ripped away by Robert Harvey and Jack Grant couldn’t connect with Senan Campbell on the overlap.

The speed of ball for CUS was troubling the defence. Quick passes put wing Sean Turner on the outside, Treacy’s support earning a second try for the centre in the 28th minute.

When Dylan McNeice broke the gain line, the recycle came at speed for Campbell to claim a try for 17-5 at half-time.

St Fintan’s were causing problems when they got into their flow, Tadhg O’Connor-O’Hehir finding the line in the 44th minute.

But, CUS always had an answer, sweeping up the left for scrum-half Charlie O’Byrne to touchdown for 27-10 in the 47th minute.

However, the Sutton school was back for more soon enough, flanker Tadhg O’Connor-O’Hehir grounding for his second, Oscar McCormack converting.

The back and forth continued as replacement Eoghan O’Reilly sliced through the cover for the clinching score.

Sean Turner picked off a lovely individual effort, chipping and gathering his kick, and Eamon McNicholas closed the show, Cox adding the extras to both.

It was also good enough to set up a Leinster Senior Cup First Round tie against Gonzaga at Castle Avenue next Friday week.

The frantic opening skirmish was punctuated by mistakes and indiscipline between two teams a little over-eager in their play.

Once the initial adrenalin rush subsided, Temple Carrig moved into position to strike, prop James Noonan being held up over the line

The Greystones school played through their forwards, Dylan Potts leading the charge, to provide the platform for backs Rhys Morgan, Rhys Gamble and Jack Ward to threaten.

St Andrew’s were restricted to defensive duties, hitting anyone with a ball as flankers Josh Perrem and Rocco Hill waded into the breakdown.

Their first serious attack brought maximum reward when Francis Manzocchi launched a crossfield kick that bounced up beautifully for Harry MacChesney to grab. 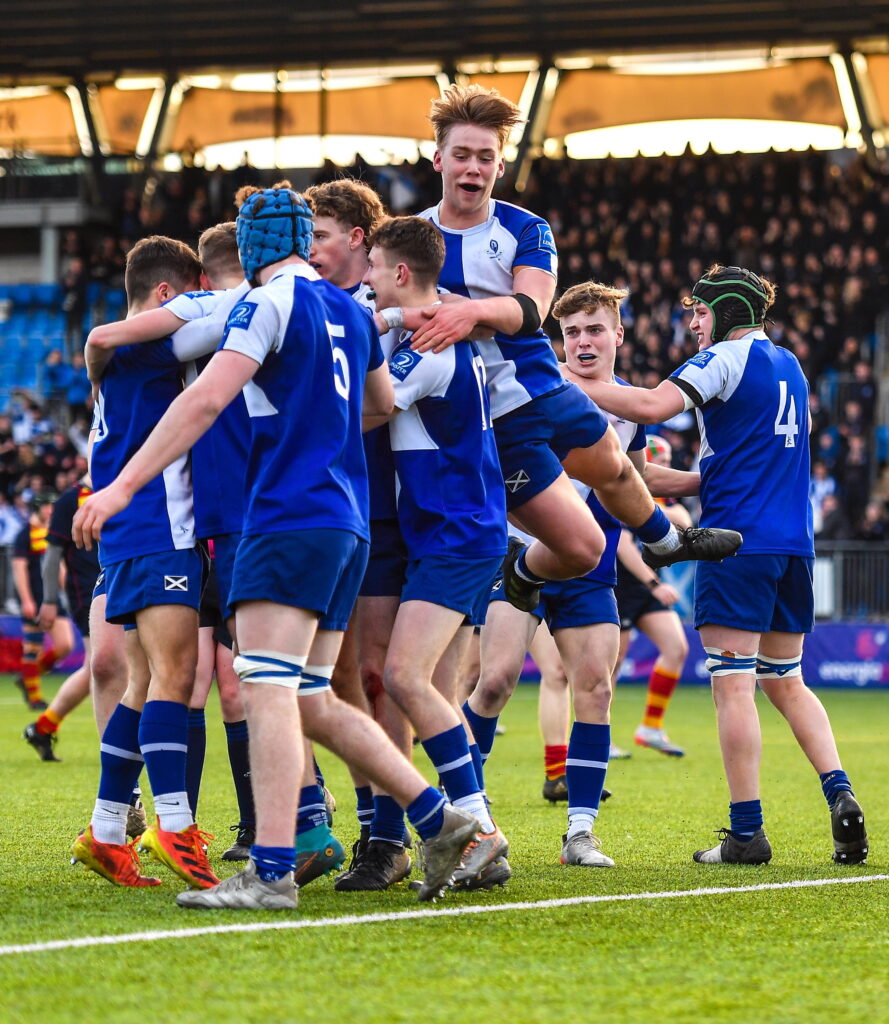 From there, the right-wing avoided the first tackle and ducked out of a second to score against the run of play for Joe Ballance to convert in the 28th minute.

They were back on the front-foot to force a penalty at a ruck. Centre Ballance stepped up to make it a 10-point lead.

Temple deserved better. They just could not put the finishing touch to their fine work, settling for an Ollie Barr penalty.

However, the Booterstown school reacted calmly, Adam Tobin moving well from a scrum and Charlie Byrne flinging a pass for wing Jake Dolly to reach the corner, Ballance converting from the touchline for 17-3 at the break.

The application of pressure produced a penalty for Barr to narrow the gap before Ballance pinged a penalty in the 41st minute.

Temple number eight Adam Williams and centre Morgan almost unlocked the defence. Flanker Lukas Zdunek did just that from a Barr break for the latter to convert in the 45th minute.

It was all about composure from there on, Temple carrying from deep and St Andrew’s looking to mine the wide channels.

In the end, neither one could impose their game enough to change the course of the game, leaving St Andrew’s relieved to hear the final whistle.