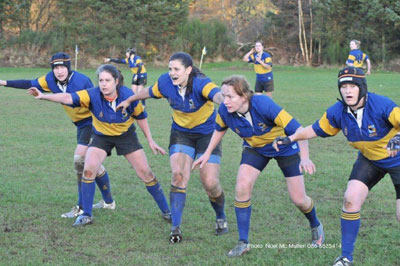 Leinster Women’s Rugby are launching their new season in style with an exciting Opener Blitz Day this Sunday, 12th September at Barnhall RFC, Leixlip from 10.30am-4.30pm…

Over 20 Women’s teams from all 4 Divisions will play a series of short games throughout the morning and afternoon.

In the afternoon playing in a combined Division 1 and 2 competition will be teams from Blackrock, Old Belvedere, St Mary’s, Cill Dara, Longford, Malahide, Navan and Portlaoise.

In addition to the Blitz the second Leinster Women’s screening day will also be taking place, with new Coach Dan Van Zyl in attendance all day watching for emerging new talent for the Leinster Women’s team.

It is an ideal day for young girls thinking about playing rugby to come along too, a lot of the teams on the day also have or are in the process of setting up Mini’s girls and Youths teams. There will be plenty of information there for them about local teams in their area, meet their coaches and get info on the Club and training times.

If you are interested in being involved in Girls or Women’s Rugby in any way please contact Jennie Bagnall, Leinster Women’s Development Officer on 086-3322136.